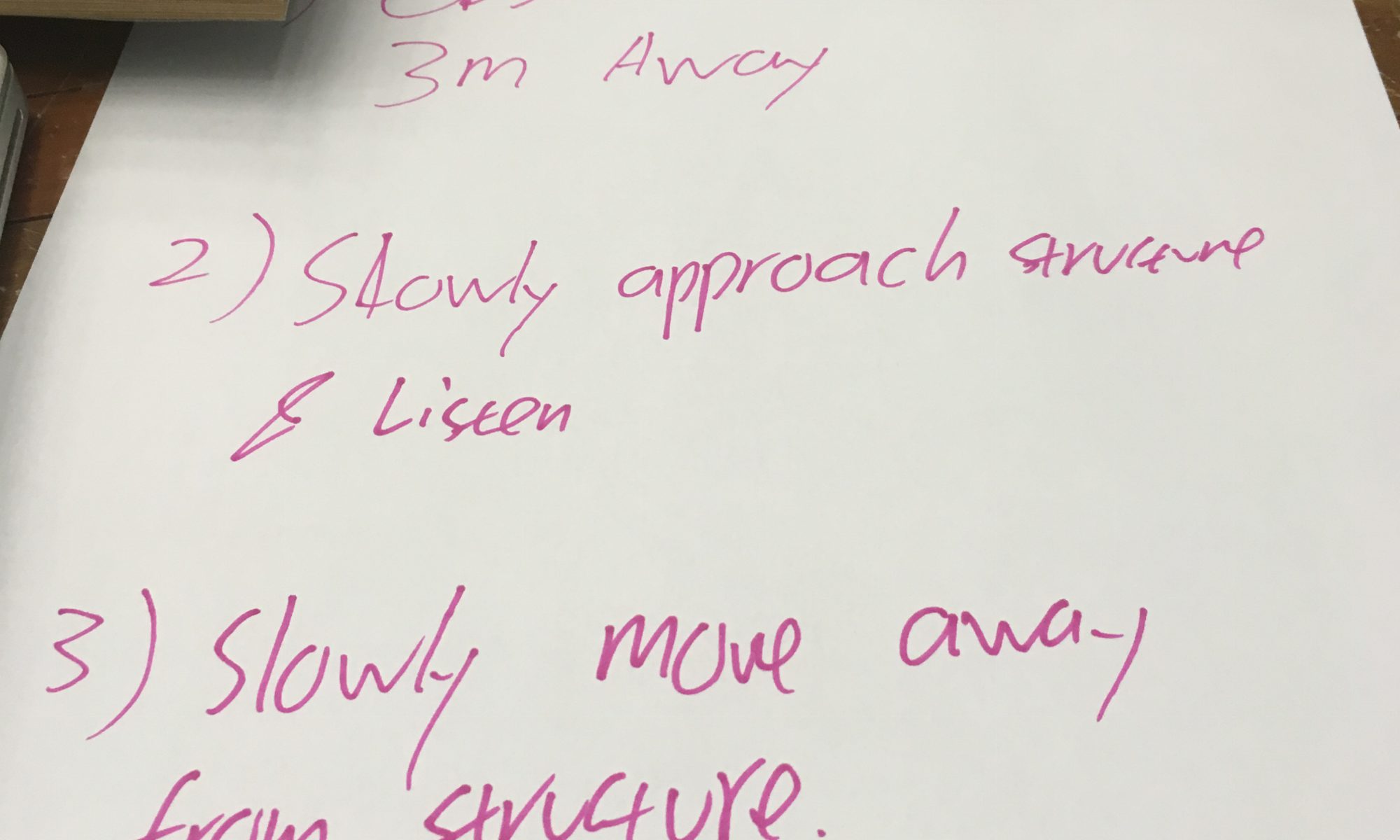 For the body storming session, we tried to figure out how the modules would look like, taking in consideration the fact that their mechanisms have to be visible and the module to be mobile. The module is tentatively a metal bracket with a solenoid on one end and the pen on the other. The modules would be fixed onto rods that allow them to rotate freely to point at the participant. To mimic the chaotic sounds from the pen, we ran multiple online metronomes at the same time and closed the tabs accordingly to match the interaction. 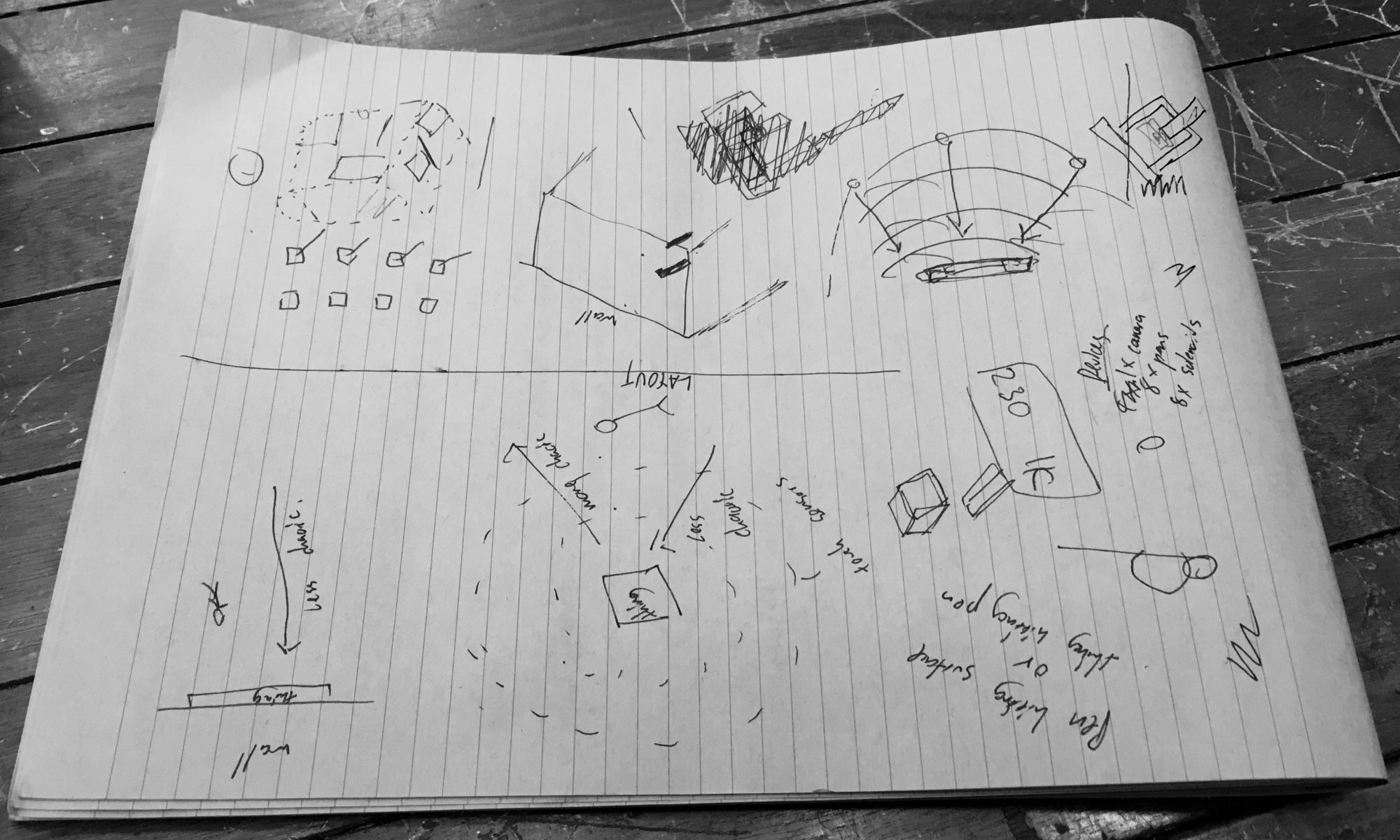 The project that me and Nok Wan are working on plays on the idea of comfort and repetition in sound. We decided to create a device that clicks pens in an unorganized chaotic rhythm but will click in synchronization when the audience moves closer to the object. Through the sketches we decided on two optional modules, the wall module and the box module.

The box module features a 360 approach where the audience can move towards the work from all directions. The sensors would then have to accommodate this angle of direction.

The wall module on the other hand only has to sense the audience moving towards it from one direction. The flow of wall-mounted works also allows us to consider changing the interaction to the flow of human traffic instead, similar to the basement walkway space at the esplanade. We also considered making the module turn towards the audience as they approach the work.