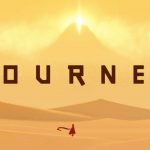 by Muhammad Shaherfi Hadi on January 22, 2019 in My Work, Research

What is Journey Journey (2012) is an indie artistic adventure game developed by Thatgamecompany and published by Sony Computer Entertainment. You the player, takes control of a mysterious red robed being who explores the ruins of an ancient civilisation to try and reach the top of a mountain. What is most unique about Journey is that it tells… Read more → 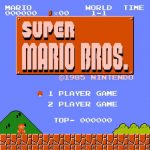 by Muhammad Shaherfi Hadi on January 19, 2019 in Research

Super Mario Bros. Super Mario Brothers(1985) is a platformer adventure game designed by Nintendo’s Shigeru Miyamoto and Takashi Tezuka developed for the Nintendo Entertainment System (NES) In this game, the player controls an Italian – American plumber by the name of Mario and travels through the Mushroom Kingdom to save it’s Princess, Princess Toadstool (who in later iterations… Read more →