Experimental interaction mid-term project demo Summary Title: Pet Cactus What?: Pet cactus is a programme that visualises the amount of light that your cactus receives into the virtual world giving your plant a second life in your computer. Ideation So we came up with this idea firstly from the “Pet Rock” and how it would be cool if the pet… Read more → 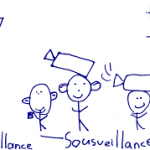 by Muhammad Shaherfi Hadi on March 28, 2018 in Research

The article “Sousveillance: Inverse Surveillance in Multimedia Imaging” was an enlightening read. What struck out the most to me, was firstly, how the author accidentally discovered sousveillance through cyborg discrimination. What is interesting here is not that there is discrimination. Discrimination will always be prevalent as it is only human nature to fear what is different from use. What I… Read more →

“Data visualization is a general term that describes any effort to help people understand the significance of data by placing it in a visual context. Patterns, trends and correlations that might go undetected in text-based data can be exposed and recognized easier with data visualization software.” http://searchbusinessanalytics.techtarget.com/definition/data-visualization Sven Carlsson and Martin Bellander’s data visualisation of colour used in oil paintings… Read more →

Do it with Others culture

by Muhammad Shaherfi Hadi on March 20, 2018 in My Work, Research

The Do it Yourself(DIY) culture has always struck me as something strong willed as you are taking matters into your own hands. Be it either assembling your own furniture or creating something that you need from scratch, it always leaves you with a sense of accomplishment and I find that very admirable. Do it with Others(DIO) culture, a spin off… Read more →

Bags, Handbags, purses throughout the ages and across cultures

https://www.readersdigest.co.uk/lifestyle/fashion-beauty/the-evolution-of-the-handbag Discovered in Germany in 2012. It is studded with dogteeth from  2,500 and 2,200 B.C.     From the 16th century, women often wore a decorative clasp at the waist with a series of chains attached, called a chatelaine. Suspended from it were useful household accessories such as scissors, keys, and sewing tools. Crafted from precious metals, chatelaines were considered as… Read more → 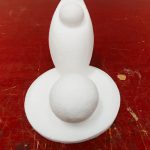 by Muhammad Shaherfi Hadi on March 1, 2018 in My Work, Sketches & Model-Making

Designing  a Phone dock When thinking of a design for a phone dock, I thought about how the design should go two ways. Either it should be super PORTABLE or extremely ELABORATE. I created these two criteria because , why would someone buy a phone dock anyway? Most of us common people would use our wallets or any random objects around us… Read more →