Nier: Automata, a masterful deconstruction of the JRPG genre

NieR: Automata (Square Enix, 2017) is a game set in a dystopic future, where both humans and the aliens who invaded earth, are no more. What is left however are the androids, who were created by man in man’s image, and the machines, inventions of war created by the aliens. The story follows these two factions as they both battle their own existentialism. This profound work of art was created by Yoko Taro, a game developer and an eccentric man who is infamous for creating games that subverts the player’s expectations and deconstructs what games are. In this essay, I will discuss how NieR: Automata goes beyond just fulfilling the three elements of interactive art, that is, Interactivity, Hypermedia, and Immersion.

Like all games, Nier: Automata fulfills the basic criteria for interactivity. That is players can give input through button commands. This is then translated through the game’s code and the console, and an output, or reaction appears on the screen. 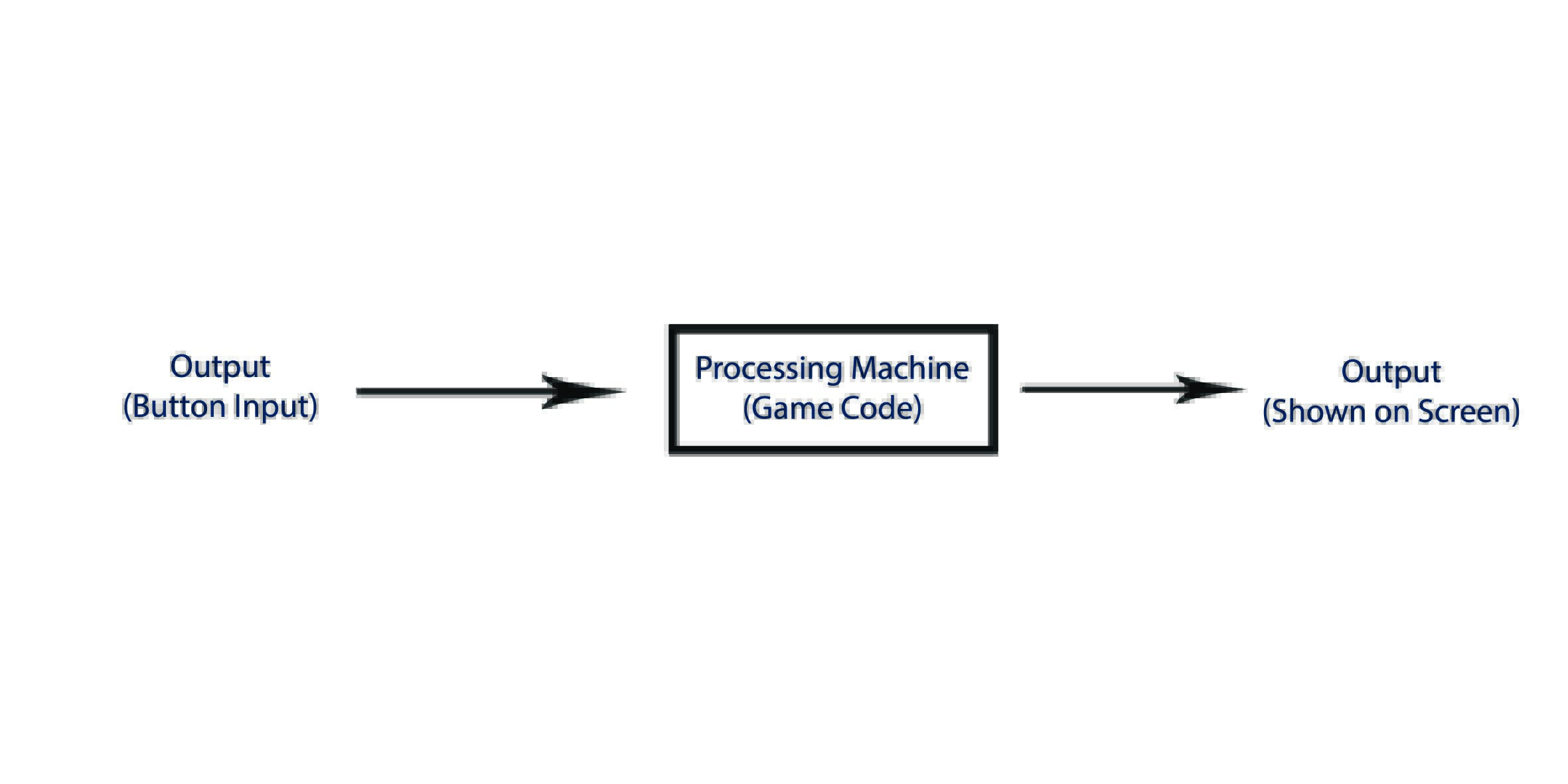 But from the two articles we have read in our lecture, Norbert Wierner’s, 1954, “Cybernetics in History” and Roy Ascot’s, 1966, “Behavioral Art and the Cybernetics Vision”, we learn that Interactive Art pushed this further by introducing entropy. NieR: Automata as a game provides choices (Chaos/Entropy) in many different forms, eg. Choice of weapons, and the game translates this to many different outcomes ,eg. Different combat styles. 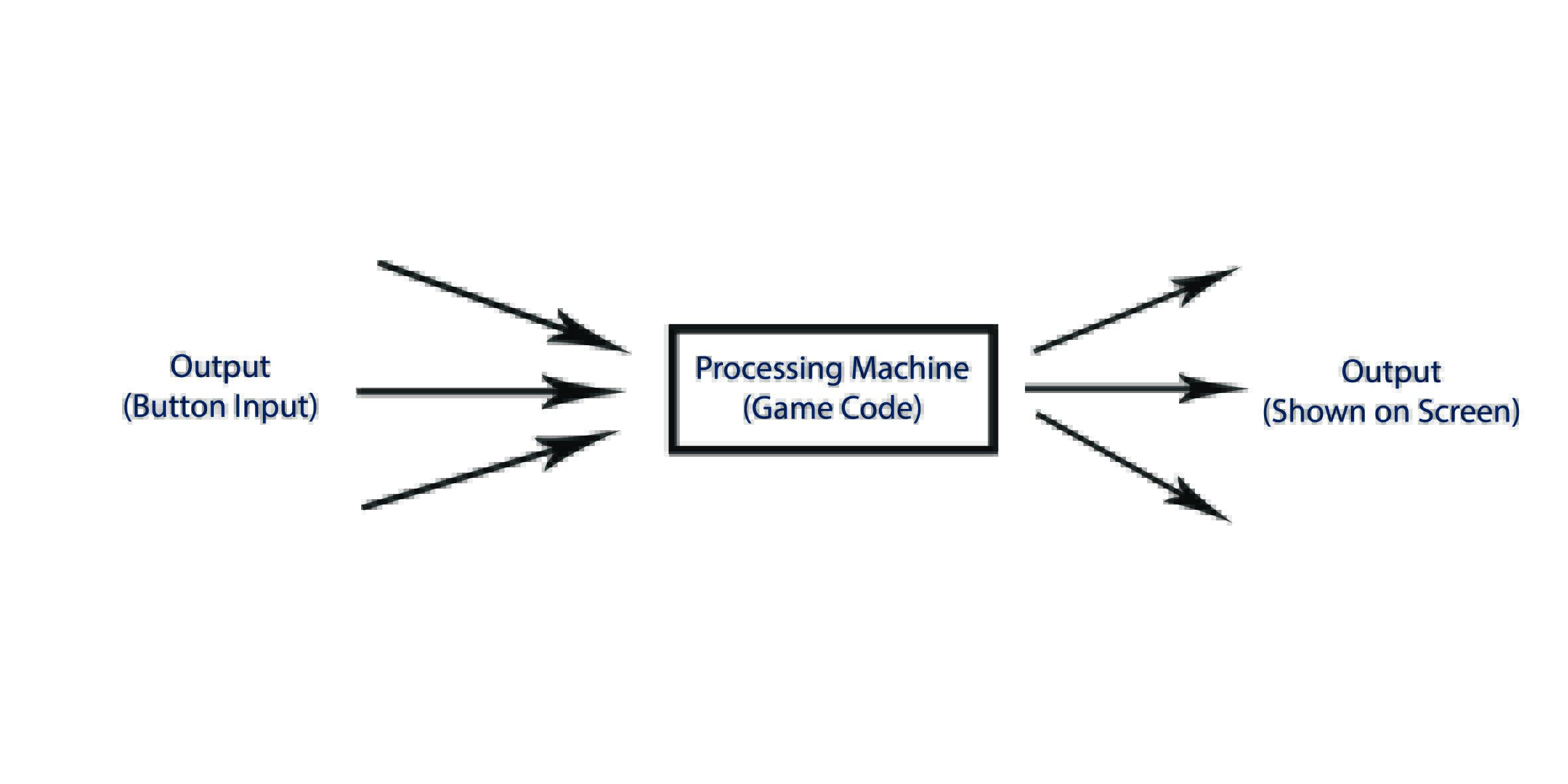 Nier: Automata also ensures that the player knows what they are doing. That is, it makes the player aware that the decisions they are making results in the output they see on screen. A game, like any interactive artwork, is every changing. Your playthrough of the game will always be different from the next and thus each interaction becomes personal. Being aware of this heightens the interactivity. Why? Only when the participant is aware that they are providing the input and that the cause of the output is due to their actions would they be able to make sense of the chaos the artwork provides and experience interactivity. Otherwise, it would only be chaos. In my opinion, for Chaos to be considered art, there must be order.

Lastly, Nier: Automata separates itself from other games by adding an extra layer through subverting the player’s expectations. That is, the output from the player’s actions either have a deeper meaning that the player only realizes much later on, or the output is one that is unexpected. Once the player realizes this, their output becomes more weighted. Thus, through subversion, Nier: Automata pushes interactivity to its pinnacle. 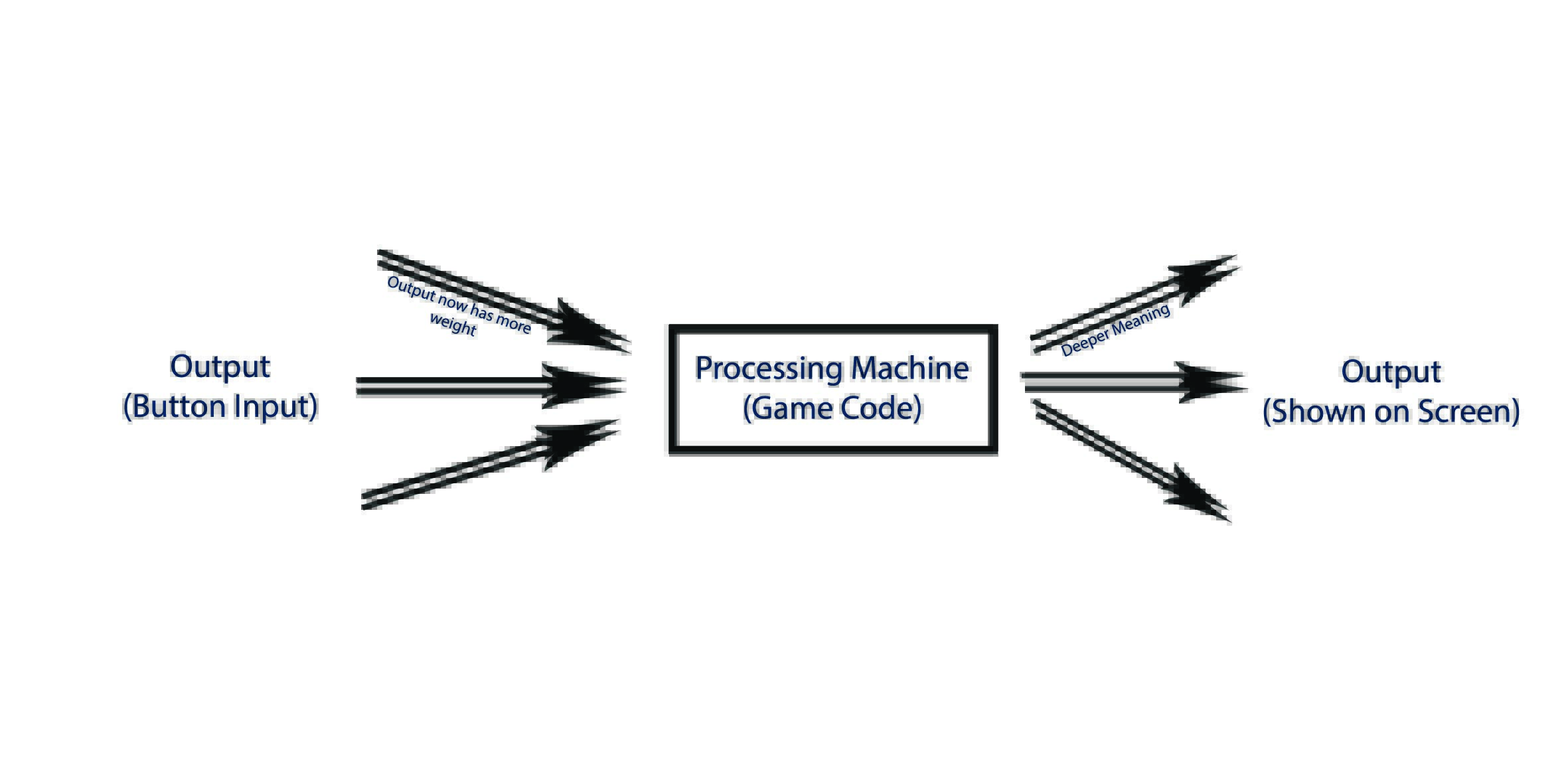 From the two readings discussed during the lectures, Venevar Bush’s 1945 “As We May Think” and Alan Kay’s and Adele Goldberg’s “Personal Dynamic Media”, we learn how these visionaries strived to reinvent the way we store and retrieve information. They argued that information should be stored in such a way that it does not have to be retrieved in a restricted linear fashion (as we have always done with books and records). This was because they noticed, as humans, our thoughts work through associative thinking. We see this evolve and culminate through non-linear storytelling. Games, I believe are a good example of this. Games have come to the point where we can choose the path our protagonist takes (visual-novel games), affect the outcome of the story with our actions (role-playing games eg. Dragon age, telltale games), and partake in mini story lines that branch off the main story line (side quests). NieR: Automata as a JRPG ( Japanese Role-Playing game) is no different. In NieR: Automata you play through the game multiple times following one of the three protagonists and each time you play, you gain a different perspective of the storyline. 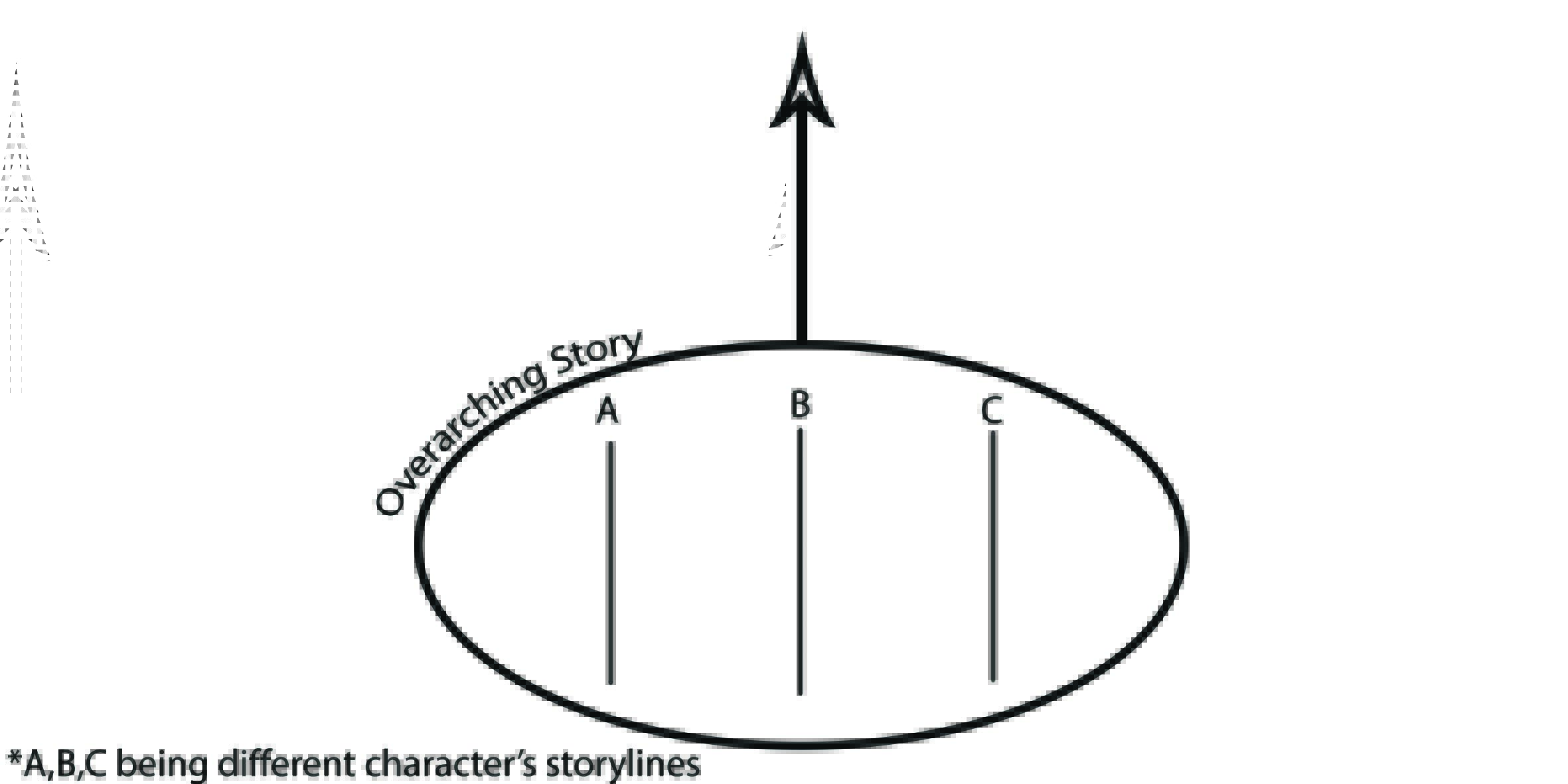 NieR: Automata however brings this further once again through subversion. The first time the player plays as the first character, they actually receive an incomplete picture. Yoko Taro masterfully designs the game such that you are inclined to make judgements based on preconceived notions on what a JRPG is and not realise that you only have an incomplete picture. 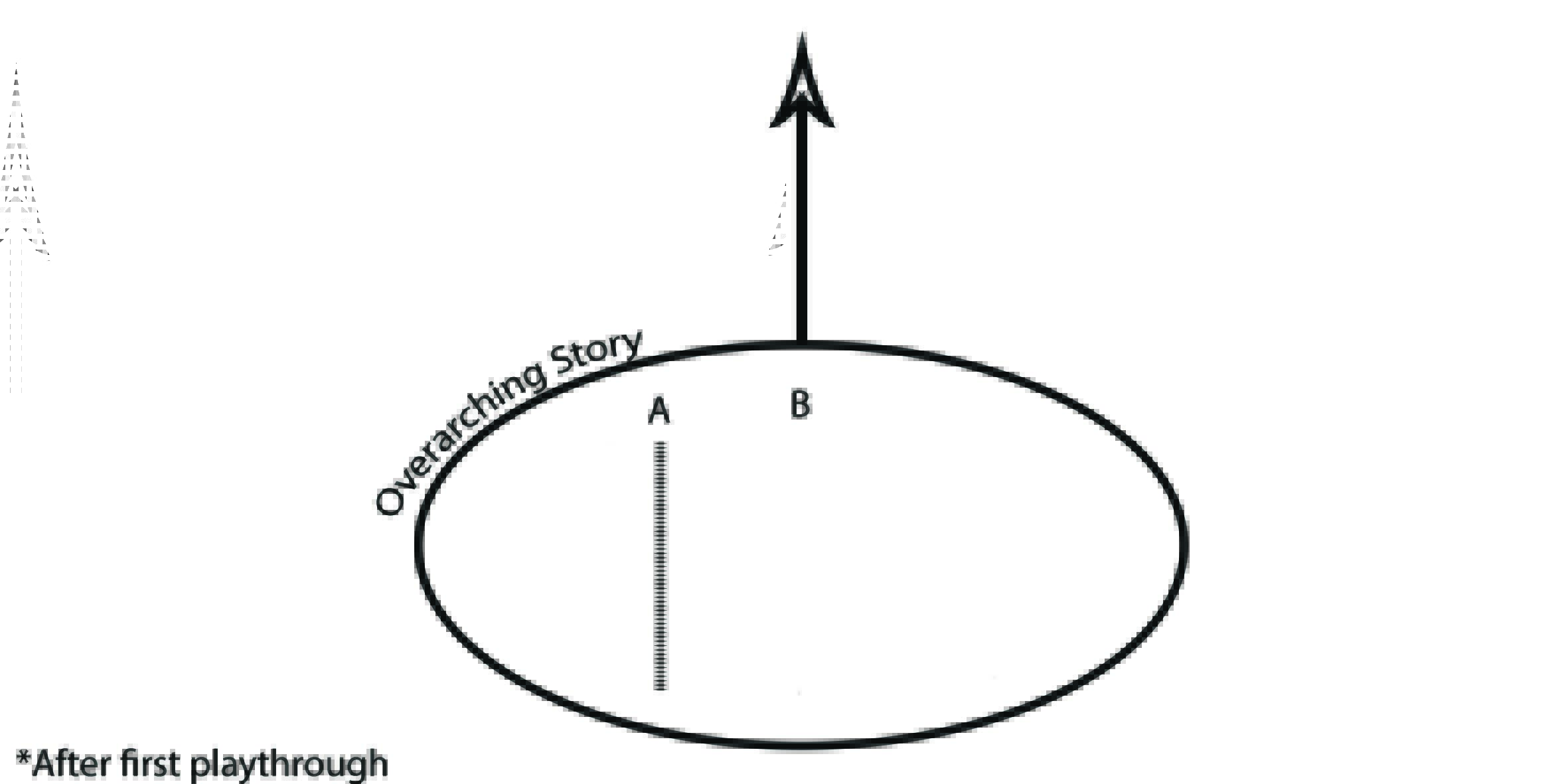 But after the second playthrough, you realise that there was actually much more to it. For example when you play as the first character 2B, you would go around killing the machines that from the start of the game appear to be the enemies. So like in any JRPG, you go around wantonly killing the “monsters” that you come across in your journey. But, when you play as the second character A2, you realise that these machines are much more than they appear. Like you, they have been left on this earth with their master long gone. And like you, they start developing their own individuality and purpose. Realising this, you start feeling horrible and emotional about the ones that you did kill.

In my opinion, non-linear storytelling is at its best when the different strands interact with one another to give you a different take on the overarching storyline. 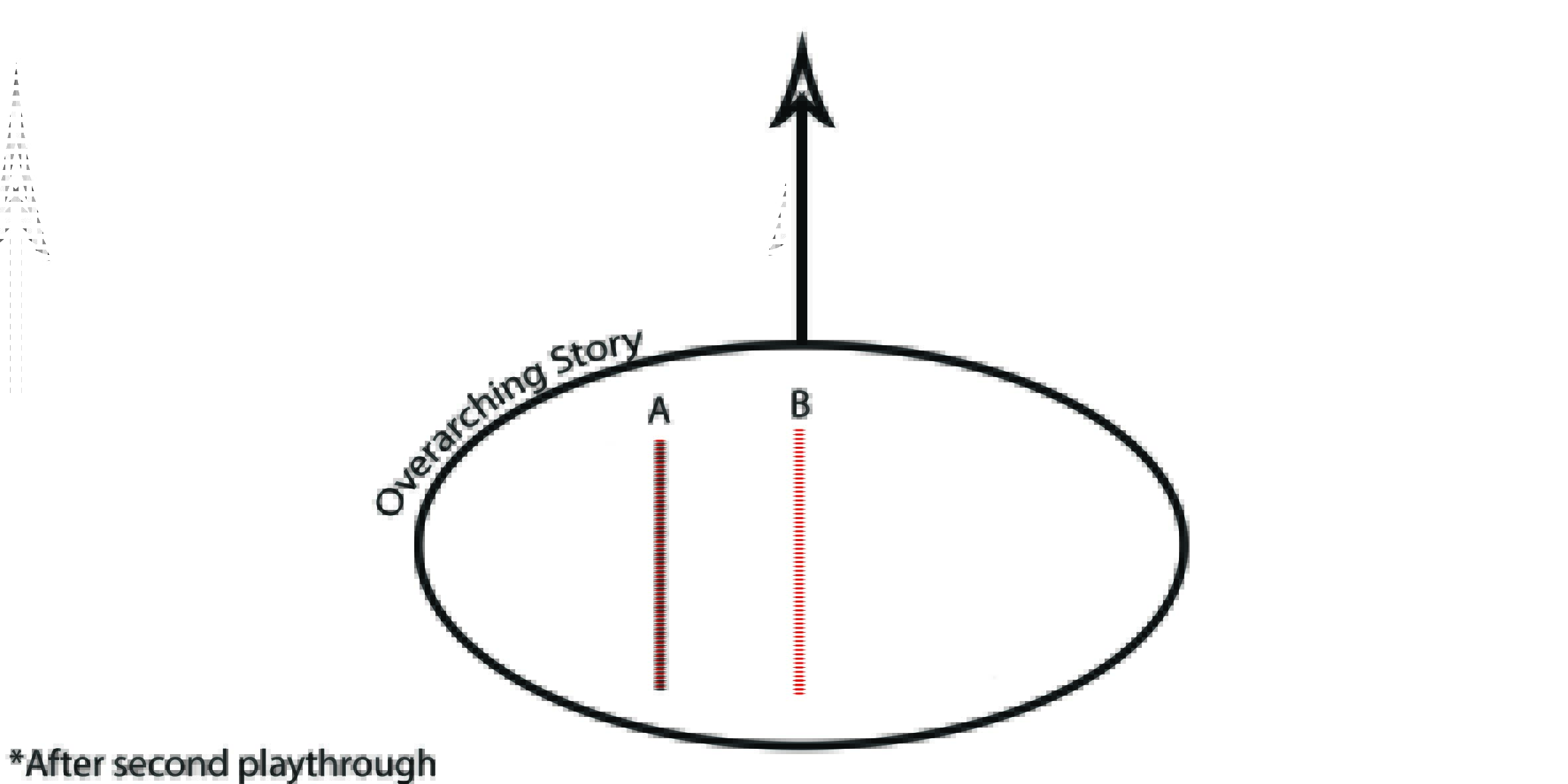 Besides this, Nier: Automata is also a game that answers core questions. In Venevar Bush’s article “As We May Think”, he was essentially asking “What do we take for granted” and deeper than that, he asks us to “think of the way we think”. He saw that the current methods of storing and retrieving information, which were the norm, were inadequate. Similarly, Nier: Automata is not just a JRPG, but a deconstruction of the genre. It takes the tropes of the genre and throws it back at the player. The game even at times, subtly insults the player.

Take this quote for example, this a message that appears during the second character’s playthrough. Now our first instinct is think that censored word is f*ck as the character 2B is very sexualized (as many characters in JRPGS are).

Thus it is calling out the players for their thoughts. On closer analysis however, there is more to this message. In a previous instance, there was another character that said the words f*ck but it was not censored. So why then is it censored now? Turns out the censored word is actually kill ( you find out in the story that 2B is actually not what she appears to be). There is an even deeper layer to how the game throws shade at the payer.

Thus, we see once again how Nier: Automata brings things a step further by subverting the player’s preconceived knowledge and expctations.

Now lastly, there is Immersion. From the two articles, Ivan Sutherland’s , 1965, “ The Ultimate Display” and Scott Fisher’s , 1989, “Virtual Environments”, we learn that to achieve the highest form of immersion an interactive work must engage physical presence, social presence, environmental presence , provide freedom of choice and also involve all 5 senses. Now the thing is older mediums such as books, television and cinema have been able to immerse the audience without the above criteria and yet a good book has never failed to absorb me into its world. I would say that the reason why it is able to do so, is because I am emotionally invested into the story. Thus I argue that for full immersion to occur, emotional presence must be engaged. This is the main way how Nier: Automata immerses the audience. It’s story and characters are all very human and relatable. In the story, we see how the characters we follow try to deal with being alone in this world. We even see how the characters deteriorate and fall into despair.

However the best example how NieR: Automata does this is through its final boss. Most JRPGs, the final boss is a false evil god that the players must overcome. In NieR: Automata the player instead battles the Ending Credits in a bullet hell style sequence. Yes, the ending credits. In other words, the player literally battles against the “Gods” that created this fictional world to give the characters they have followed closely thus far another chance, to correct the injustice that have been inflicted on them. However, it not only stops there. In most JRPGs we are usually given the option to either do the “right” or the “wrong” thing. Most of the time, this option is just an illusion. We are usually incentivised to the “right” thing and discouraged to do the “wrong” one.  NieR: Automata tests, this. It tests the player’s kindness and goodwill. During this final boss battle, it is practically impossible to defeat the final boss. Each time the player fails, they are given the option to give up and the game asks us why we continue even though we fail whilst encouraging words from other players all around the world could be seen in the background. After failing multiple times, you are suddenly joined by other characters. Other ships that significantly increase your firepower and help you get through the sequence. Each time one of these ships die, you see the player’s data getting deleted, promptly being replaced by another ship. Once this is done, you the player is given the option to do the same for another player, help them in their final boss battle. But at a cost. The player must give up their own save data, the culmination of all the time, work and emotion they have invested into the game, will all be gone. The game even tells you that you will not be rewarded for this, the person you end up helping might even be someone that you hate. The game gives players an opportunity to do a genuine act of kindness. And more than that, it invokes empathy from the player. They know how grueling it was to go through that final sequence without help. And now they can use that empathy to decide. In my opinion this is the first time a game has ever successfully taught players how to be kind.

In conclusion Nier: Automata is a poignant work of interactive art that brings the elements, interactivity, hypermedia, immersion above and beyond through masterful use of subversion. It asks philosophical questions and gets the player to reflect on the way things are. It is not only a story that asks whether robots and machines can learn to be human. But it questions the players, if us humans, can learn to be humans.

Thank you for taking time to read this essay and I hope you have a wonderful day !