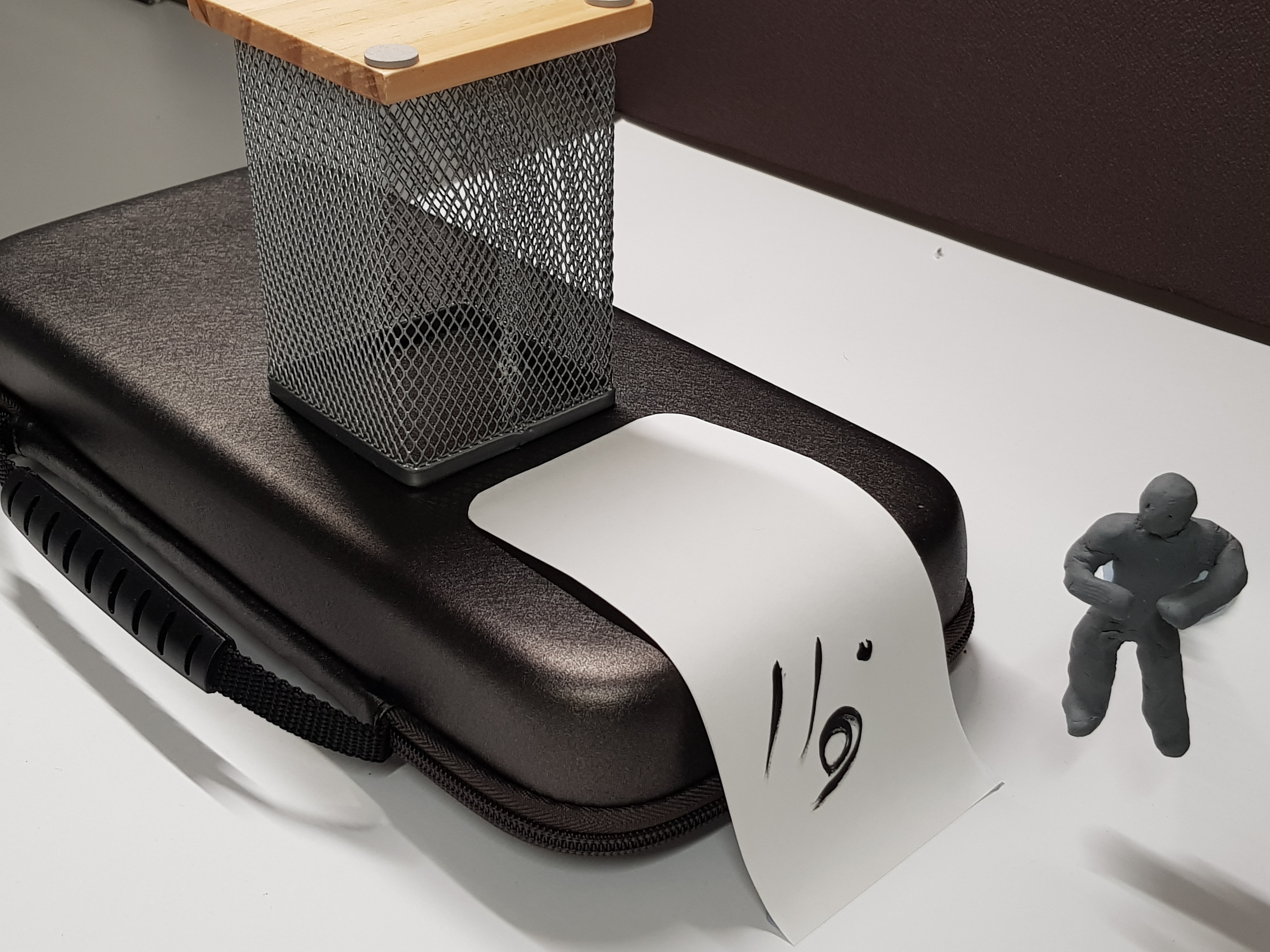 Idea:
When I first started conceptualizing for the project,
I had thought about my passion for dance and the idea of
being able to move around freely in an urban space(parkour).
The idea transitioned to someone who was unable to perform incredible
stunts, and whilst dreaming, was given these abilities to ‘draw’ from
mid air, shift objects and fly around freely. I described this in my presentation
as ‘superpowers’. In the end, the abilities were taken from him in a volatile
manner and the elements that he thought he could control, was instead controlling
him. At this point of time, he would be transported back to reality through
the reversal of his ‘dance’ moves he had done from the start.

Process:
I was intrigued by the possibilities of creating a stop motion through
clay/blue tac/kneadable eraser figure, as it was simple to shape and I used malleable
aluminium wires to attach the figure to the background, so that he could ‘fly’. The
process was tedious as I had to set up the environment (the playground), think about
the step to step process of what I wanted him to do. The ‘drawing’ part was made by
black acrylic paint and a paintbrush, to draw each action and move the figure at the
same time. I had actually created multiple scenes, and only decided to leave in the
most appropriate ones to keep the video concise and clear.

Comments:
Some objects did not fit the theme, or rather, wasn’t appropriate for the story line
e.g the pack of can drinks that appeared halfway in the video. Certain scenes could
have included angle shifts to maintain the attention of the viewers.

Reflection:
I was contented with the results, but there is always space for improvement. I could have
added a smoother transition into the eraser character, created more interesting elements
for him to play with, and made the environment more convincing as an actual urban space
for him to move around. With more time and reflection, I believe I can improve my concept
and convey a clearer idea to my viewers.