Tension and Stability
Home:
Growing up, I shared a bedroom with my older brother. I have a drastically different personality from my brother, who was more introverted and short fused. Often, we would find ourselves arguing over trivial matters that would further deteriorate our relationship and that ended up splitting us into different bedrooms. Coming from a strict family, we would often be disciplined for our misdeeds and altercations between us would end up getting us into more trouble with our parents. We seldom had the opportunity to rationalize with each other, as our parents would end up ‘resolving the matter’ for us in the form of disciplinary actions. When I shifted out of our shared bedroom, the physical separation evolved into an emotional separation. My parents run a small family business, growing up we would have to go down to their workplace and help out as much as we could. My brother hated doing so, and as much as did not enjoy the process(that was ever so tiring), I helped out whenever I could. Through the years, I helped run the family business to lessen the burden of my parents as they were getting old, and often pondered on my brother’s reluctance to involve himself. As we were not close, I found it hard to try and communicate my thoughts to him about the situation and I never gotten to understand his point of view. At home, we could not stand one another’s presence and would often pick on one another’s flaws, the pent up emotions we had led to tension between us unequivocally. As we are now adults, I am past our childhood ‘mishaps’ and can only try my best to make up for lost time. Despite not having the ‘best brother’ I could ask for, I am glad that I am not the only child.

Stability came with the structure we had in place as a family. I used to hate the fact that I got caned a lot as a child, that tough love was my parents’ method of choice when it came to parenting us. The transition from primary school to secondary school was rather shocking; my parents allowed me to live out the ‘rebellious phase’ in my adolescence. The disciplinary methods lessened and I had to make my own choices and be responsible for my own actions. That gave me the opportunity to learn from mistakes and my decisions and allowed me to make informed decisions when it came to planning and time management. We would often joke about how we were ‘taught a lesson’ in the past, and that made us bond as a family. Fast forward, these experiences and protection that my parents offered us made me think about the different aspects of home that made me feel uncomfortable, unforgettable, immense joy and calm. These structures shifted along with growth and as such formed the idea of home for me. When COVID-19 hit us, my ‘structure’ of home shifted as our family business temporarily put out of work. As we could no longer physically set up shop, we converted to doing deliveries in the meantime and put me and my brother to work. I was in charge of driving my brother around while he made the deliveries. Both of us rose up to the occasion where we had to be responsible for the food we put on the table, and through working together, my brother and I developed a stronger relationship. The Circuit Breaker (or lockdown), made us reflect on our roles in the family and the two of us contributed to the ‘structure of our family’.

As I pen out my thoughts, I thought of the kinetic sculpture: Kinetic rain – the world’s largest kinetic art sculpture in Changi airport Terminal 1. Each module consisting of 608 raindrops, have a motor attached to each one of them. Each of these motors aid in the coordination of the thousands of raindrops that shift in beautiful formations. This, to me, re-enacts the harmony of space and time of my establishment of the feelings I have of home. Home has constantly changing meaning for me, and this structure represents the ever-changing moments of the fond memories I have of home. These raindrops utilized the vertical space to provide us a spectacle – thousands of them moving in the own path, yet creating such harmonized movements that were simply fascinating to watch.

The sculpture inspired me to think about my own variation of how I would use space as an attempt to communicate my feelings of home.

Taking a little bit of inspiration in form from slide puzzles such as this. 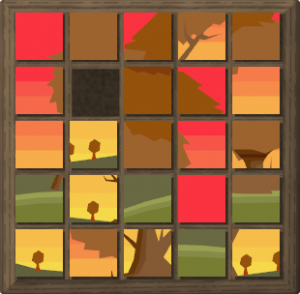 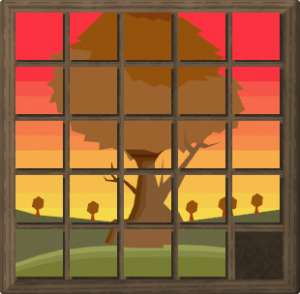