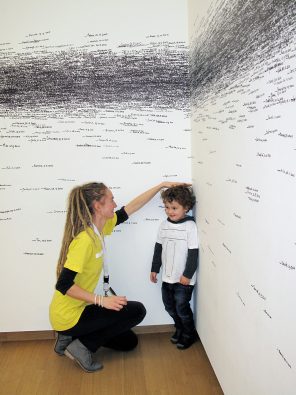 I found Roman Ondak’s work really special, the simple gesture of recording down the name and particulars of each individual
that went to the exhibition according to their height created a thick line across the room. The work has personality,
creativity and most importantly, to me, it was created through individualism. In participatory art, the artwork grows along
with the participation, and watching the exhibition unfold was really interesting. Roman Ondak portrayed how simple it is
to create an artwork through our uniqueness. 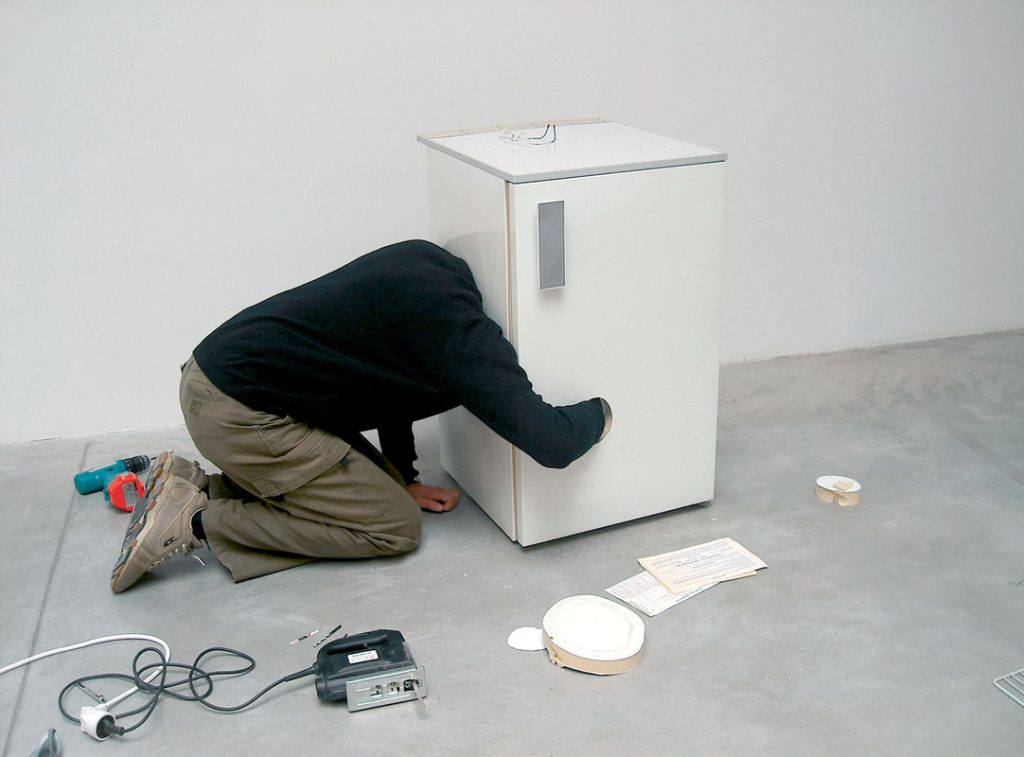 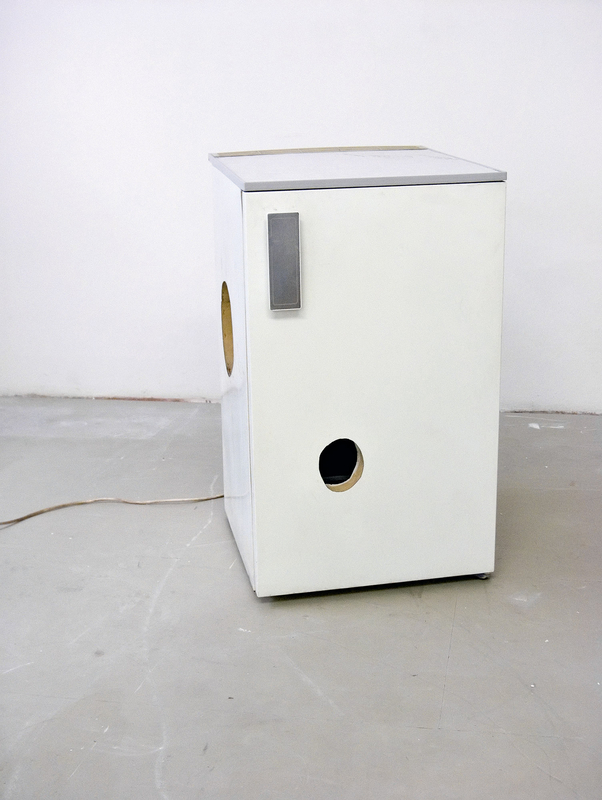 I want to show, through a series of simple drawings created by 10 participants,
the presence of influence we have on each other, whether in a big or small way.
I folded 2 A4 cardboards, attached 2 different flowers on one end of the cardboard,
and cut a hole on the other end.

The presentation went as followed:
The 10 participants would be separated into two groups: One would be able to see
what each other have drawn, the other group would not be able to do so.
They would go take turns to enter the classroom, and the participants were not
allowed to communicate verbally. They would then insert one hand into the cardboard box
and feel the object, and draw whatever they felt the object was. There was a little twist
to this, I switched the boxes around after the second person from each group had drawn their
drawings. The third person from each group would then draw a different object, and because
they were not allowed to communicate, they would not know that it was changed. The group
that were allowed to refer to one another’s work ended up drawing similar items even though
their objects had changed. 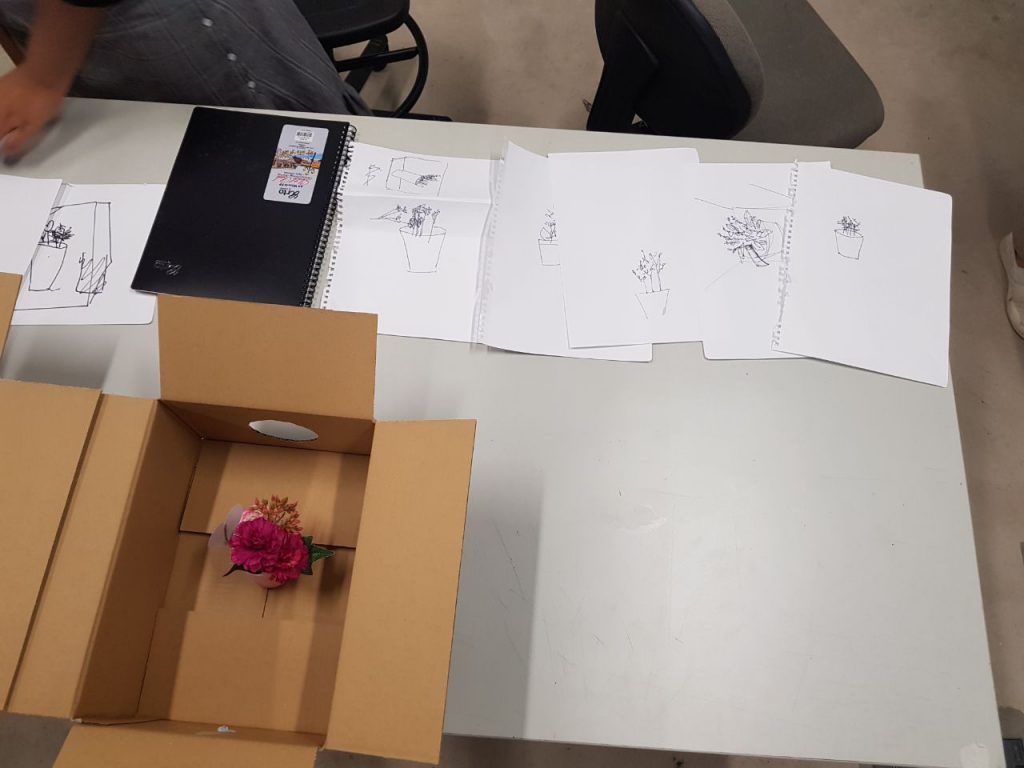 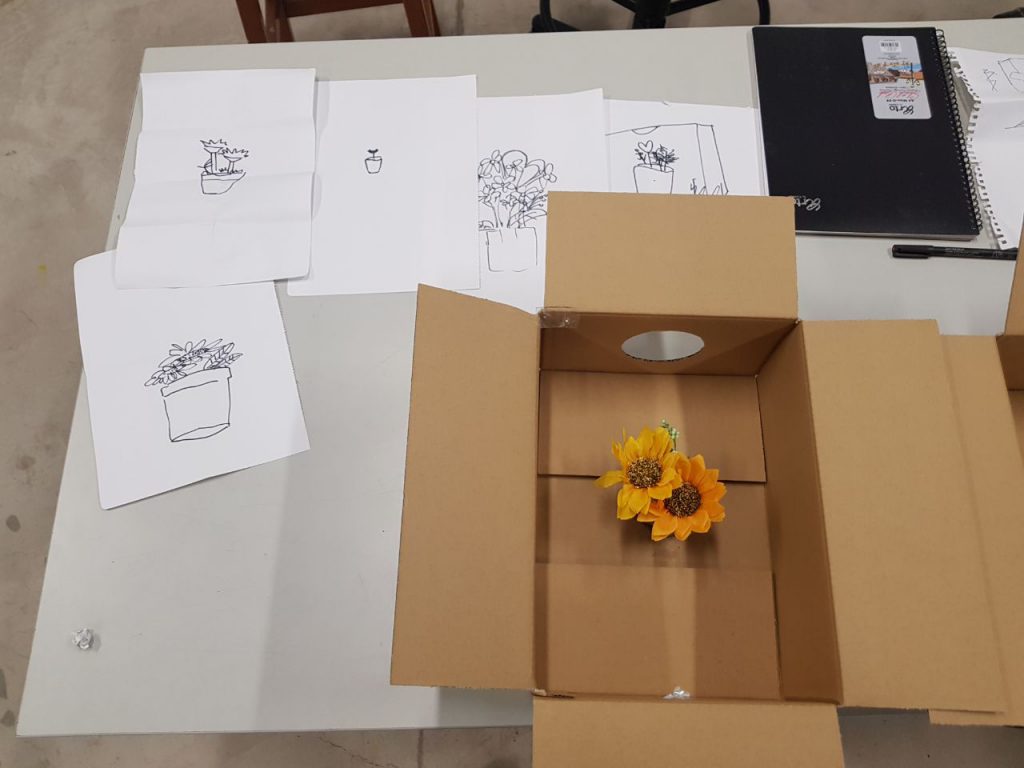 The group that was not allowed to refer to each other’s work drew objects of their own interpretation. I explained to the class afterwards that my point was made, that we were inevitably affected by one another, and this extended much further than simply drawing flowers from a cardboard box. Consider influence in a bigger context, such as in our daily lives. We are affected by the choices that others make, such as giving bad reviews to a particular movie and bringing down its ratings. We would always check the reviews of a movie before watching, and would more often than not skip the movie if it had terrible reviews.

Feedback:
The objects could have had more difference to make the participants think twice about what they were drawing.

Reflection: I was glad that I was able to convey my ideas through a simple participatory work, and with a revision, I believe that the work could have an educational aspect for the younger generation and possibly educate on the importance of having individualism.