*Group OSS by JJ and Fran

The senses that we had chosen were the dog’s sight and flea’s attraction to warmth.

Since fleas are attracted to the warmth of the dog’s body, we thought of incorporating an element of heat into our prototype. A way to do so is to make use of candles.

As the flame consumes the oxygen trapped within the glass, the amount of gas within the glass will decrease, hence allowing water to flow into the glass. The water could be used to represent the fleas and demonstrate how they’re attracted to a heat source. However, the experiment would not be very accurate since technically, the water (fleas) would only gush into the glass when the flame burns out.

Another cool idea was to make use of static electricity, which can be viewed as temporary magnetism. By rubbing a piece of PVC with a cloth, static electricity will be generated and the PVC will be able to ‘attract’ styrofoam or aluminium balls to itself.

The act of rubbing the PVC back and forth can represent the dog’s leg scratching movement. As the dog’s scratches itself, the fleas that are residing in the dog’s fur will jump away to safety. This movement can be represented by the aluminium balls jumping around.

We tried this experiment for ourselves and unfortunately, it didn’t work very well. It’s probably due to Singapore’s humid weather since static electricity is generated most easily in dry and cold temperatures.

Here are our failed attempts:

Attempt #1: Wiped a plastic ruler vigorously with a piece cloth and tried it on aluminium balls and sheets of different sizes. As you can see, the static electricity was very weak.

Attempt #2: Wiped a piece of PVC vigorously with a piece of cloth and tried it on aluminium balls of different sizes. This attempt is more successful as compared to the previous attempt. The static electricity only works on thin sheets of PVC. Unlike what the videos show, it doesn’t work on thicker material such as acrylic.

Syringe as an air pump:

Since neither the candle experiment or static electricity could work, we decided to make use of a syringe as a make-shift air pump. The act of pushing the syringe represents the impact that the dog makes when it scratches itself. When the syringe is pushed down, air will be released, causing the styrofoam balls (which represent fleas) to fly.

Making of the Prototype 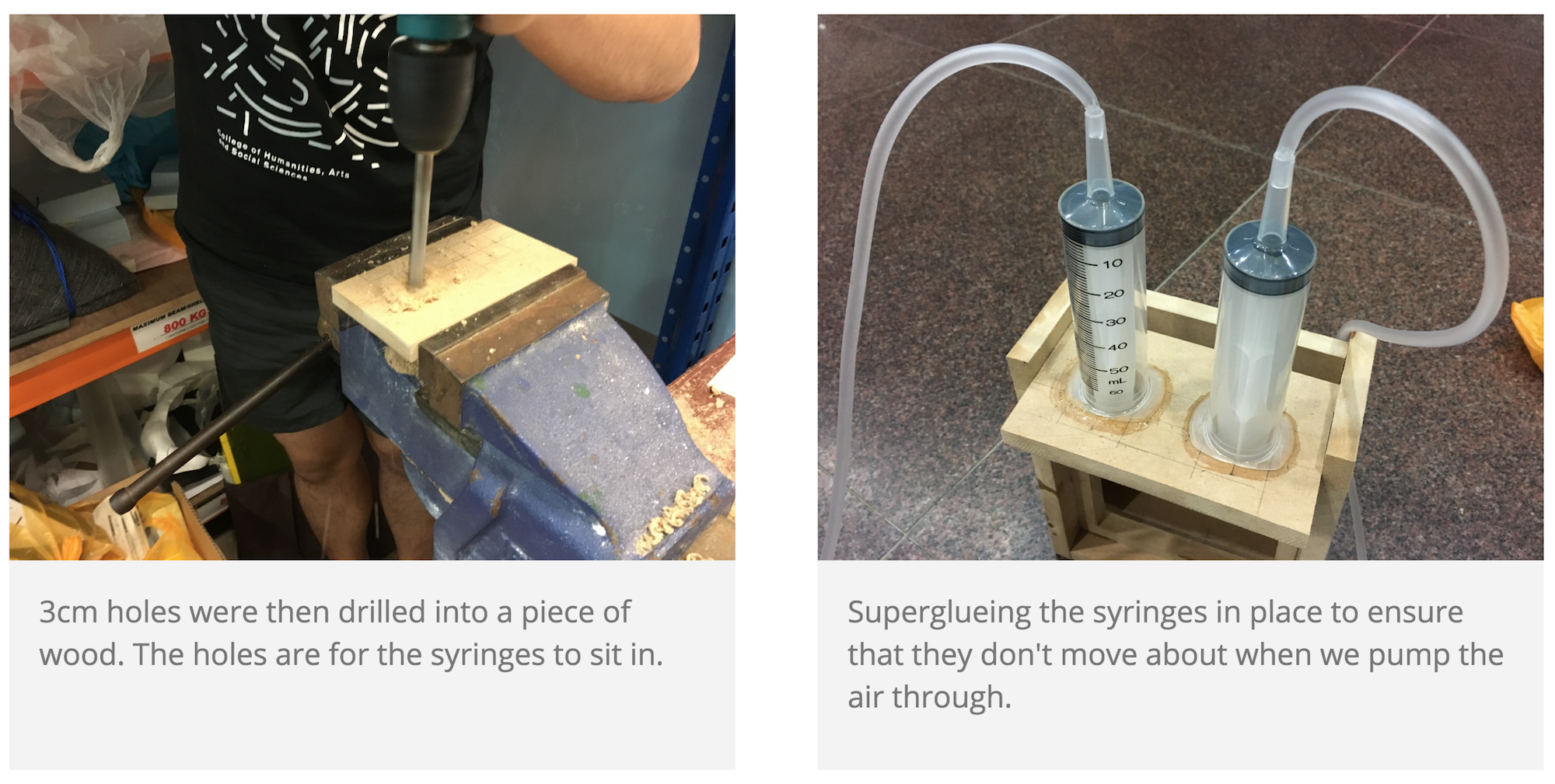