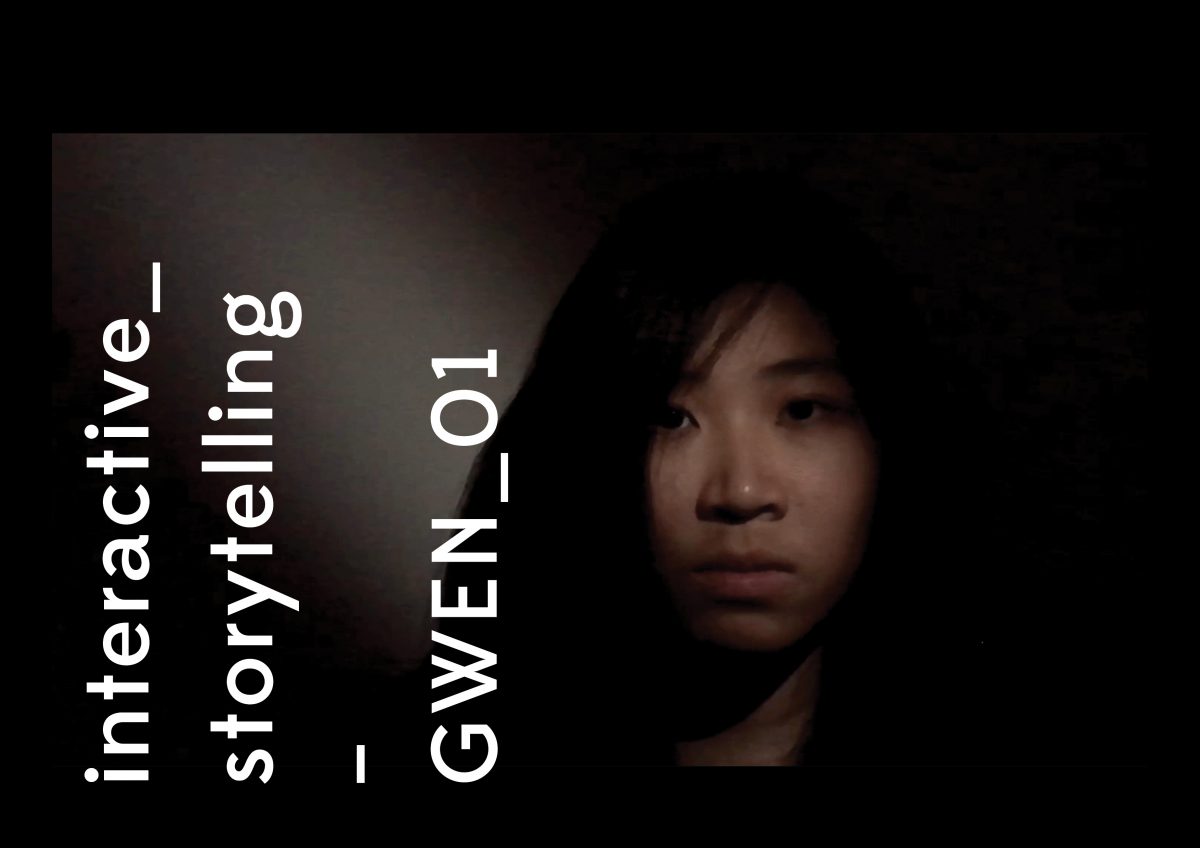 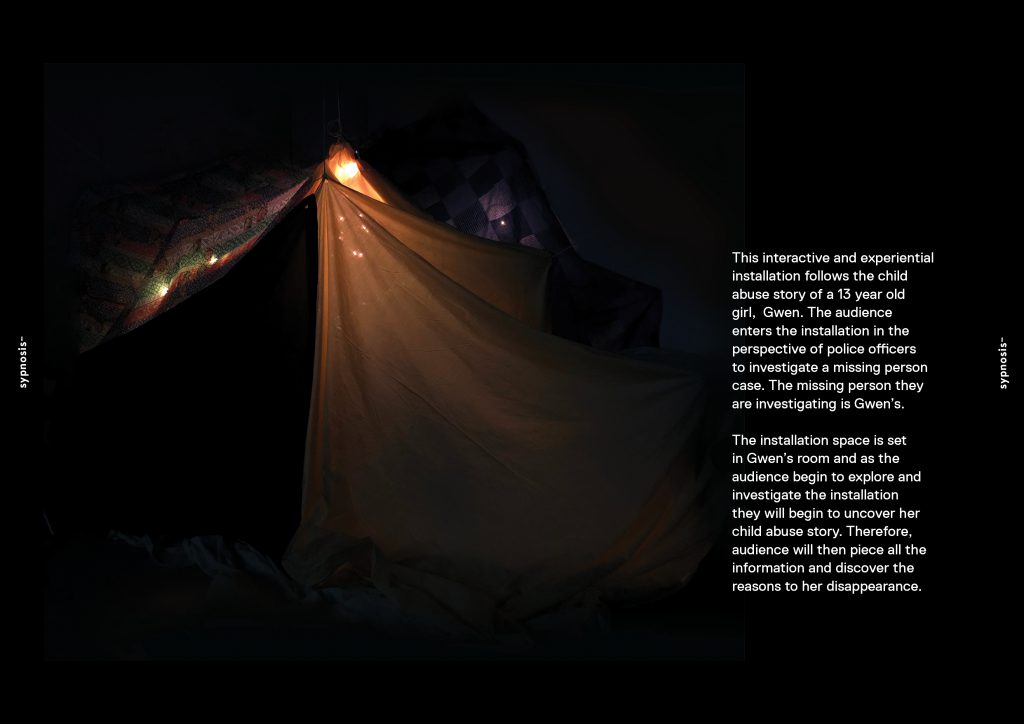 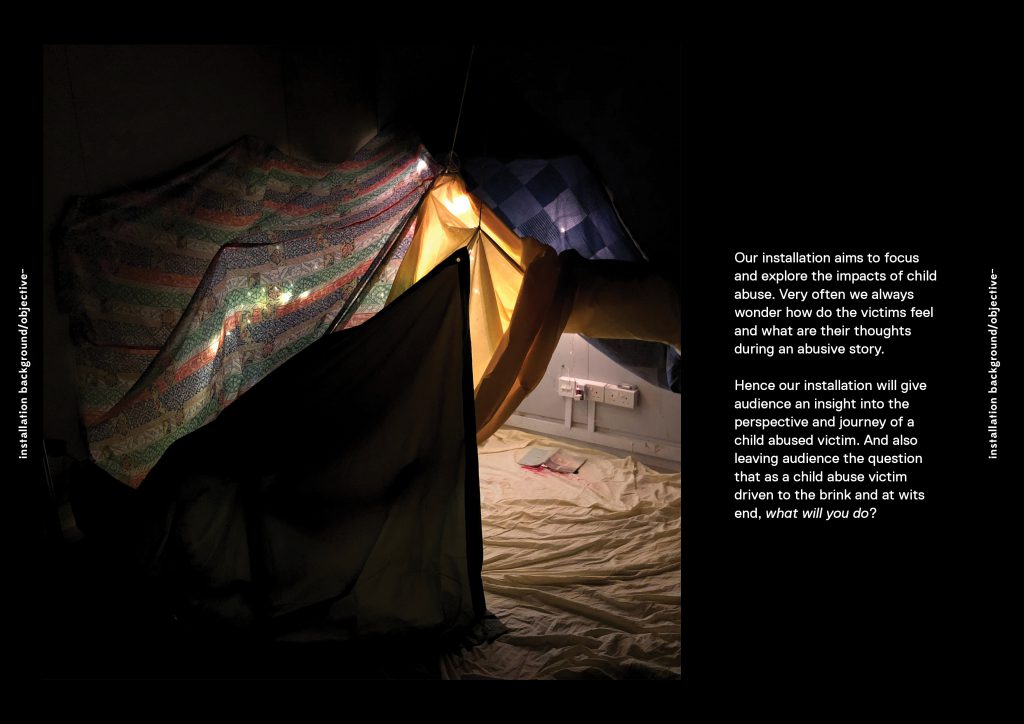 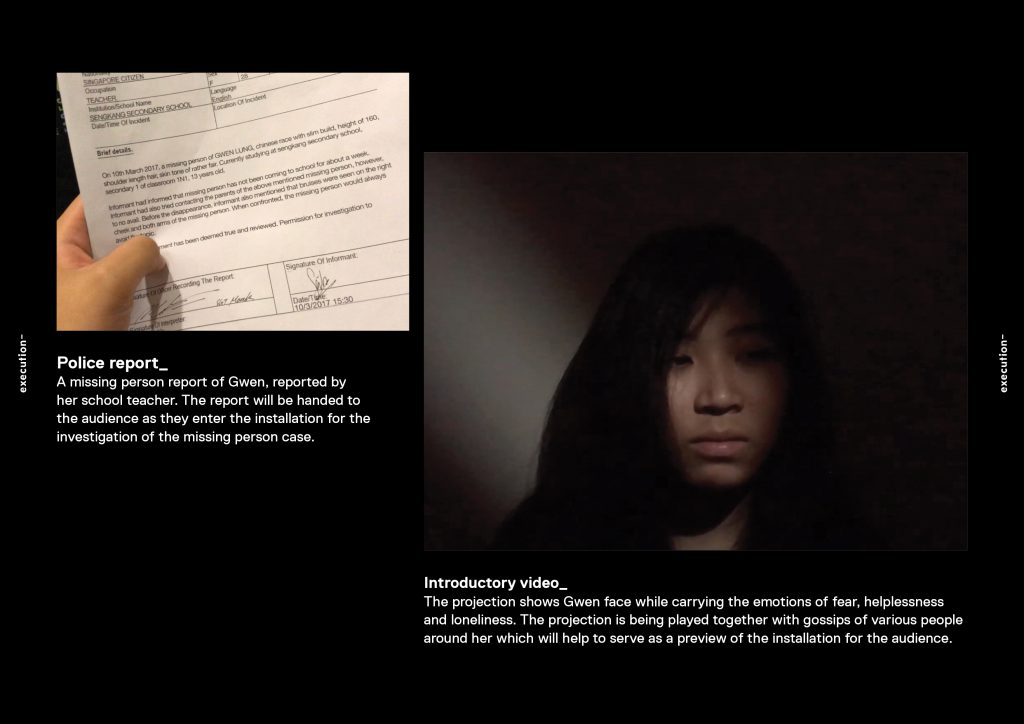 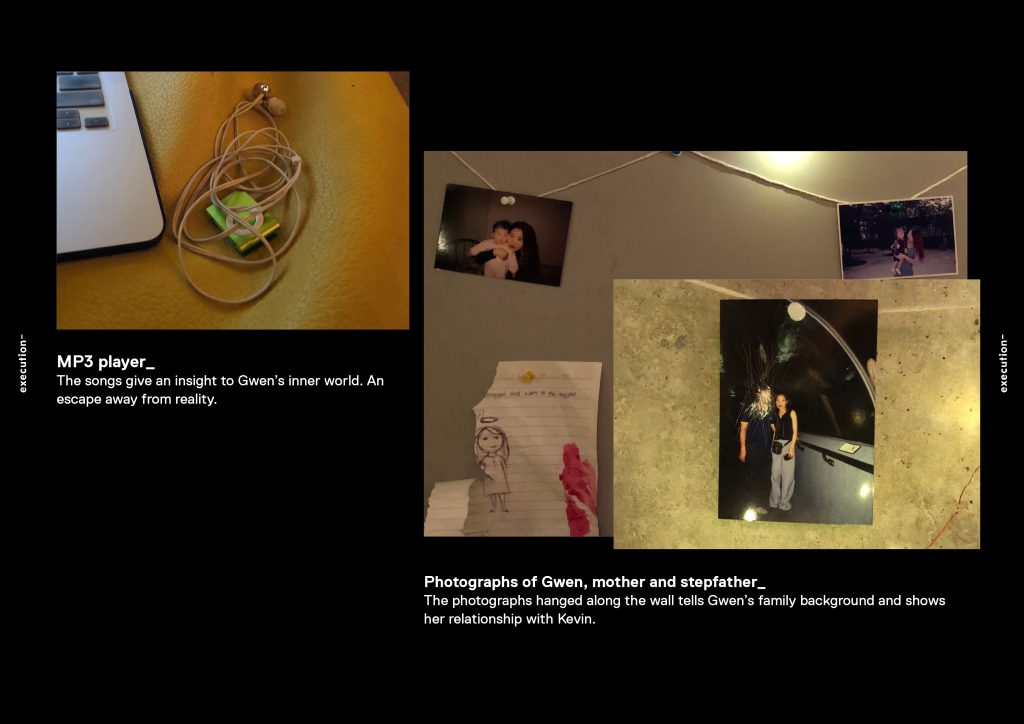 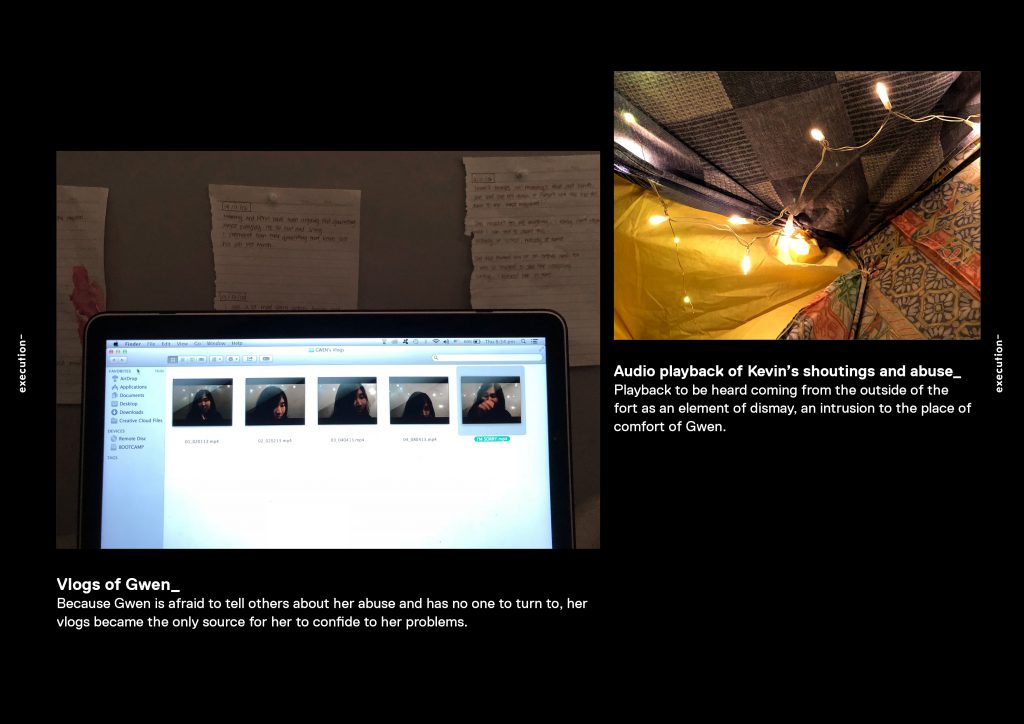 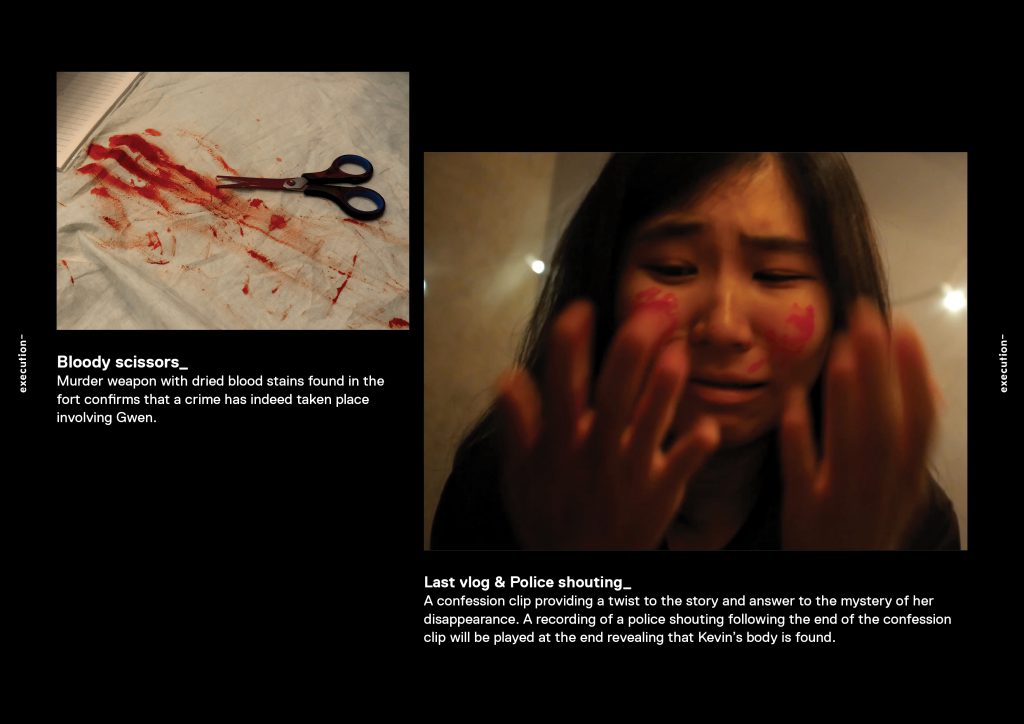 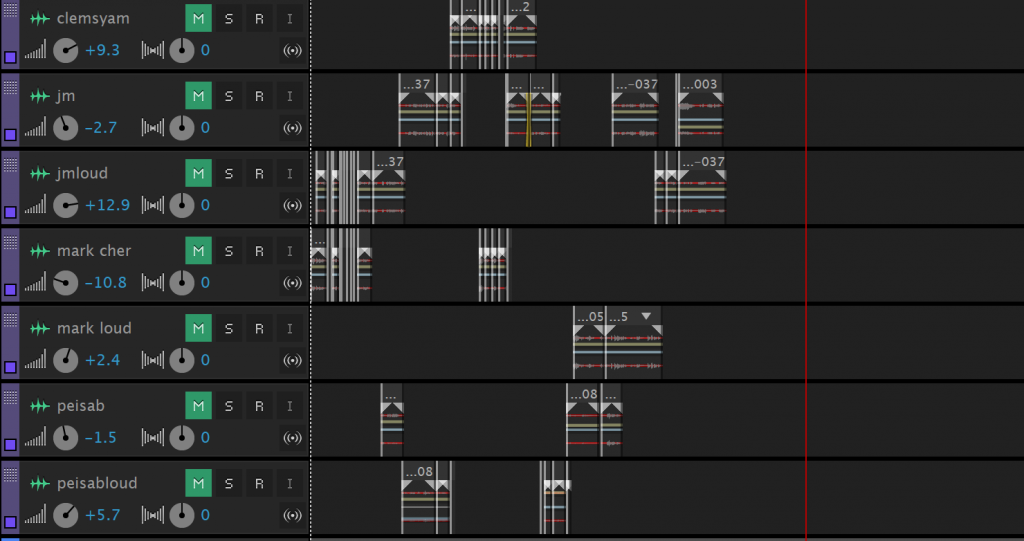 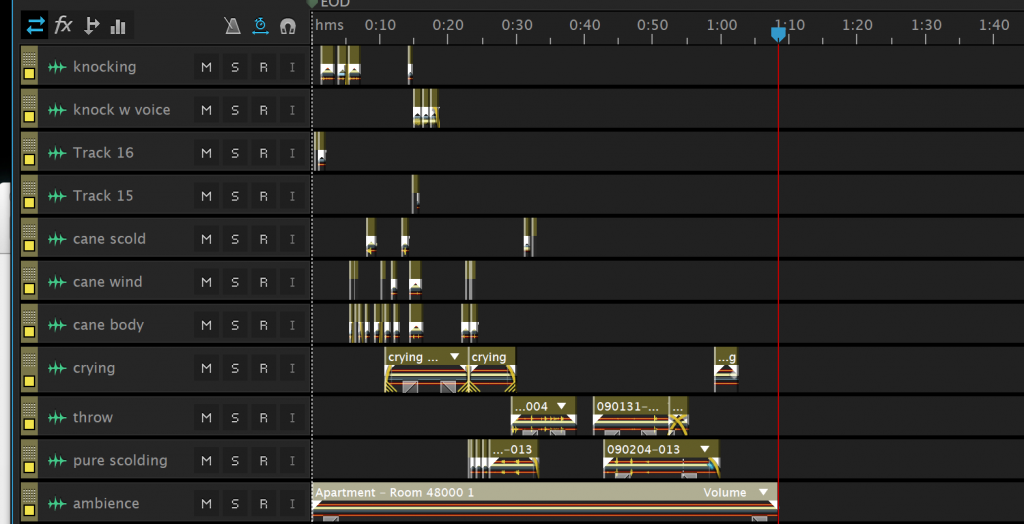 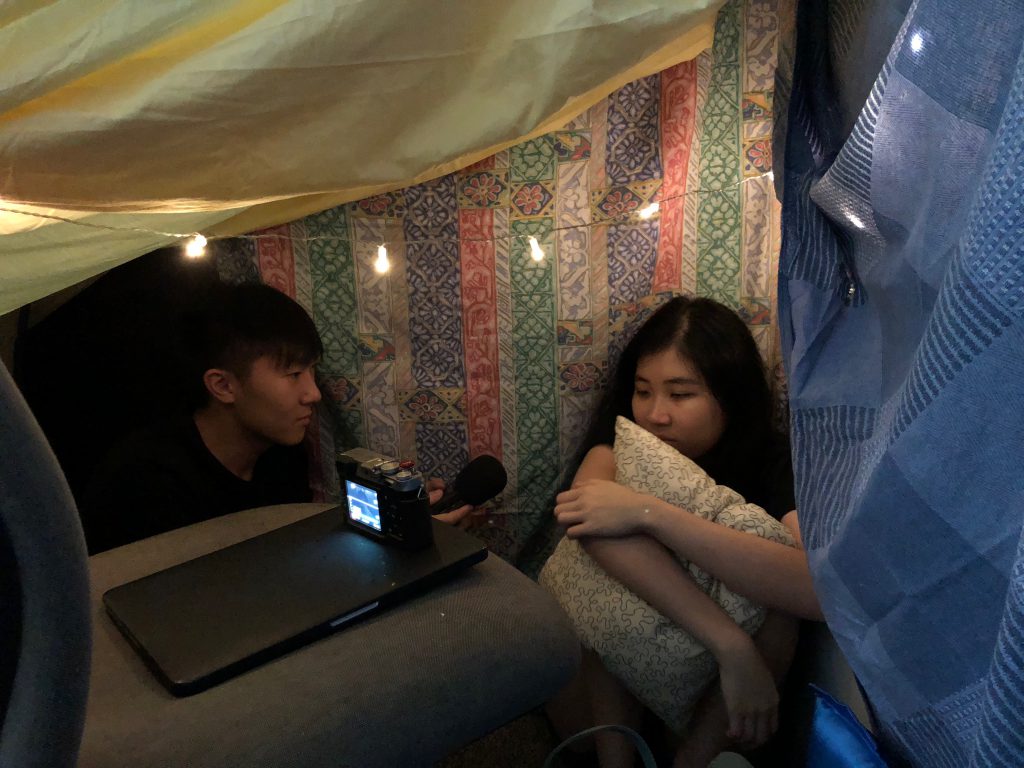 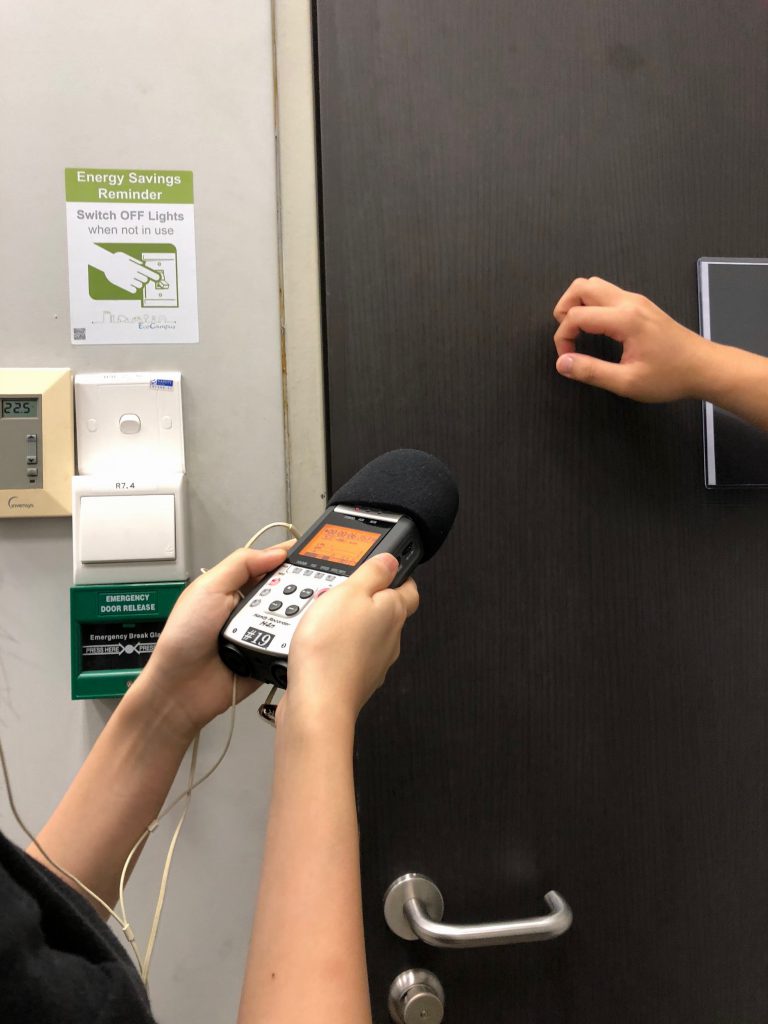 The installation follows the story of a little girl name Gwen. Gwen was born without a father and was raised solely by her mother, Jasmine. And when she was 12 years old, her mother re-married to Kevin and both of them moved in with him. Kevin is semi-alcoholic and has violent tendencies and these are shown through his abusive actions towards both Gwen and Jasmine. At the age of 13 years old, her mother passed away due to sickness, leaving Gwen with Kevin became depressed and became more aggressive towards Gwen. He became bipolar and was unpredictable in his beatings and scoldings. He even threatened Gwen that if she tells anyone, he will beat her… Gwen was afraid to seek help, she had no one of authority to help her. Gwen is lonely and helpless, she became a victim, a victim of child abuse… After several months of abuse, Gwen had enough as she plans an escape, an escape out of this nightmare.

The interactive installation follows the experience of a victim of child abuse. Audience put themselves in the perspective of the child and follows her story.  The installation will be placed  in a dark room. In the dark room, the fort is lit up, hence symbolizing a place of comfort and warmth in the midst of darkness.

E.g. Film for Greg from “Me and Earl and the Dying girl”

The tunnel helps to provide a sense of time and help us to sequence the experience as a whole from happy to sad – the unfolding of the child’s life and story. (A brief background of her life)

In the main fort, audience will interact with various objects belonging to Gwen, allowing the audience to empathize with her situation and slowly piece her runaway story together.

Lonelygirl15 – The main character in the vlog series started vlogging in her bedroom about her personal life, her best friend, Daniel and her conflicts with her parents. Eventually revealed that Bree was a member of a secretive religion, recognized as the fictional Hymn of One. Her vlogs also revealed that the Hymn of One is a powerful society who want the Trait positive blood of young girls like Bree, propelled them further into a journey of a dark adventure.

How we tie back closely to our project – whereby the child abuse victim, Jane, started vlogging as well. Day by day slowly revealing her misery life of being a child abuse victim. Her vlogs are mostly on accounts of her unable to reach out to anyone for help.

ReMoved – Follows the emotional story through the eyes of a young girl taken from her home and placed into foster care.

“Trapped in the misery of my life,

Lost in the sorrow of my soul,

Unable to see the light.”

Some Reasons for Child Abuse:

– Got hit on the head with severe items  phone, cane, belt

– Blasted water straight to the face.

– Did not want to tell his parents as in fear of getting more physical abuse      by the helper. (being threatened)