by Muhammad Shaherfi Hadi on April 29, 2020 in Final Project, My Work, Process

Sooooo before the mass exodus from school I managed to get a VR headset but ….

Hi Friends, as you know because of rona’ situation everything that was initially planned to be done is out the window. For myself, I managed to get an oculus rift headset and a computer with unreal engine, however because this computer is actually my baby brother’s computer and because he still has home based learning and has to do his own projects, the time I have on this computer is very limited.  Secondly, I realise now that it is actually very difficult to develop in VR when the cable that you have is very short. Although I managed to procure a USB type 3 cable so that I can preview my project in VR immediately, it is less than one meter long and thus caused me to have very limited head movement. 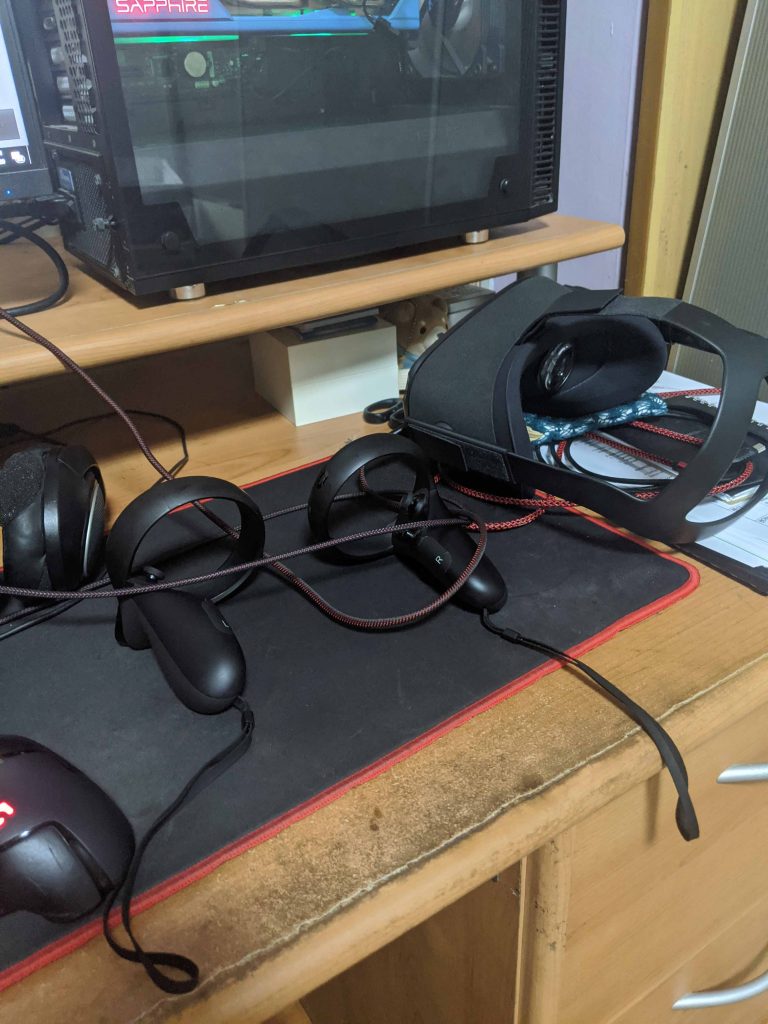 Nevertheless I tried my best to create  a semblance of what I set out to do at the beginning of this module.

So as a reminder, my interactive environment is suppose to be one that changes depending on what kind of love the player wants. So I re-created what I did for my midterms but in a VR map.

Also, as you might have noticed, I created interactive buttons and I just feel that node based programming is annoying

So for the second map I decided to create one that is based on a garden and it is meant to represent devotion in love. I think when you are devoted to something, even if it is the wrong thing, in one way or another you will grow as a person. You might not realise it, but you are blooming and growing.

For the third map I tried one that followed a synthetic theme. Sometimes we try to control and plan our love experience. Who we go for, what we do, how we date, even how the other person would act and react we try to control how it goes and work. But is that truly authentic. I feel that whenever we try to do this, we usually miss the small golden nuggets of value, the small happenings of chance that appear. It is still there tho.

For the last map I created one based on a castle. Now we have all heard of it or know someone who claims that they are jaded, or someone who puts walls up only accepting someone who scales those walls, or tries to constantly push away people until they are proven right. Now in my opinion when people make walls like these, it might seem comfortable at first. You have created an area around yourself that is comfortable, but it is limited and small, until you see the skies and the world beyond.

Well, developing in VR is a lot tougher than I thought. And not having the school’s computers is also a lot more tougher than I thought. Im not sure why, but I managed to pick up Unity a lot more easily as compared to Unreal. I probably need another whole semester to dedicate myself to unreal to be able to learn it properly. The developing environment controls is a lot wierder and I still have not gotten a hang of node based programming (i still think that it unbelievably messy.) However, I am still glad that I took this class, because it is a start to developing in VR and as everyone knows, your first venture into something usually won’t be that great, but the value is that you started on something.