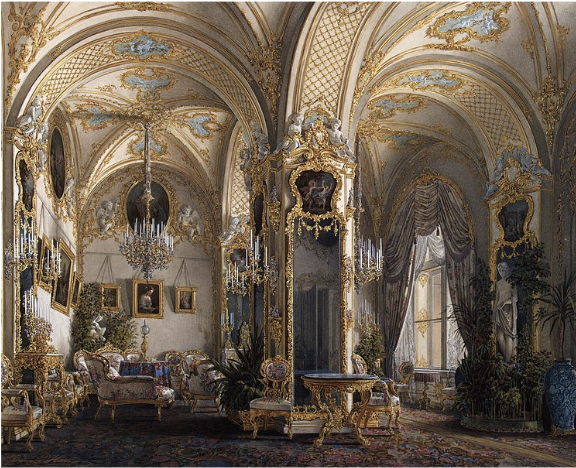 Design reform movements are basically what it is— to reform, restructure, and revise design at that period of time. The different movements simultaneously overlap and happen between the 1880s-1930s. These movements came about in reaction to the consequences from the French and Industrial revolution.

From the French revolution(1789-1799), “Liberté, Egalité, Fraternité” was born out of it. The phrase directly translates to “Liberty, Equality and Fraternity”.  During this period, there was a large income gap between the rich and poor, given that France was governed by absolute monarchy. Due to the unrestricted political power and social classification, most of the people were in dire poverty. On the other hand, Industrial revolution was also known as the ‘Age of Enlightenment’, as there was increasing economic & ethical social-consciousness. However, despite the spread of this seemingly positive concept, there were detrimental social consequences; such as excessive child and women labour, poor working conditions, and uncontrolled widespread diseases. And thus, design reform movements came about in an effort to counter these negative impacts.

Design reform movements are generally well-thought of design processes, resulting in very intricate, unique products and designs. An example would be the Arts and Crafts movement, founded by Augustus Pugin (1812-1852), John Ruskin(1819-1900) and William Morris(1834-1896). For this movement, form follows function. Every detail and deco is used for reasoning and functionality. Design and decoration do not overshadow each other but go hand in hand.

The idea of pushing and stressing for the importance of detailed and intricate design comes about from the excessive use of industrial machines. 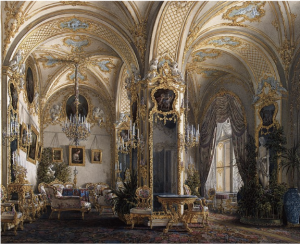 An example of a design concept would be Edward Petrovich Hau’s  Interiors of the Winter Palace.  The whole concept is lavishly designed and stylized. Every pillar is designed down to detail, combining the idea of form and function complementing each other. The interiors are well decorated and personalized, not like the typical and standard industrialised interior design. This is a perfect example of honest craftsmanship— interior design preserving the dignity of decorative arts.

To cater and allow designers to be able to design something from start to finish is made easier with the existence of Lathe machines. The machines were used for metalworking or wood working; being able to perform various operations such as cutting, sanding, knurling, drilling, deformation. For a machine to be able to focus on the details, creating well crafted designs that preserves the artist’s dignity and design input is possible. This upholds Ruskin’s view that artisans can be totally involved in the design process from start to finish.

Japonisme follows a similar fundamental to Arts and Crafts Movement, valuing the decorative arts as well as the creativity of the craftsman. Ukiyo-e, or woodblock prints, became so common in Japan. Design was so integrated into society to the point that they were seen on everyday items.

They were used as packaging materials, yet to the French it was something new, exciting and inspiring.

Under Art Nouveau, Josef Hoffmann(1870-1956), created an interesting chair(1905) that projects the concept of ‘form follows function’. The chair, made from beech wood and plywood, has a unique form. While the balls in between the 2 divided backings of the chair seem to be mere decoration, they are actually there to hold the 2 pieces together. This is a perfect design example of form complementing function. Through the rough times of the revolution, brotherhood and coming together was crucial. Wiener Werkstatte was one of the longest-lived design movement founded in 1903 in vienna austria, where it was basically a workshop for all— architects, artists and designers working in ceramics, fashion, silver, furniture and the graphic arts. The range was wide and accepting. They emphasised on complete artistic freedom, which led to the creation of many innovative products which eventually became the standard for Austrian design. However, unlike the above stated movements, the creators did not seek to create accessible or practical art. Instead, they focused on the highest quality craftsmanship and materials for the socioeconomic elite.

The Sitzmachine Chair, designed by Josef Hoffman, was the best-known piece of furniture produced by the Wiener Werkstätte. Function and construction of the chair is present, without sacrificing its aesthetic appeal. There are slit-like openings at the side of the chair, where none of the lines end in sharp corners, but instead are rounded which suggests the idea of a well oiled and harmonious machine. The chair not being comfortable, reflects the nature of the design movement’s practice, where function was usually sacrificed to aesthetics when it became impossible to accommodate both.

Even today, Design Reform practices can still be observed.  Morris & Co, a UK based company, is inspired by Morris’ ideology. They ‘believed that everybody has the right to a beautiful house’, crafting everything by hand— homeware, wallpapers and fabric. Despite trying to eliminate the terrors of the revolution, we are still able to see it today. Child labour and merciless excessive working hours still exist today, as seen in Foxconn’s case. 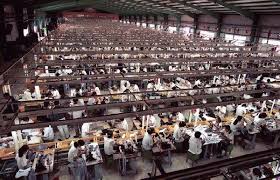