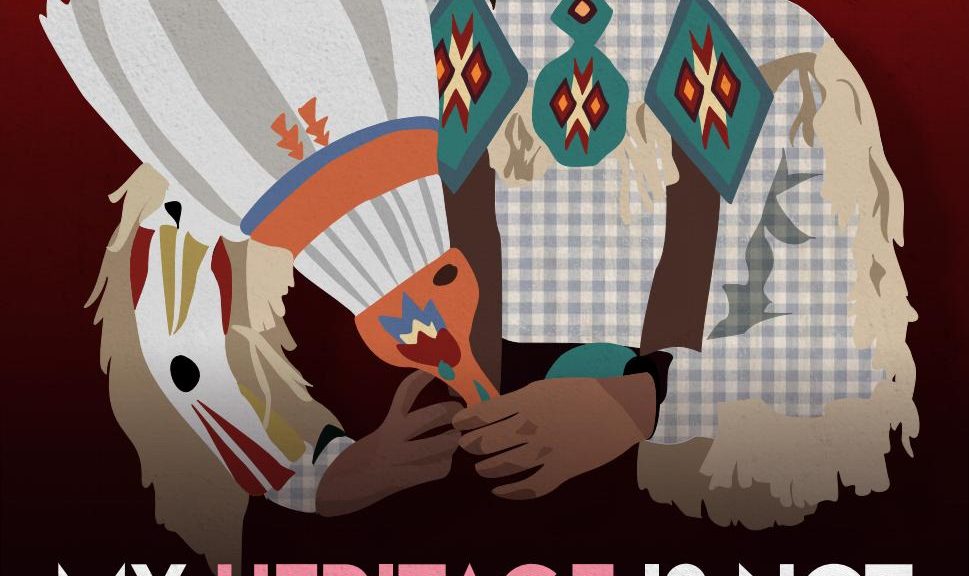 Here are just some of the few current issues I am interested in:

The most recent incident being the ‘brownface’ ad from broadcaster Mediacorp, featuring actor Dennis Chew as 4 characters. What sparked controversy is his skin being darkened to depict an Indian man and a Malay woman wearing a headscarf.

Recently the ban on plastic straws have grown into more of a ‘trend’ rather than sustaining the environment. Supermarkets stopped distributing plastic bags(for free, but they are available for 20 cents per piece). And if companies really want to save the environment, why not stop plastic bags altogether? I believe that this is a case of  “green washing“.

Some critique that banning plastic straws is not an empathetic move, especially for the disabled. And I completely agree. There’s nothing wrong with saving the turtles, but we should really look out for our fellow species first.

This has been an ongoing issue and women who have been assaulted are made to think they are to blame. Below are some articles and links to support my view.

Google ‘Rape in India’ and its impossible to miss the overwhelming articles on different cases. This is no surprise, as rape is fourth most common crime against women in India. According to the National Crime Records Bureau 2013 annual report, 24,923 rape cases were reported across India in 2012. -Wikipedia

As particular case which brought international concern was the 2012 gang rape in Delhi. The men took it in turns to rape the Jyoti, victim and then they used an iron bar on her. Leslee Udwin interviewed Mukesh Singh, one of the rapists. One particular line he said struck me deeply: “A decent girl won’t roam around at nine o’clock at night. A girl is far more responsible for rape than a boy,”

The idea of women being responsible for men’s savageness is outright disgusting. Both articles boil down that this should not be the case, and that men should be held 100% responsible for their own actions.

The following article suggests victim blaming: where rape victims are held responsible for the tragedy. Phrases such as “don’t dress this way” or “don’t go out till late” do suggest that it is a woman’s responsibility to prevent any potential assault on her.

London police urged not to wear headphones or use mobile phones following a string of sexual assaults. Many times victims or sexual assault are often suffer in silence. Victims are encouraged to report it, and yet ironically in some societies the same victims are seen as “less than” or “impure”. I would like my project to evoke discussion and contribute to change— to shed light on this taboo. To let people know that it is okay to speak up and tell others what they have been through. There is no need for shame for something women cannot control at all, and if more than anything else, the rapists should be the ones hiding their faces. Women should possess the right to wear anything they want, go anywhere they want at any time of the day, and not feel unsafe/intimidated around men.

(Might actually head for this topic instead) I think this is an interesting topic that is often shoved aside. People will address something ‘racist’ or ‘culturally misappropriate’, and then the hype dies down. Months later, another similar situation happens.

This topic isn’t new, it has been ongoing for years. Going back to the 19th Century, Asian culture was highly adopted by the English. The English adapted the Indian churidars into slim fitting pantaloons, and frequently wore turbans within their own houses. During the tiki culture fad of the 1950s, white women frequently donned the qipao to give the impression that they had visited Hong Kong, although the dresses were frequently made by seamstresses in America using rayon rather than genuine silk.

Going back to more modern times, we see Kim Kardashian releasing a shapewear brand,  initially called ‘Kimono’. Kim received backlash for borrowing the word for a traditional Japanese style of dress for her venture.

What’s Wrong with Cultural Appropriation? These 9 Answers Reveal Its Harm

There are 4 types of culture appropriation:

In the broadest sense cultural appropriation is the adoption or taking of specific elements (such as ideas, symbols, artifacts, images, art, rituals, icons, behavior, music, styles) of one culture by another culture.

The issue constantly happens because people don’t usually know the differences between culture appropriation and culture appreciation. There’s a really fine line between the two, and if I wish to do a project based on this topic, I will decide to create an educational deliverable.

Because the topic of race and culture is heavy and serious, I wish to carry out my project in a light-hearted way. Nothing serious, hopefully playful and warm so that it won’t intimidate. 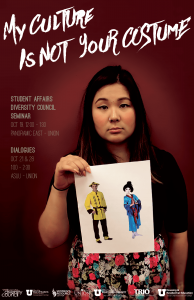 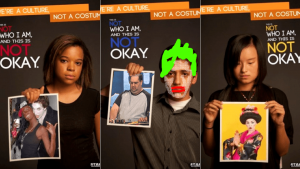 2. My Heritage is not your Costume 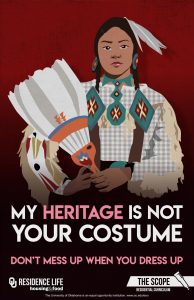 Illustrations feel more light-hearted, so that would probably be the direction I would take.

Most of us cannot clearly define what culture appropriation is. And what we lack is a basic foundation that schools/institutions fail to instil upon us from young. Because let’s face it, all we learnt in primary school is about bullying, sex education and racism. So what is culture appropriation right??

Thus I will decide to channel information through a card game, targeted at students and young adults. My inspiration would draw from the card game, Organ Attack. The card game requires 4-5 people, and its both educational and fun. 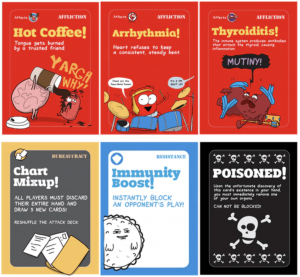