Almost like sorcery, Christian Moeller’s dimming ‘mirror’ gets darker the closer an audience member gets to it. And it’ss up to us to tweak LPD’s version to be as close to a real sorcerer’s mirror.

At first glance, using the original patch. There were a few glitches:

Looking at the program as it was i tried toggling with the split settings as shown. 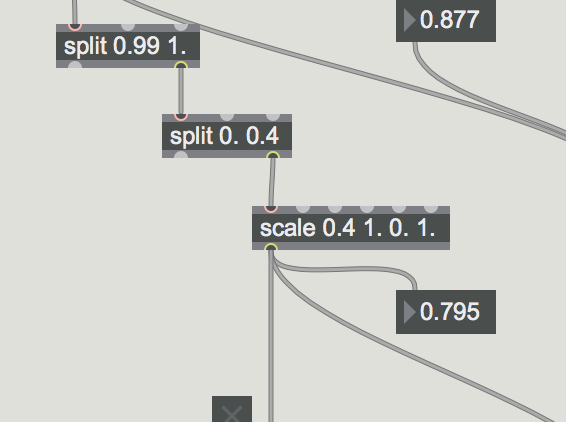 This was because I thought the size of the ‘split’ was too big and not controlled enough that is why the programme was very confused. But through toggling with these functions, I learned that this meant that the ‘split’ function can help me sift out values I do not want.

Through this, I can streamline the size of my face from rather 40%- 99% to 30%-75% to allow the audience see their face as they advance closer instead of only having them see their face when they are too close to the mirror. 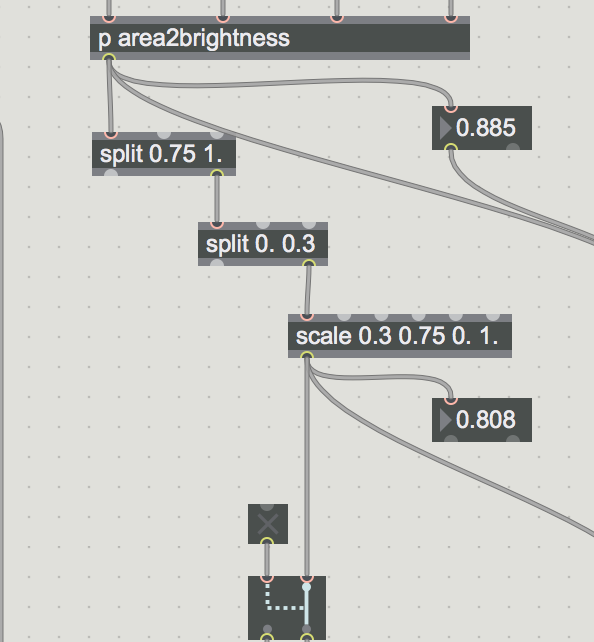 And this is what i have eventually altered it to.

Going back to the real problem, I realized it was the number of frames the program was running by each second. The components that needed changing was not in the first few, it was in the ‘p area2brightness’ patcher. The ‘$1 100’ message is to generate a timed ramp. Each ramp generating a reading for face recognition and the scale of the face is increased now, therefore, the transition for the dimness of the lights are smoother.

2. Along with this, I changed the scale of the camera so that it can register a bigger face on the area of the screen.

3. Tackling the last point, I went into the first patch ‘p videoin’ and added in ‘jit.dimmap’ that are able to flip the image output around given the extension @invert. 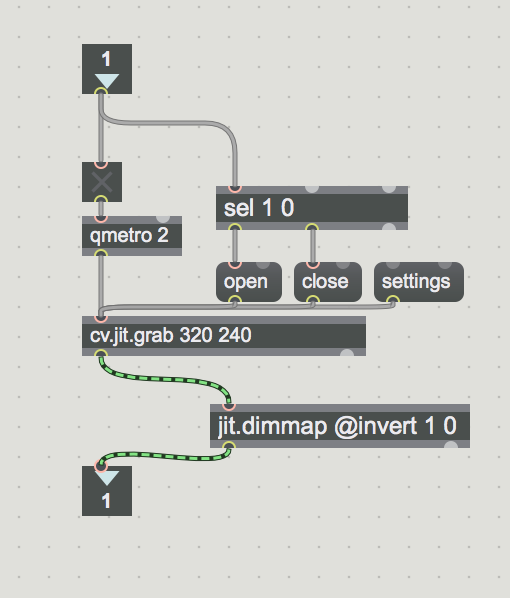 This is the video of the mirror upgraded :”)