School, to us, cannot be called what it is if it does not consist of the most important element: students. The school do not make the students, but rather, the students make the school.

With this as our concept, we realised that the idea of this is very similar to the spine. The spine is the main support for the human body, much like how the students are the main support for the school. With the spine as our inspiration, we wanted to create something sculptural as well as functional for the students. Thus, we decided to design a bench that is inspired from the form of the spine. 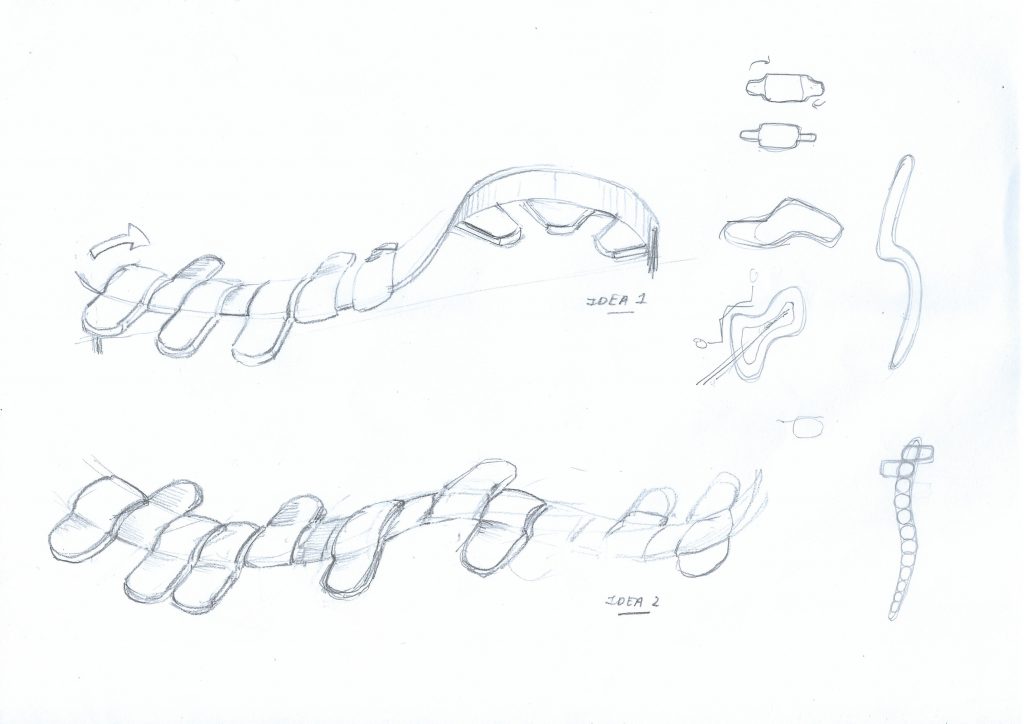 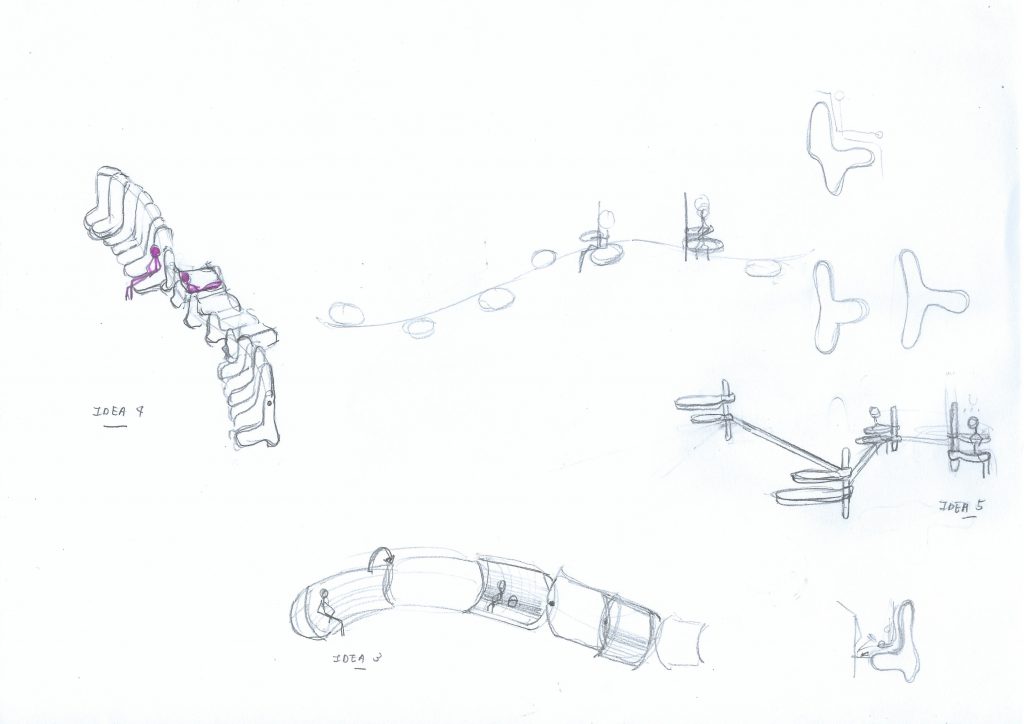 All the designs are similar in the way that the seats are flexible and able to move in opposite sides, where the user gets to choose which side he/she wants to sit on. They are also S-shaped to give a resemblance to the original form of the spine.

However, idea 5 (second image, right) incorporates tables as well as chairs and it gives an idea of the users having their own privacy but still having a sense of shared space as they are being connected to each other.

Initially the idea of these benches would be able to convert kinetic energy to electricity using weight and movement, but it seems that not much movement will actually be converted as the users will be seated.