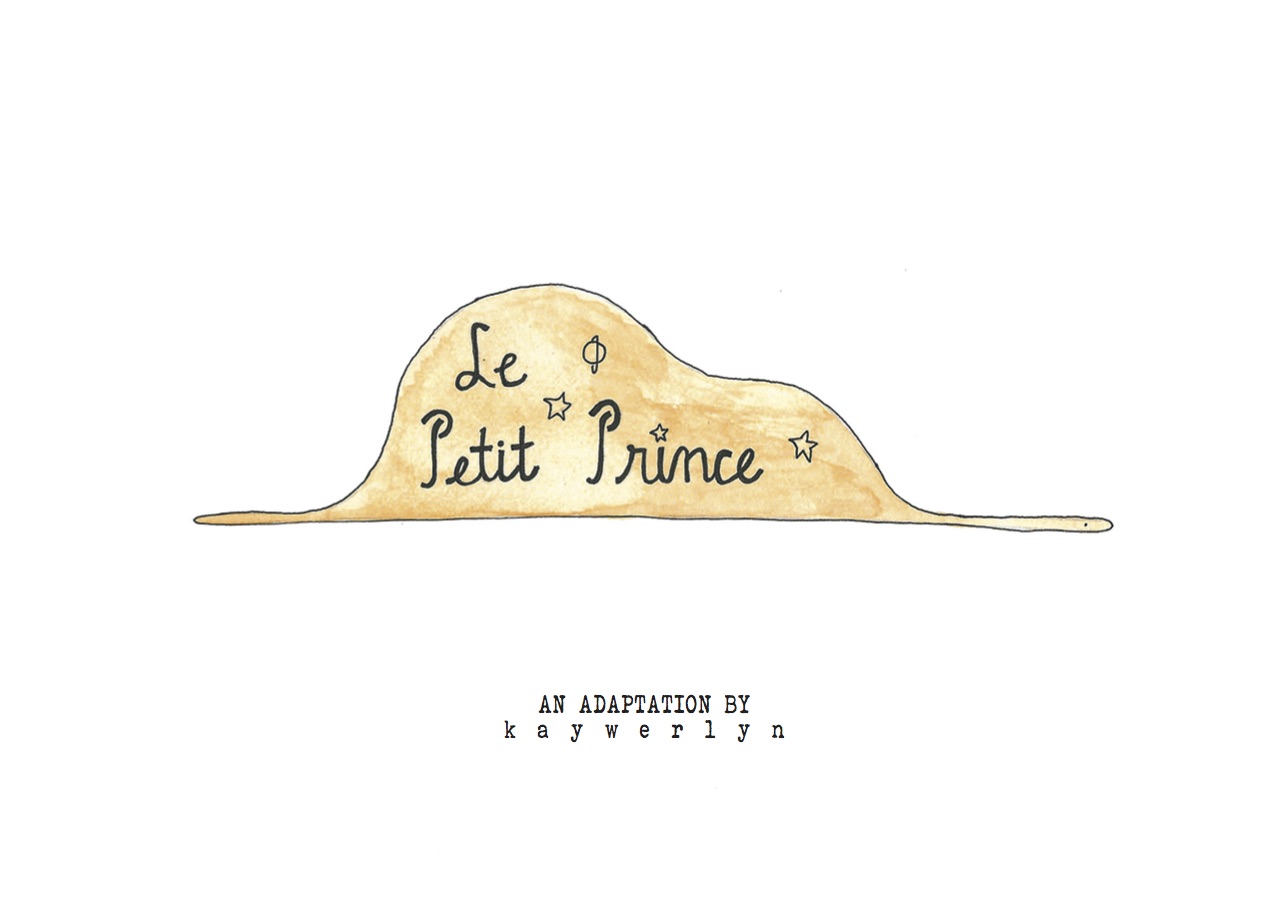 These are the digital version of my intended zine. I decided to add an introduction about my POV adaption along with an abstract of The Little Prince where he was explaining about the story of the boa constrictor. Also, before every POV piece I added the title and the meaning of the illness. 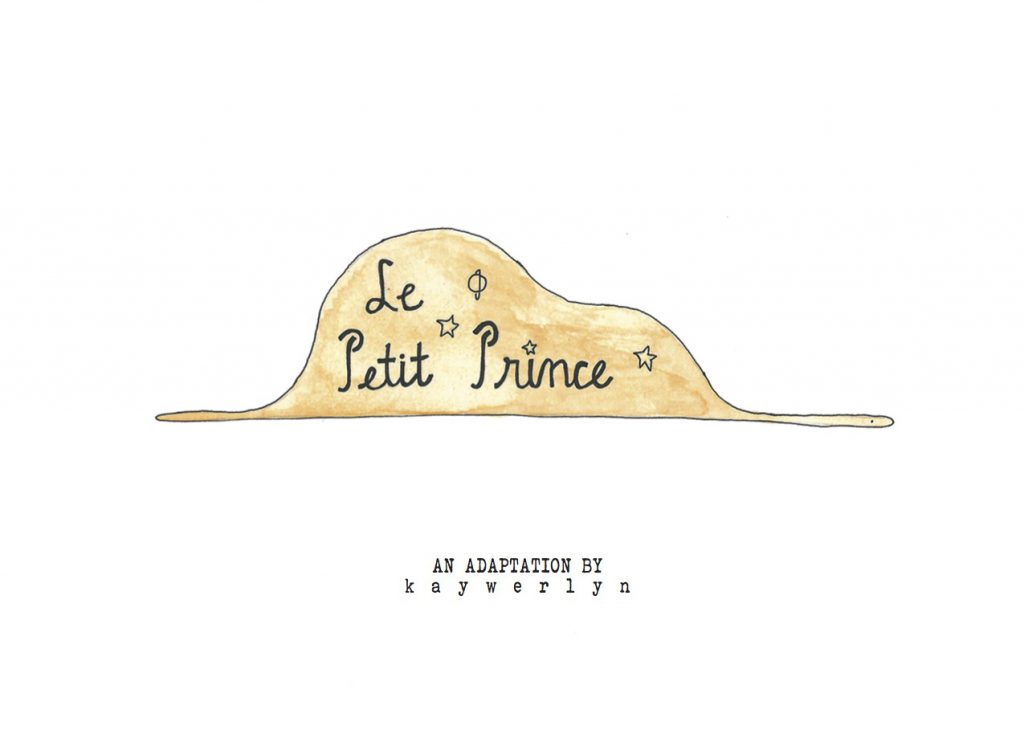 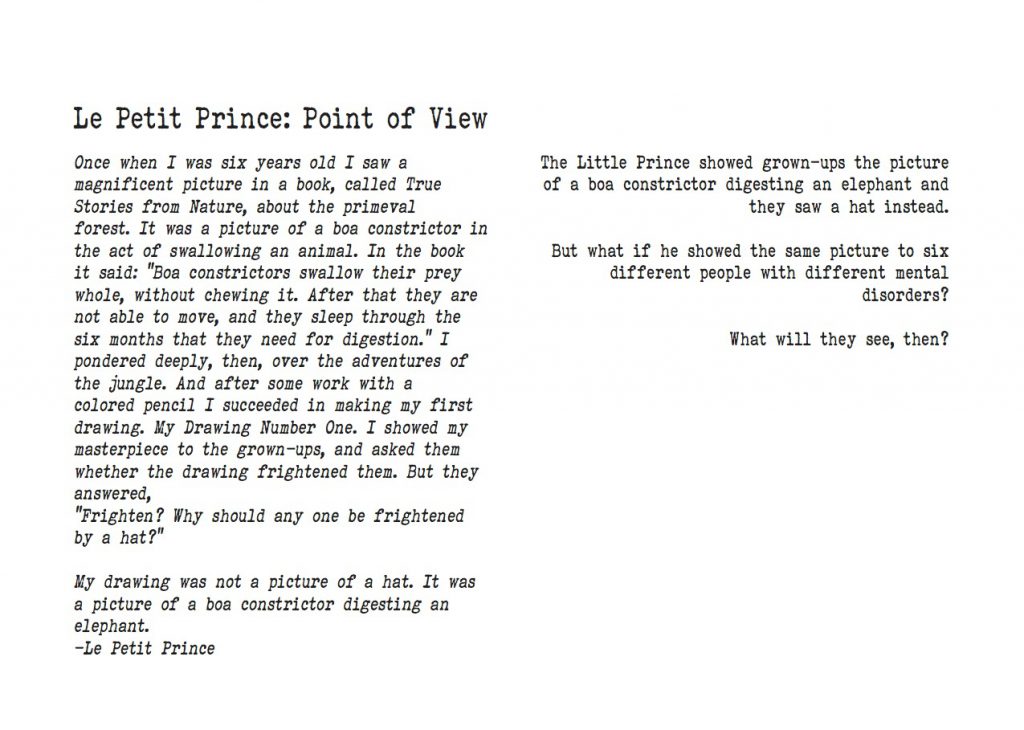 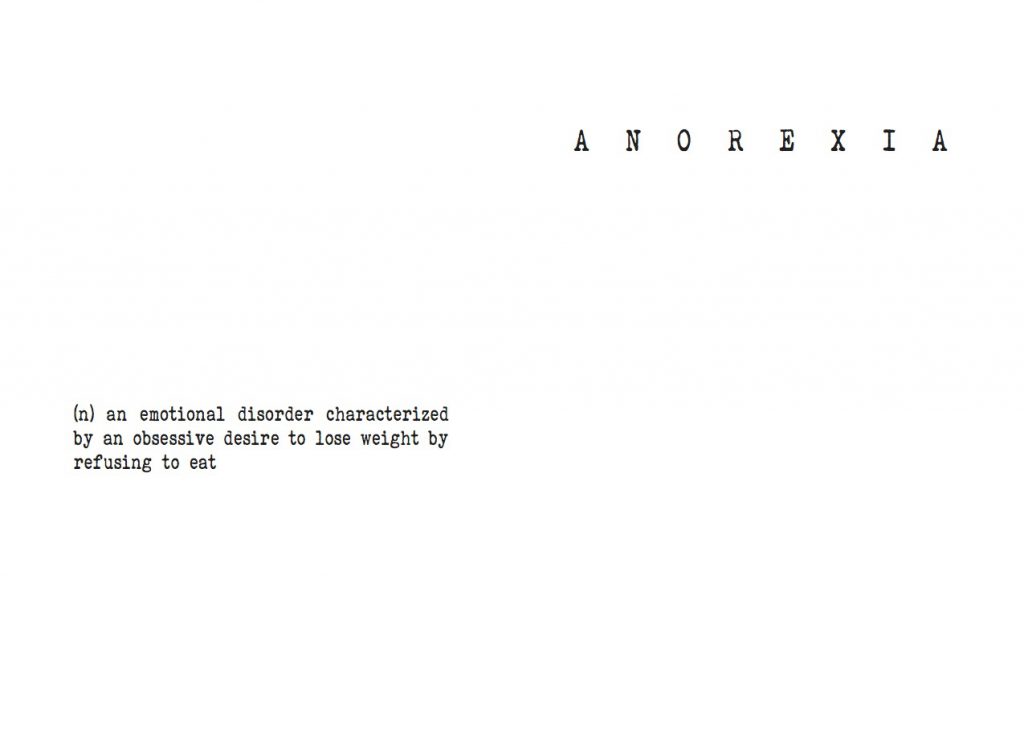 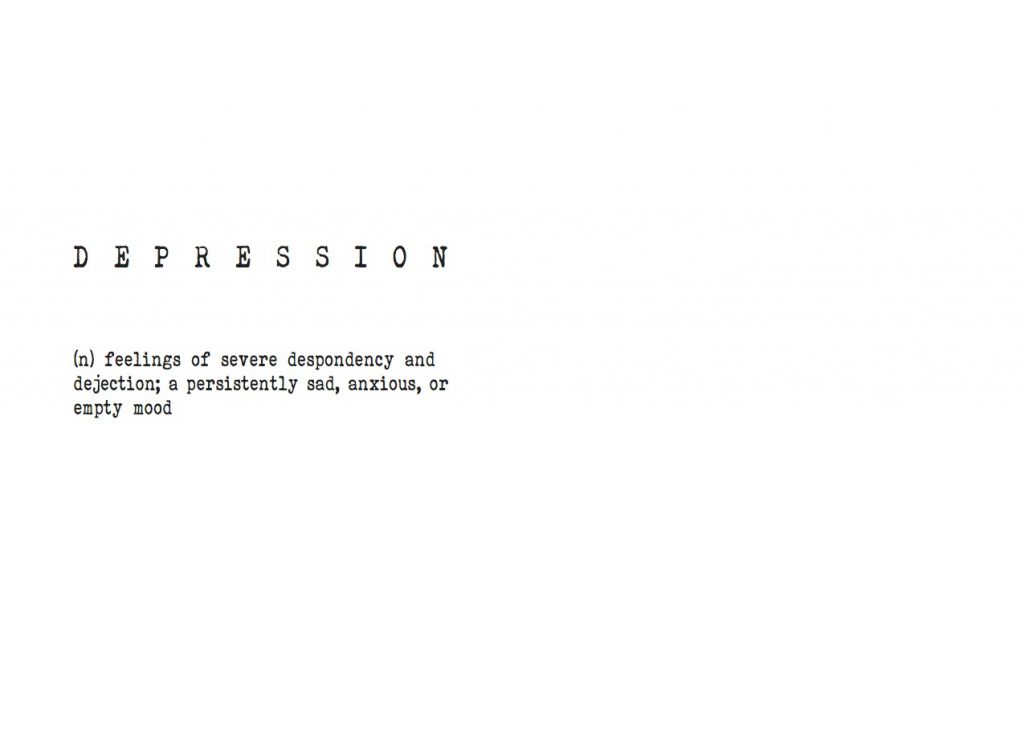 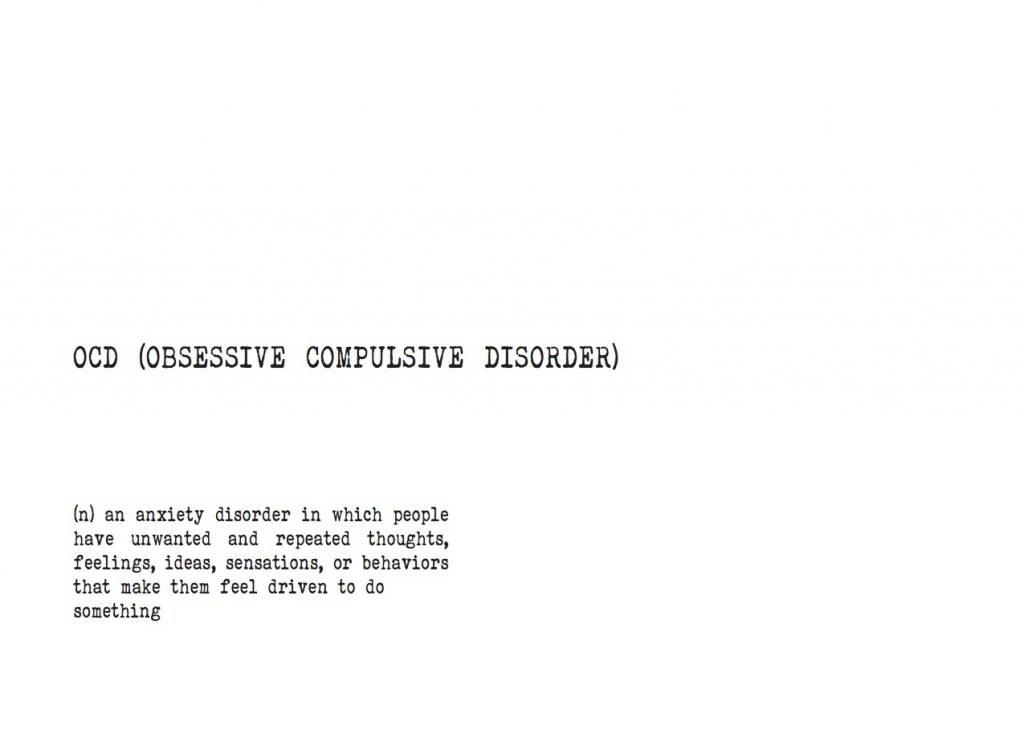 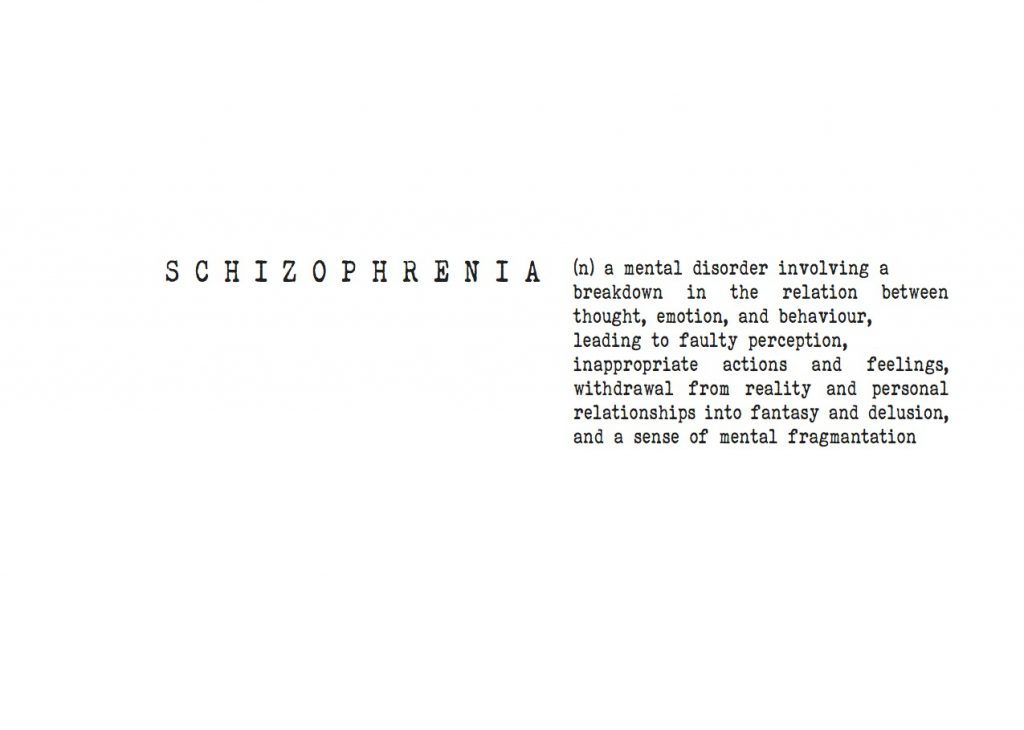 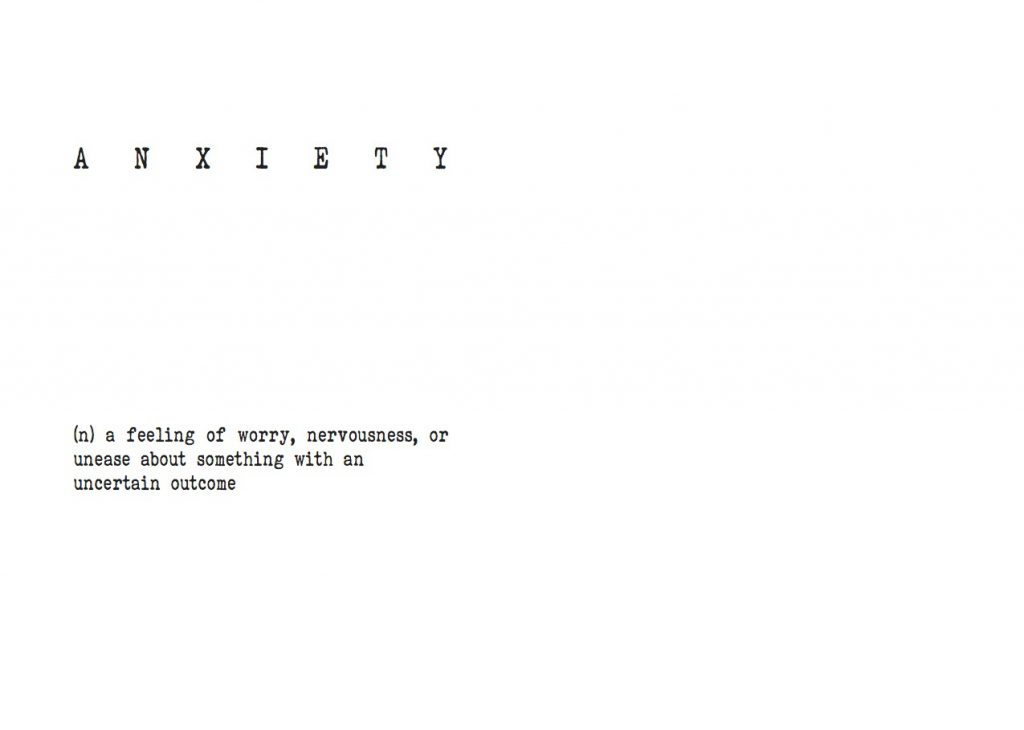 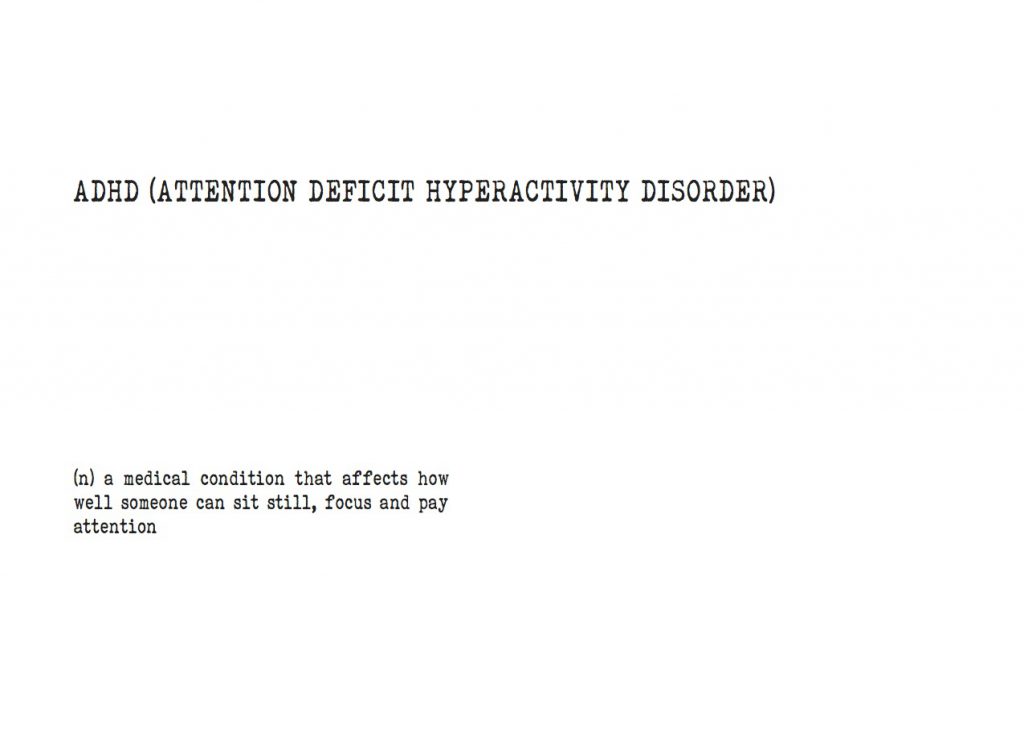 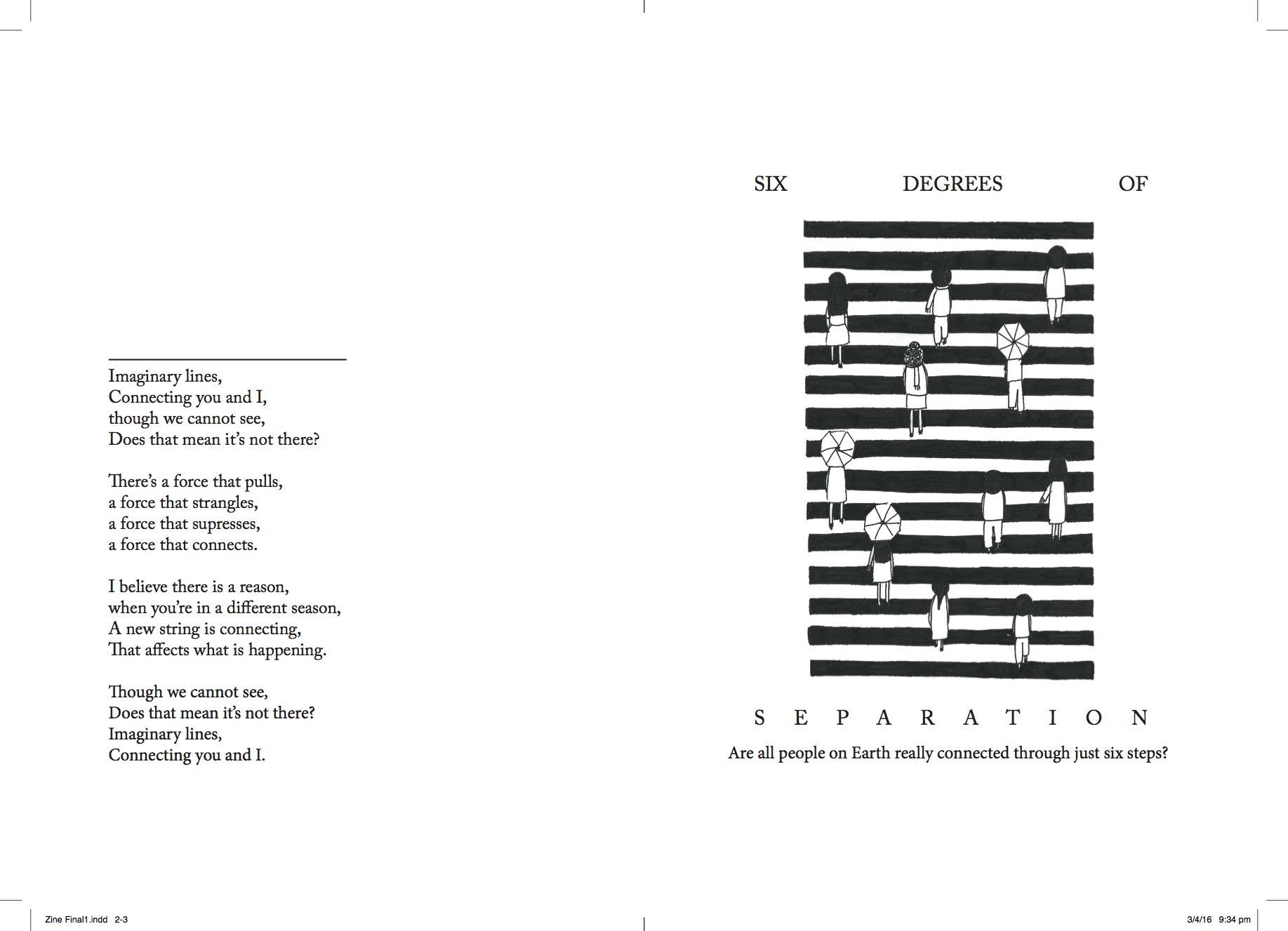 So now that I’ve decided on my work and also illustrated them, it’s time to edit them into InDesign! 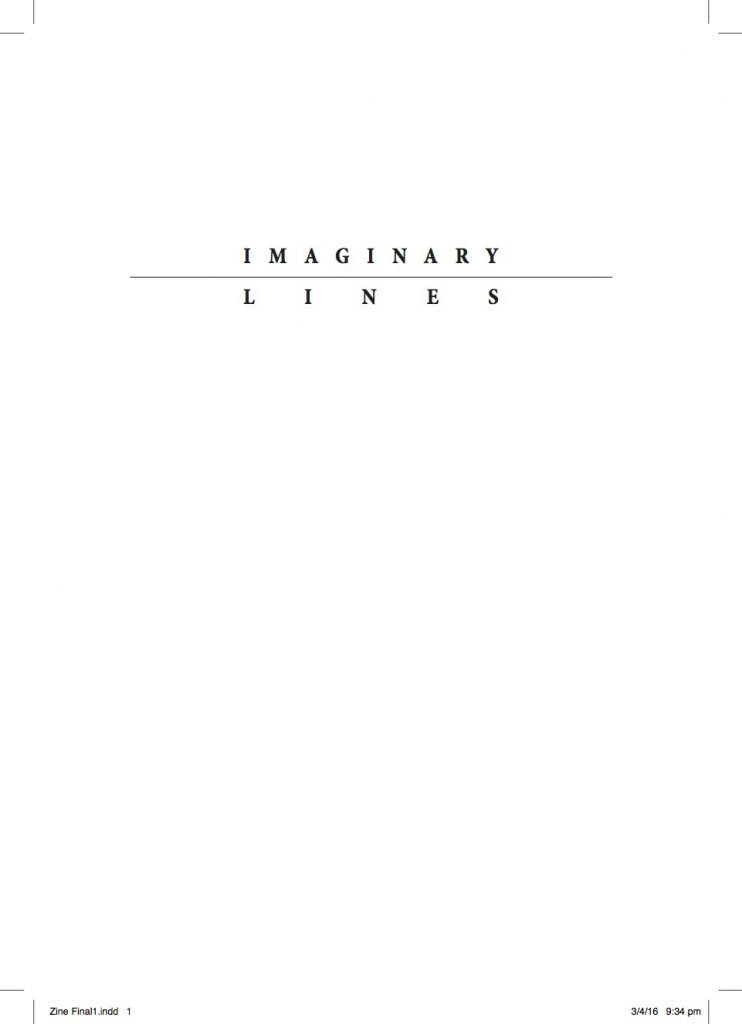 Above the poem, I decided to leave it blank because after printing it would, I wanted to cut a hole and sew threads across the hole. 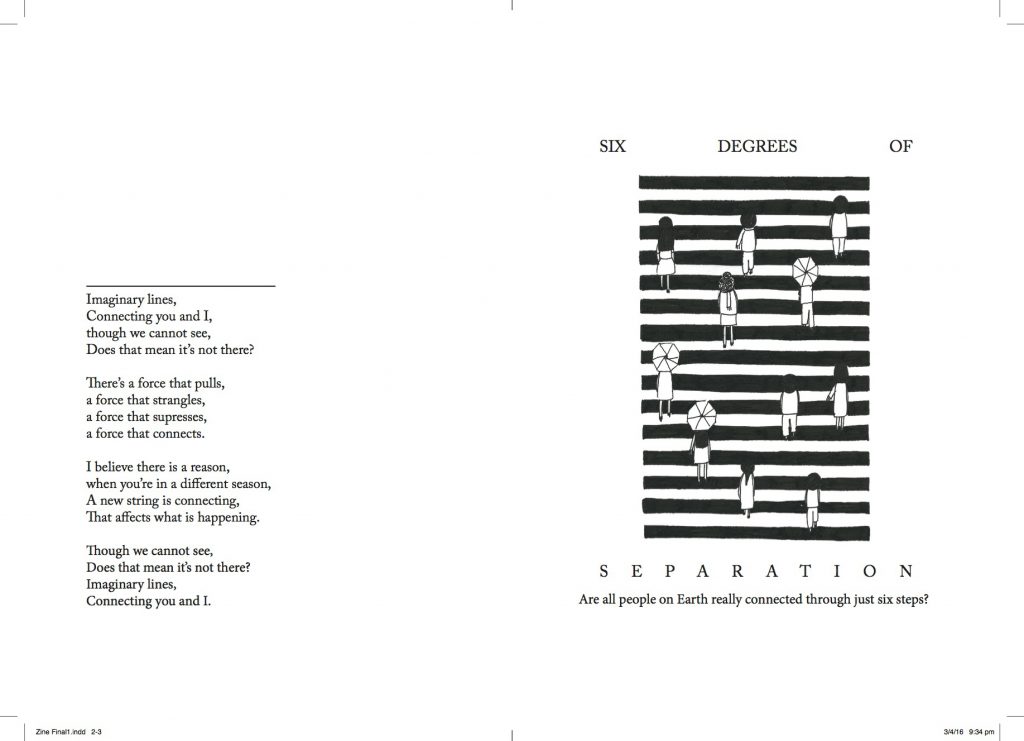 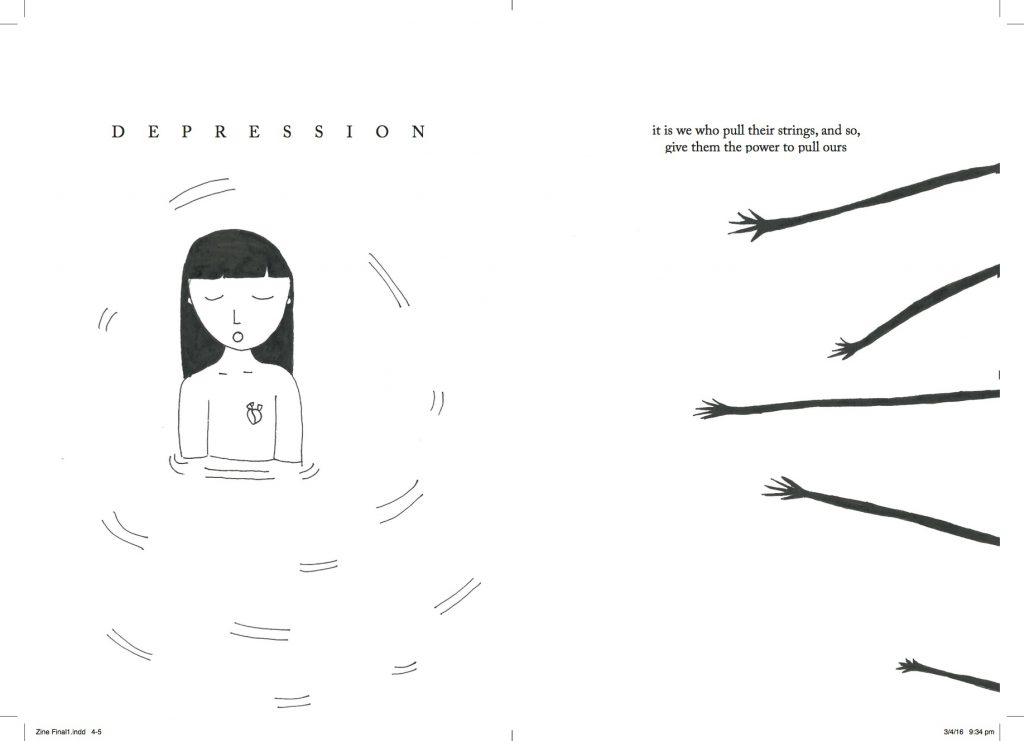 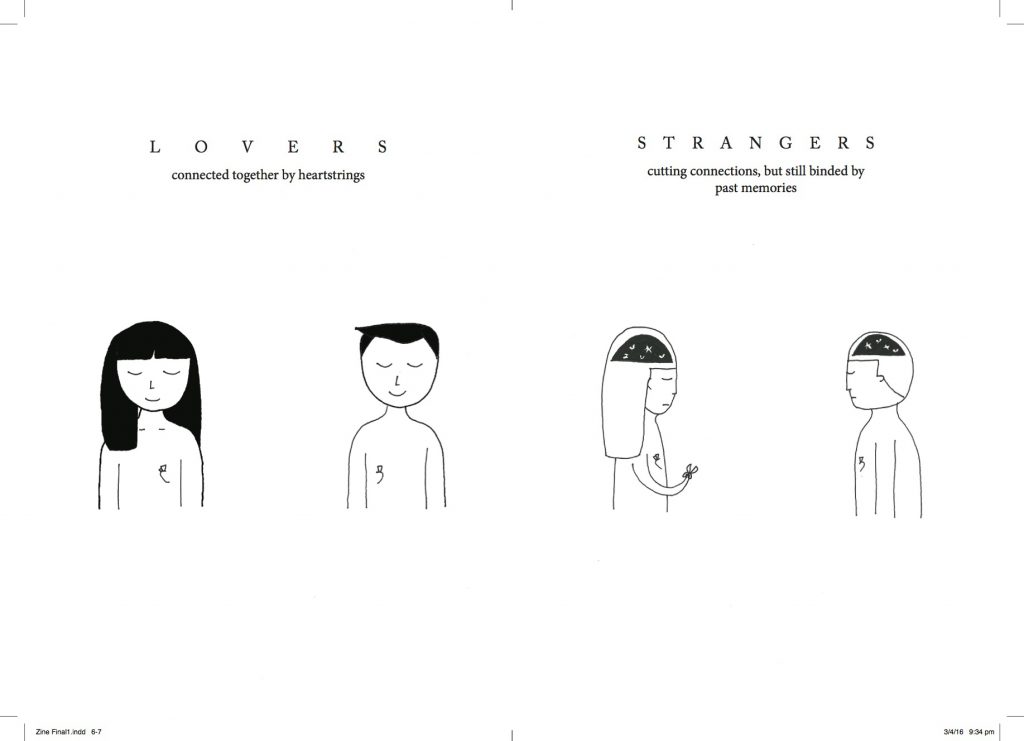 I decided to do another page of marbling for the back page too and my name would be printed on it. 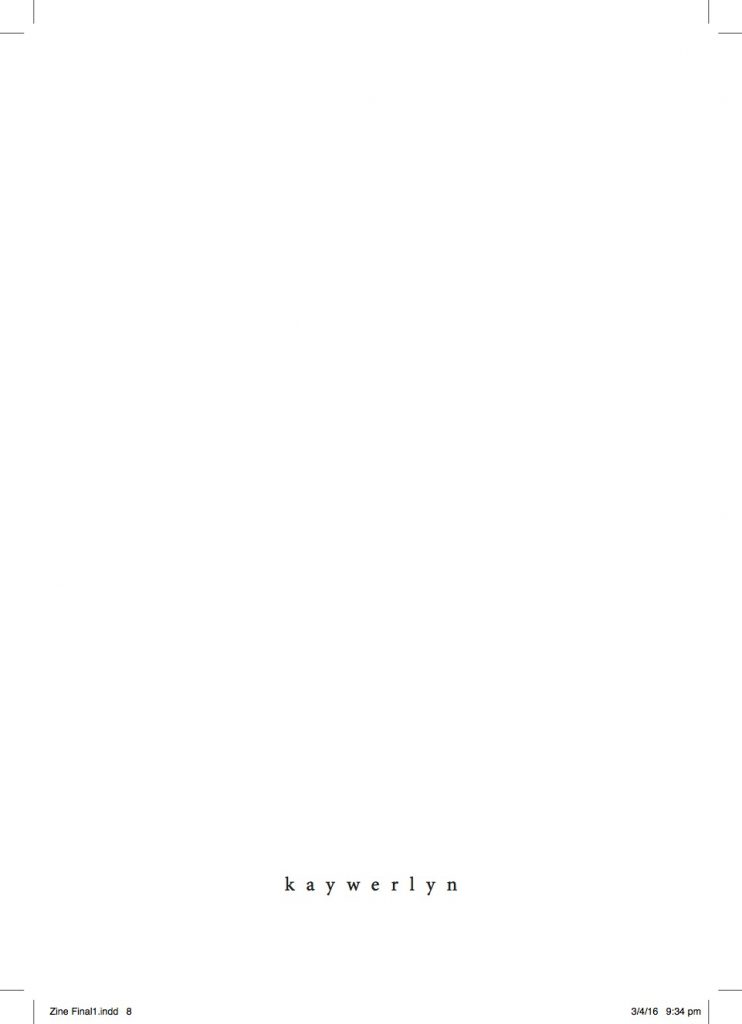 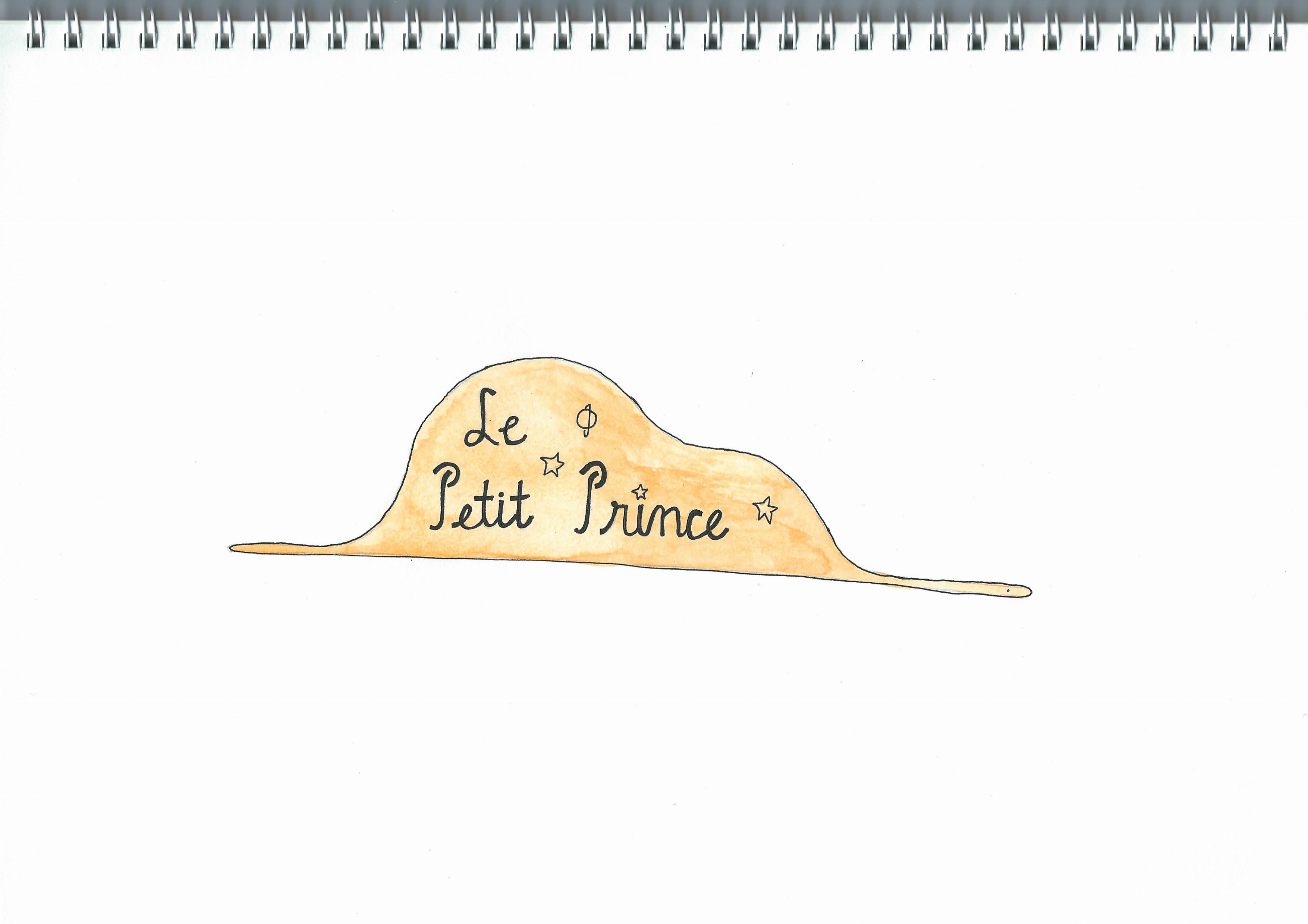 During consultation Ina really liked my set of POV and she suggested if I could do a zine on it so I thought why not, since the works were already done, all I needed to do was to just come up with the cover page and the introductions.

I did the illustration once, and I was very pleased with it so I decided to scan and use it for my cover page. 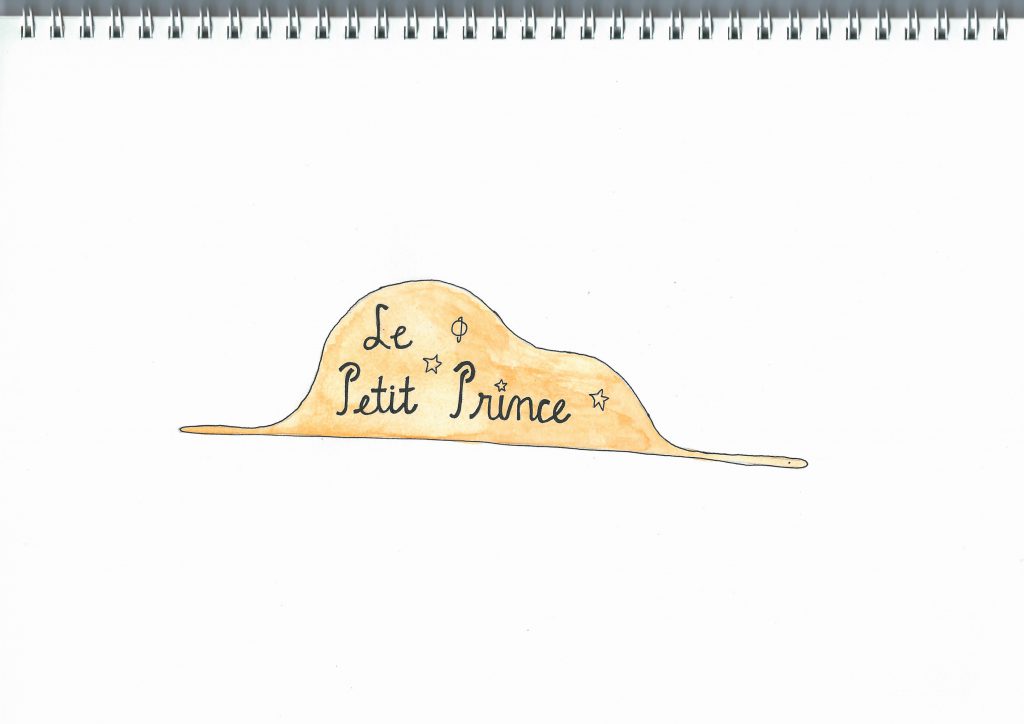 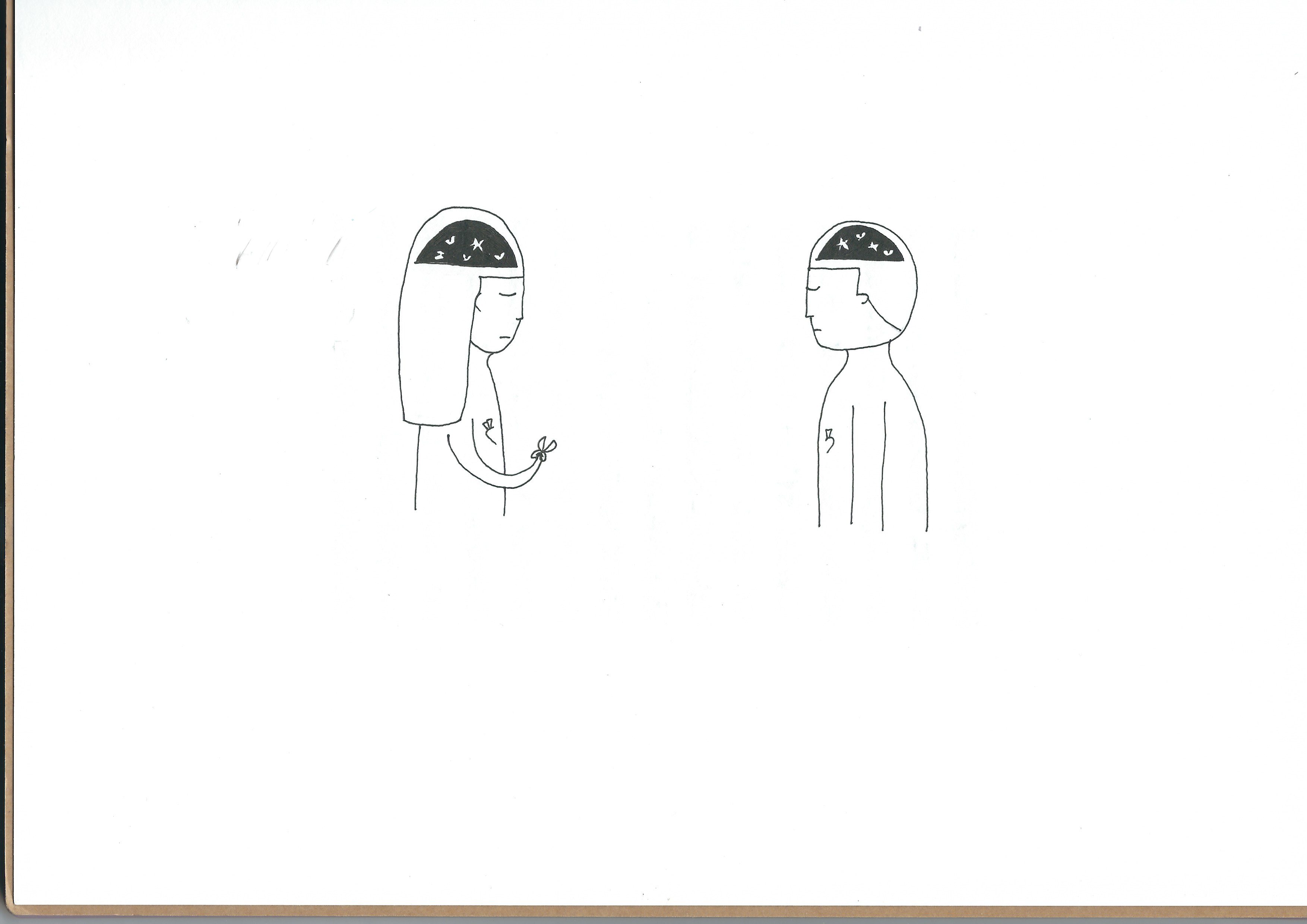 Now that I’ve decided on my topic, I started to brainstorm for the content and because my Depression piece from POV was the inspiration, I knew I wanted to include that into my zine. After much consideration I decided on 4 topics in my zine:

And so I did a few sketches in my sketchbook just to get an idea of what I wanted to do: 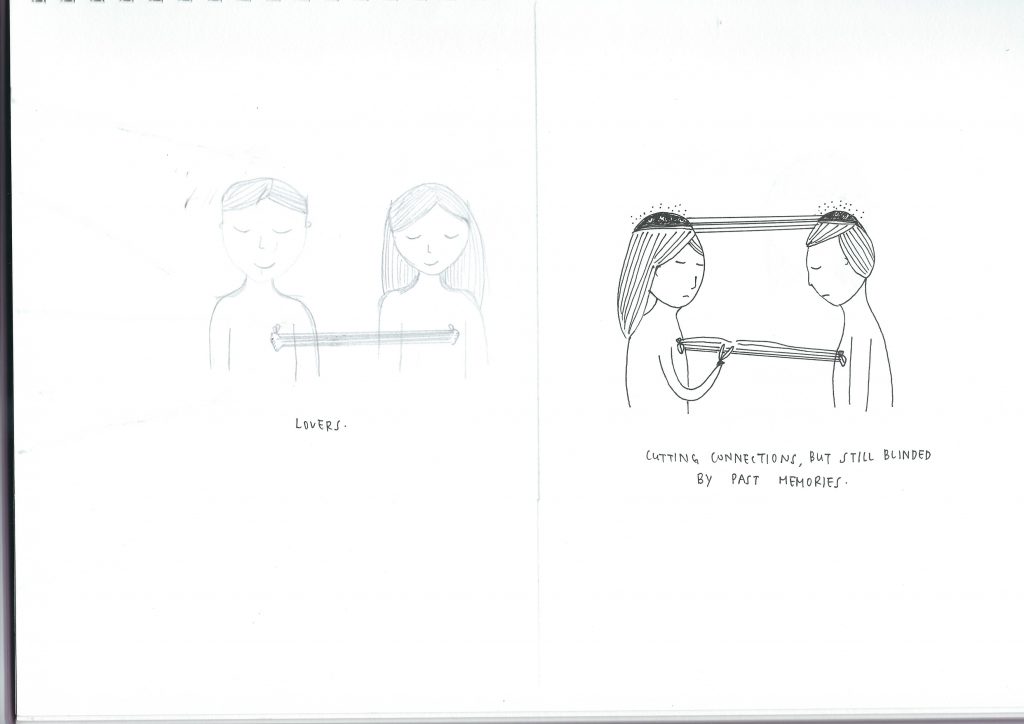 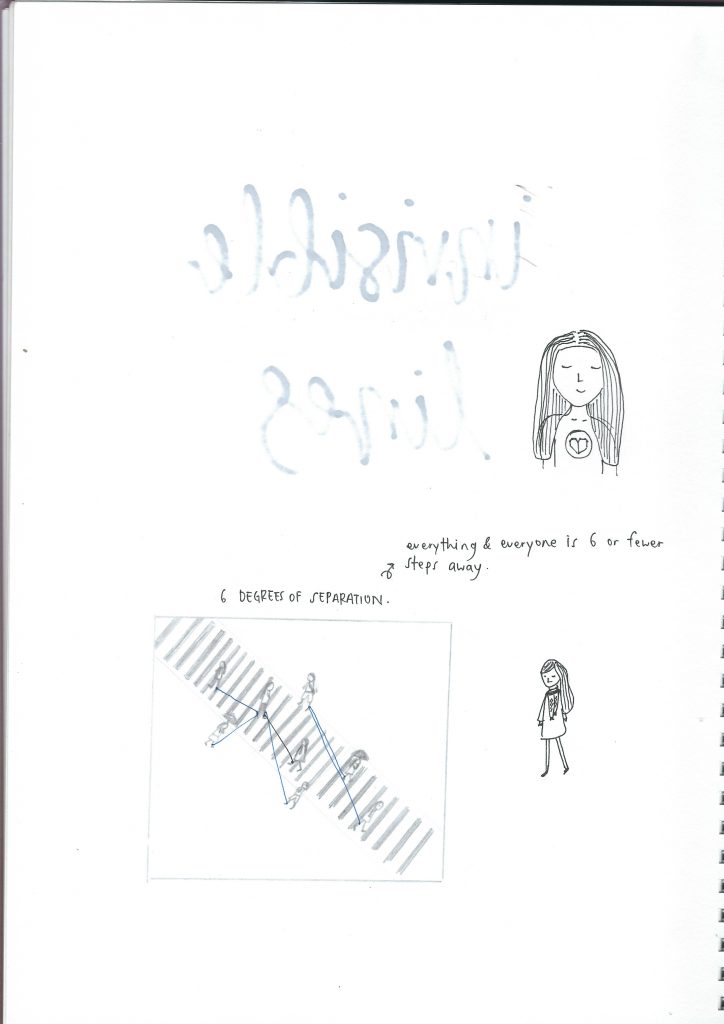 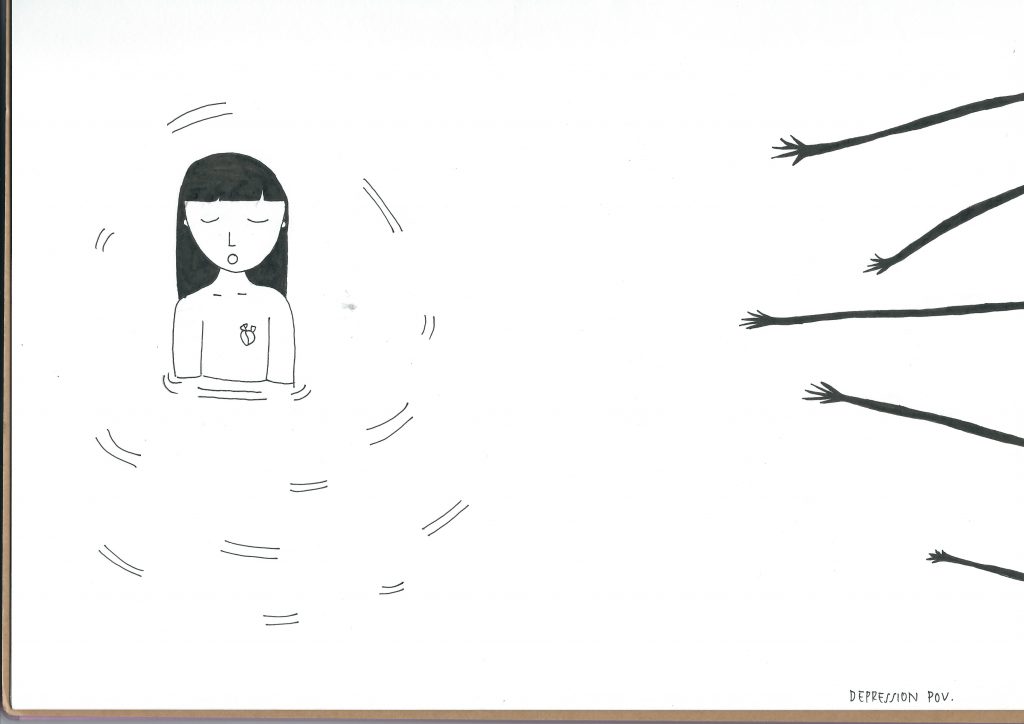 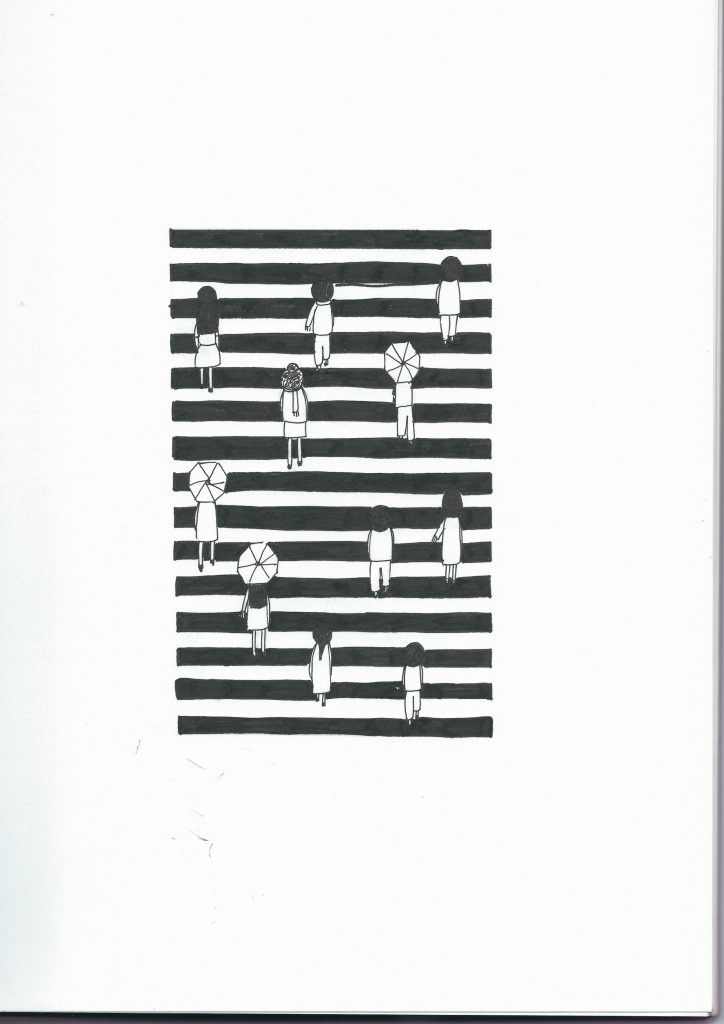 I really liked this technique of marbling so I decided to use this as my cover page, also to play on the idea of when someone sees it they would expect something abstract but they would be surprised to see it’s something entirely different when they open the zine. 🙂

This was done using water and marbling paint. 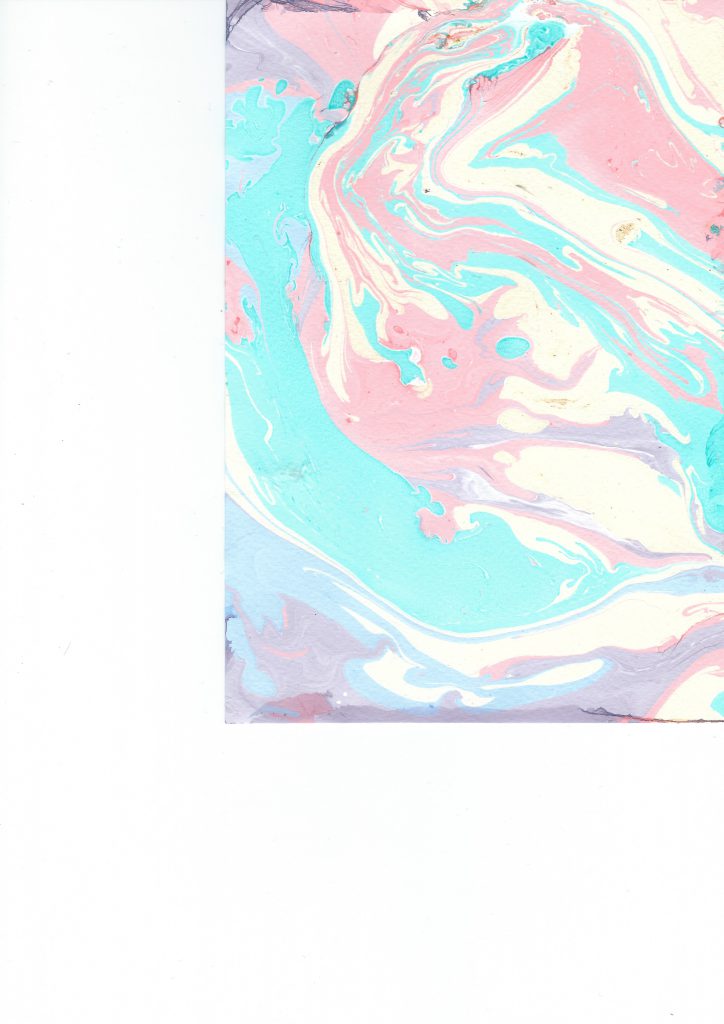 I decided to redraw the illustration for Lovers and Strangers because I felt that a softer image of both characters would fit the book perfectly. 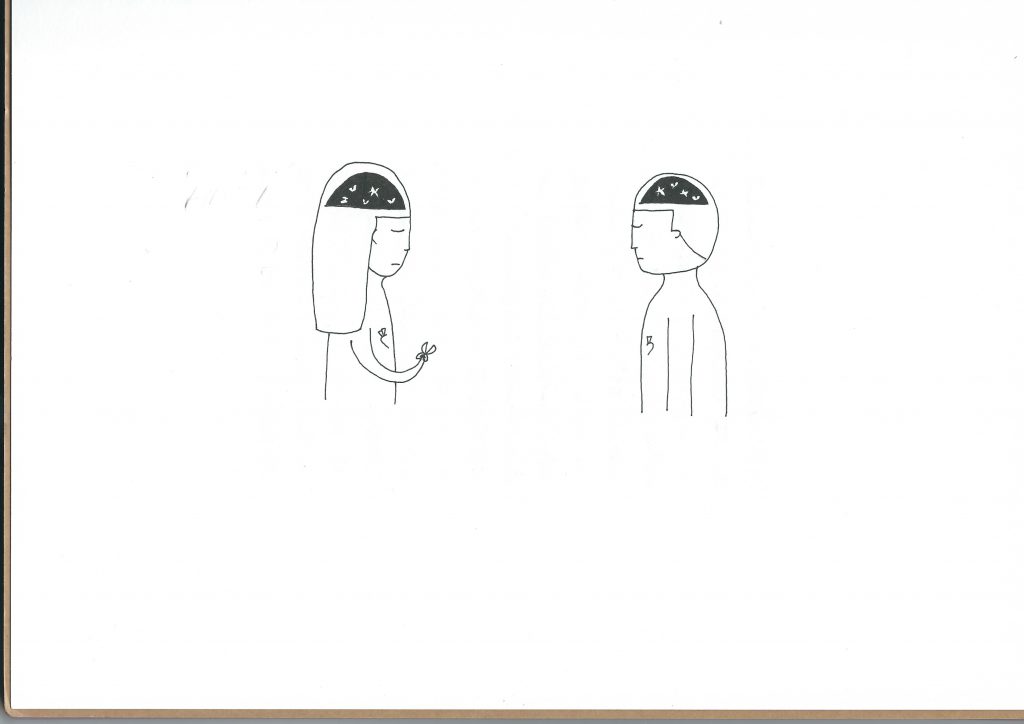