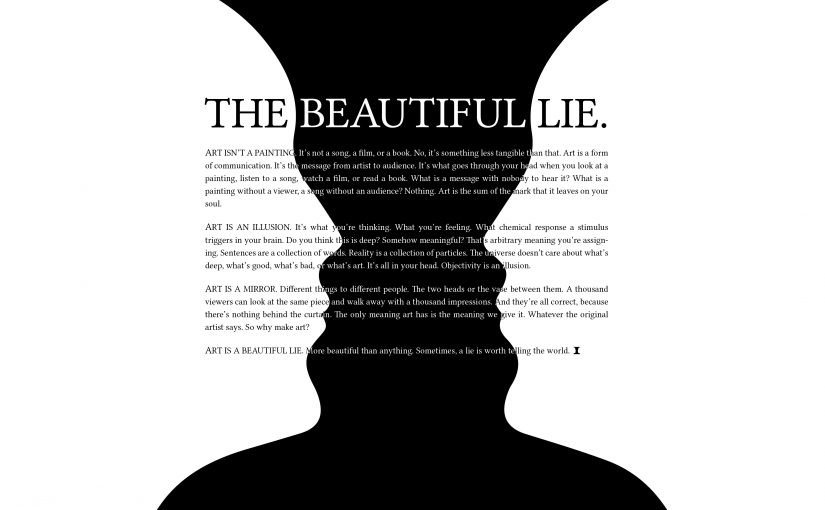 ART ISN’T A PAINTING. It’s not a song, a film, or a book. No, it’s something less tangible than that. Art is a form of communication. It’s the message from artist to audience. It’s what goes through your head when you look at a painting, listen to a song, watch a film, or read a book. What is a message with nobody to hear it? What is a painting without a viewer, a song without an audience? Nothing. Art is the sum of the mark that it leaves on your soul.
ART IS AN ILLUSION. It’s what you’re thinking. What you’re feeling. What chemical response a stimulus triggers in your brain. Do you think this is deep? Somehow meaningful? That’s arbitrary meaning you’re assigning. Sentences are a collection of words. Reality is a collection of particles. The universe doesn’t care about what’s deep, what’s good, what’s bad, or what’s art. It’s all in your head. Objectivity is an illusion.
ART IS A MIRROR. Different things to different people. The two heads or the vase between them. A thousand viewers can look at the same piece and walk away with a thousand impressions. And they’re all correct, because there’s nothing behind the curtain. The only meaning art has is the meaning we give it. Whatever the original artist says. So why make art?
ART IS A BEAUTIFUL LIE. More beautiful than anything. Sometimes, a lie is worth telling the world.

Influenced by Dadaism and post-modernism, as well as the philosophical concepts of solipsism and existential nihilism.

My manifesto doesn’t include a vision statement or call to action. There’s no inherent meaning in any given vision or set of actions. Do whatever you want, I guess. 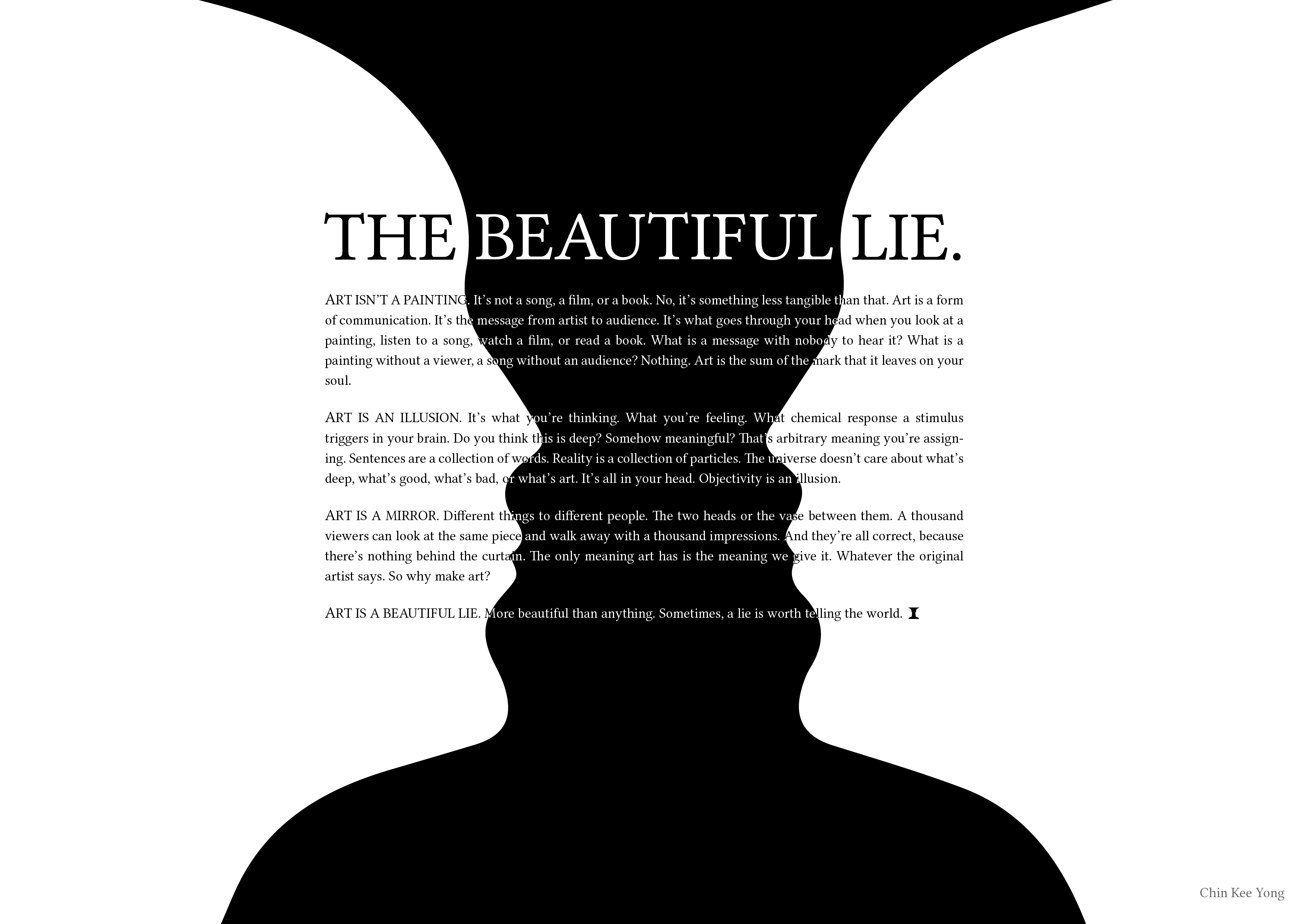