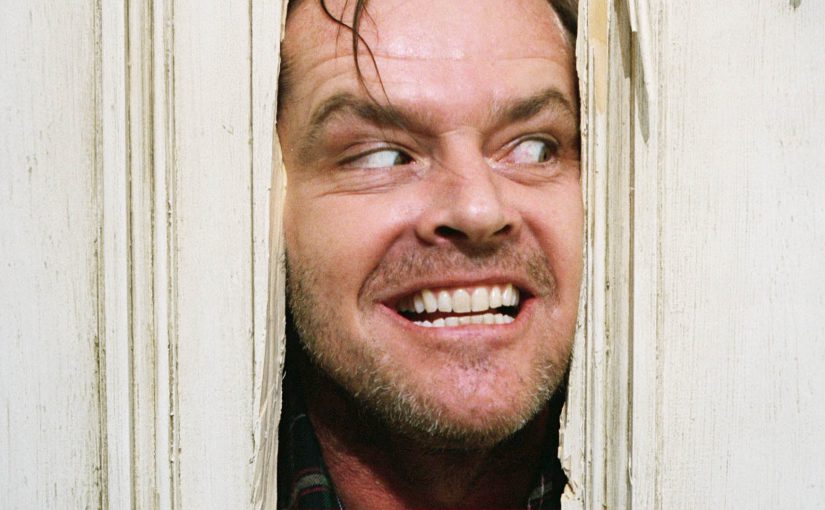 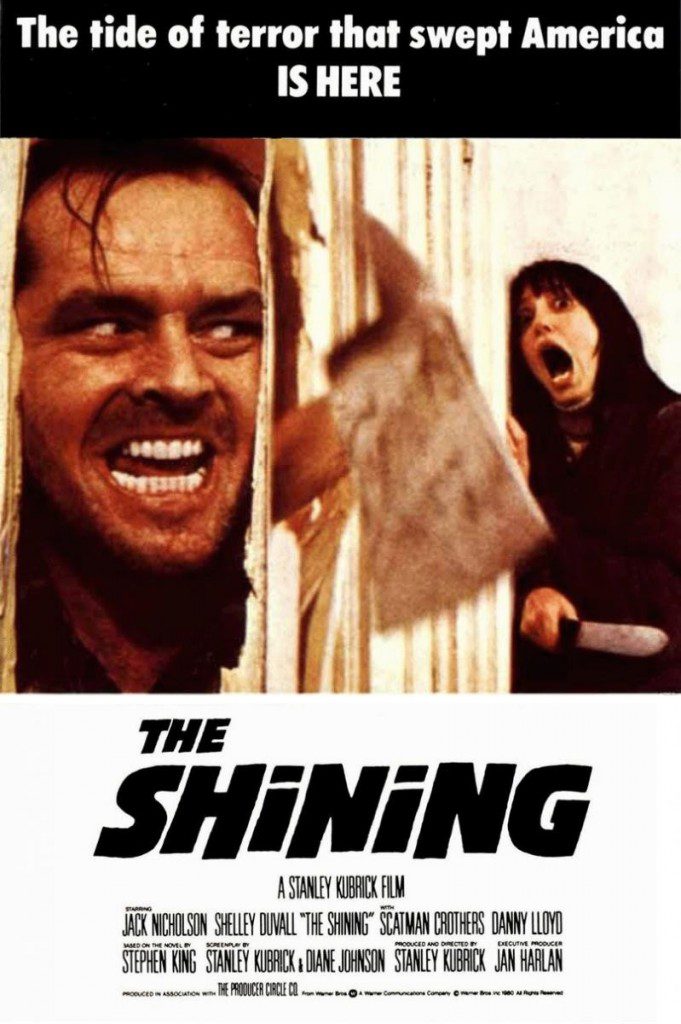 The Shining (1980) is a classic psychological horror film by Stanley Kubrick. It revolves around the male lead’s descent into insanity due to the influence of a cursed hotel. Interestingly, the film doesn’t lean on “axe-murderer” horror for most of its length; instead, it uses disturbing hallucinations, strange happenings, and jarring camera cuts to make the viewer feel off-balance. 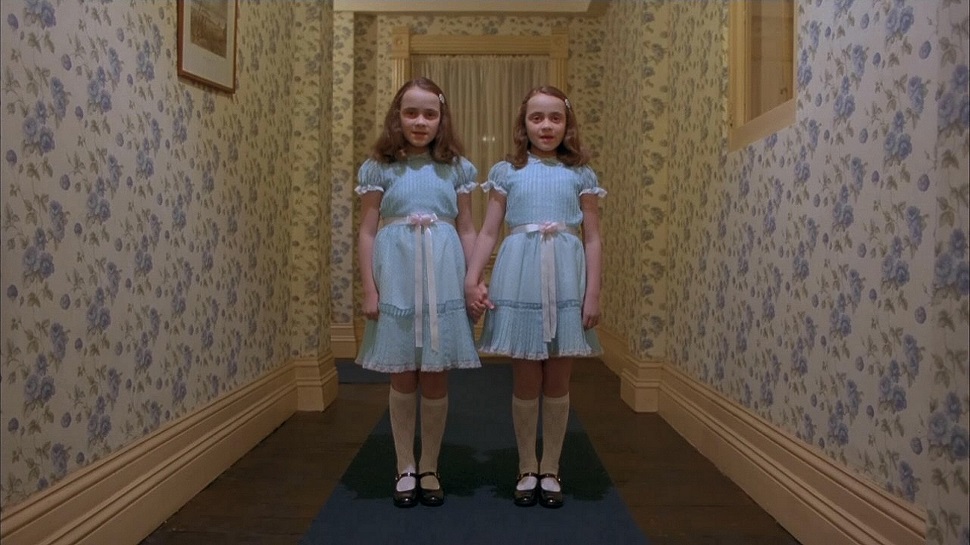 As movie-goers, we have certain expectations about how long the camera should linger on a single shot or scene. We also have expectations about the time it should take for a narrative to build up. When The Shining suddenly spends a minute showing us two creepy girls, or a room filling up with blood, we are forced to stay and watch the same scene for an uncomfortable length of time. Likewise, when the movie spends nearly an hour chronicling the family’s quiet isolation in the hotel, we’re left in suspense and psychologically off-balance, “waiting for the other shoe to drop” and wondering when Jack Nicholson will start killing everyone. I find this technique of time-as-horror in The Shining very interesting; it’s something that other media hasn’t really emulated. 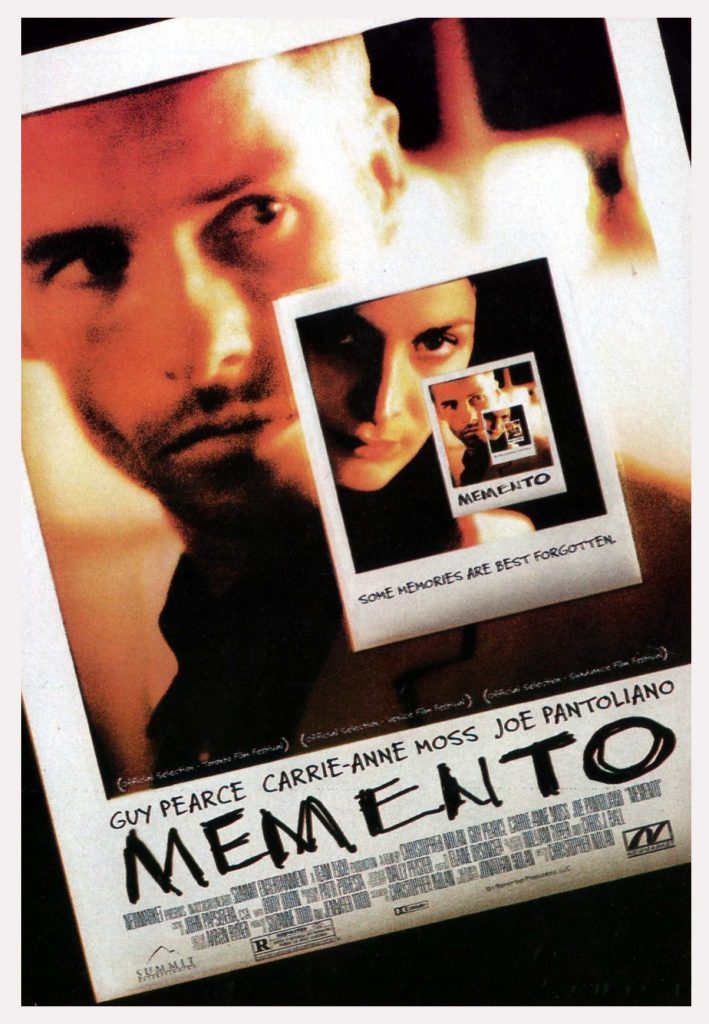 Christopher Nolan’s Memento (2000) is a psychological thriller about a man with short-term memory loss. It’s presented out of chronological order, inter-cutting two different “time streams” of scenes — one starting from the chronological beginning of the narrative, one starting from the end, and both eventually converging in the climactic middle segment. Nolan would go on to direct the Dark Knight trilogy as well as the blockbuster thriller Inception.

Although Memento’s flashback gimmick isn’t new to storytelling, it’s the first film that used the effect to commercial success. Through our disorientation, we come to understand the main character’s disorientation, and become equally invested in the mystery he is embroiled in. The out-of-order chronological sequence also lets Memento pull off some tricks when it comes to the separation of audience knowledge and character knowledge; by manipulating the order we see scenes in, we are privy to knowledge that the main character isn’t, to dramatic and compelling effect. 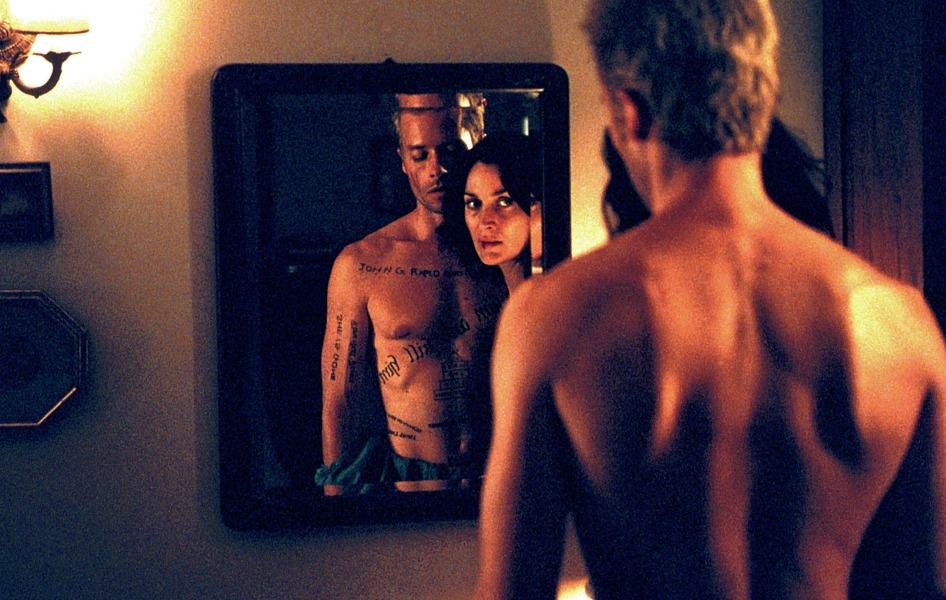 The Shining and Memento are noteworthy because they both use time in different ways from traditional films. However, the films have different fundamental goals, which informs their use of time. In The Shining, the director wants to disturb and scare the audience; hence, he constantly changes up the time taken for each shot, and interleaves seemingly contextless scenes with the main narrative. This leaves us confused and on edge. Meanwhile, in Memento, the goal is to thrill the audience with unexpected twists; thus, the structure of the film is relatively predictable, but each jump in time reveals a new part of the mystery, and leads us towards a shocking, thrilling ending. (Or middle, depending on your point of view.)