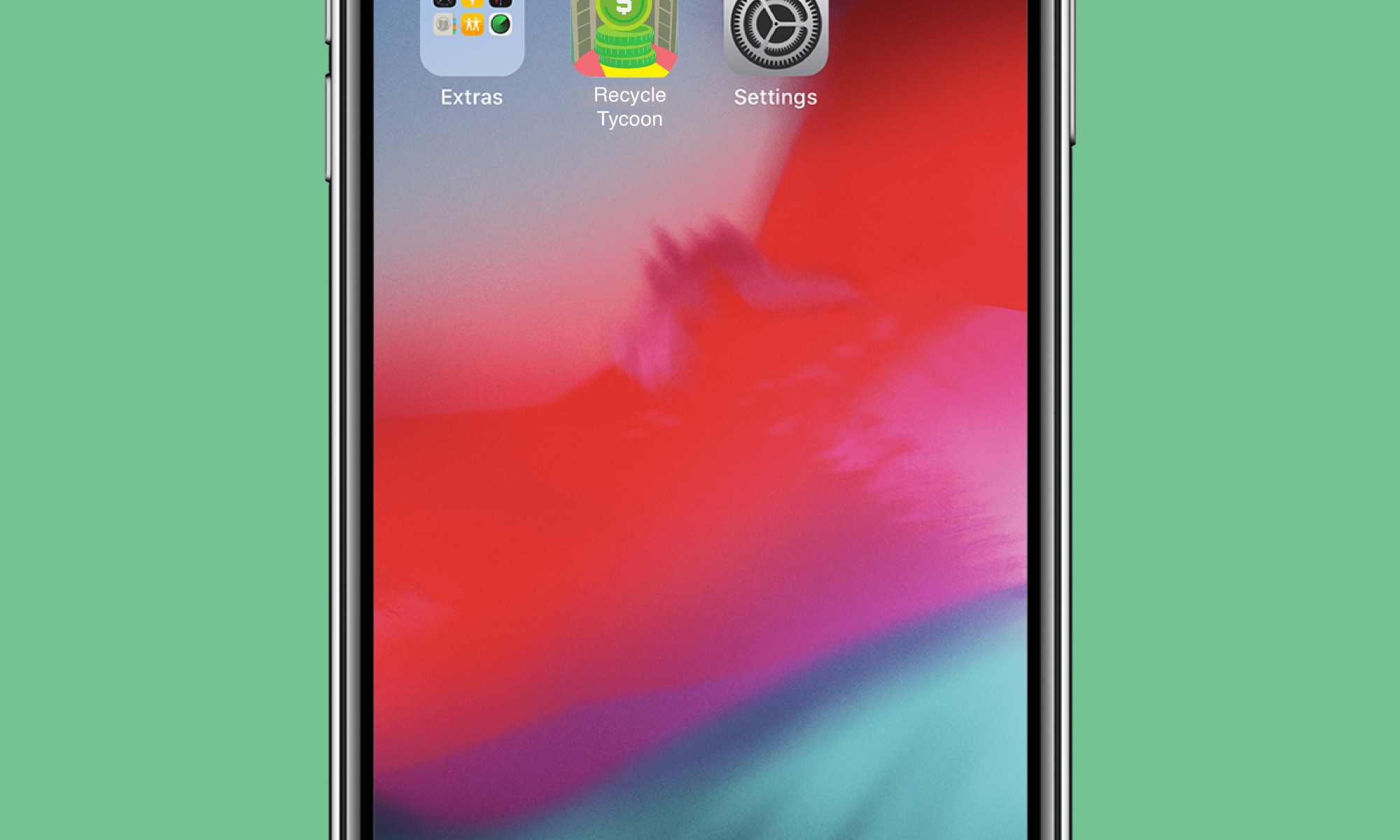 So for my second idea, I wanted to create an educational game and my first initial idea was a drag and drop game where you put the right recyclables into the right bin as they fall down your screen. 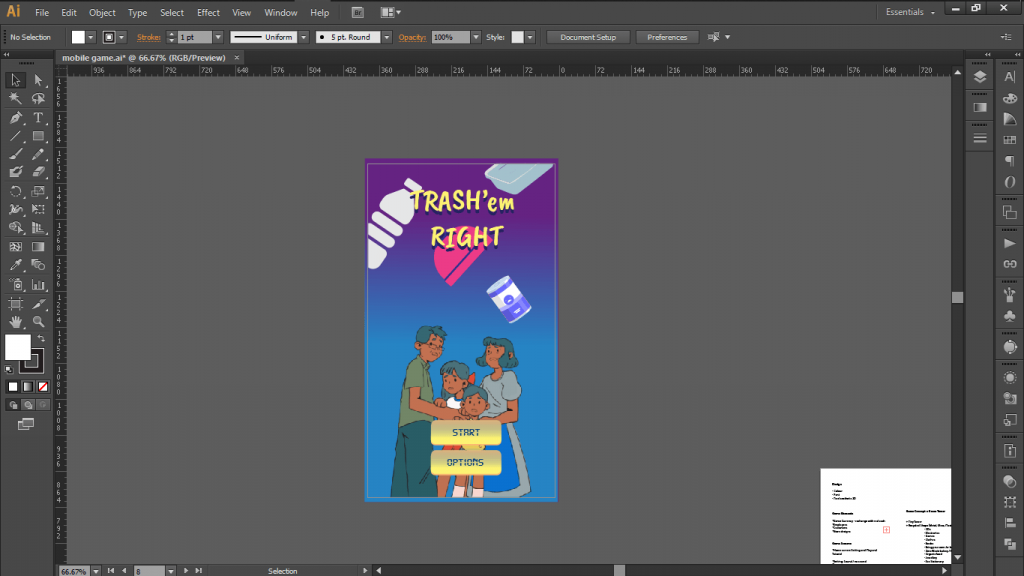 But after consulting with Michael, I realsied that the tone of my game should have been something light instead of being scary. And plus I did not integrate the text properly with the graphic at the background so it didn’t look that great either.

After going back to think about the game, I decided to play a number of educational recycling games on the app store to give me inspirations. 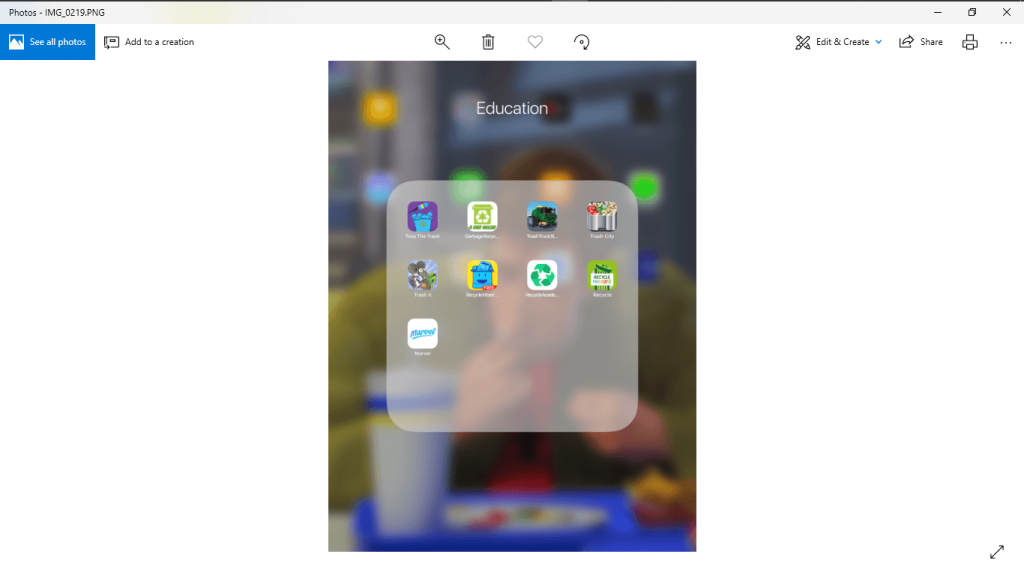 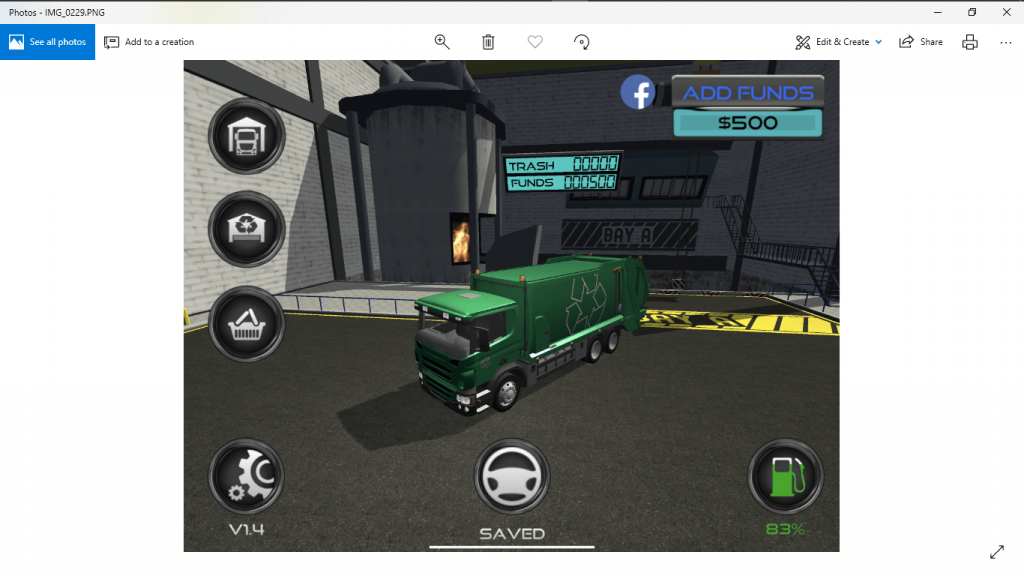 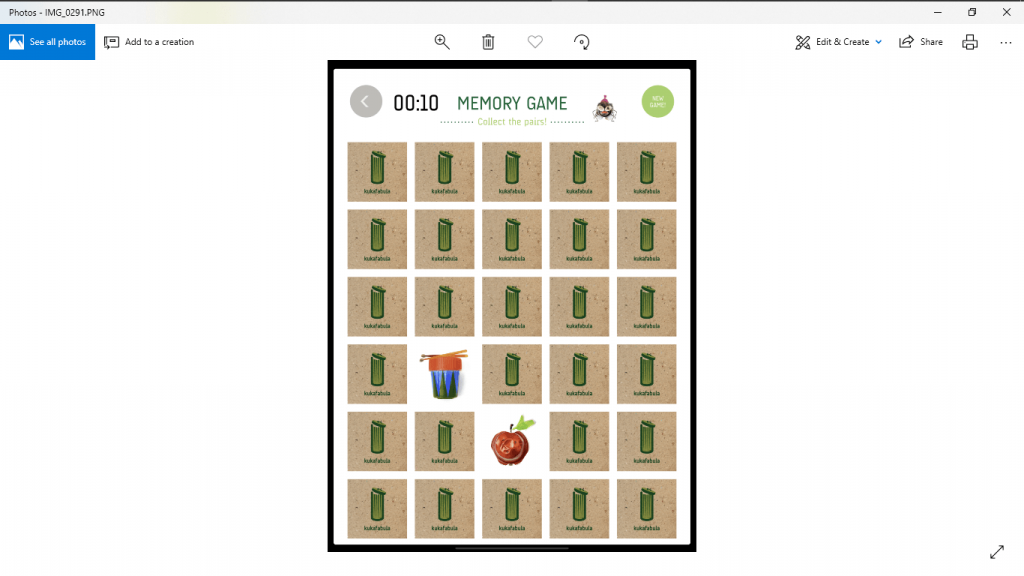 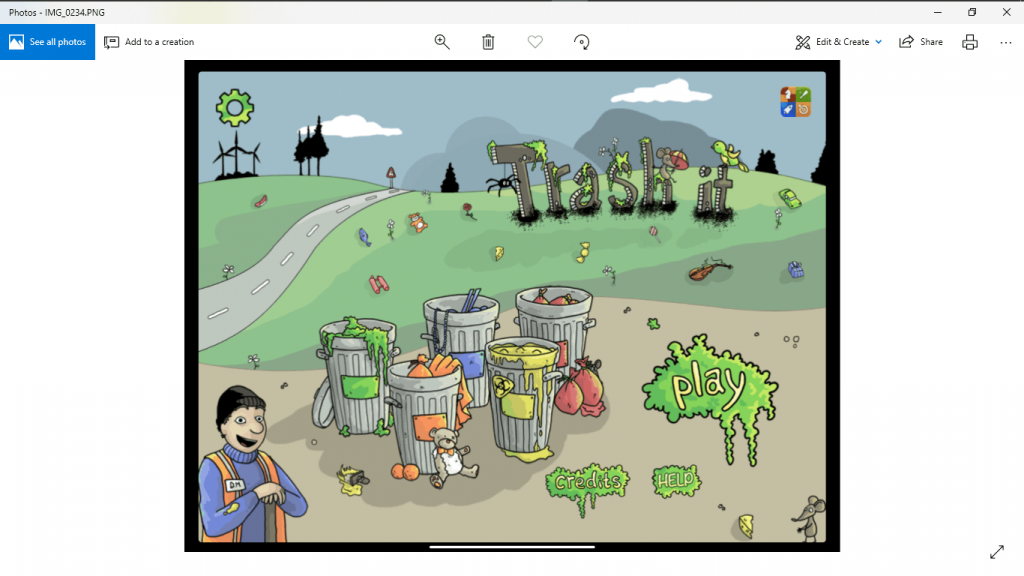 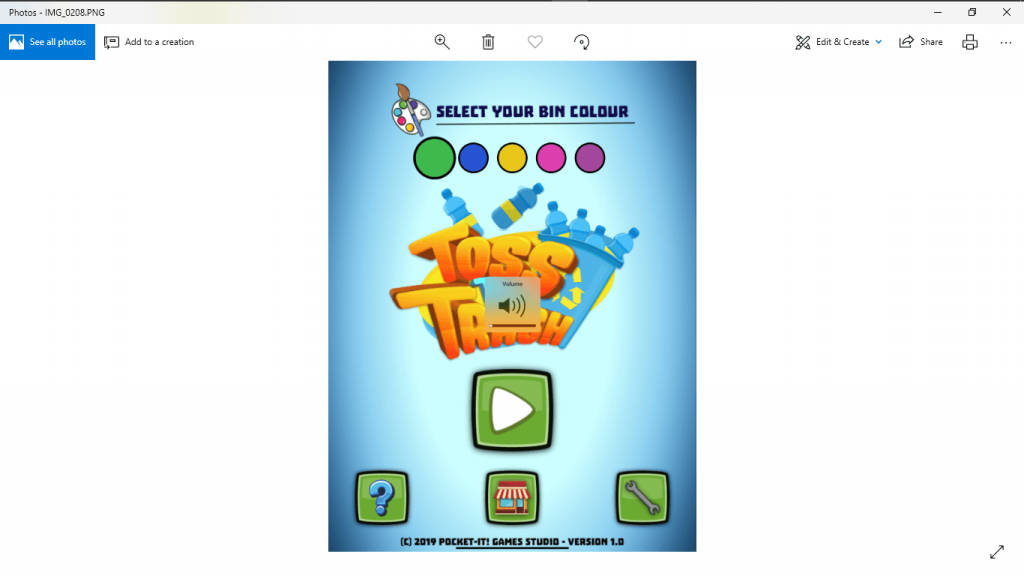 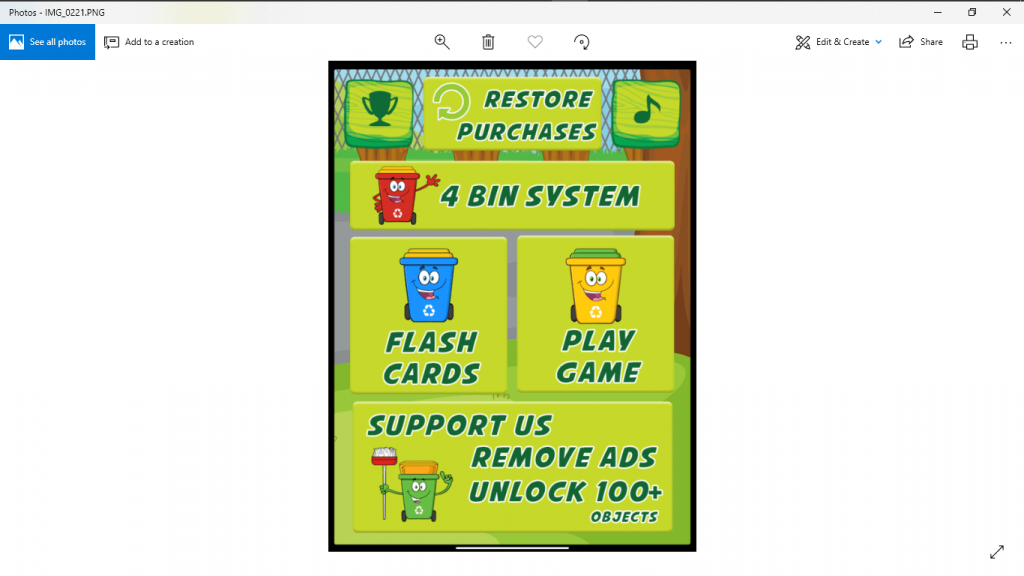 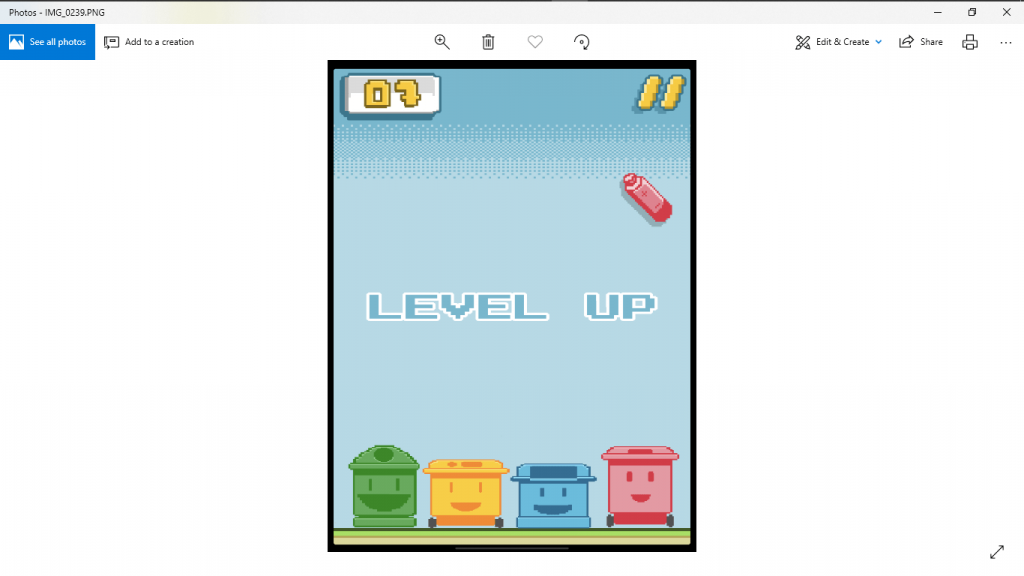 However after playing them, I realise that the replayability of these educational games were not that high, as they tend to be aimed more towards education rather than the gameplay. So instead of educational games, I tried to think of games that I had played a lot by myself. And through my old downloads history, I found Tiny Towers and thought that it would be a perfect example to base my game on. 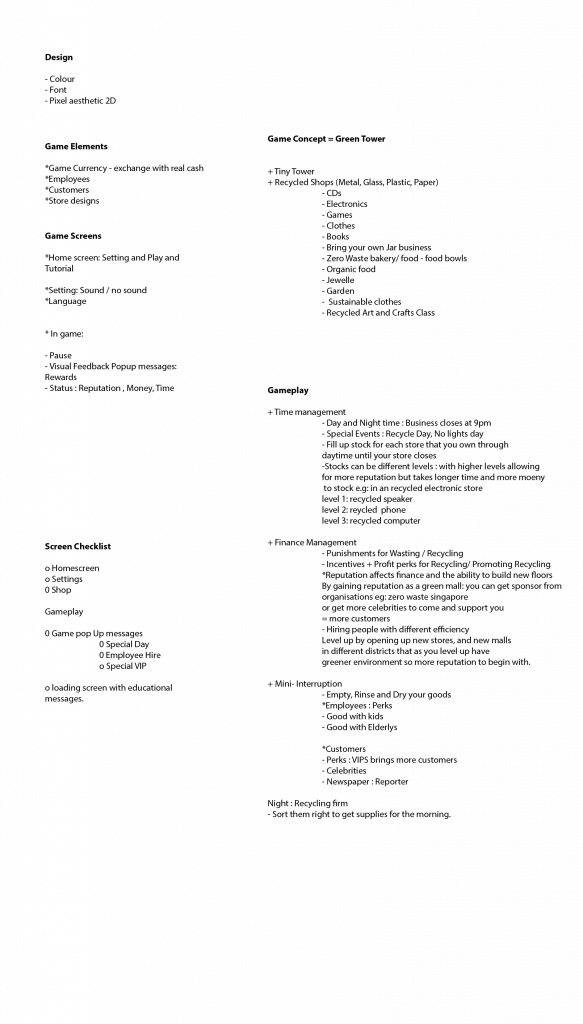 Here is a list of things I came up with when trying to come up with the stack up your building and business game.

And onto the actual game:

First the icon, I had a lot of difficulty trying to come up with an icon as I wasn’t thinking about how my icon should represent both aspects of recycle and tycoon. So for my final version, I decided to create a stack of green coins with buildings at the background to indicate that throughout the gameplay we will be running a green business that is still able to be as successful as the other businesses. 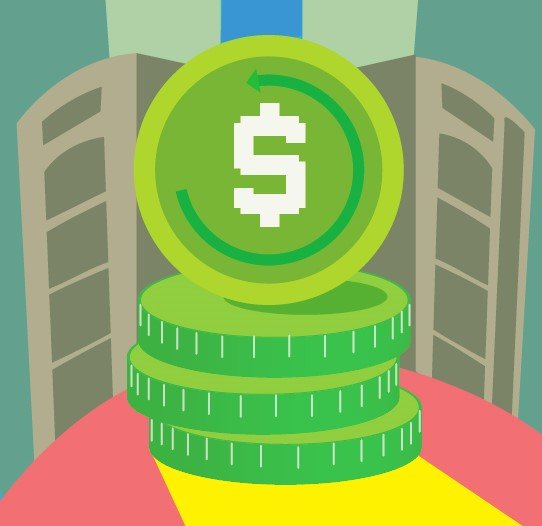 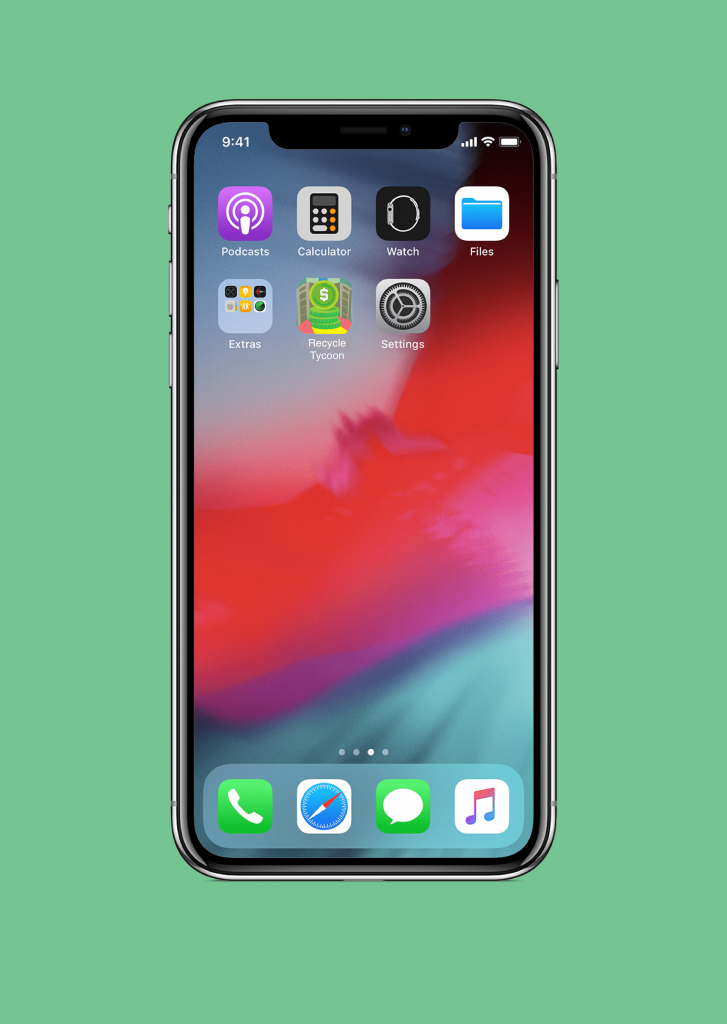 As for my game pages: 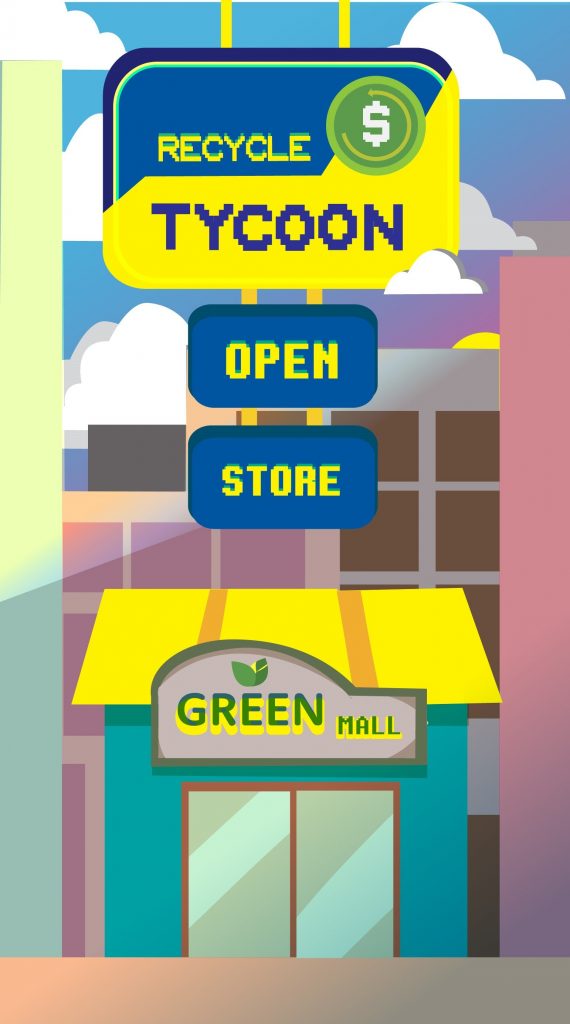 For my home page, I decided to have my game title hanging from a sign board. I intended the yellow shape to be that of an upward graph to reflect that through the gameplay, you would be succeeding as you advance.

And in the store, you can buy new floors with new businesses, hire new employees as well as level up your stocks to be more environmentally friendly. All these will help you with building your reputation as a green mall, which in turns have financial benefits such as getting sponsors. 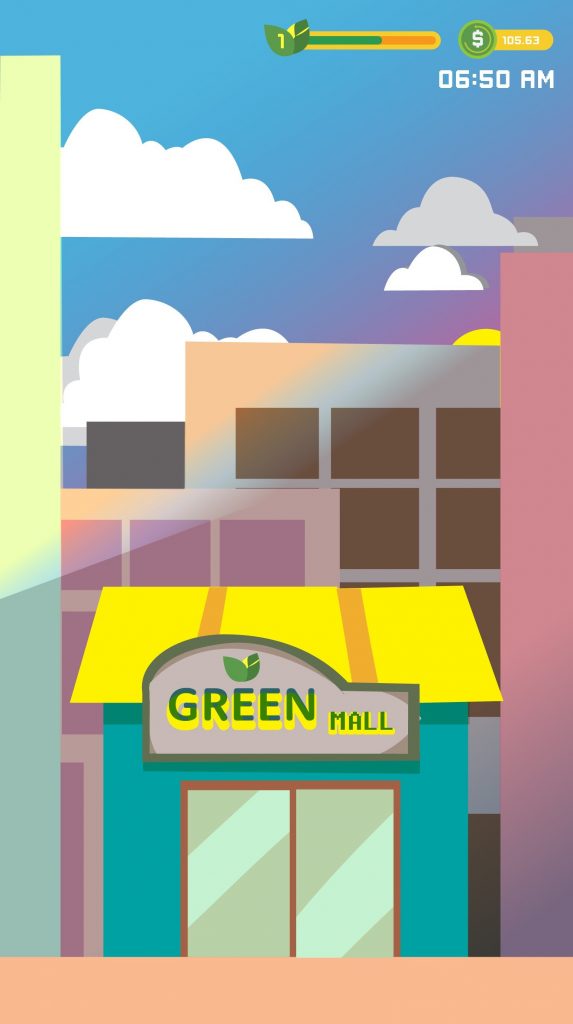 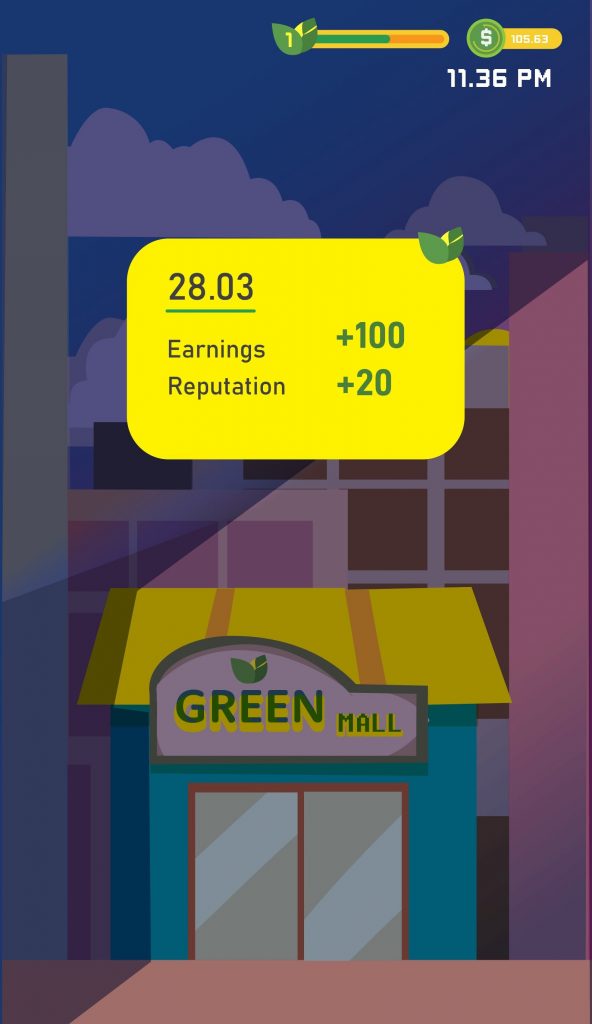 Game play will cycle through fast forwarded day and night, the amount of money and reputation you earned consolidated at the end of each day. 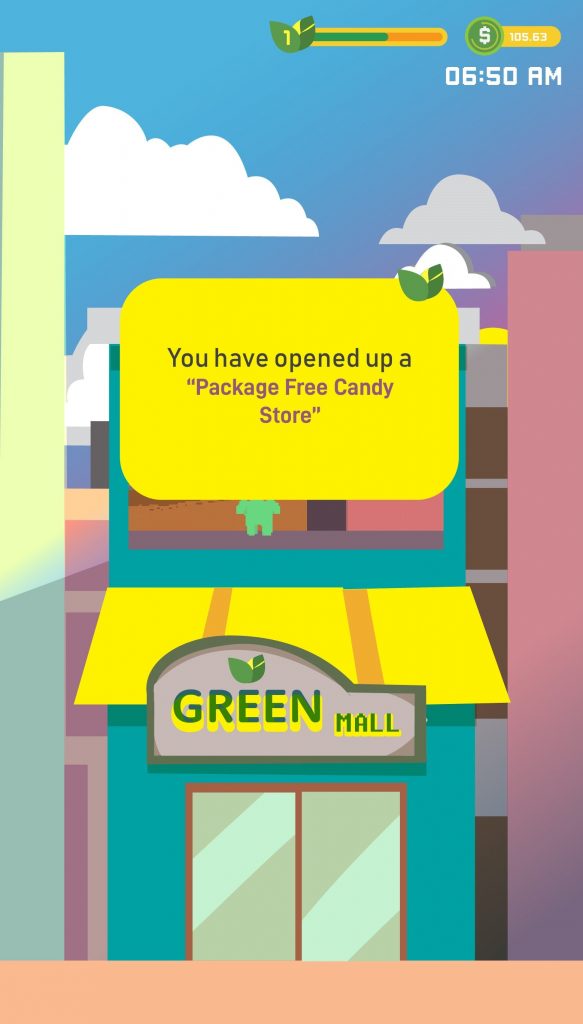 So by collecting money and building up reputation, you will get eventually earn money in order to invest in a new recycle business. 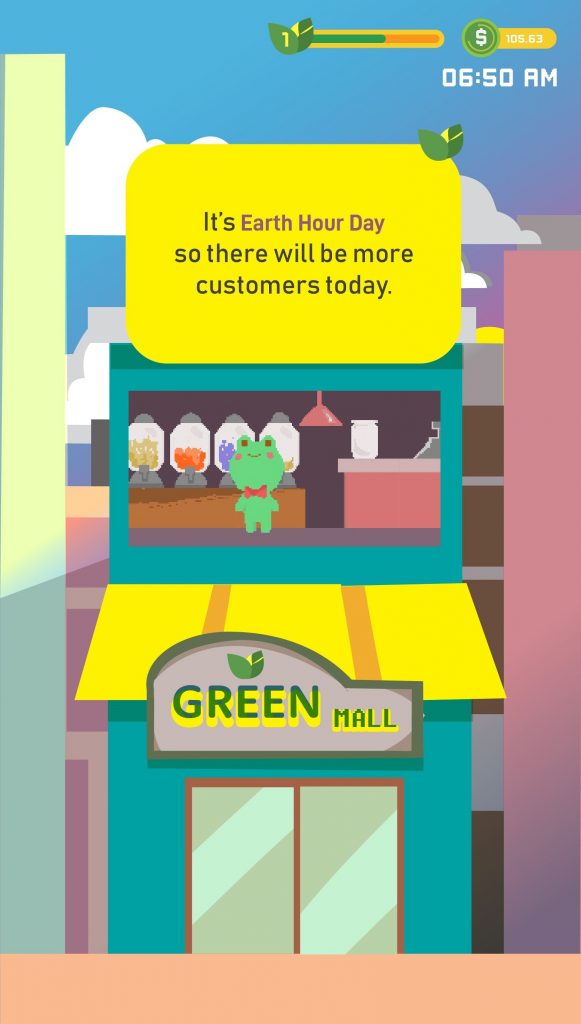 Special events that are actually based on real life events would be implemented into the game so that players can learn to be more aware of those real dates. 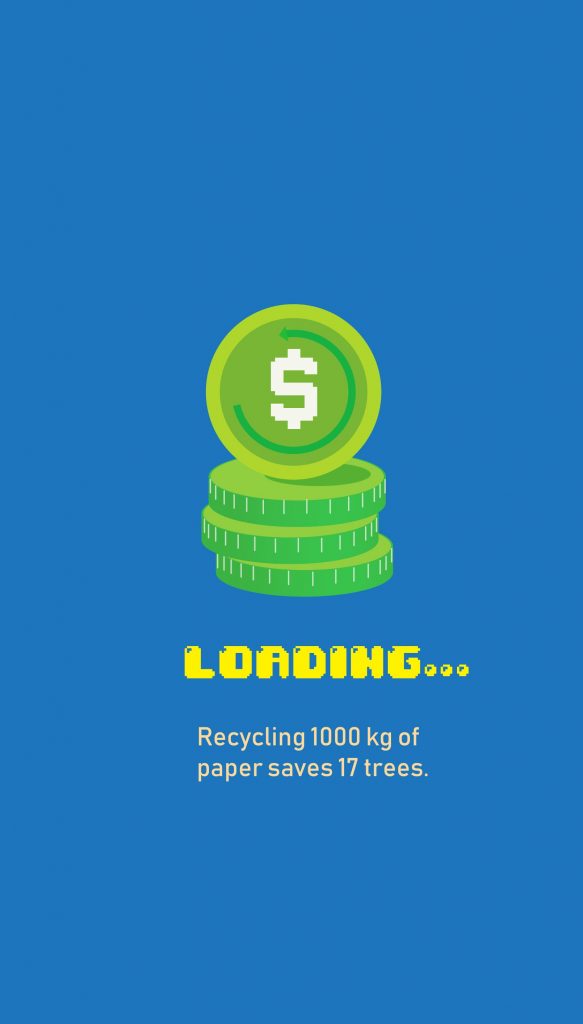 All in all, I wanted to create a game that is fun to play for everyone in the family and not just the kids, and through this management game, players can experience gameplay with education at the same time. When players are informed that these business are based on real businesses, it would encourage them to be more aware of recycle businesses in their real life, hopefully prompting them to support them outside of the game too!

With that I wrap up my deliverables and this recycle project that has been with me for one whole semester!