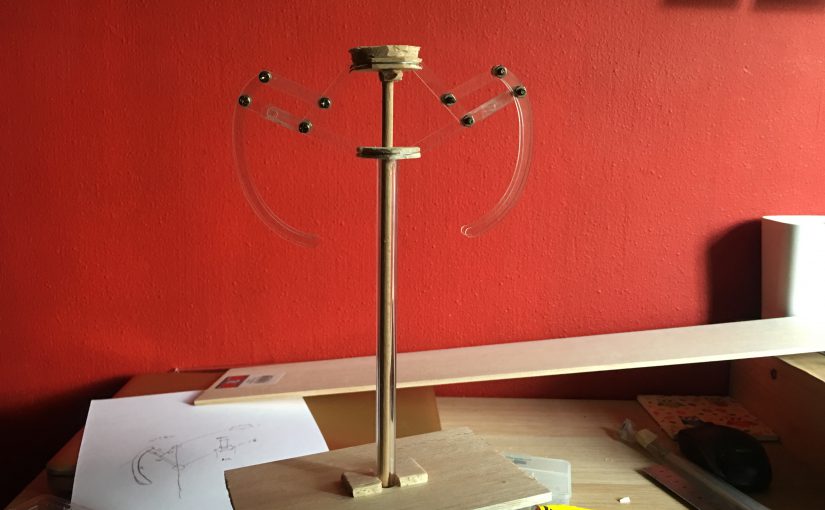 Starting Point
Firstly, I had to study the basic mechanism of the jellyfish pulsating so I took reference from a normal umbrella and dismantled it one at a time. What I ended up in the end was a skeleton.

Since I would be laser-cutting my parts, I had to work with flat surfaces and used cardboards to attach the joints together. I realized that the “arm” was too long and reduced it to a two-fold umbrella mechanism.

Sketches
Using these two mock ups, I started to measure out the arms and main structure of my jellyfish.

I tried to prepare my files for the laser-cutter machine as close to my final prototype as possible so I took into consideration the free space I had for the most-end of the arm.

First Laser-Cutting
The first session went pretty well. For a lightweight structure, I used a 1mm acrylic sheet which was very ideal. 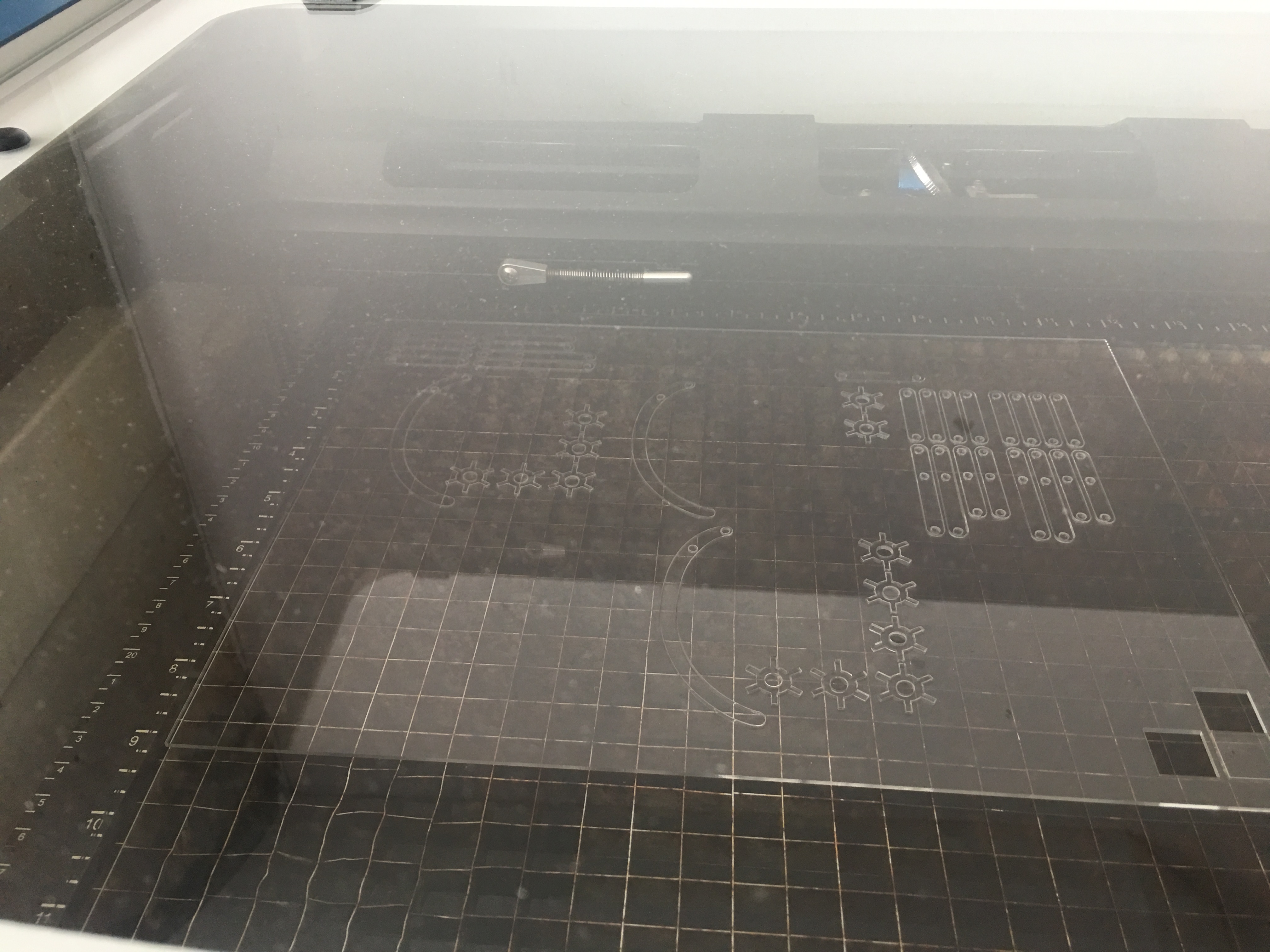 I realized that I had miscalculated one of the parts (it was too short to reach the central pole) but I simply extended and taped it up for the time being. 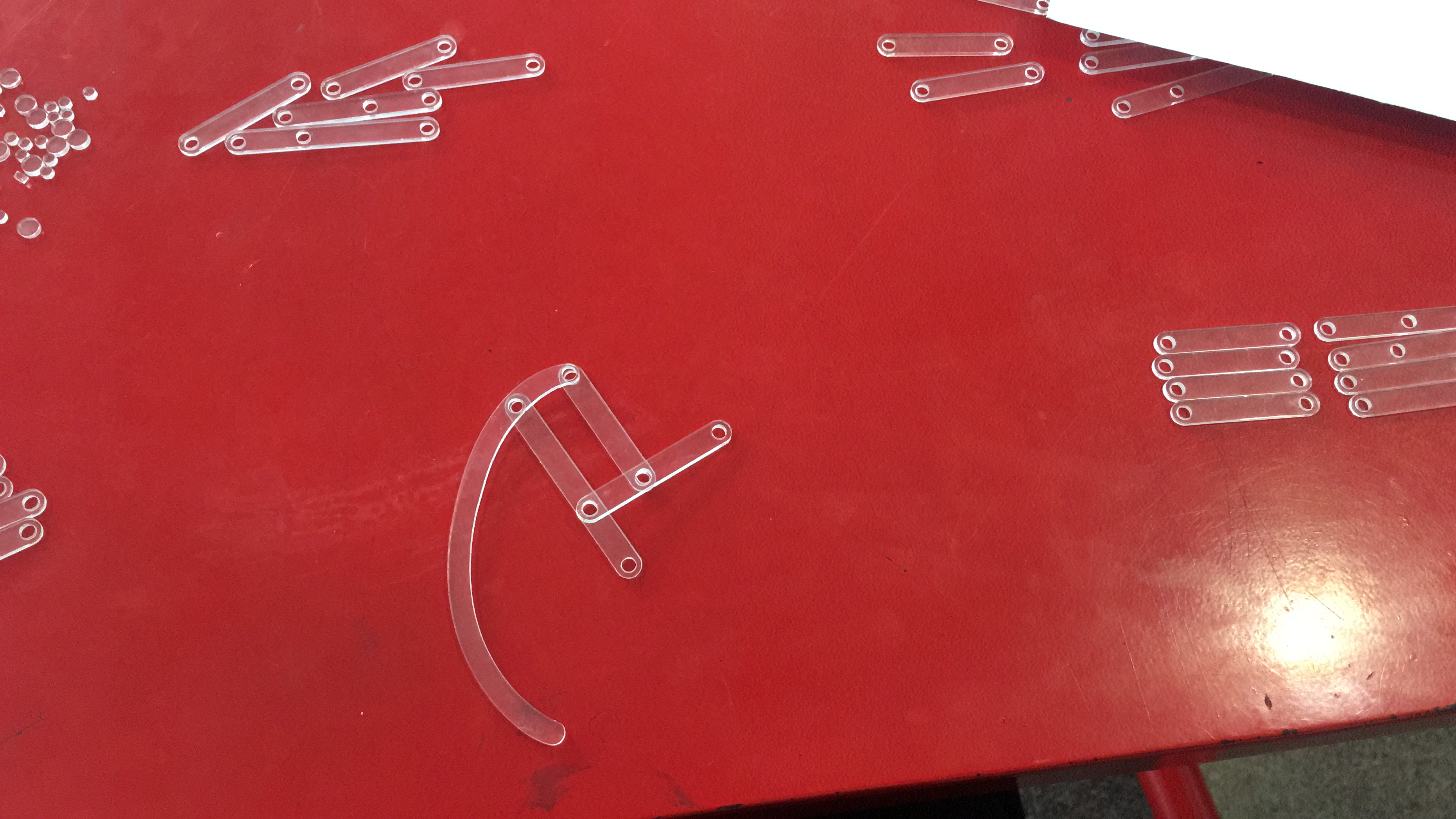 Using balsa wood, which is quite easy to work with due its soft material, I had to create a disc to attach each arm around it. A small space had to be carved in to fit and twist a thin wire. 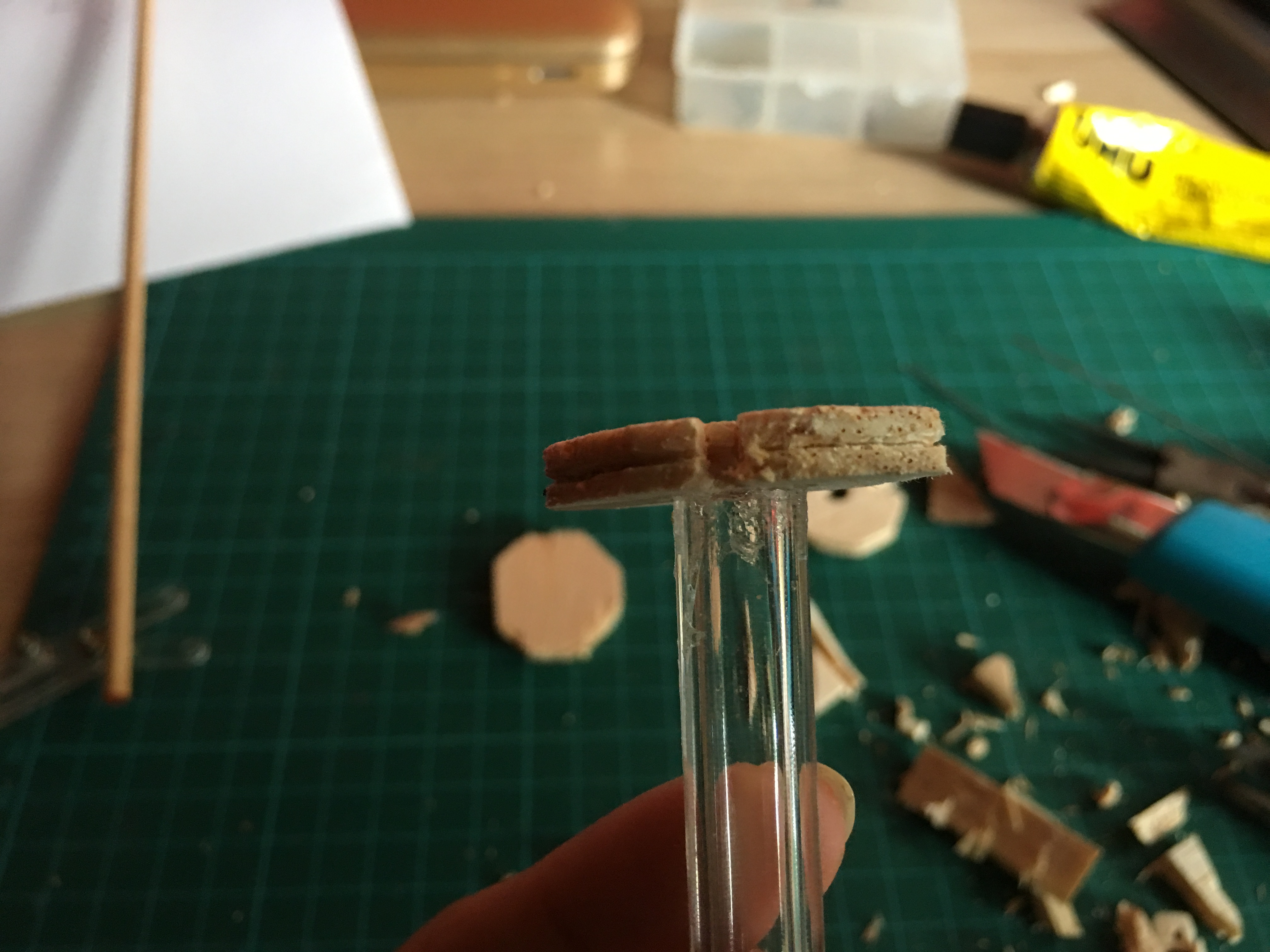 The Assemble
I decided to only attach two arms to see whether the mechanism worked to my liking. Since I used a bolt and nut to secure the joints, the nut would unscrew itself after several movements of the arm. This was easily solved by either putting in another nut or using hot-glue as a stopper. 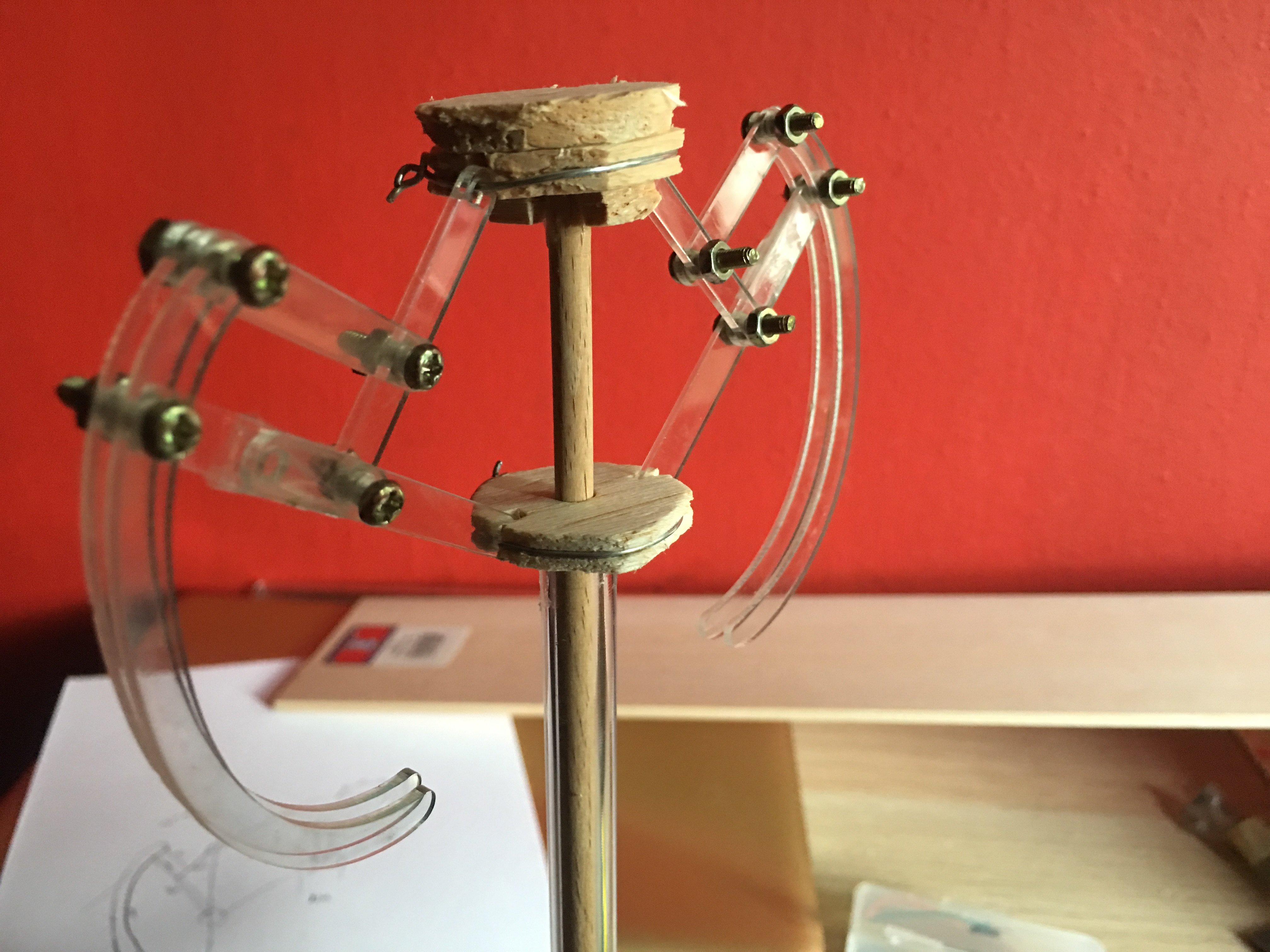 I also used balsa wood as a base to make the structure stand. 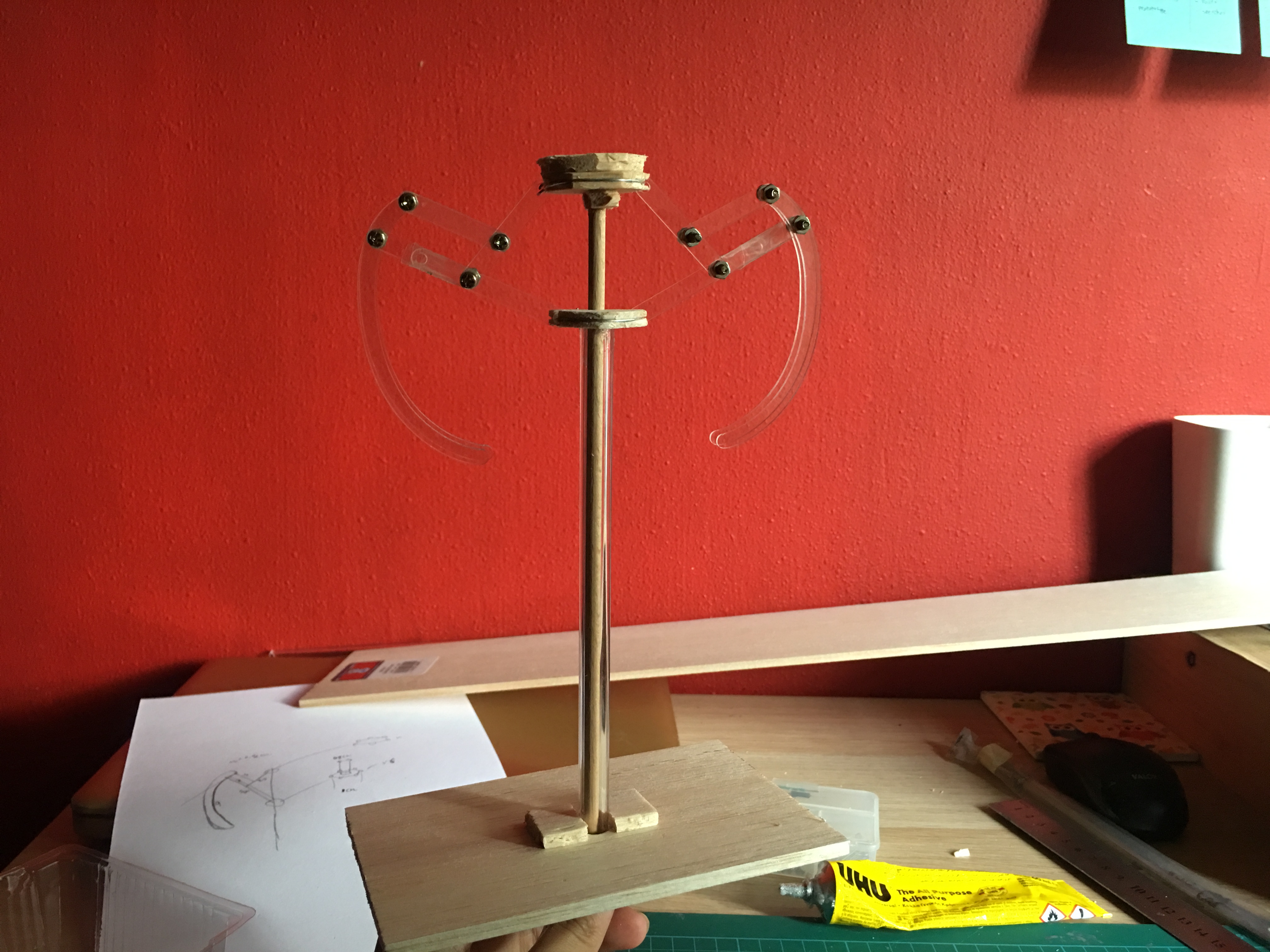 With Servo
Now the hard part. The arms moved very smoothly manually but I had a hard time trying to figure out how to create a linear movement so that the central pole moves up and down. Of course there would be some kind of friction at any point.

I used wood as a mock up and as predicted, there was friction. However, there was potential for the linear mechanism that I was planning to apply. 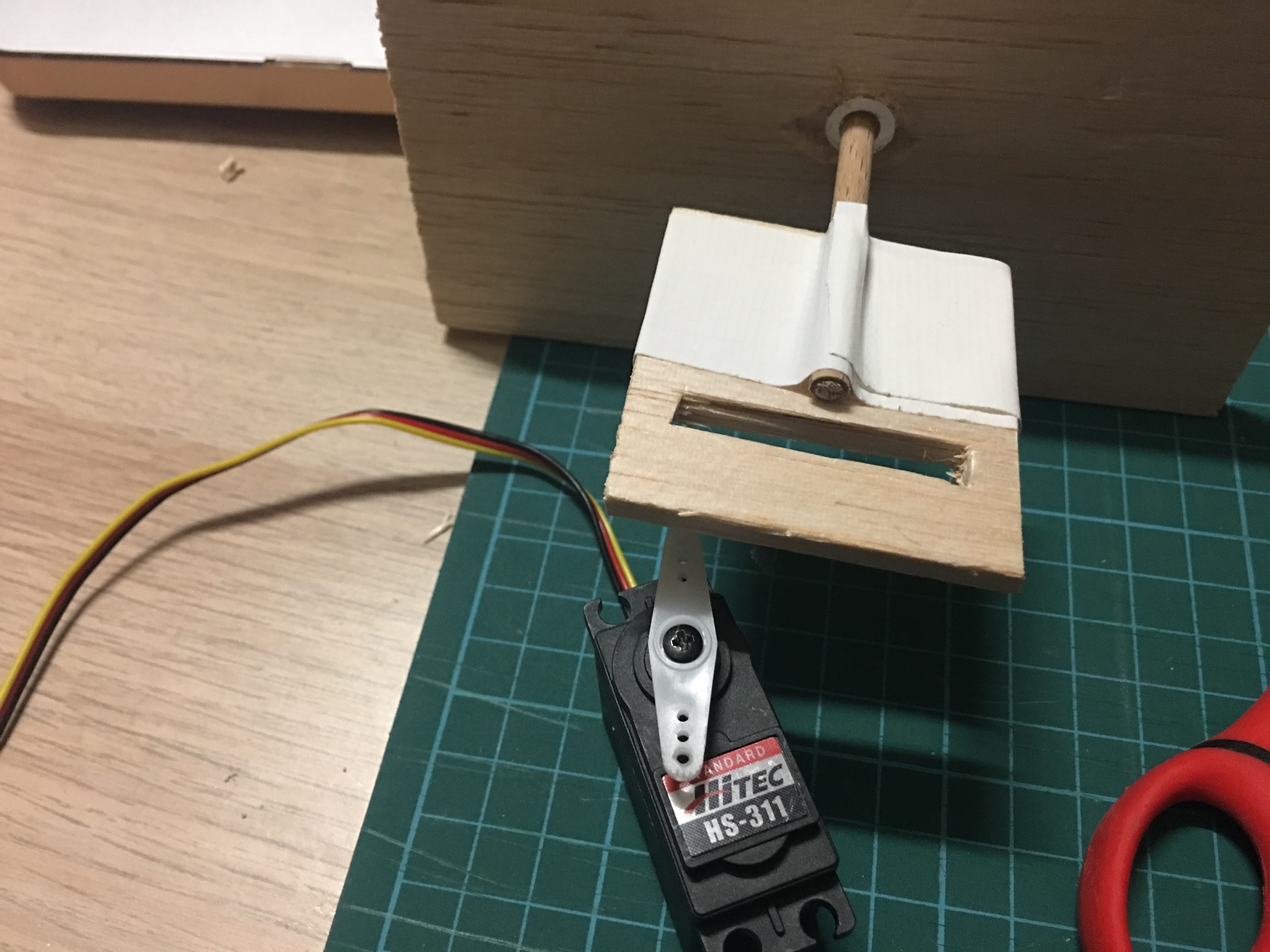