Concept
A story about two entities, the Past and the Future, as the former transitions into the latter. Heritage is never about the past, it is about progressing into the future. Past Meets Future portrays the retracing of tradition for a sustainable future as we value the past as much as we value moving forward into the future, in line with Teater Ekamatra’s aims to “Preserve the past, celebrate the present, foster the future”.

Using a blend of traditional and modern musical elements, the background music helps to transport you back and forth between the two entities, inspiring future generations. The musical instruments include gamelan, angklung, seruling (traditional flute), gongs, sapeh (traditional lute), kompang, piano, strings, brass and percussion.

The projection mapping is a conscious and selective retrieval of the past for contemporary necessities, a constructed discourse that furnishes not only a linear continuity between the past, present and future, but more importantly, a collective consciousness, or an in-group affect. It is also an extension to Wisma Geylang Serai’s past Gala Laga event where a fusion of the traditional and contemporary was performed.

Graphic
Making use of the triangular shapes of the ceiling at Wisma Geylang Serai, Malay motifs will be used such as batik designs for a subtle background and triangular floral motifs like Pucuk Rebung for additional visuals.

Silhouettes will also be animated/filmed to portray a simplified graphic of the traditional Malay arts (such as Silat, Tarian Zapin, Dikir Barat, Gamelan etc).

Colour
Three main colours are used throughout the projection:

These colours are also in consistent with Wisma Geylang Serai’s logo as described in a Media Release dated 6th April 2018;

The full colour version of the identity is developed to demonstrate its potential. A 3-colour combination were chosen to show the vibrancy of Malay culture & heritage. Copper / bronze is used as the primary colour as copper / bronze material was traditionally used in everyday household items in a Malay house. The colour also symbolises Wisma Geylang Serai as the epicentre that house different activities promoting Malay arts & culture. Yellow is a royal colour that often associated with Sultans, adding a touch of royalty to the logo. Turquoise green is used to portray the plant serai / lemongrass that once was indigenous to the area as well as symbolises the dynamic and growth of the surrounding community.

Timestamp
The visuals and narrative displayed will be choreographed by this music by Jon Brooks which I had with Standard Music License from AudioJungle: 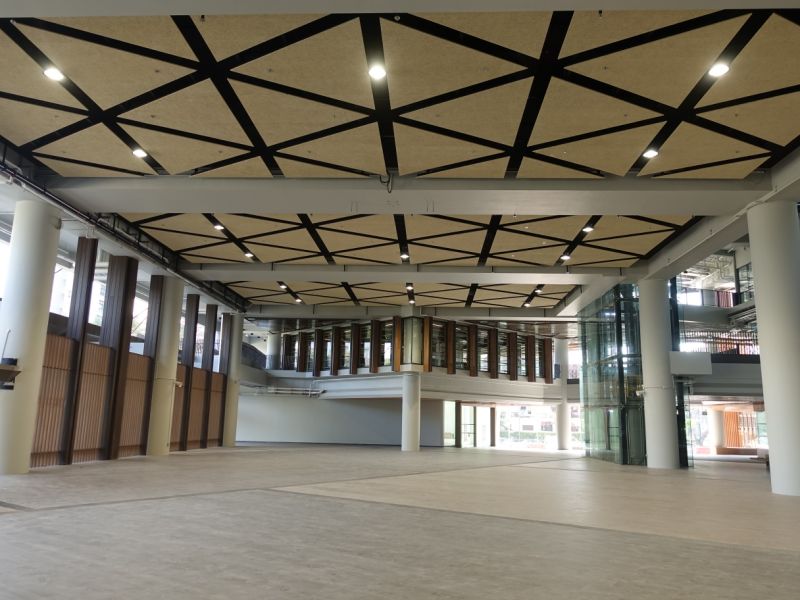 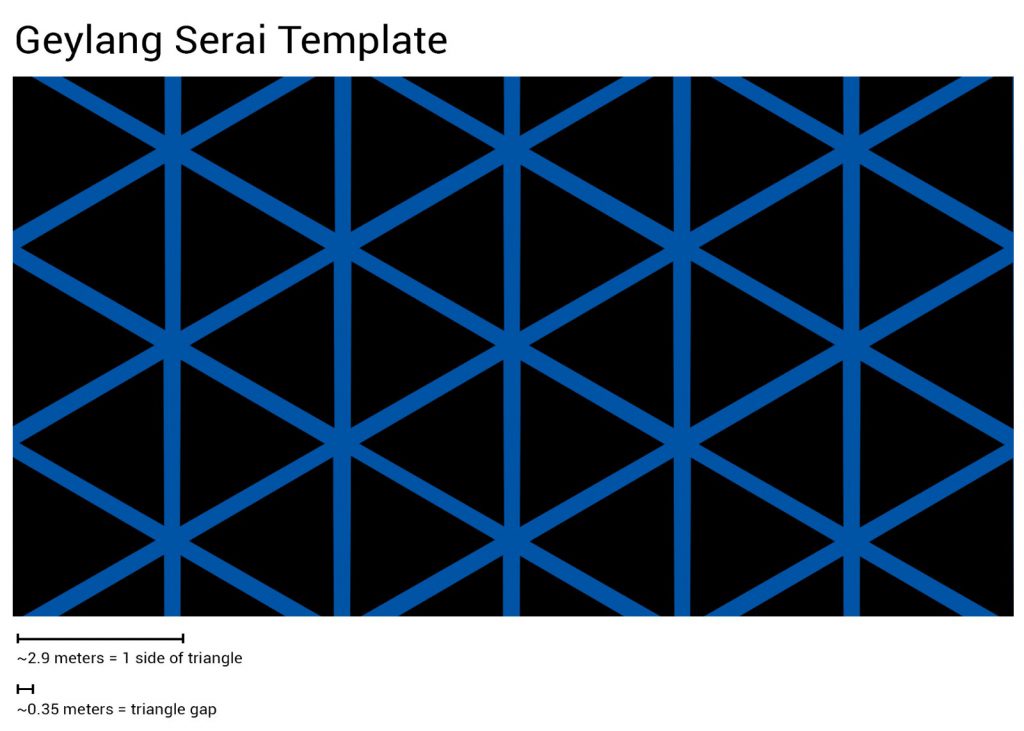 0:00 to 0:38
(Calm instruments – Brass, sapeh, seruling, guitar, percussion)
An introduction of the two entities, the Past (symbolised by a brown orb) and the Future (symbolised by a turquoise orb). It started off with the numbers “2018” in the middle section of the ceiling accompanied by subtle animations on the sides. Then the year will reverse to “1998”, presenting the Past in different shades of brown on the left section of the ceiling, then forward to “2038”, presenting the Present in shades of blue/green on the right section.

0:39 to 1:08
(Mainly traditional instruments – Angklung, kompang, seruling, saron)
Colours of the Past on the left ceiling will spread into the middle and the right to cover the whole ceiling and narrate stories/visuals of the past including silhouettes of tarian zapin, dikir barat, silat, gamelan instruments etc. and graphics of Malay motifs as transitions.

1:09 to 1:30
(Back to the calm instruments of seruling, angklung and sapeh)
Visuals of the Past will disperse into small orbs floating around as a trail of turquoise light dances around the ceiling.

1:31 to 2:01
(Mainly modern instruments – piano, brass, percussion, violin, strings)
Colours of the Future spreads itself, covering the whole ceiling while narrating stories of the future including silhouettes of hip hop with elements of silat, rapper wearing a tanjak, contemporary Malay dance, percussion etc.

2:02 to 3:00
(Mixture of both traditional and modern instruments)
Colours of Past and Future blend together and form a new colour, Yellow, which symbolises fresh and new possibilities of the Malay arts, heritage and culture. In line with the positive colour, visuals from the Past and Future mix with one another, leaving the interpretation open-ended for the future generations to continue the Malay heritage and culture.