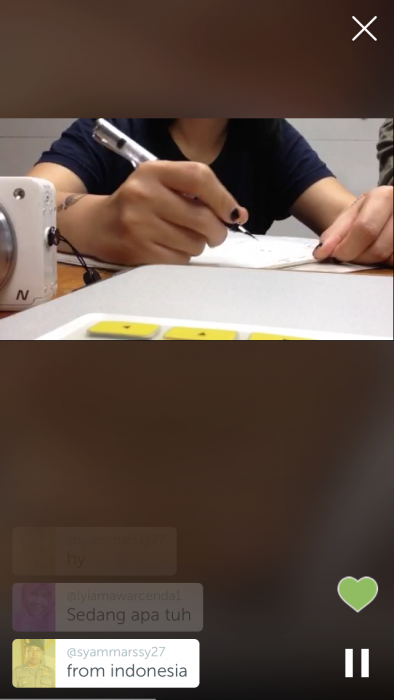 The title of my project is beverley.tv.

Through this project, I’ll like to rethink the concept of webcam in our everyday lives. All of us now have access to an inbuilt webcam on our laptops, but few of us use the webcam to broadcast or record the nitty gritty details of our lives. Instead, we use our mobile phones to capture these details. We turn to social media to share every part of our lives, through text updates and pictures, and more often than not, we gain validation through comments and likes. We willingly give ourselves up to surveillance and allow the portraits of ourselves to be painted by other people when they view our carefully curated profile. Most of us use social media enough to notice the patterns and behaviours we take on when we go online: we share a lot, but we also conceal a lot, all to build and curate an online persona or what we hope others perceive us as.

For my project, I would like to open up my process of making art public to the audience in an unrepressed and informal manner, while making use of social media platforms and its functions to aid my project.

My broadcast will combine two kinds of filming and recording to document my artistic process: using the mobile application Periscope and Quicktime player’s screen recording function. The two filming methods is a contrast against each other, inspired by the concept of private vs public. Periscope works by using your mobile camera to film live footage of your surrounding and sharing it with an international audience, whoever happens to be online and tuning into your channel. It also includes a live commentary function, where you can see viewers responding to your broadcast and giving “hearts” in appreciation. Quicktime’s screen recording is an in-built function that records your actions on the screen. The screen recording records all the actions that take place on the screen. I use it as a form of broadcast as it offers a private and genuine way of documenting the art process, as it records all the subtle actions I do on-screen as part of the work: whether it’s a pause during typing, backspacing, deleting — these are all little details that offer a glimpse of the thought process, and how everything comes together to form a final piece of work.

As an artist, I find that documenting the process is just as important as making the work. I am a firm believer in the saying that it’s the journey that’s important, and not the destination. Documenting my process at each step of the way is akin to making sketches in a notebook: it allows me to go back and see what I have done, what works and what didn’t.

The concept of private vs public is rarely explored in the realm of art, particular the relationship between the artist and the viewer. Little interest in shown towards getting to know the artist and the process, and often the attention is on the work itself. Through my work, I also want to highlight that making mistakes is part of the process. A lot of times, most creatives tend to keep this part of the art-making process hidden and not shown to the public. There are also other habits that creatives keep hidden because they feel embarrassed about it. Through my work, I offer an uninhibited view into the process of making a piece of work.

The project is also influenced by the reading ‘Webcams: The subversion of Surveillance’ by Steve Dixon. The article explores the use of webcam as an electronic eye to our personal lives, and potential exploitation of privacy and intimacy. The reading also uses an example of a group of artists who use the webcam to document their processes, turning their studio into a Web installation. The webcam is also described as a camera which produces “low-resolution, grainy” footage and it’s static effect also lends it a stern, surveillance quality. Jennifer Ringley’s work Jennicam is an inspiration for my project. She lives her life out in front of the camera, and it records her activities from the mundane to the intimate. My takeaway from the work is that her documentation of her life is definitely realistic. Her setup of her cameras also provide insights to her life through various perspectives, by setting up cameras in every room and from all angles. 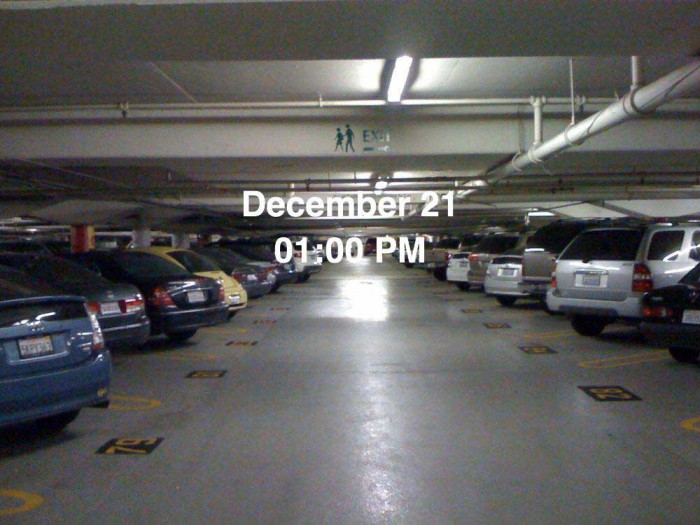 Hasan Elahi’s work Tracking Transcience is a webcam project. He developed a GPS tracker and a network device that allows details of his current location to be made available online. Here’s a description of the work:

an embrace of surveillance for its subject’s own protection; Elahi has protected himself from unwanted scrutiny by making his entire life and whereabouts publicly accessible.

Which gives this project the subtitle: The Orwell Project — more than just putting this information out there, Hasan is also critiquing contemporary investigative and surveillance techniques. Here’s a generic webcam capture from the website. I found this capture to perfectly embody the description of the webcam as stated in the reading:

Its low resolution, grainy pixelation lends it an antiquated, pre-television quality, while its stubborn stasis echoes the stern discipline of the surveillance camera. These qualities imbue the webcam with both a sense of documentary authenticity and of liveness that is central to its appeal and status: people log in to webcams to see what someone is actually doing now (or what is actually happening in the space now)

The situation in this photo is as perfectly real as reality: the mess on the table is reflective of an individual with a desk-bound job. The chair turned away from the table suggests the individual getting up from the desk and moving quickly away; as if we just caught this moment just as he left the table. It’s this kind of authenticity that gives the webcam its sense of appeal and also the eeriness of surveillance. Some other images from the website include the meals he had, which are less creepy. Here’s a grid display of webcam snaps, which is kind of like a montage of what he is up to at various points during the day/week. What I find fascinating about this in particular is that it even captures a urinal, which reveals that this network device goes with him almost everywhere.

Another interesting point raised about the webcam in the reading is the behaviour/subject that is being placed in front of the camera. The images generated by a camera of any kind suggests the user’s attitude towards the camera, as pointed out in the reading: flirting with the camera, impressing the camera, and ignoring the camera. In the case of Tracking Transcience, Hasan Elahi is likely to be ignoring the camera. He does make an effort to place the camera in such a way that we get a clear view of what he is doing/looking at, but the footage are nothing very controversial or extremely fascinating, perhaps just rather accurate depictions of his reality. 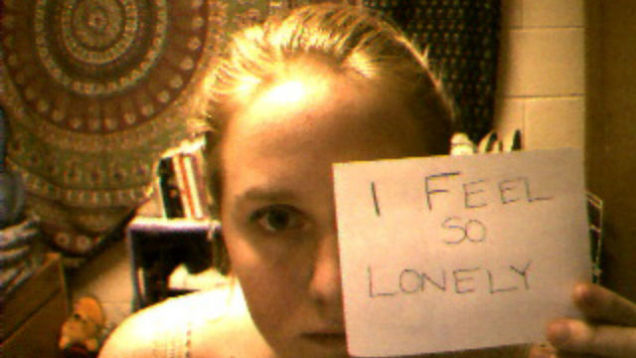 Before the YouTube personality existed, there was JenniCam. Jennifer is a true Internet personality, even before the term was used extensively. The project JenniCam offers viewers uninhibited views into Jennifer’s private world. In Steve Dixon’s essay on webcams as surveillance, he defines the webcam as a kind of “documentary realism” which is very relevant to what Jennifer is doing with her webcam. This realism involves uncensored views into her world, capturing footages that ranges from the mundane to the sexual. Raw footages like this are unedited and shared publicly with an unknown audience.

JenniCam is an important example that illustrates this idea of vulnerability and authenticity expressed in Annie Abraham’s essay:

“In a society where authenticity and privacy become endangered it is important to find ways to access our vulnerabilities and doubts, to make them public, to cherish our messy side. We need to make space for the beast in the beauty, to go back to reality, to claim the human. “We need to trap reality in order to make it available for thought.”

Indeed, the JenniCam archives must be quite an interesting collection of personal history for Jennifer. Her willingness to be so open in capturing herself in moments that are usually very awkward for most of us to face (like pleasuring herself sexually, or not having makeup on the face, looking extremely messy and plain sometimes) is a daring move in attempting to record her daily life down to these raw and vulnerable details. This authenticity also gives the JenniCam project a sort of endearing quality even, in the realm of Internet personalities and virtual fame. I would like to illustrate this point by referring to the idea of webcam falsities and fictions. JenniCam begin merely as a form of communication between Jennifer and her mother, so her mother could see what she was up to in her dorm at school. Jennifer’s deadpan honesty about the practical use of her webcam and her declaration of not being “an entertainer” gives the project a very real and human quality that sets her apart from many webcam/virtual personalities that soon follow after her.