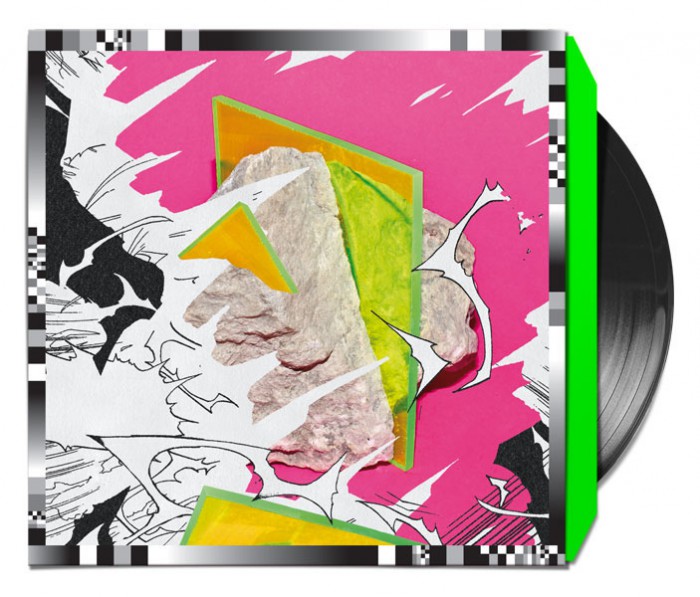 Great combination of black and white + big hit of neon. Love the use of gradient. Absolutely dreamy paper texture. I like the noisy pattern too. Remind me of a QR code. Perhaps that can be remixed into a pattern.

Looking at ideas to redesign the CD thing I made last semester, possibly expanding on it. I’m really into the idea of the bookshelf as an installation, so I’m also thinking about the possible objects I can design so that they form this concept of identity and documentation. 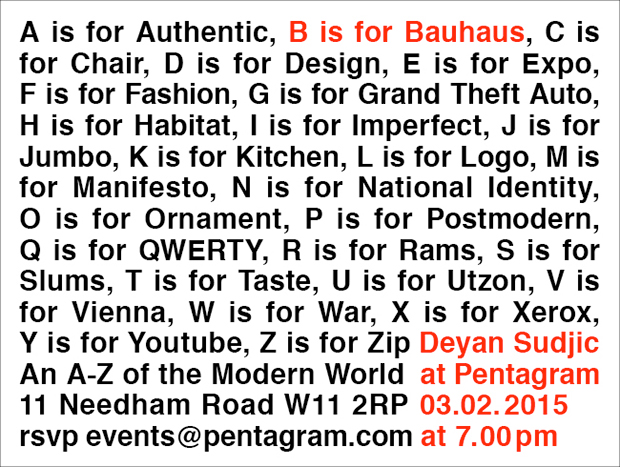 Just read a book ‘B Is For Bauhaus’ by Deyan Sudjic. It’s a book about understanding contemporary culture and design.

Here’s some interesting things I found in the book that will be relevant to my report.

On our relationships with our possessions,

The collecting impulse is universal, and it goes on to the roots of what is it to be human. It pre-dates mass production and design, but it reveals the essential nature of our relationship with our possessions, how they communicate with us, and the various ways in which we value them. understanding the nature of collecting tells us something about ourselves as well as the nature of things.

To collect any object, we have traded in the original meaning and are looking for something else from them.

The journal is a repository of memories and events. These are also considered possessions. When I look at my archive again, I find myself looking for something else from the words and drawings that I’ve made over the years. Many times I draw the comparison between the person I am then, and now. These are markings that indicate my growth as a person and a creative.

We collect possessions to comfort ourselves, from addiction and to measure out the passing of our lives. We collect because we are drawn to the subtler pleasure of nostalgia for the recent past, and the memory of far-distant history. We collect sometimes to signal our distress and console ourselves in our inability to deal with the world. These are the motivations that designers need to understand, and the qualities which they manipulate when they create objects, whatever their nominal function.

I’m particular drawn to the point he made about distress and consoling ourselves. This year I hardly made any drawings. My journals are filled instead with writing that I made in order to try to understand my own FYP concept better. I also find myself grappling with the struggle of being with a young adult. Time and finance are the resources that have to keep competing with each other, and it makes me feel frustrated. I find that I must divide my time and attention each week to work commitments, FYP, and spending time with friends and family. I look at my older journals and I find that I lost the luxury to make the drawings and writings that I used to. I rarely have the time to feel bored anymore, each moment is dedicated to keeping up with my to-do list. I guess it’s one of the reasons why I needed to deactivate myself from social media. In becoming a young adult, some of these juvenile struggles have definitely (and thankfully) faded away, but along with that, I also lose the need to make artwork about these things. But that’s not to say that I need to be some kind of angsty youth to fuel my creative process. Looking at my journal archive also makes me realise that I sometimes need to not give a damn, and occasionally make some impulsive artwork that makes no sense. To think like a child again.

Collecting is in one sense about remembering, but the digital world never lets us forget anything. Paradoxically, it has also undermined our ability to remember. Our email and text trails will last as long as the server farms that have already conferred a kind of immortality on anybody with a Twitter account.”

This point is definitely relevant to the virtual part of my work. My project is split between my virtual and physical archives. It documents the relationships made online and off.

We remember where we started from online, because the date is recorded when we first made friends on the virtual realm. Green buttons tell me that I know you from a measurable distance. Conversations are trivialized with the advent of animated and very expressive egg man oyster cat girl stickers. Grids of photos let me glimpse into your life and I could say yeah I guess I know you. How many backspaces will it take to bring me back to when there were no green buttons? When your status is set to Away on MSN? Remember the time I told you I was playing The Sims and you told me how you got rid of your Sims? And then you said you were going to build some furniture for your room over the break. And then the conversation ended and the next time I went online there were no traces of the conversation happening. Despite being given a chance to keep an archive of the chat, nobody really goes to the effort to do so. And now we can go back as far as we wish to and point out the beginning of everything. Everything is laid out and easily accessible, pictures and words and the little green circle next to your name. Archiving comes easier for all of us, collecting data is as easy as typing hello to you. The question is how much of this is worth remembering and archiving. You may not remember, but the Internet remembers for you.

This is a draft and a quick sketch of my ideas, some of these thoughts would require some more fine tuning before being developed into a full-fledged project.

My project will be about archiving memories, particularly memories in a virtual space. What really sparked my interest in this was how quickly I realised the social media landscape has changed. Here’s a diagram of social media I found on Google: I would say that that people my age are lucky enough to be able to have internet access at a relatively young age. I remember being able to access the Internet when I was about 8 years old. I think it’s really important to address this point on generation vs Internet, particularly in the area of social media. For me at least, I feel that I entered this whole virtual sphere at an age when it had helped significantly develop my sense of identity, interests and especially the idea of an online persona even before I really knew what that meant. It’s interesting to note though, before I’ve taken this OSS class, I’ve never truly examined the term ‘virtual’, ‘cyborgs’ or the ‘disembodied’, and even I find it hard sometimes to write about it in my research critiques because I think that to some extent, and for a large part of my life, I’ve been really living the virtual life and living out these concepts that we’re looking at, that I haven’t yet stepped back to take a look at all of this.

I was a huge Internet nerd. I was really big on Neopets.com and the website opened me to the world of html and css. I didn’t have much real-life hobbies then, but I enjoyed making webpages and creating content. I made my first blog with Blogger.com and I used my knowledge of basic html and css to tweak my layout so that I could include every facet of my Internet life – I remember adding the same Flickr photostream on the sidebar of my blog and uploaded pictures of my real life desktop clutter, my dogs, and (very rarely) pictures of myself taken with my webcam.  I also bought a domain and explored making more complicated webpages. I loved the idea of having this virtual space for myself and being able to create and add whatever I want to this space.

Back to the social media landscape and what sparked my project: I realised the vast change when I logged into myspace.com a few months ago. It used to be a really popular social media website much like Facebook. The website had changed a lot, and presently, they have removed the blog function. My old profile and photos are still there, although I was more interested to find my old blog. I found a link where I could download a zip file of my blog archive and so I did. It amazes me then, that I could simply download an archive of these things that I’ve written years ago, and at the same time, it never occurred to me that I could feel such nostalgia in such a technological context. So using the blog archive I’ve downloaded from MySpace, I made an online zine (http://beverleyng.com/internetmonsters) in which I try to encapsulate this nostalgia, by juxtaposing these entries with some artworks I made at that time I wrote the entries (even my artworks then were made on the computer), paired with some screenshots of other virtual things that I was interested in then. This semester, I decided to take this project further by downloading the archive from my WordPress blog which I’ve been writing in for a long time. As I was downloading it and reworking them for a core module, I drew parallels with the various concepts that we have been discussing in class, as well as with the readings that we’ve done over the weeks. Beyond archiving entries, I am also interested to examine the various persons I’ve been throughout these years, and how these personas had been immortalized by words and kept in virtual space.

I’ve not quite decided yet how to carry out my final project. I might have been a bit lengthy on the basis of this project, though I would like to be very serious about it as I want to carry it further in terms of final year project. But this is what I have so far, do comment below if you have any feedback or suggestions! It’s called the Way Back Machine.