We decided to add a layer of character to the tapping leg to create something animated, funny and cute at the same time. We decided to make a injured bacteria which is supposedly ‘stabbed’. 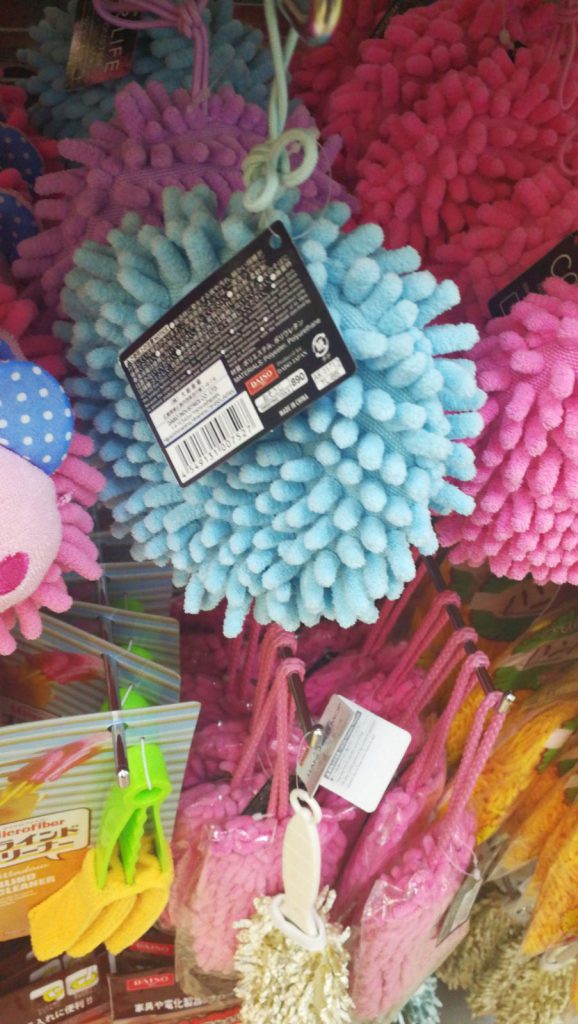 This idea came to us when we finished coding and building and did not know how to style it. When we came across this in Daiso, we decided to style our entire robotics around this cute bacterial-like sponge dust wiper. We bought some stuffing to exaggerate the effect of plasma and other organelles of the Bacteria ‘flowing’ out of its body which also looks like having clouds spewing out from it. 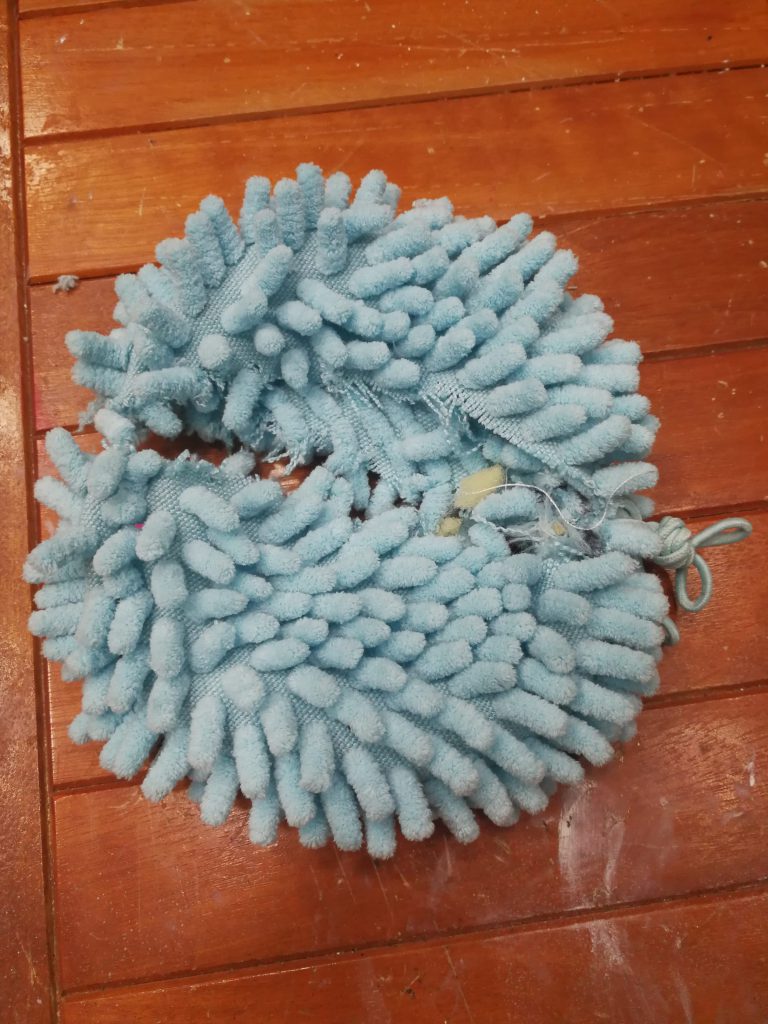 Sadly, we cut the cute Bacteria in half. =(

But it still looks cute! =) 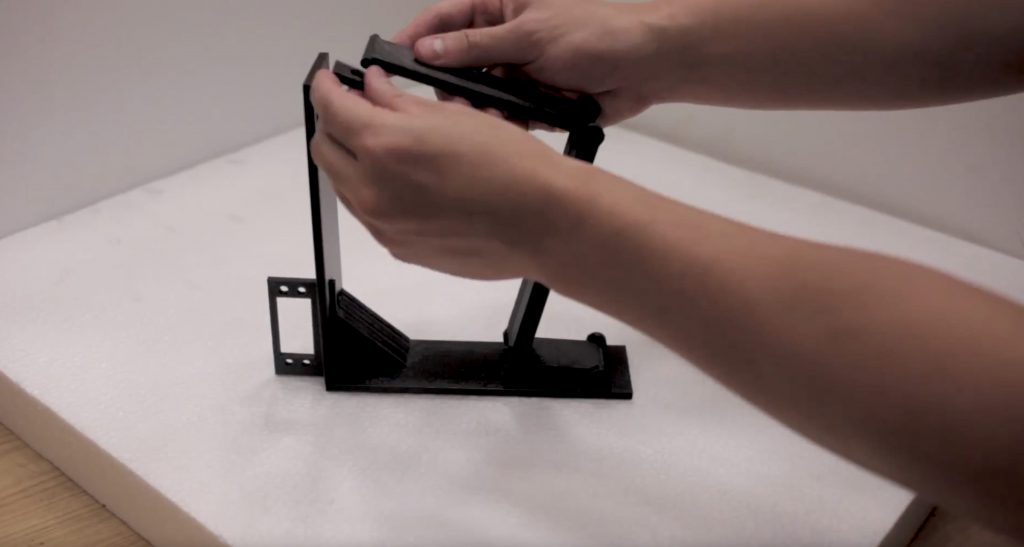 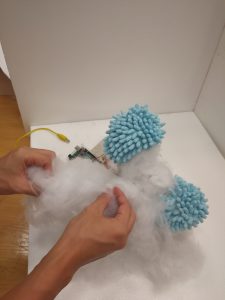 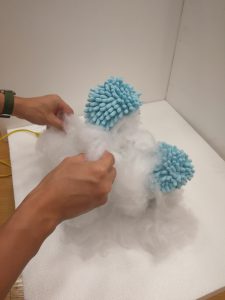 We put ALOT of stuffing to cover the robotic parts to make it look exaggerated. We also tried to cover the Arduino with stuffing as well. We were both quite amazed at how it turn out. 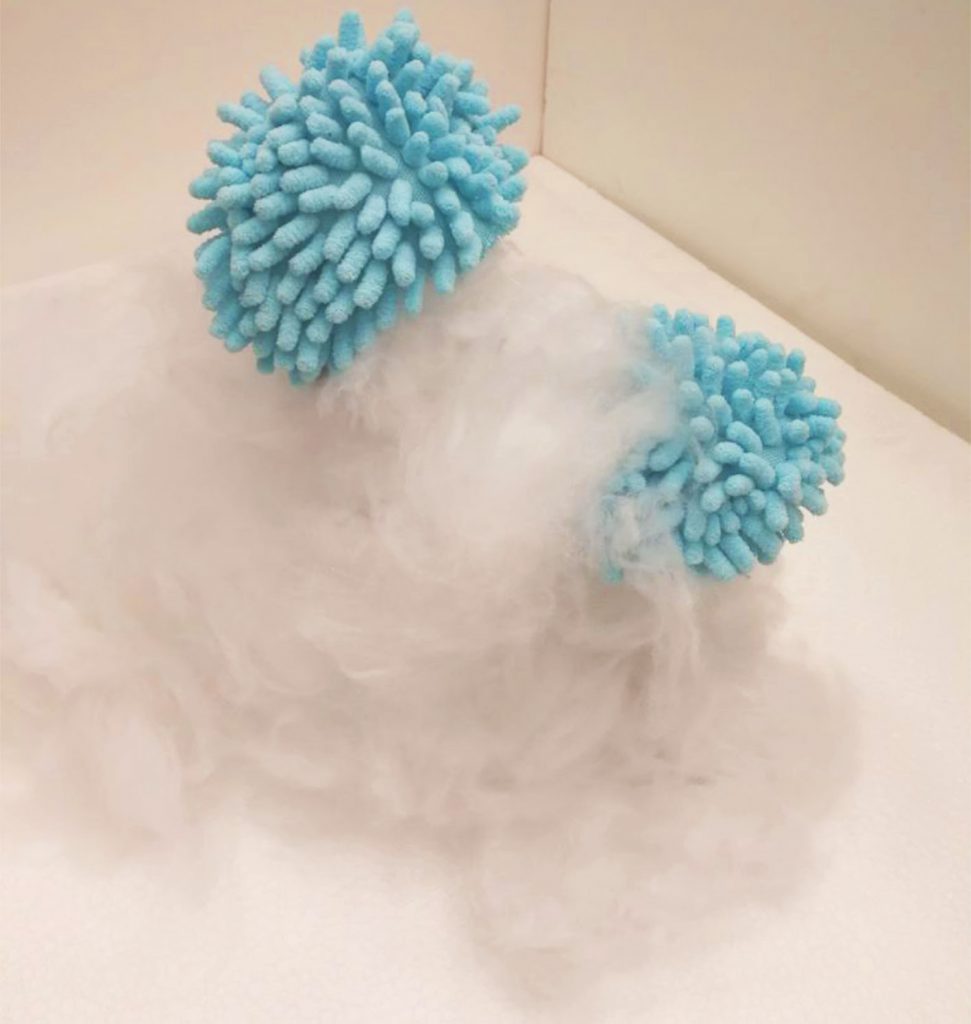 There are actually 3 modes we configured it to move like.

Third – Tapping to the beat

We felt that with these 3 different emotions, we could experiment on these 3 totally non related movements to see if the movement we code is what we want people to percept how it is feeling. One of the hardest is actually the taping to music, as there is a rhythm along with time, it was very hard to let the motion flow fluidly and look like it is moving to the beat.

This project turn out to be unexpectedly well stylized with our magical findings in Daiso. Actually this is the perfect example that if we don’t really have a solid idea, everyone can take a breather and go out to places with a range of highly contrasting environment to take a look. Maybe there is something waiting for us to explored!