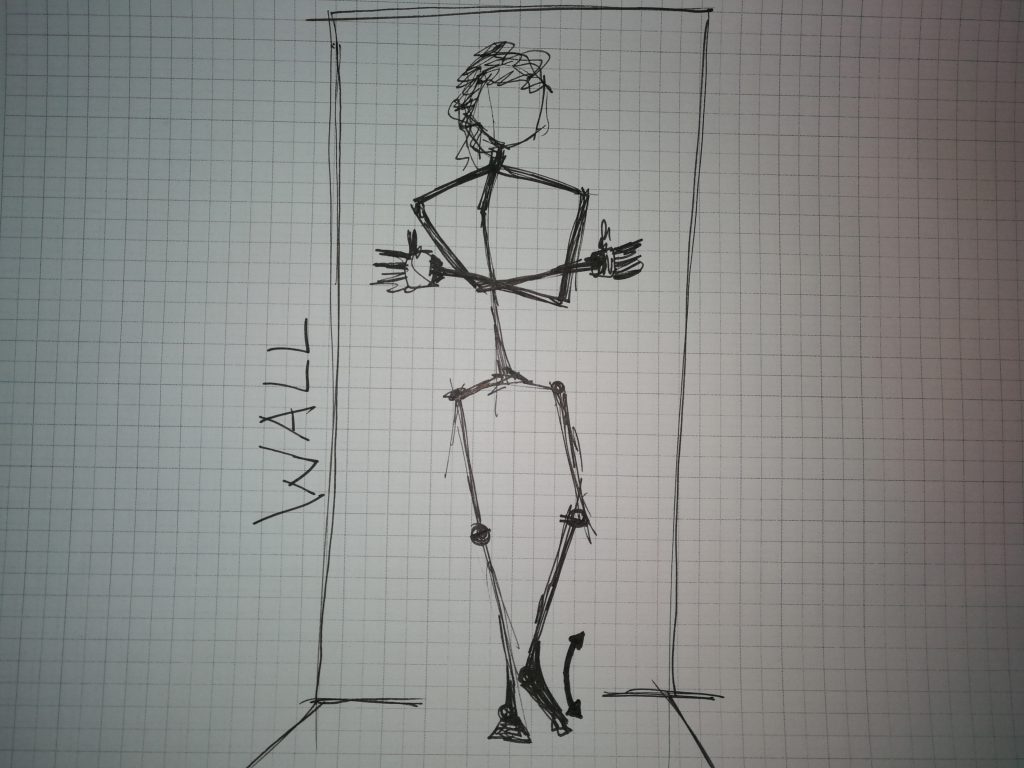 This project is an exploration of the movements of a man tapping his feet. With different pace of the tapping, we could see the emotional states that he is in while waiting. The movement of his head also shows his purpose of waiting, is he shady? waiting for his friends? or just waiting for a taxi to come by? We hope to use this project to learn more about what movements and gestures convey to others. 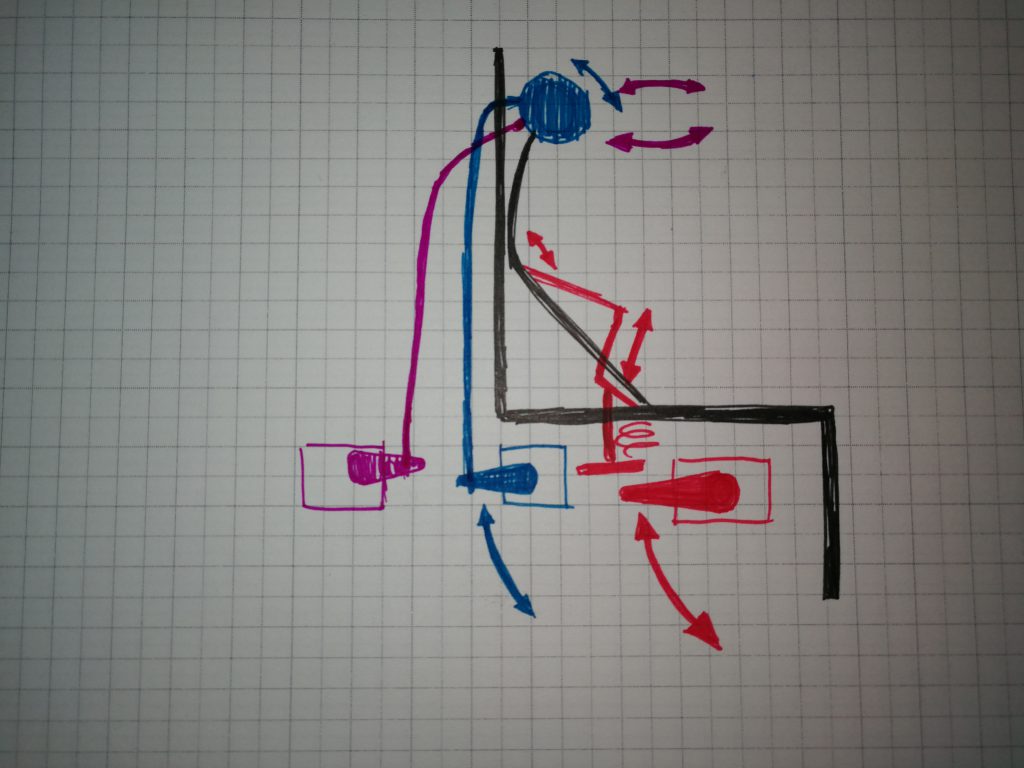 This is a rough idea of how we are going to construct our tapping man. The red part is the movement of our main focus. The motor will push against a adapter that pushes the ankle of the tapping man up. The toes will be anchored but it will still be able to move up and down. There will also be a spring to push the adapter back to its original position. The reason why we did not want to just let gravity do its job is because with the spring there, it will look more life-like that letting it fall. The blue part is the control of the movement of the head going up and down, mimicking the movement of head when people is listening to music. The purple part is the control of turning the head. Although our main movement is only the red part, we feel that having overall movement will help us create a better context for the character and will be more accurate creating its emotional state.

Change of idea to a Injured Toy

We decided to do a ‘leg in pain’ action instead. We realise that to do the above mentioned idea, it would take 1 month to complete the actually models, purchases, calibrations and many other smaller problems which makes up the project. The new idea only comprises of a leg which is linked to a soft toy. The leg will be covered in cotton wool to enhance to look. We hope to create a scenario where the soft toy is cut into half and makes us perceive that it feels pain. We are also planning to make a few other ones like moving to the beats of music.