Hi! So Jane and I decided to adapt the story of Hansel and Gretel into modern context.

Concept:
We decided to adapt a part from the story of Hansel and Gretel into modern context. We want to bring out the awareness and danger of meeting strangers online.

Hansel and Gretel by the Brothers Grimm:
The characters were left by their parents in the forest (unwanted, especially by stepmother), they got lost and found a house made of cake (were lost) and  and invited by the old grandma (meet a stranger) to come into the house for safety (trusted the stranger as looks reliable and promising on the outside). But the old grandma happen to be a witch who build the house of bread in order to lure and eat kids (it is a trap).

Adaptation:
Our character is someone who is studying abroad but unable to go home as the stepmother doesn’t allow her to do so due to financial issue (unwanted, especially by stepmother). Denied to go home, our character is mentally lost and down (were lost), she then chose to express her feeling online where she found a new guy friend (meet a stranger) who appears very caring and nice to her. She trusted him and finally ask him to meet up (trusted the stranger as looks reliable and promising on the outside). After they met, the guy actually kidnap her (it is a trap). 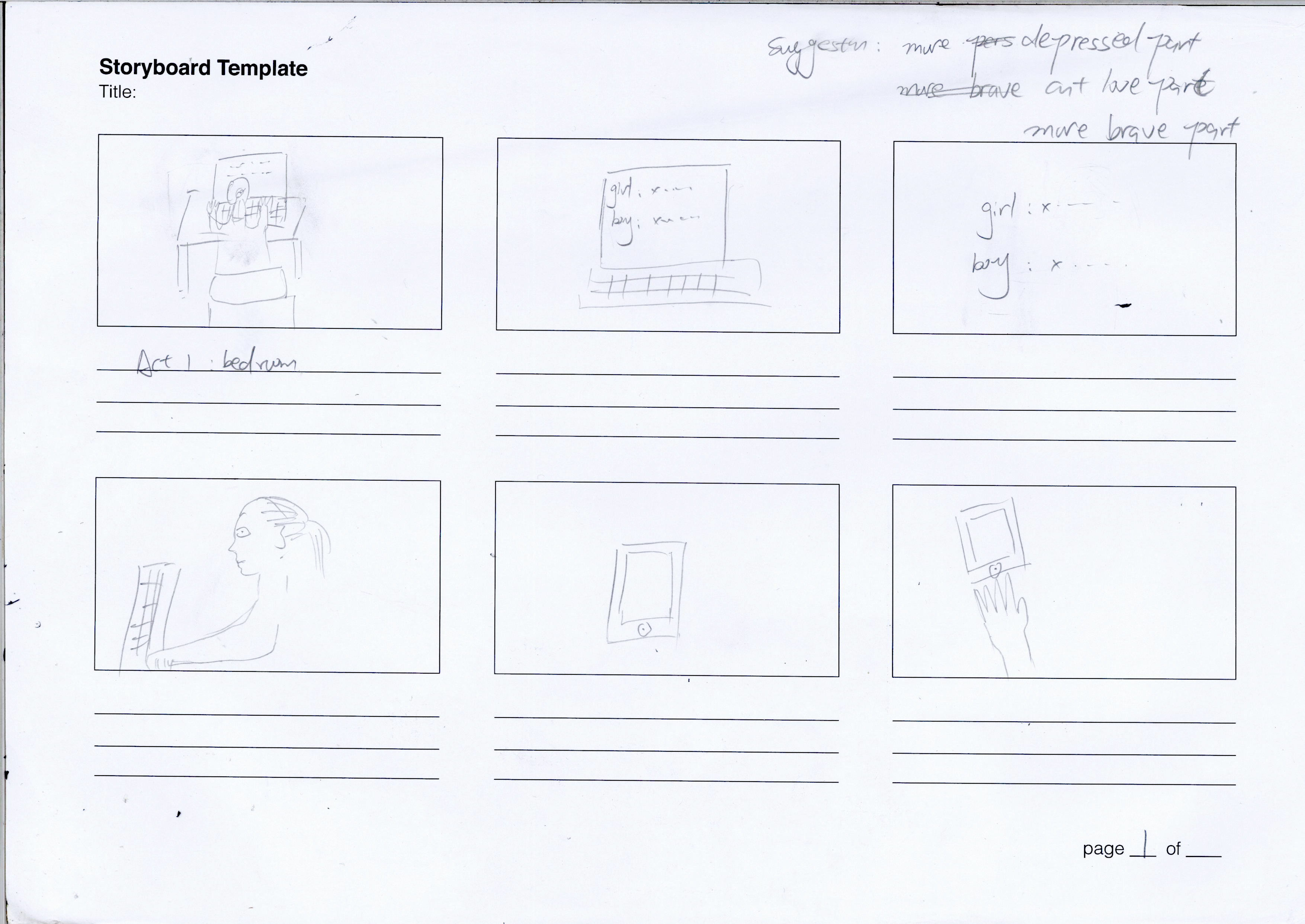 Act 1:
Scene: bedroom
-Gretel calls her father: “Daddy, am I allowed to go home during holiday?
-Daddy: “I am afraid not, darling.” 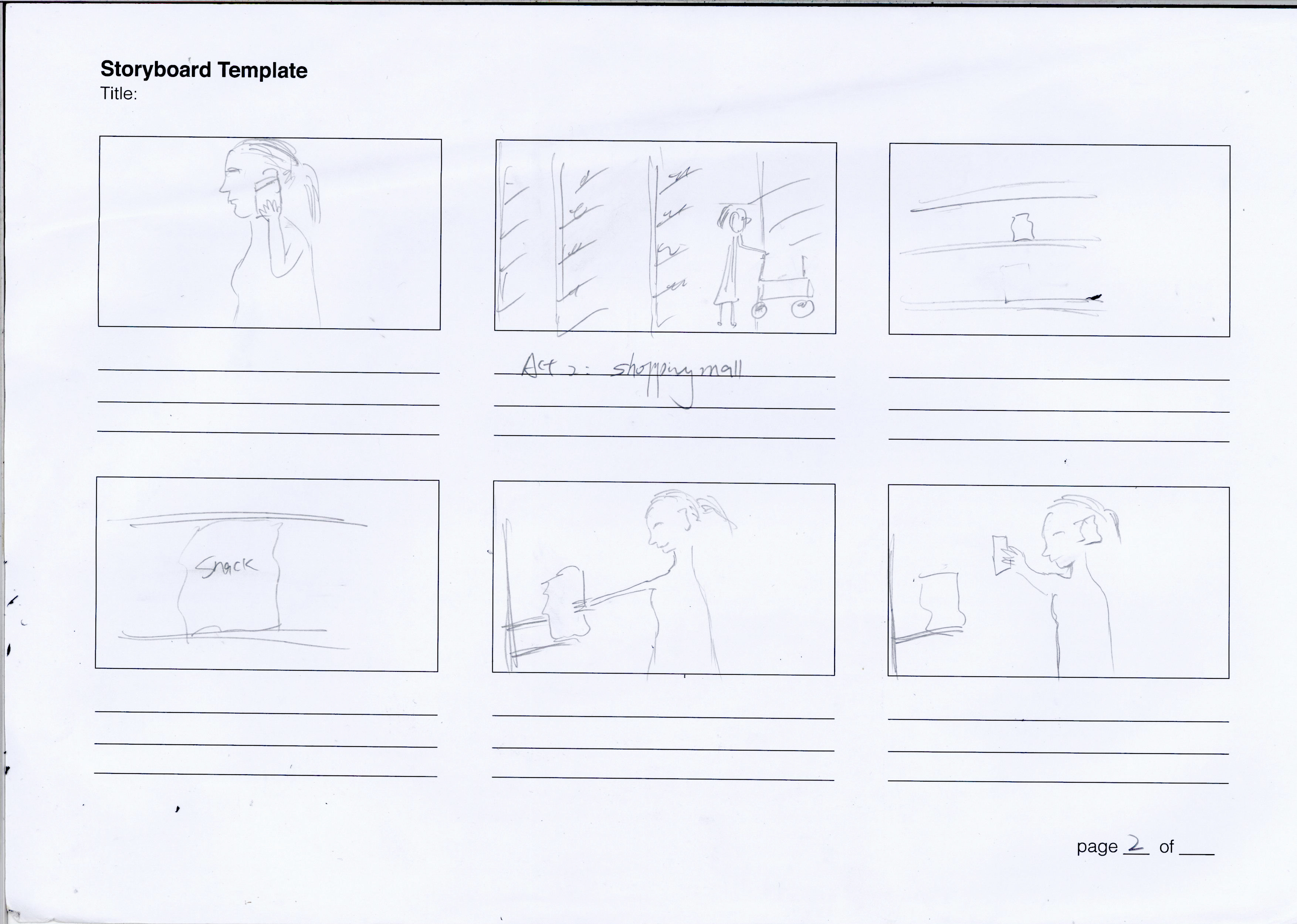 Act 2:
Scene: bedroom
-Gretel is typing a hopeless Facebook status in her laptop
-Gretel: bends over the desk and cries.
-She received sweet and positive comments from Willson
-Gretel: stared at the reply for a long time, she smiles. 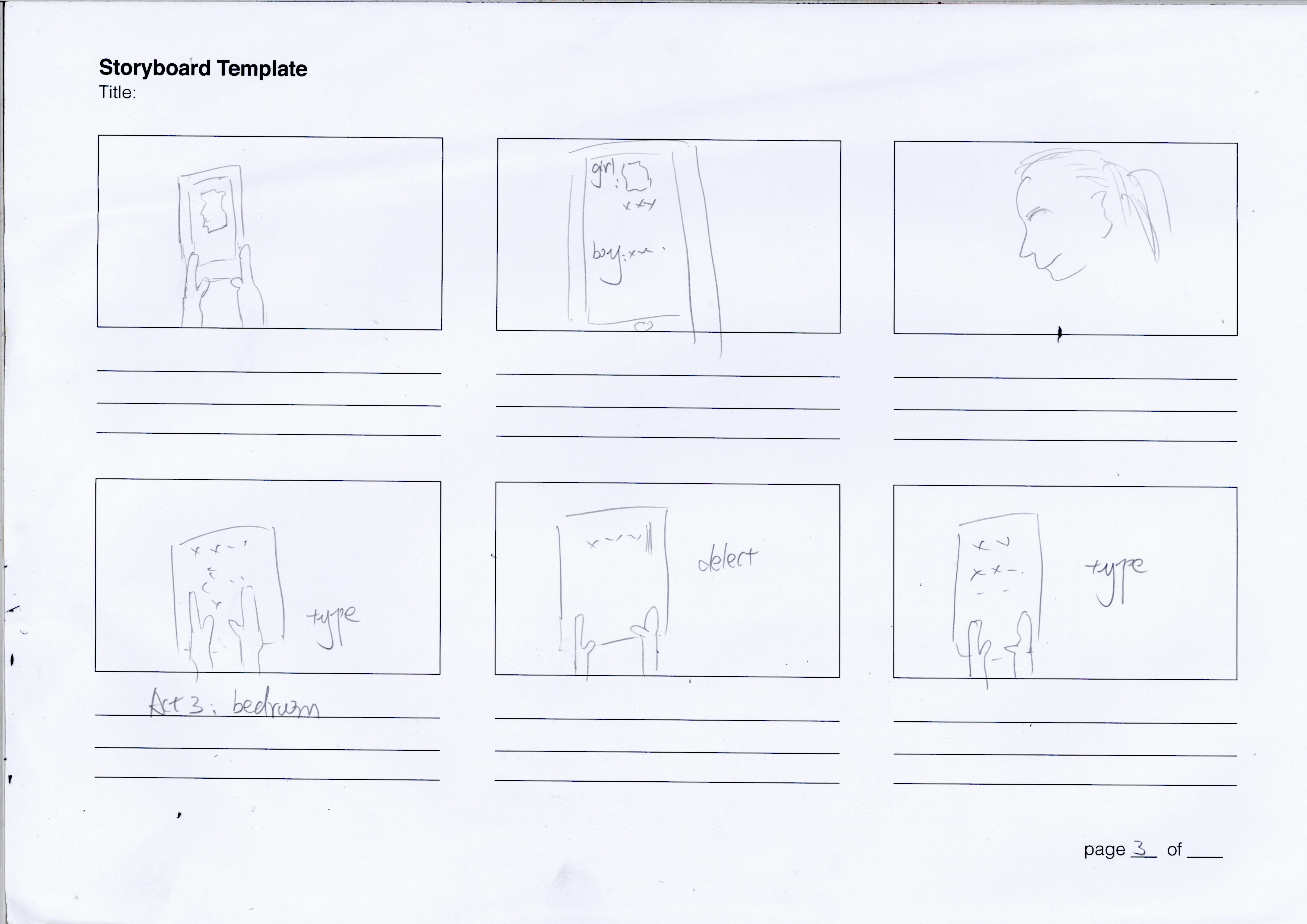 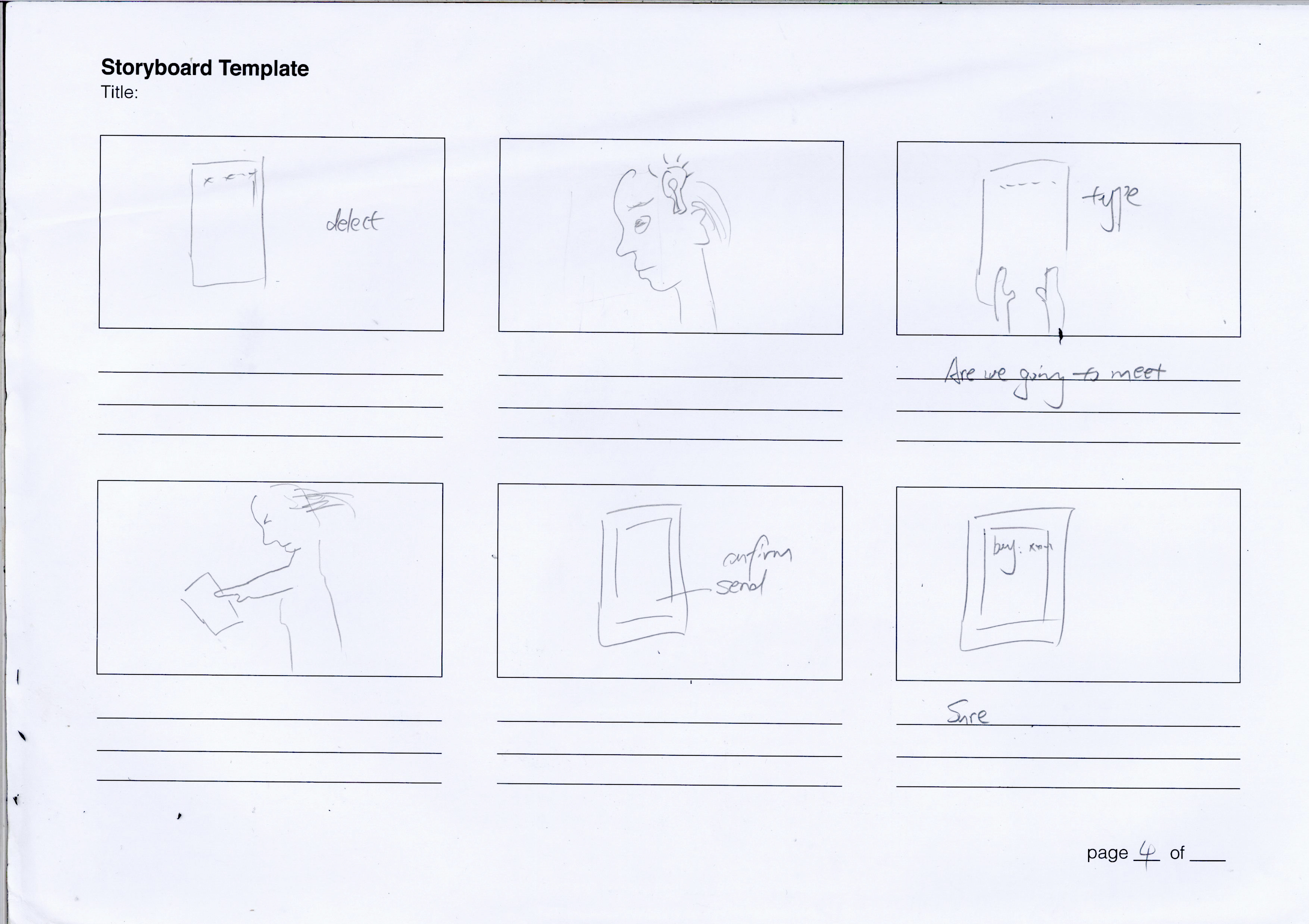 Act 3:
Scene: bedroom
-Gretel takes the phone then put down the phone.
-Finally, she makes a phone call.
-She called her father: “Daddy, please, can you visit me during holiday?
-Daddy: “I am afraid not, darling.” 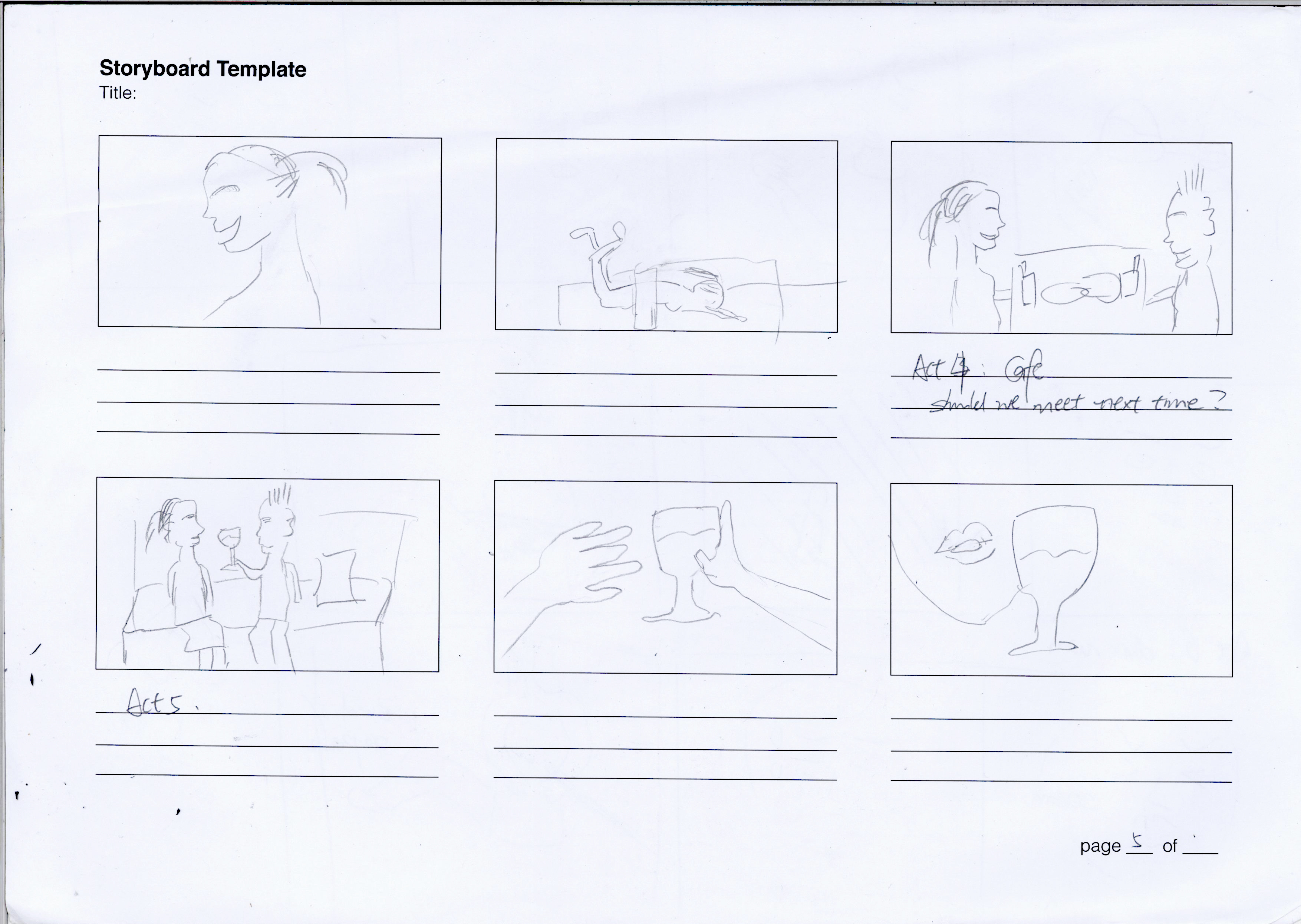 Act 4:
Scene: bedroom
-Gretel stared at Wilson’s name on the computer screen for a long time
-Finally she types: “Can we meet?”
-She hesitates for a long time.
-She clicks: “Send.”
-Wilson replies: “Okay”

Act5:
Scene: Sofa area
Gretel is crying: “My father doesn’t want me to go home, because my stepmother doesn’t like me, what should I do?”
Wilson (passes a tissue to Gretel) “It’s okay, everything will be alright.” (passes a cup of water to Gretel)
Gretel uses the tissue to wipe her tear, and then drinks that cup of water.
Gretel: “Wilson, I feel sleepy.”
Wilson smiles: “Have a nap.” 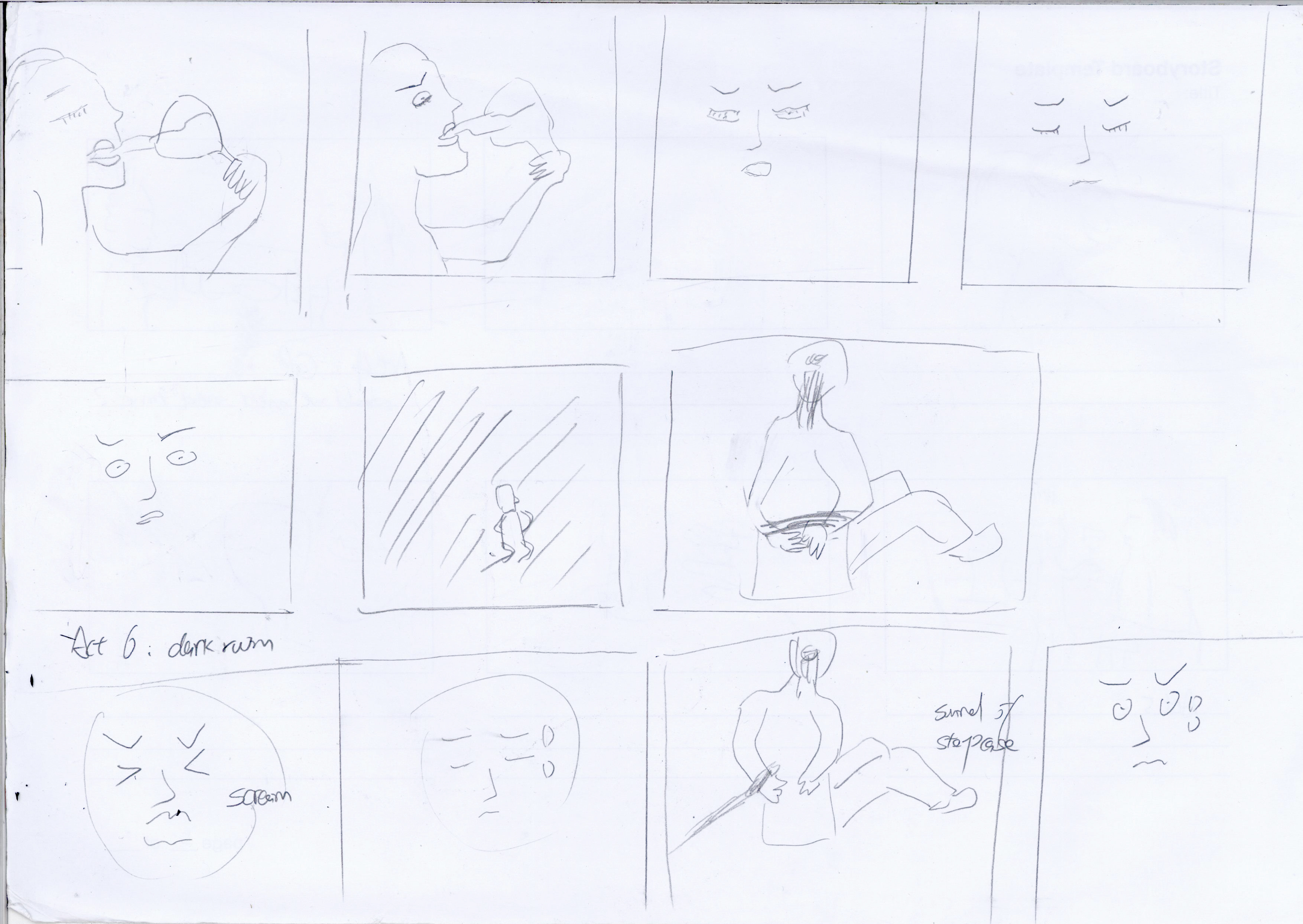 Act6:
Scene: dark room
-Gretel wakes up
-Looks at the surrounding
-Starts screaming and crying
-Slowly clams down
-Gets away from the ropes (takes a long time)
-Tried to open the door and escape
-Put her ears against the wall
-She hears the sound of steps
-She looks scared
-Next second, she looks determined
-Quickly grabs the metal
-Slowly raises the stone in her hand

However after we filmed following the storyboard, we realised that the trailer will be boring if we follow the storyline hence the order of the scenes are edited in such a way to make it more interesting.

Inspiration:
At first we wanted to make a kind of thriller feel trailer, something that will give spine chilling mood like this:

However after we filmed we realised that it is quite extreme and required to take more extreme scenes, hence we  decided to create a more daily life mood trailer. Still about the danger of online stranger, this is our inspiration:

This trailer focuses on the victim’s side and how her life and surroundings are negatively affected. The mood it gives is really feel like daily life and can happen to anyone.

Challenges:
The very first challenge is to find the actors and find suitable timings for everyone. Due to difficulties in finding common time, our first filming took was from 11pm to 3am in the morning while the second filming started 10 pm also.

The greatest challenge that we have is that we filmed at quite low quality (640x480px) and we didn’t have any other time to refill everything. As such we purposely put noise effect at different level during the whole duration of the trailer. Another positive side is that it takes quite an acceptable renderring time for the video.

Another challenge is that neither of us have any experience in video editing before and we were first introduced to PremierPro during the 4D lesson. However, with the help from the lesson and many Youtube videos, I personally find that editing video is quite fun and it is something that I will continue to learn along the way.

Also, a challenging part is to actually find suitable music for the trailer. At the end we decide to go with “Heart Cry Remix [Extended Version]” by Drehz (iTunes) which Jane successfully found.

Video description: It is a trailer of a modern adaptation of Hansel and Gretel. It focuses on the danger of meeting a stranger online. Our character is Gretel who is studying abroad but unable to go home as the stepmother doesn’t allow her to do so due to financial issue. Denied to go home, she becomes mentally lost and down and decides to express her feeling online where she found a new guy friend who appears very caring and nice to her. She trusted him and finally ask him to meet up only to found the danger awaits her.

Q. Why ‘the NET’?
A. The ‘net’ is actually short form taken from interNET. And at the same time we want it to bring the message of net used to capture fishes and other animal to bring the idea of trap, confinement and victim.

Q. In the original tale the characters are Hansel and Gretel, why do you adapt into only one character?
A. We only have Gretel as we decided to fuse and combine both Hansel and Gretel’s characteristic into one character, Gretel.
Hansel: brave, optimistic, hopeful
Gretel: easily influenced, pessimistic
Our Gretel has all the mentioned characteristics, the transition is before and after she remembers her father’s words.
Part one: Gretel as someone who is easily influenced by Wilson and pessimistic, easily give up and being melancholy
Part two: Gretel as someone who is brave and optimistic, have the hope to escape

Q. Is there any reason for the naming of the characters?
A. The main character is fully named ‘Gretel Hans’ to give the idea of combination of Hansel and Gretel. And as our character is female, we take the first name from the original story’s girl. And for the antagonist name ‘Wilson Itch’ is actually a long form from Witch (Wilson Itch.

Q. Why do you use that font?
A. We want to bring back the fairy tale book concept, hence we are choosing font that looks like handwriting. However it is not so consistent with the whole video  that this intention is not potrayed clearly enough in the video.

Q. Is there any intended meaning in the video effect used?
A. The noise effect is used along the way as style of the video. For the colour part, it is to show the present and what is happening, it is noisy and grainies to show the dizzines of Gretel when she just woke up in the unknown. While the black and white is more grainy to show it is an unclear but memorable memory from the past and flashback of what happened.

Q. Is it supposed to be an open ending trailer?
A. Yes. We purposely want the audience to be curious about how the ending would be and keep it with their own imagination. As such, we chose a relatively neutral music that gives a glimpse of hope but also has melancholy and thrill.

Hope you enjoy the video! 😀