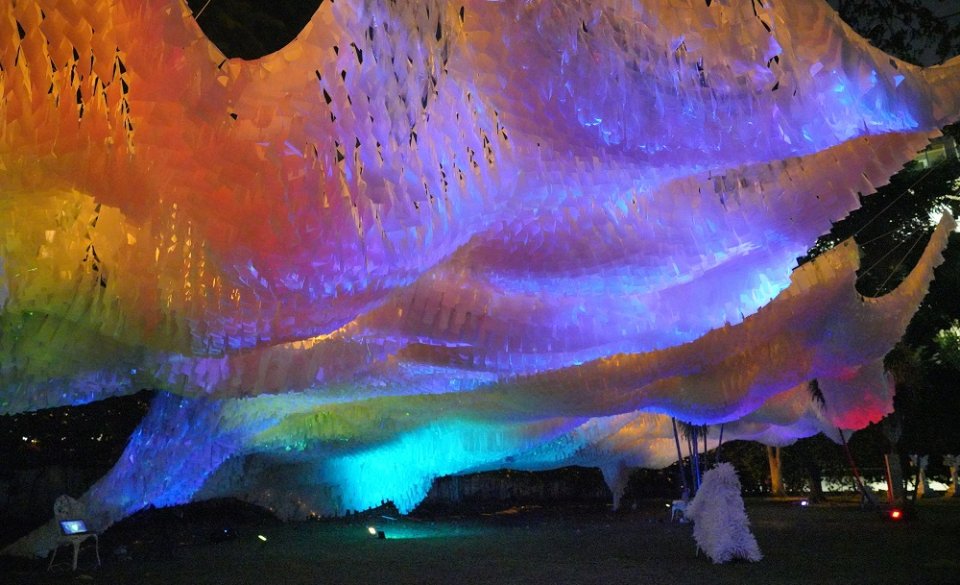 Located outside the Armenian Church, Pulse is an experiential installation where lights of different colours, triggered by sound and voice, are projected onto an elevated roof of strung arrays of white fabric. The assemblage of fabrics resembles a porous membrane, as the  free hanging pieces of white fabric allow for an ever-changing surface.

The digital and interactive aspects involve colourful visualisation projections that are activated through voice and sound, a trigger initiated by the participants. The lights projected on the looming surface that bounds the space created an immersive and alternative environment that mimic a live organism with a pulse.

The anatomy of the work involves the sensors who pick up the sound and noise of the participants (or the surroundings) and the actuators are the light projected. I would say the interaction in this work is passive, where the participant would not have to actively act or put much thought behind the interaction. In my opinion, the actual artwork is the membrane which serves as the backbone in the environment created. The organic design of the structures were inspired by the algorithm of how cells divide, where the artists intent for it to represent the spontaneity of our digital society. Thus, I feel that the lights play a secondary role in the work, while the physical structure could possibly serve as an installation on its own.

Other than an experiential piece, this work also serves as a performative piece where a muse is invited to dance within the space. She would wear a dress of the same fabric used and the audience can watch her move fluidly as a response to the dynamic but strangely calming lights and sound.

Located permanently in Niigata, Japan, “Dream House” project is an experimental artwork where participants are invited to stay in a house curated by Abramovic, who aim to cultivate dreams. The viewer participates with the entire space by living in it, going through rituals to facilitate the process of dreaming. After sleeping in a coordinated pace in ‘dream suits’, the viewer recalls his dreams in the “DREAM BOOK” which is recorded since its first participant.

I would say the interaction between the viewer and this work is raw and organic, playing with the line between reality and imaginary. Each dream becomes part of the work that documents the existence of each viewer and a fragment of their imagination that lived within the art work. 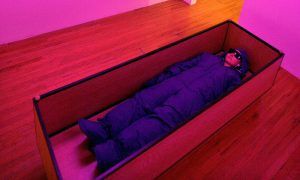 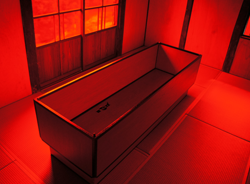 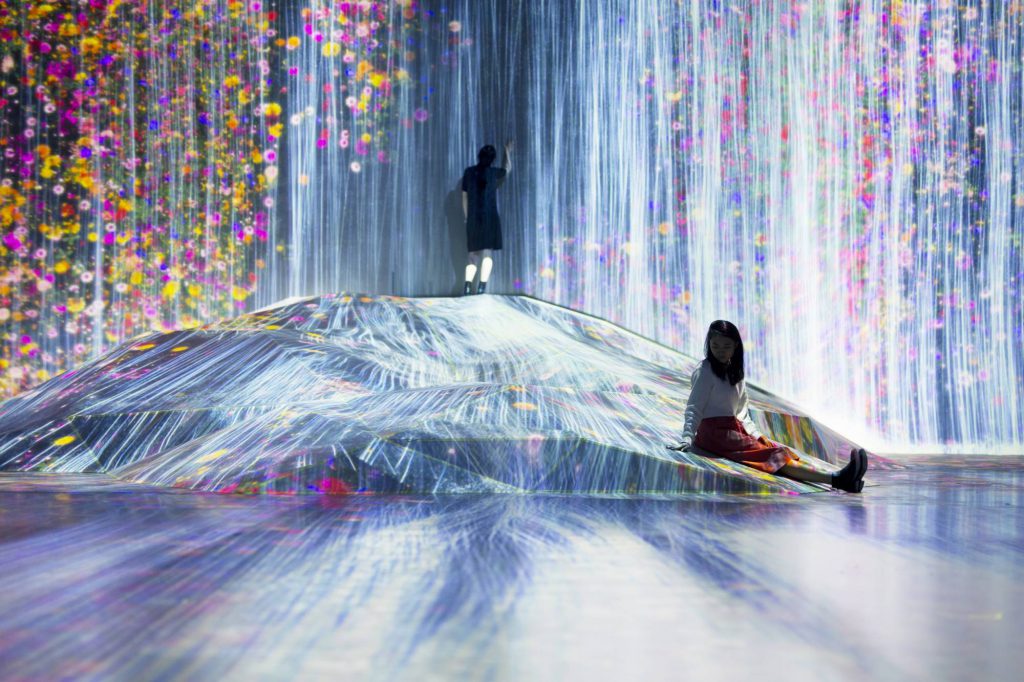 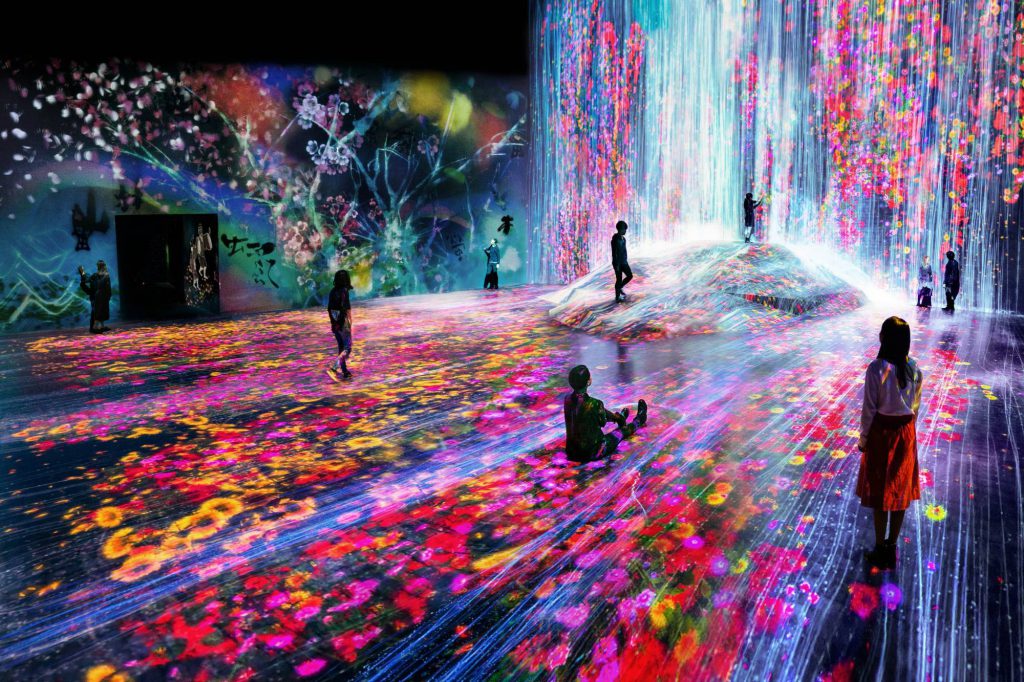 This art installation digitalised the flow of water of a waterfall into lines of light, creating a virtual space in a three dimensional space. When a viewer stands on the rock or touches the waterfall, the flow of water changes as a response to the interaction to create an ever-changing state.

I feel that the interaction in this work is of face-value given the possibilities of digital technology. But the work can be appreciated for its scale and beauty.