I chose my movie quotes to portray the irony of being classy in a trashy way, in particular the retorts given after being challenged. The main focus is parody, to capture the visual narrative in a humorous way through the use of imagery and symbols.

Lichtenstein’s paintings and precise compositions of comic images and pop images documented while they parodied, often in a tongue-in-cheek manner. 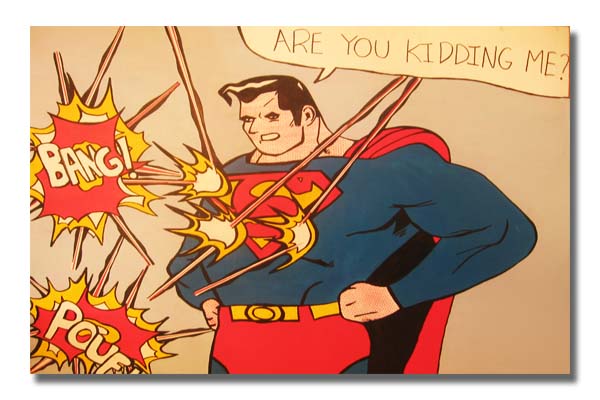 Using pop icons and celebrities as symbols of pop culture, the silk screen prints reflects the mass-production and proliferation of such symbols in society.

I wanted to portray the irony of my quotes in a whimsical manner, thus the style is influenced by pop art’s use of symbols and iconic imagery. 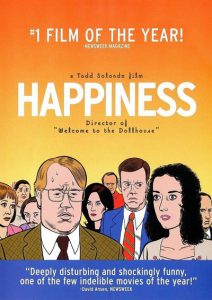 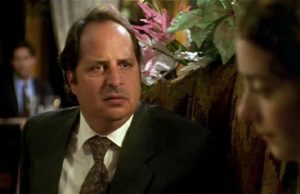 I chose a quote with obvious visual imagery, with contrasting subject matter to put a play between the images.

Subject matter: USE OF BRANDS AS SYMBOLS

Influenced by pop-art, I wanted to incorporate the symbol and imagery of brands, as they are instantly recognisable and well-spread in society.

I combined the champagne with the image of a “fat-so”, with the brand logo inscribed on his body and champagne popping out of his mouth.

I realised the body has a bottle shape, thus to visualise “I am champagne”, I connected the bottle neck to his top of the head.

Comments: The man is not balanced, has an awkward position, should have him leaning his weight against something.
Edits: Place a ” chair” of a ice bucket, used to hold champagne.

The man has a relaxed pose, as if acting cocky and proud, and is fused as a moet champagne bottle using humour in the visual imagery. 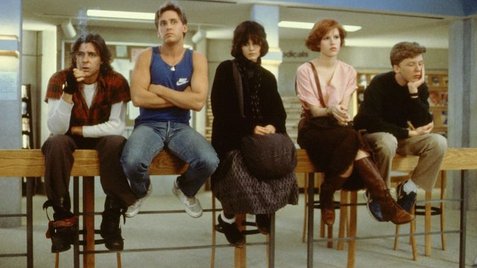 Five high school students meet in Saturday detention and discover how they have a lot more in common than they thought.

Quote: ” But what we found out is that each one of us is a brain…and an athlete…and a basket case…a princess…and a criminal. Does that answer your question? Sincerely yours, The Breakfast Club.”

I wanted to portray a breakfast table, with each stereotype on a place to capture how society is out to  “eat” them up.
I place the criminal as a human figure to show how society incriminate the young teens with stereotypes by locking them up. 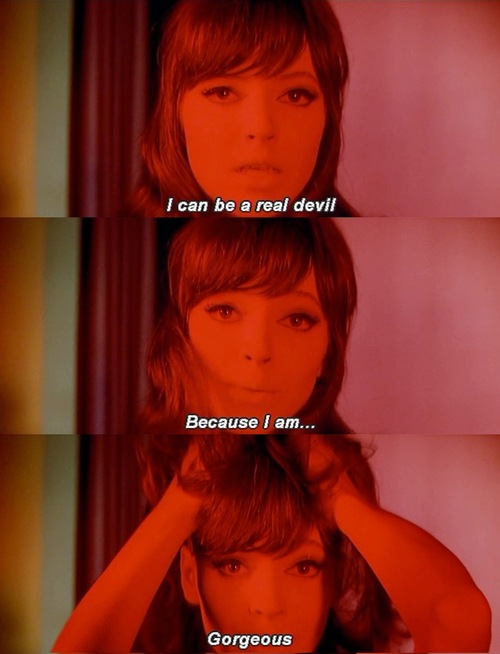 Quote: “I can be a real devil because I am… Gorgeous” 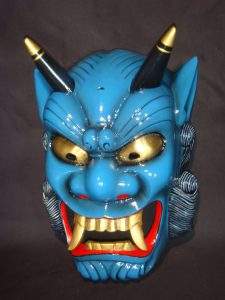 I did not like the silhouette so I changed the composition into overlap faces in mirrors. It shows the gradual change of the girl turning into a devil in the mirror, the symbol of vanity and beauty.

Initially, I interpreted this quote like a 60s vintage adverts as the quote sounds like a advertising tagline. 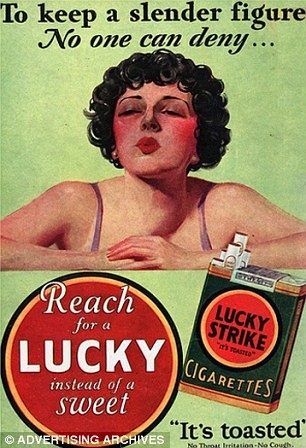 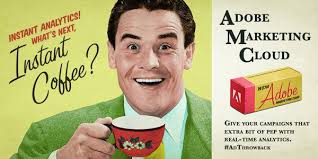 However, I felt that it was too literal. I brought the focus to “It’s not just a bag”, thus, wanting to play with the idea of the prada bag achieving more or has superpowers. 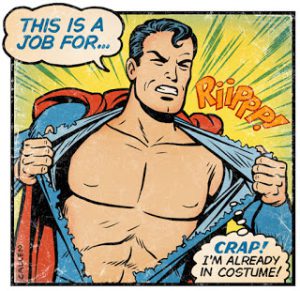 I wanted to present the contrast between Superman, known for his masculinity, and the prada bag, a symbol of the feminine.

Use of BRANDS: the Prada logo 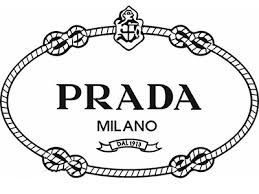 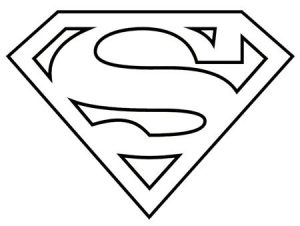 I wanted to combine both recognisable logos for parody.

The people looking up is a play on the “It’s a bird, It’s a plane… It’s Superman” and the quote “It’s Prada”.

Comments: The faces and details are washed out. The expression on Superman should be more detailed.
Edit: I added in the details and the expression of Superman.

I used design 4 for my silkscreen print on the tote bag, as I feel the rectangular composition will look nice. 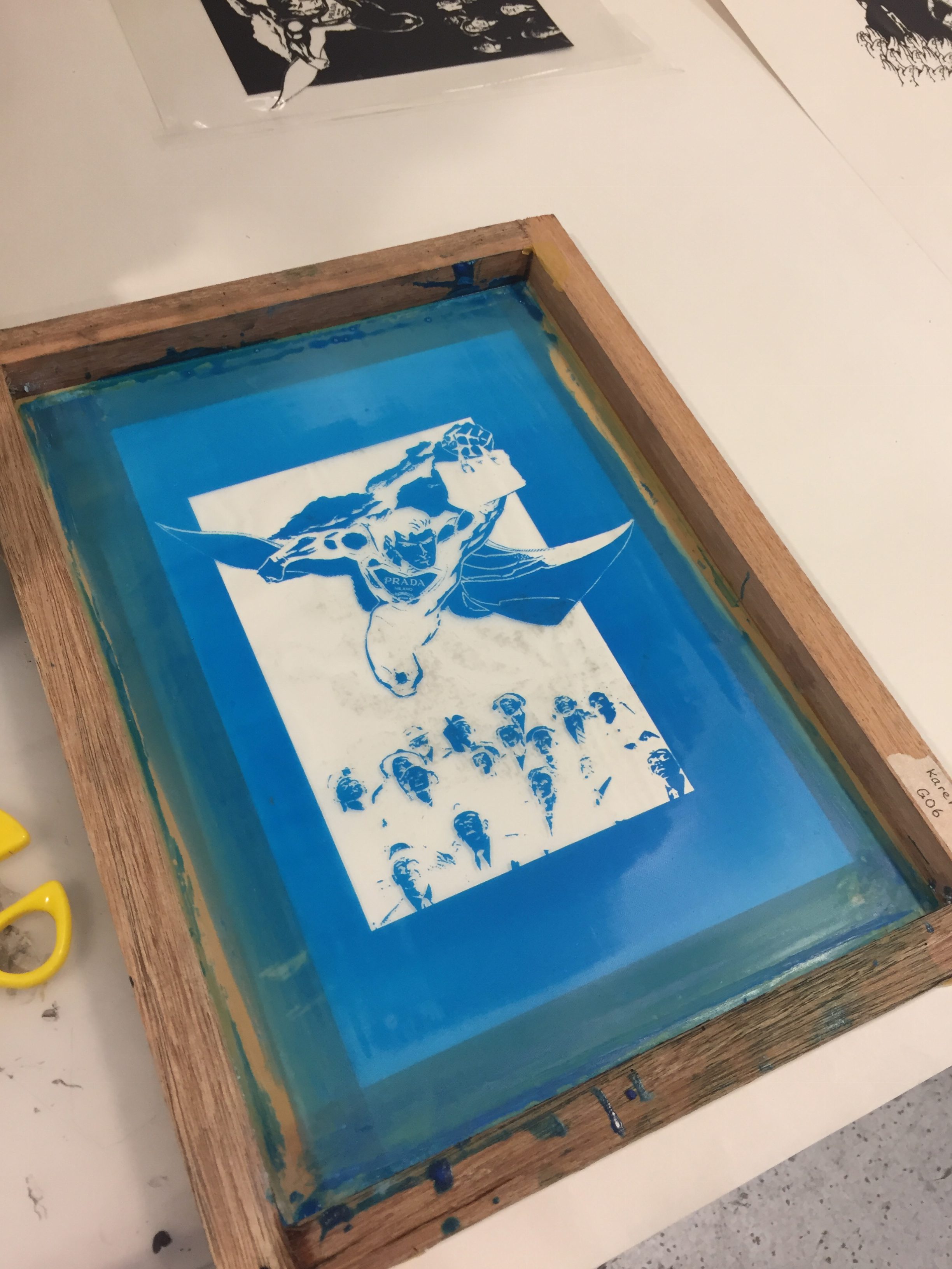 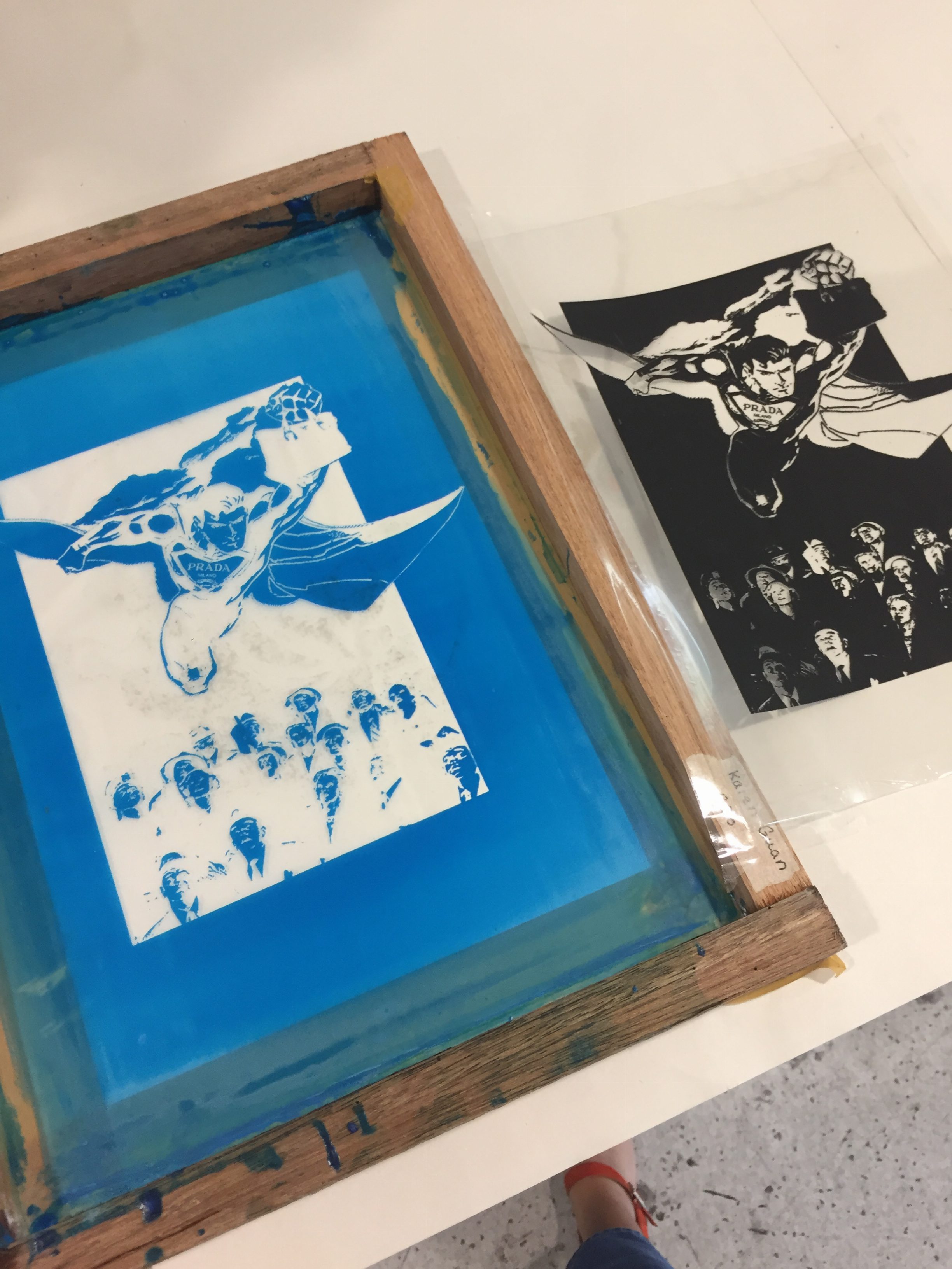