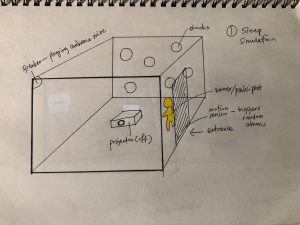 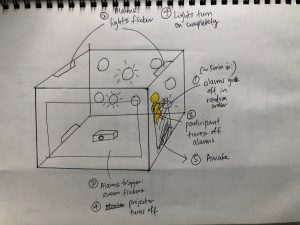 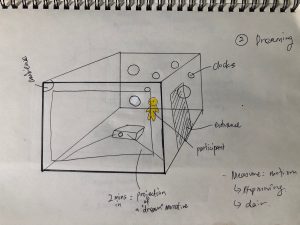 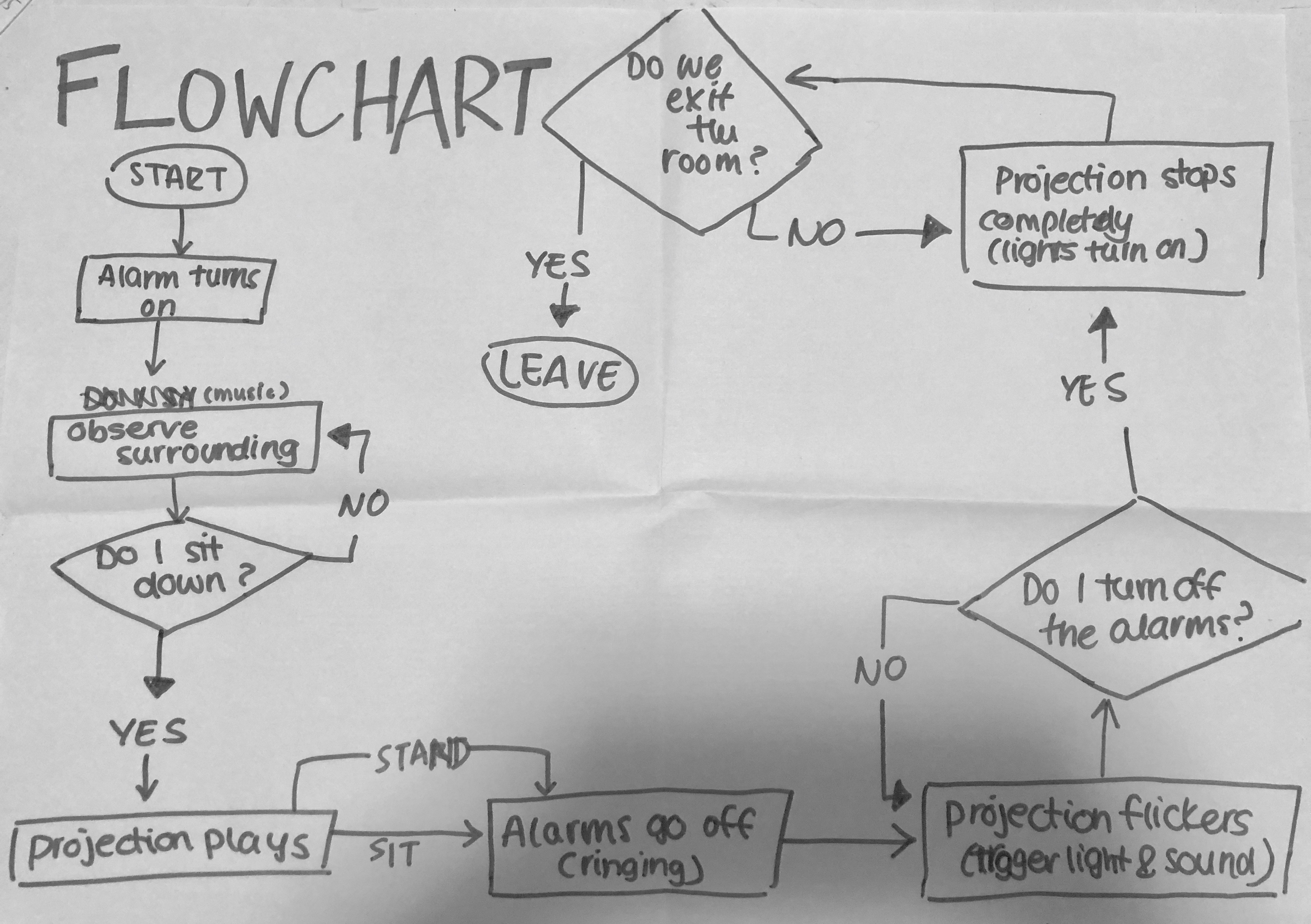 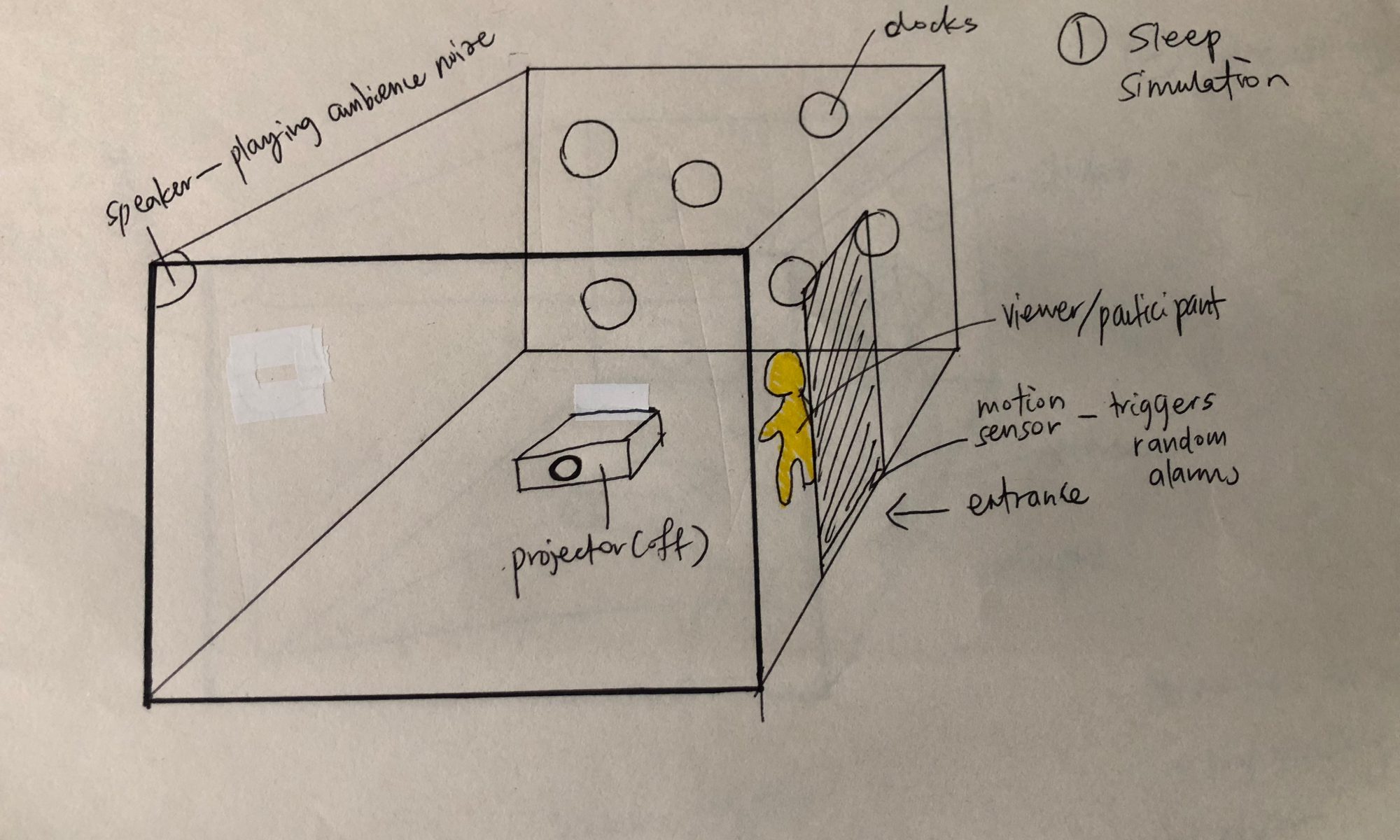 Dreams occur during our sleep, where we are unconscious and not in control of what we see. They are often forgotten and seemed to serve no concrete purpose as compared to our conscious reality. Dreams cannot be recalled to its full detail and experience without conscious effort. While its narrative holds no limits, be it a joyful or horrific experience, it serves as an escape from our routine daily life. 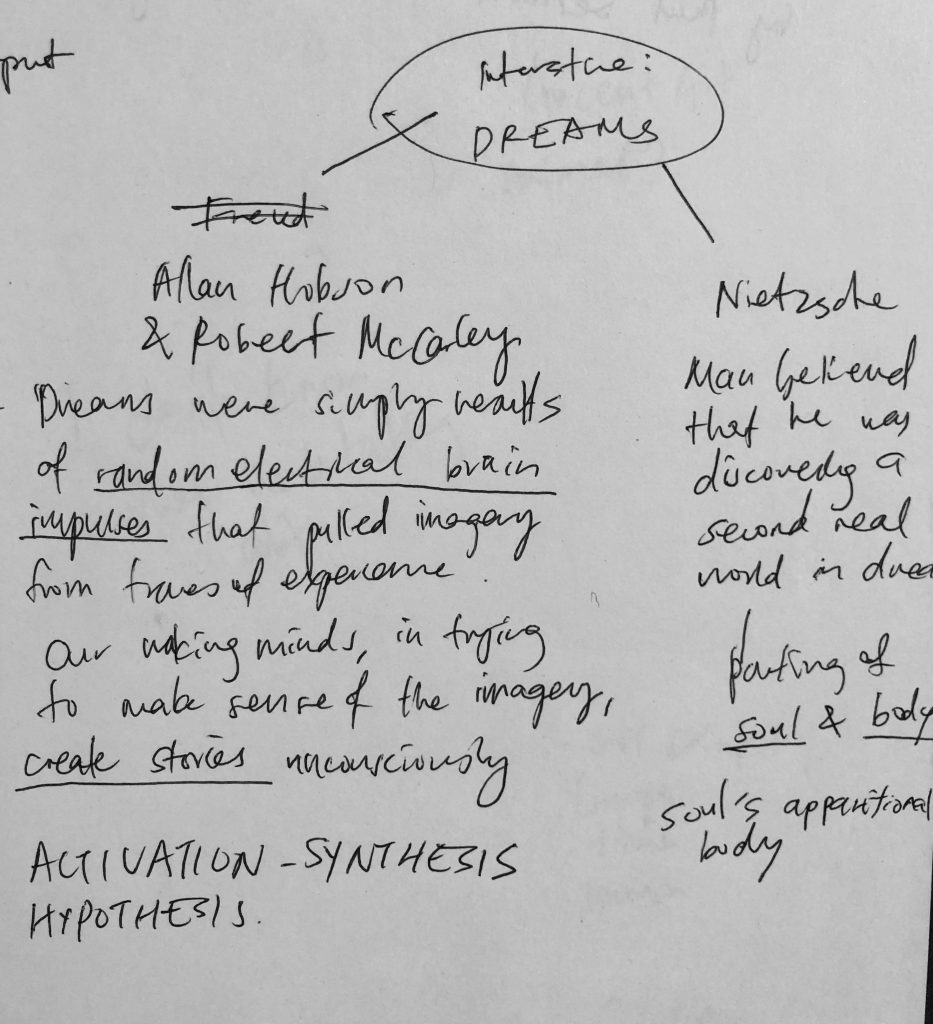 After discussing with my partner, we decided to explore the state of mind between sleeping and waking. We intend to explore interstice in a subtle manner, focusing on the gap between consciousness and unconsciousness.

Idea:
Creating a space that recreates the experience of sleeping and dreaming only to be disturbed by reality (alarms that disrupt rest). We want to use time and disruption as a physical representation of the moment one is awaken by reality. The space would response according to its conditions. 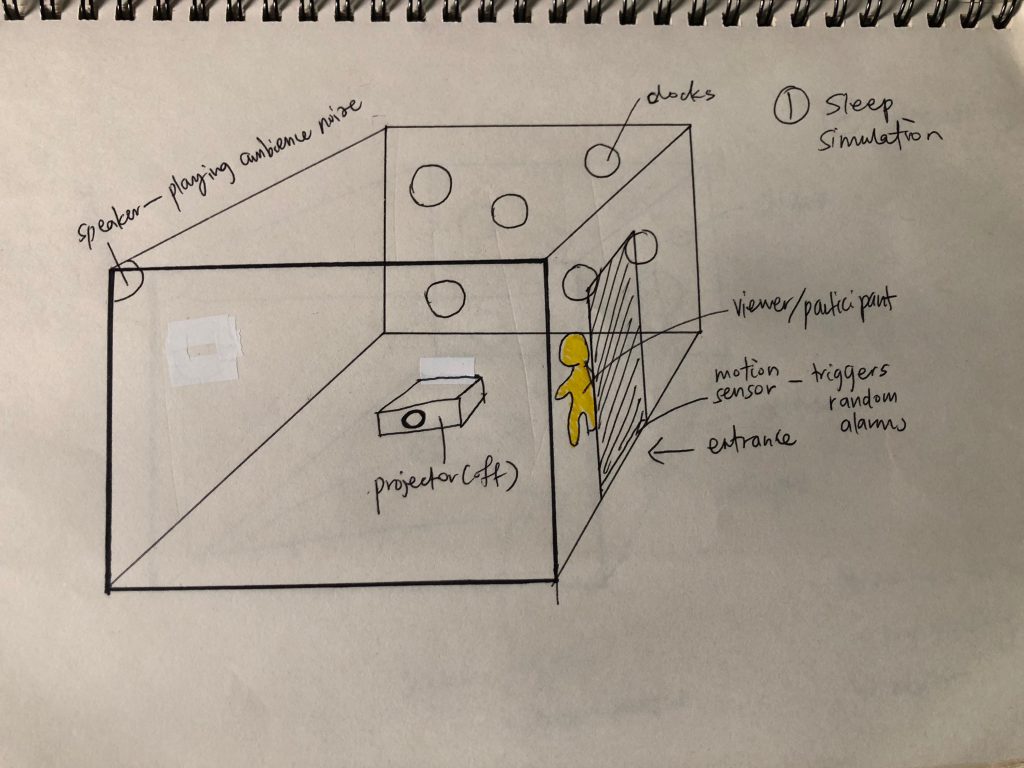 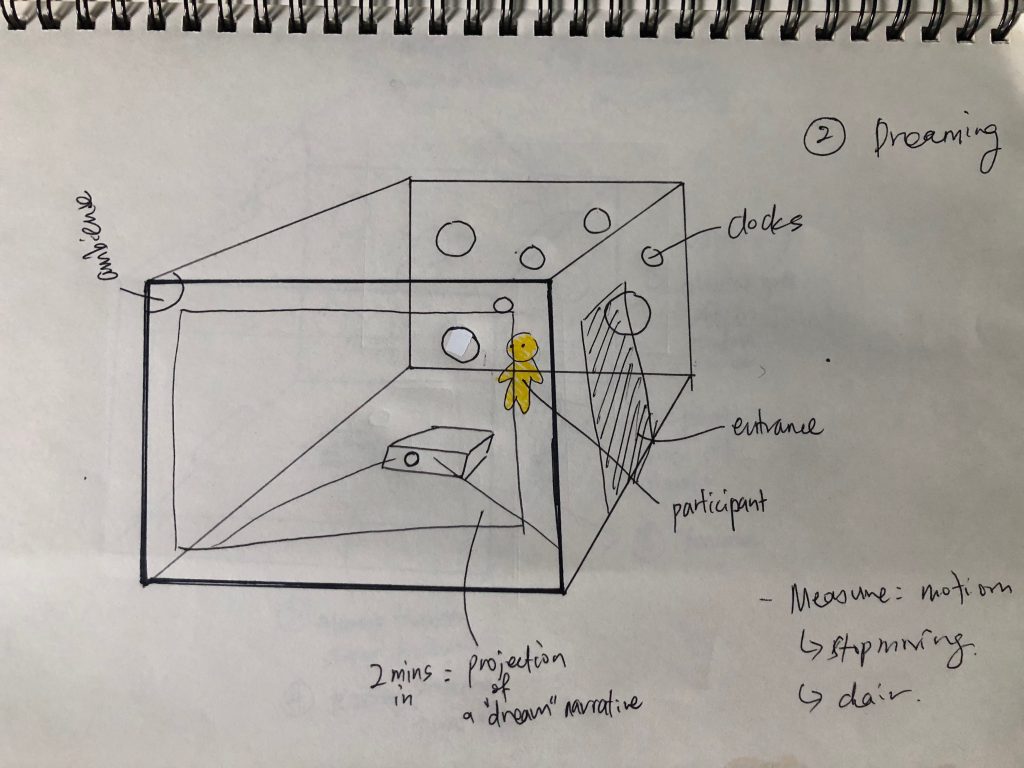 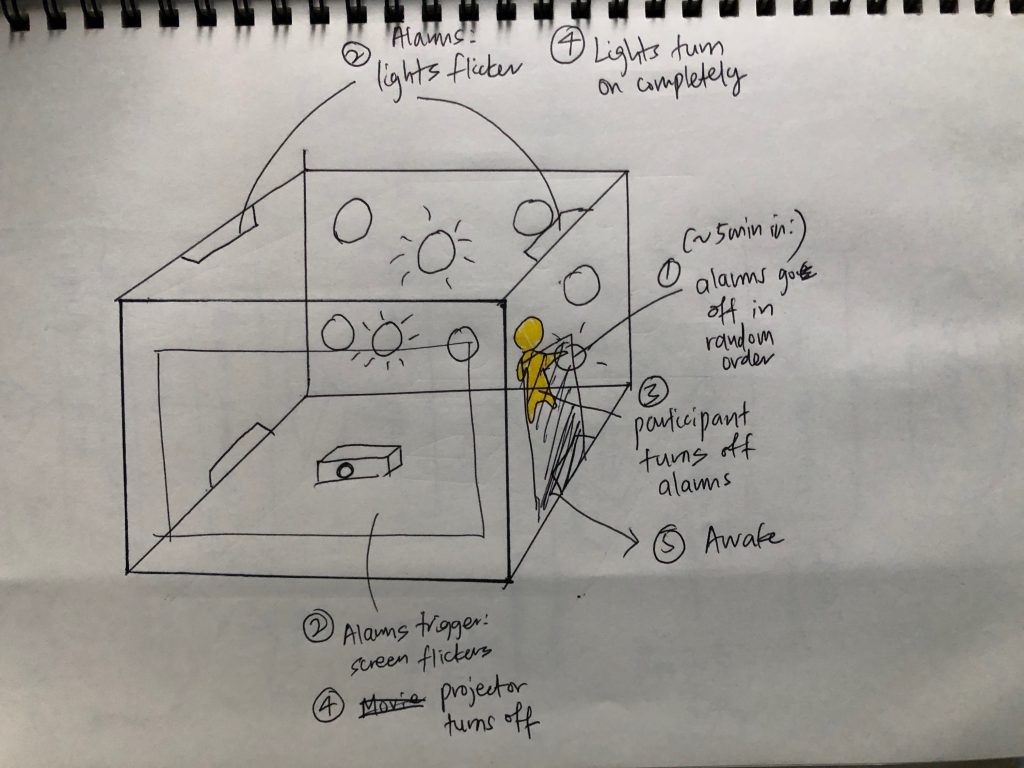