So here it is, I’ve completed the construction of my helmet and I will titled this piece ‘The Head’. Actually I haven’t made up my mind yet. 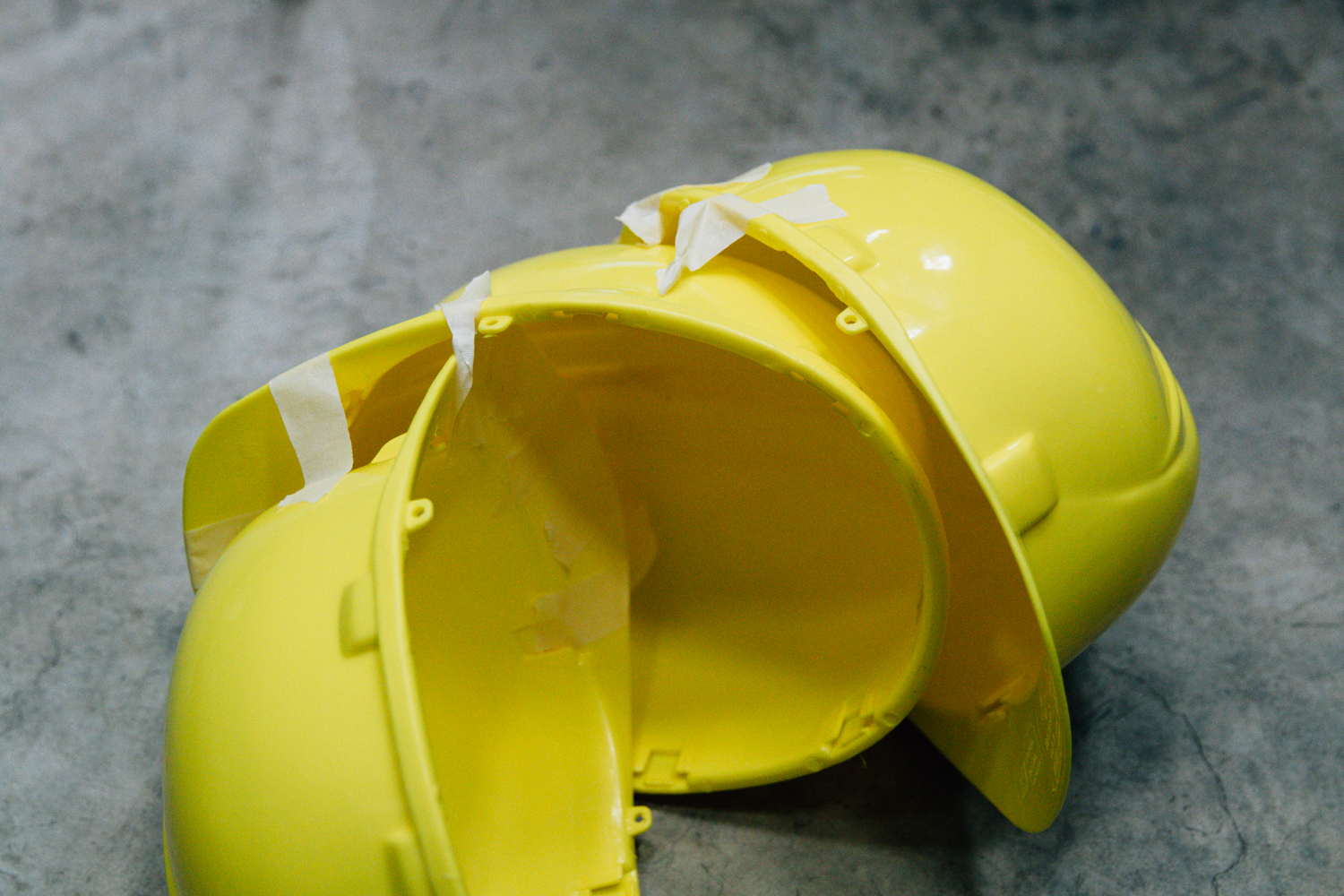 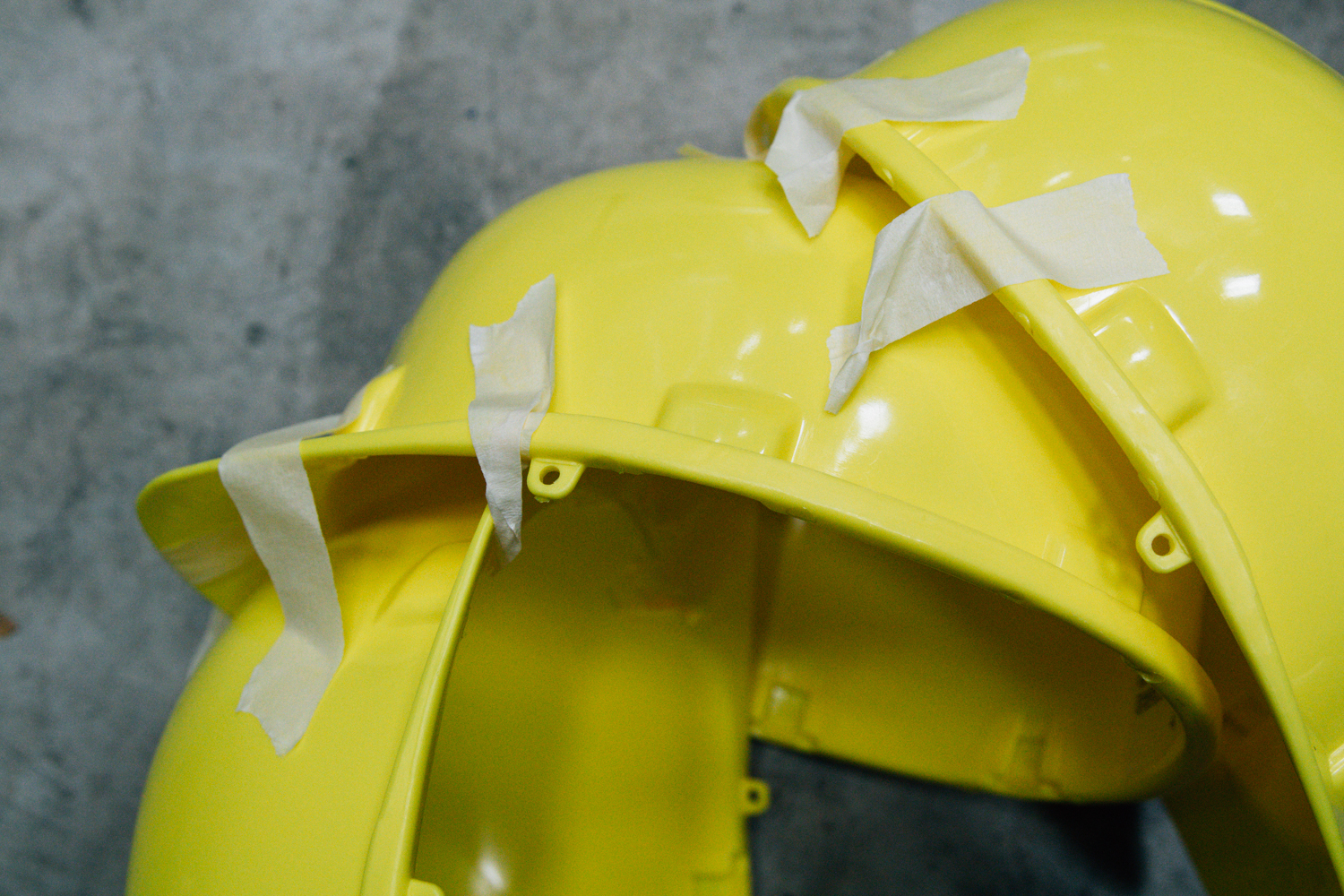 As you can see below, this combination does not cover the side and it is redundant as it won’t allow full protection. So I explore more different shapes and decided to get one more helmet into the mix. After getting one more helmet, I took the design of my first sketch actually. Visually it looks pleasing as well! 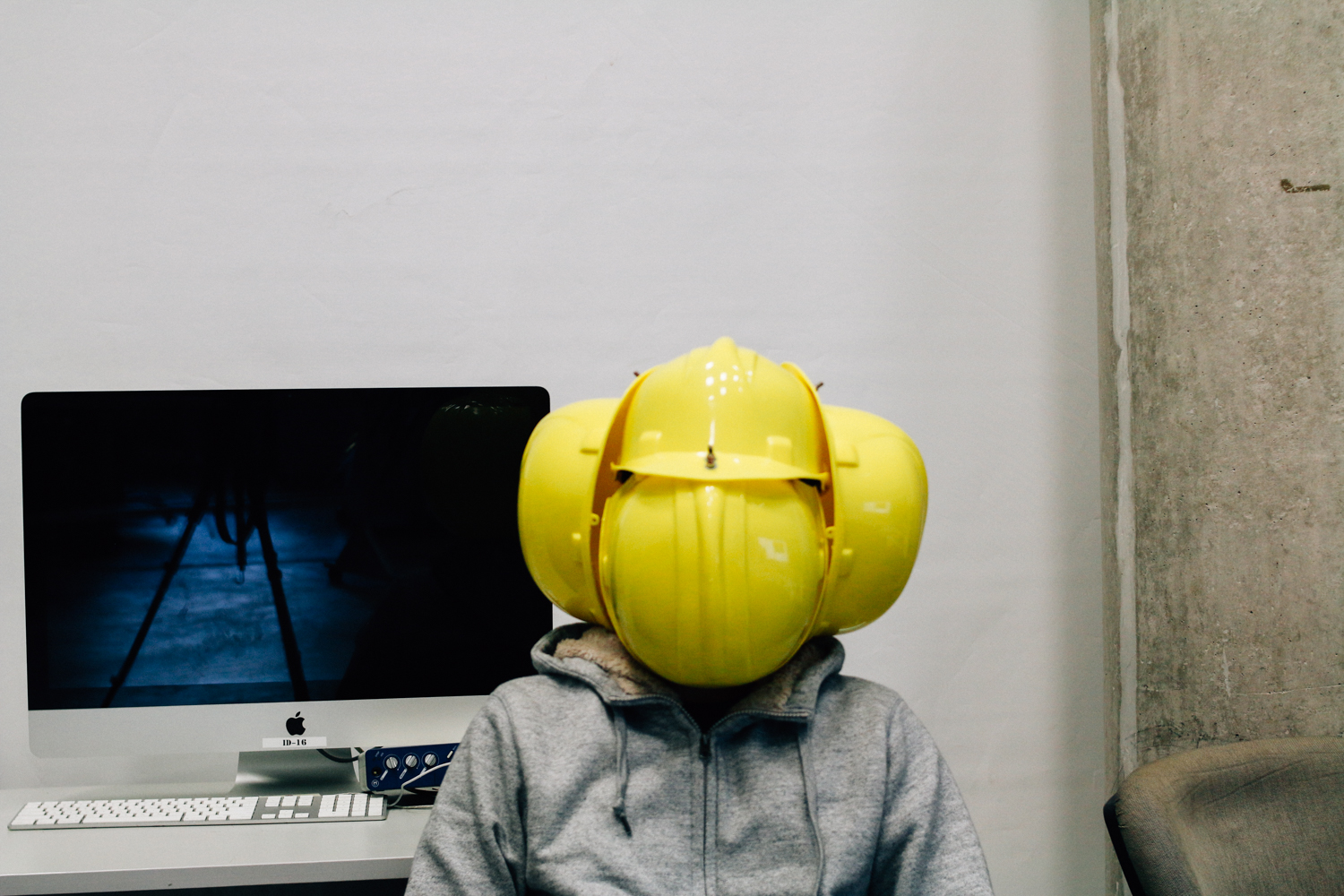 I also realise when I was wearing it, it has an echo as the helmet is shape as such. It adds another element to it i guess. 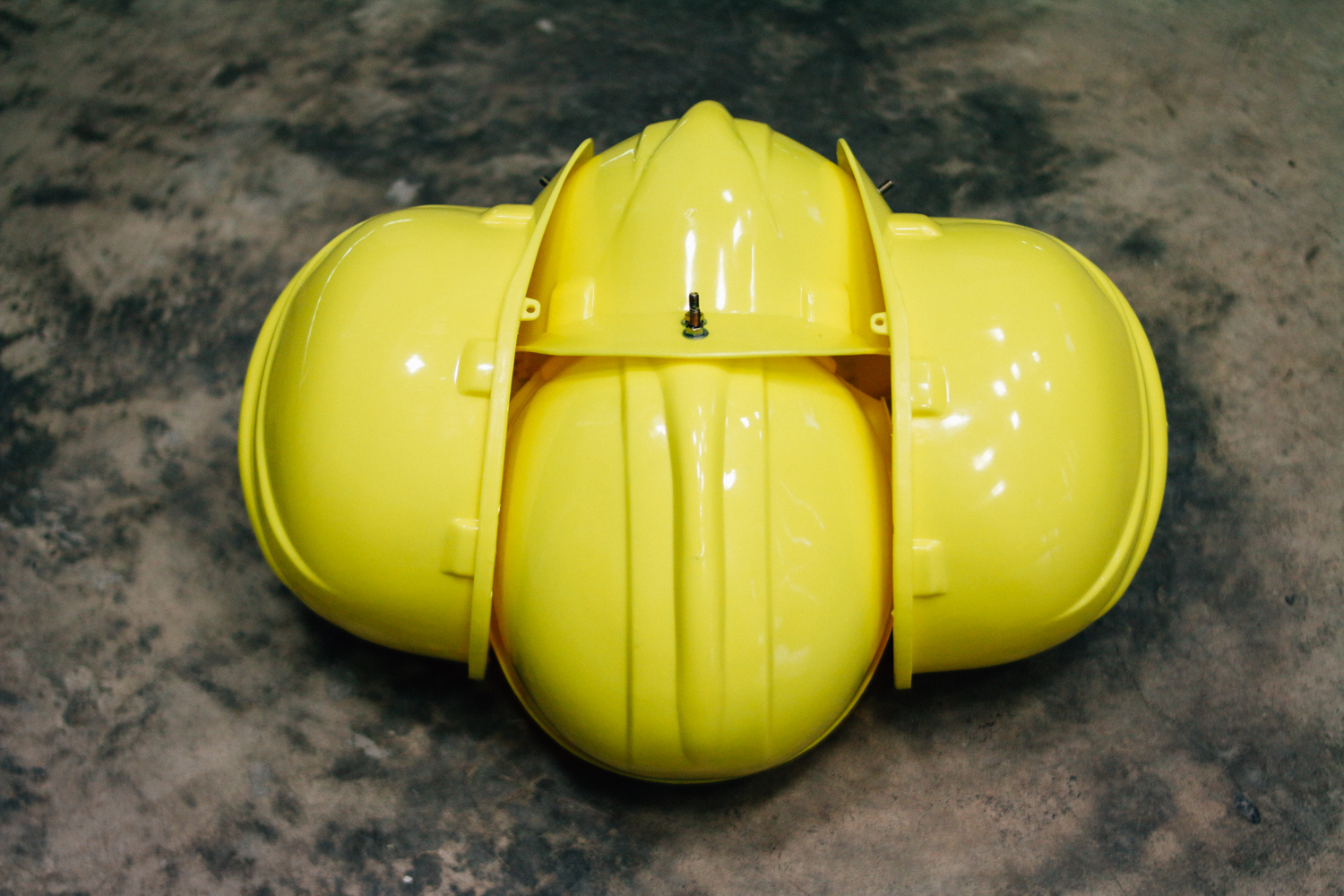 The helmet is joined by making a simple drill and tighten it by bolt and nut. 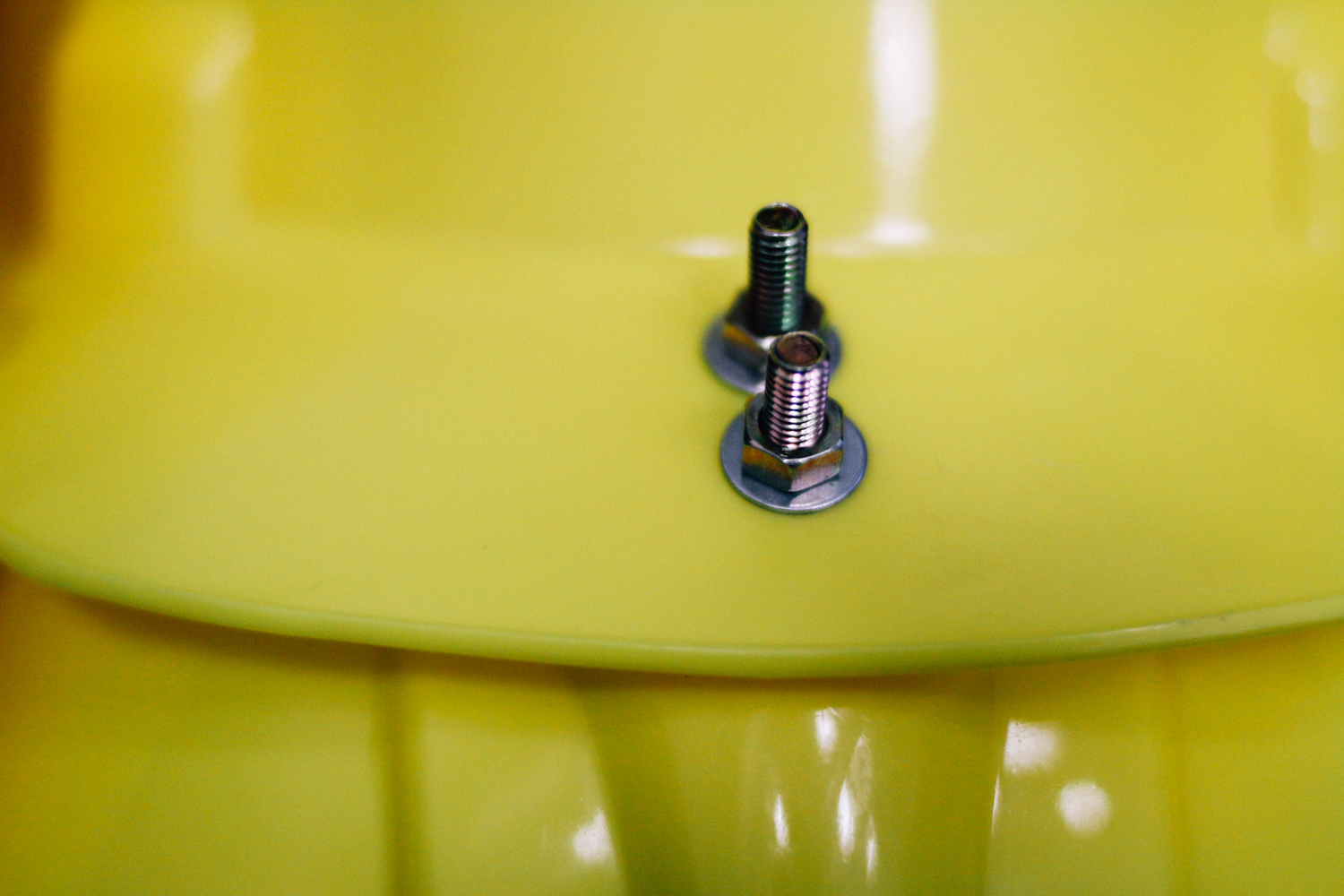 Finding the right place to join was quite a challenge as well cause I would need to find the right spot. Here’s a look from the inside. Will share with you readers especially su hui, with the documentation photograph next!

I started thinking about the analog interactive space installation as soon as the assignment was told to us during class. This was my first initial idea. Using Multi plug as the main object, I want to multiply them to lay out to form a pattern or a shape. Take a look at my sketchbook below for my reasoning and concept. 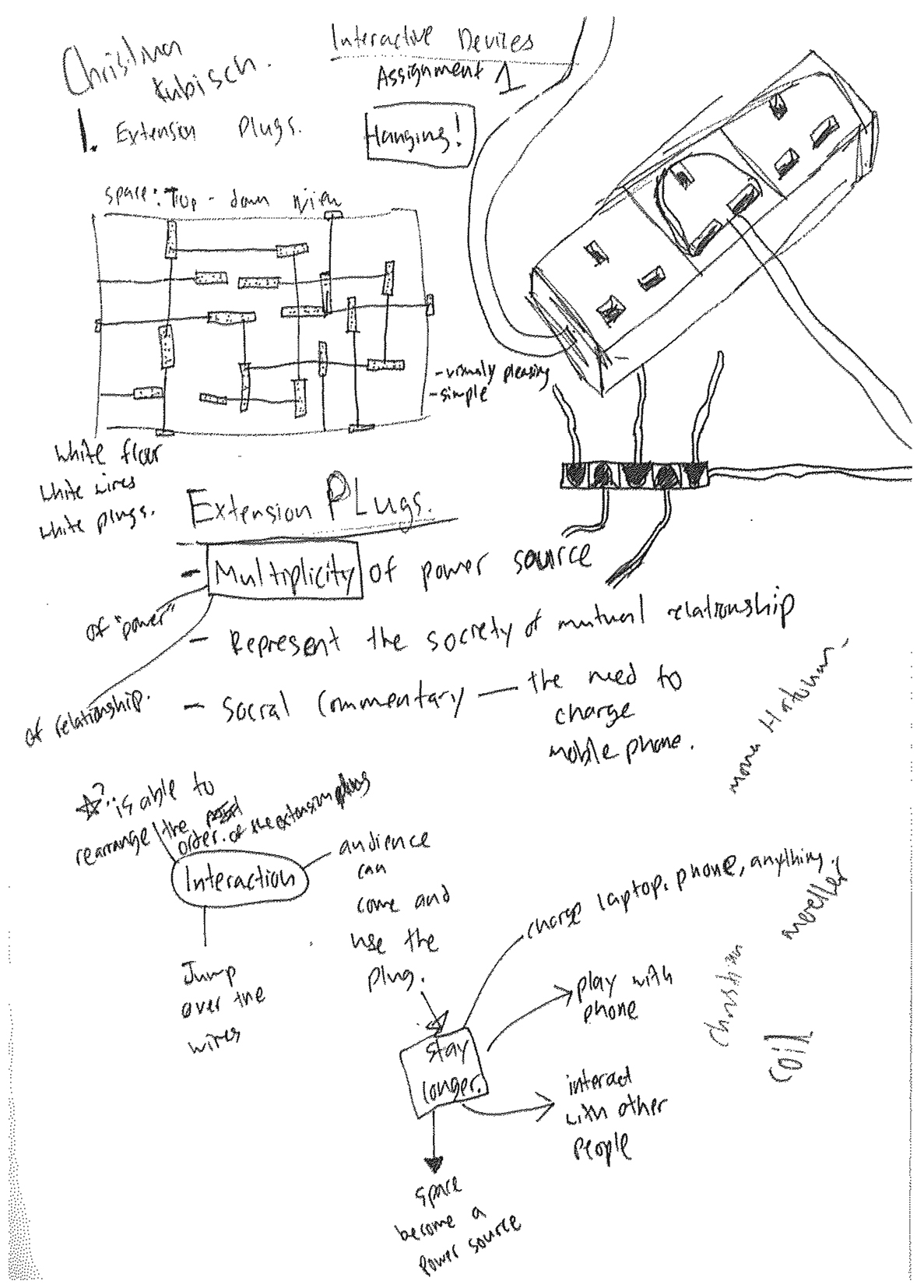 Yeah, as you can see, it is very simple and I was inspired by William Forsythe’s work, especially the work titled Nowhere and Everywhere at the Same Time No. 2. It is very minimal, clean but at the same time, capture your attention. 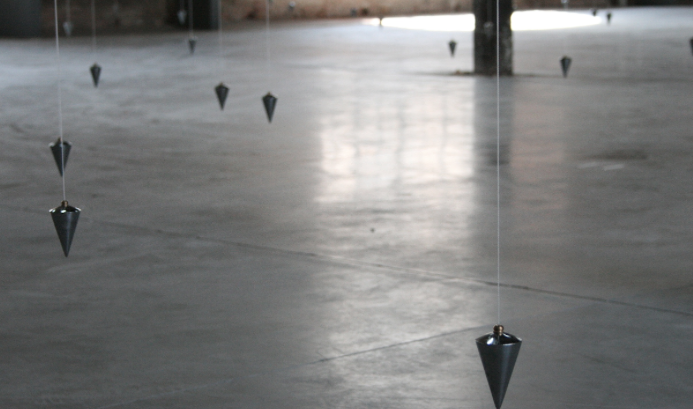 NOWHERE AND EVERYWHERE AT THE SAME TIME, NO.2 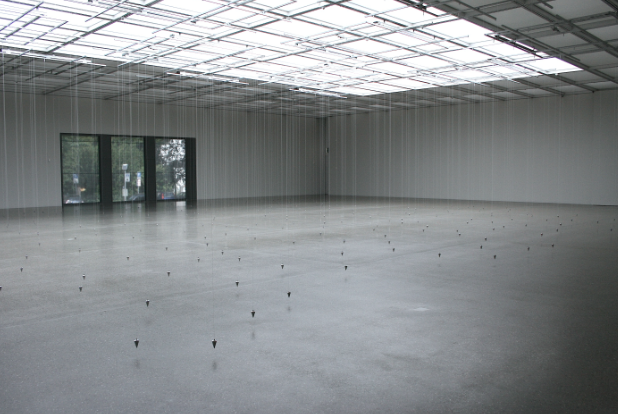 NOWHERE AND EVERYWHERE AT THE SAME TIME, NO.2

I envision the multi plug to be in a very geometric patterns and visitors are able to interact with them by actually changing the patterns and making their own.

I also managed to read up on Gernot Bohme’s article titled ‘The art of the stage set as paradigm for an aesthetics of atmospheres’. Basically an article exploring the definition of Atmosphere and how it is important in a stage work and I find it is also relevant in interactive installation or any artwork for that matter.

As I read the article, I took down some points to make summarise the article in my own way. It is quite insightful as atmosphere is important to allow the visitors/audience to want to interact with the surroundings. 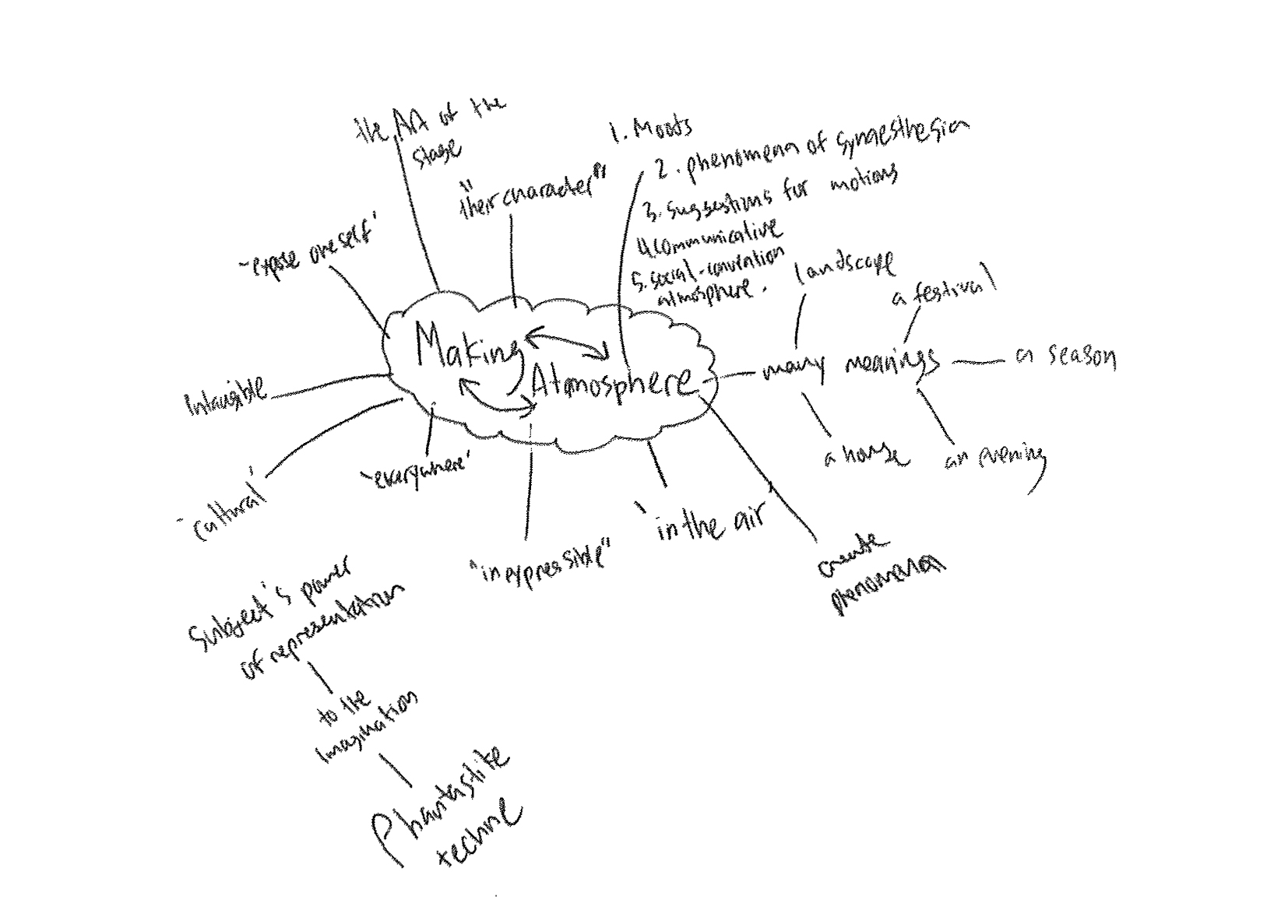 As my analog idea is still in the early stage, I feel there could be some development however, I really like how this idea feels so simple and strong, at least to me. The interaction to my work could be open and I want that for this idea. But we shall see. The professor has suggest that I add some element of electricity in it to make like a sound work. Googled Christina Kubisch and her work on the idea of an Electricity Walks is pretty interesting. I shall make another post on her works next.

So the anticipating trailer for my first assignment for Interactive Spaces is here. Not finally here but it’s here.

Again just to share about my project.  The perception of a safety helmet is to project your head while one is working on a construction place. Now, I made a helmet which does not allow one to see but I would argue that you be totally safe as it protects your whole head instead of just the top of your head.

I look forward for tomorrow’s class.