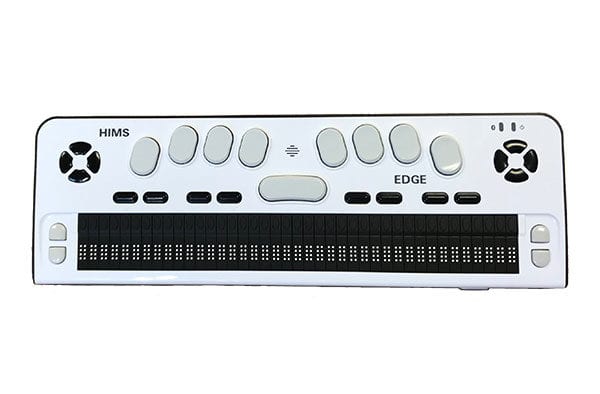 For this week’s Device of the Week, centered around the theme of “senses,” I will be discussing braille display technology.

Braille is a writing system developed for visually impaired readers. Words and characters are transcribed using a system of raised dots arranged in patterns. This makes it a writing system that can be read using the sense of touch alone.

Since 1970, braille has been repurposed as a digital display system. Purpose-built displays such as the EDGE 40 are capable of dynamically displaying braille characters. 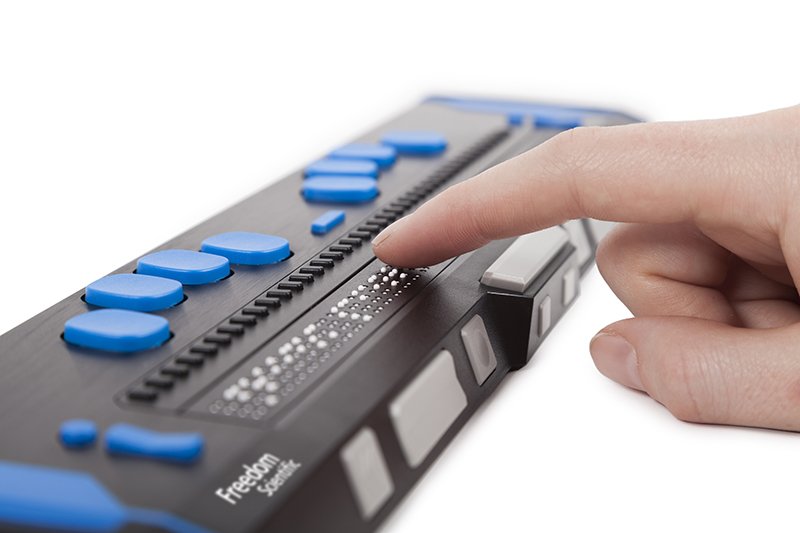 Some devices, such as the BLITAB, even have touchscreen braille displays. 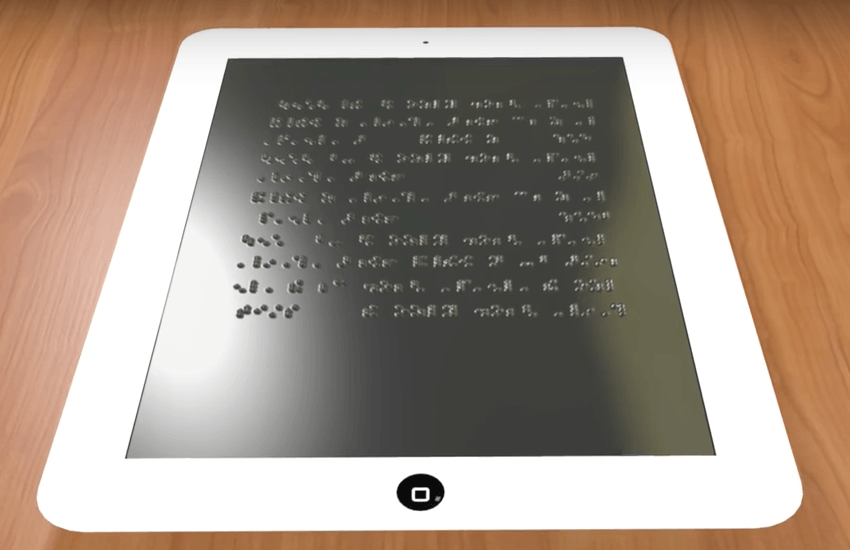 Visually impaired users use braille displays in much the same way that sighted users use LCD displays: the text on screen can be navigated with the mouse and key presses, shifting according to user input. Many displays also allow the user to move the cursor to a cell on the screen by touching that cell.

Since this is basically just a rewritable display, it can be applied anywhere braille or writing is already used. For instance, instead of an LCD display on your air-conditioner or washing machine, a braille display could be an option for visually impaired users.