For my Interactive Spaces project I’m making a spooky altar. I think it turned out well. Here are my thoughts on what to do next. 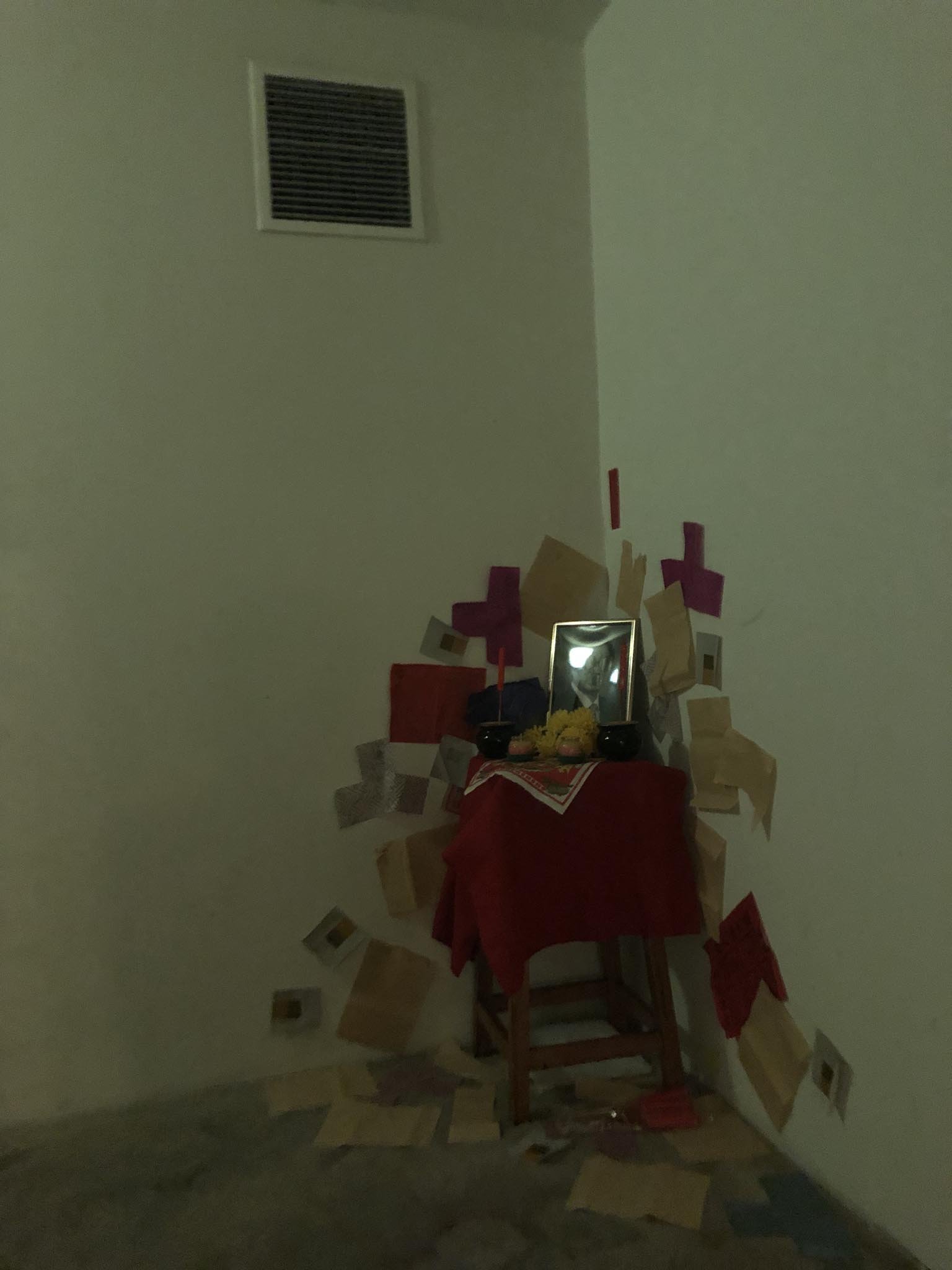 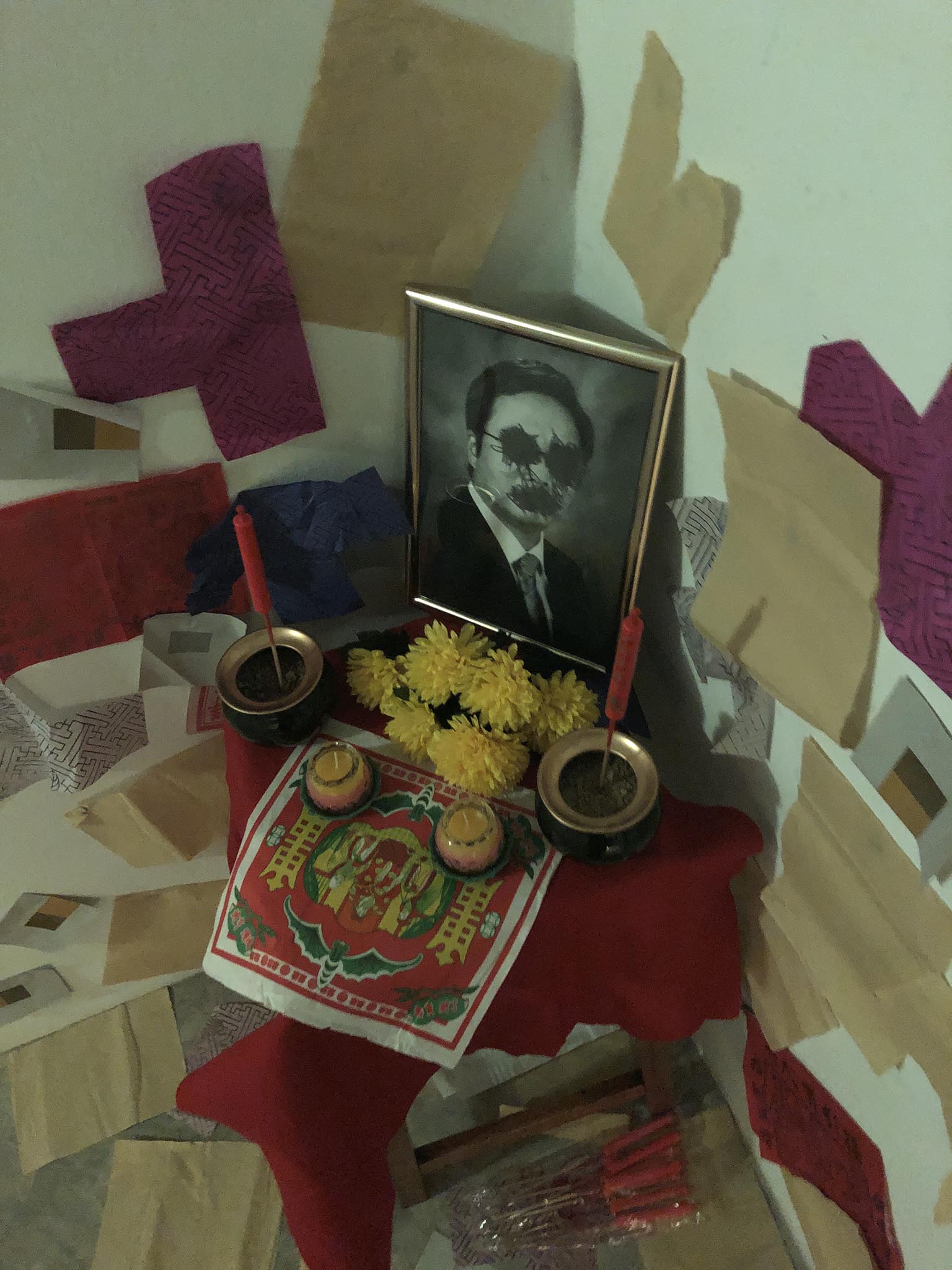 Most of the feedback I got from the class presentation can be summed up as “it’s very spooky.” That was the intention, so I’m marking it off as a success. The next step is to build on this project by adding audio-visual elements; my plan is to do more of the same so that I don’t ruin what’s already there.

This is the big one. The participants for my presentation reported being on edge, as though something was about to come down the stairs or out of the vent and surprise them. Adding spooky ambience to the altar and surroundings would enhance the sense of tension and suspense.

I plan to have at least 2 speakers in the final iteration of the project. One will be hidden inside the altar, playing very soft spooky ambience (such as one of the ambient horror soundtracks from tabletopaudio.com). As long as the speaker is hidden well, this can add to the sense of unease by making participants hear sound from something that isn’t supposed to emit sound.

The second speaker will be hidden on the second flight of stairs up in the stairwell, and play unnerving sounds at random intervals. Examples of “jumpscare” sounds played this way might include the sound of marbles dropping on the floor or the sound of a woman crying. The intention is to shock participants with sudden and unexpected sounds which seem to be coming from empty space. This creates a feeling of being “haunted” which is the intention of the project.

Unnatural lights, or unexpected changes in lighting, can sell the idea of a haunting or presence. I most likely won’t place any obvious LEDs as the creep factor of the altar is reduced by components that are obviously artificial. Instead, I might use LED candles to create flickering lights illuminating the altar. I can also cover the stairwell lights at random intervals to create a sense of uncertainty and scare the participants.

The altar in its current form is relatively devoid of context. One possibility for making the altar more unnerving is to attach some kind of story to the altar, which can prey on our more cerebral fears. For example, I could change the portrait to one of a child and put children’s toys on the altar, implying that the altar is for a premature death or aborted child. This makes the altar creepier because of the incongruity between childish innocence and death, and because it evokes our own fears of losing our children.