This project was a really fun and interesting, and I really enjoyed the process of researching, ideating and refining the concepts for a logo form based off my chosen animal, the electric blue gecko! I chose this animal because of its striking color and adorable face. I felt the physical attributes and form of it was also interesting to work with, especially since not many people know about this unique little creature 🙂

To start off, I did some research into the chosen animal and found the following interesting facts:

With this information, I began brainstorming and churning out ideas for the potential graphic associations that came to mind:

After ideating, I realised that the graphic form could be used to associate with the following brands/industries due to its physical attributes and characteristics:

I also did some research on existing gecko logos, as well as other animal logos to see the type of designs that already exists on the market. 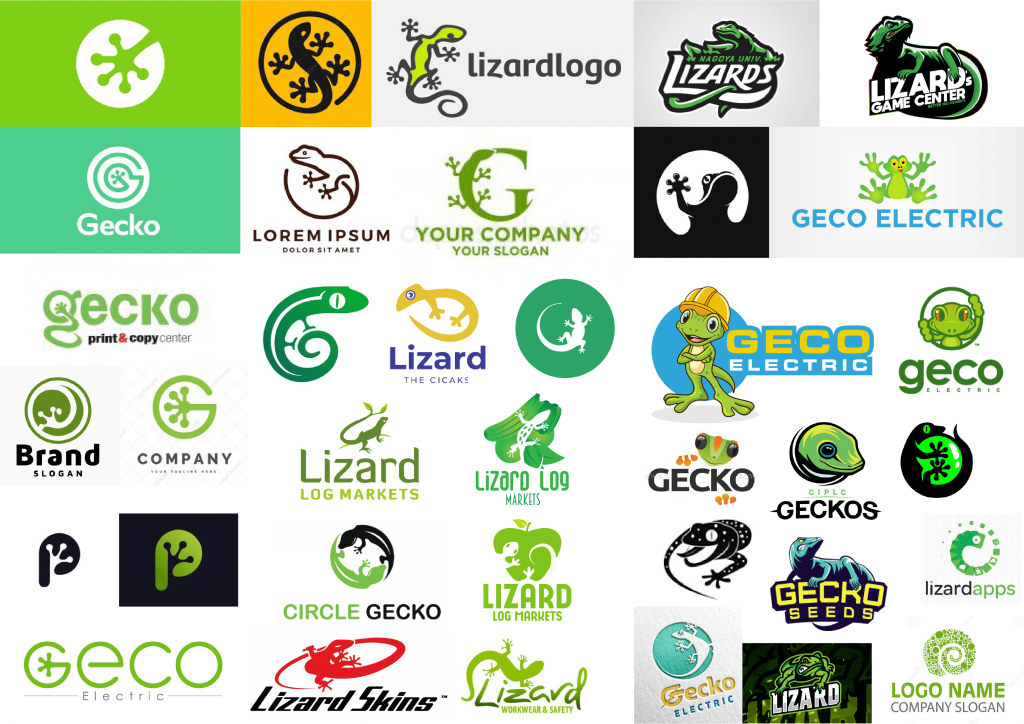 I realised that among all, the color green was commonly used to depict the gecko icon, with majority of the forms being more feminine and organic in style. I was definitely drawn to this, but at the same time was inspired to create something more minimalistic in perhaps a different color, that could contrast the existing designs.

With that I started to work on the 20 sketches, building on the earlier physical sketches made of the animal earlier. 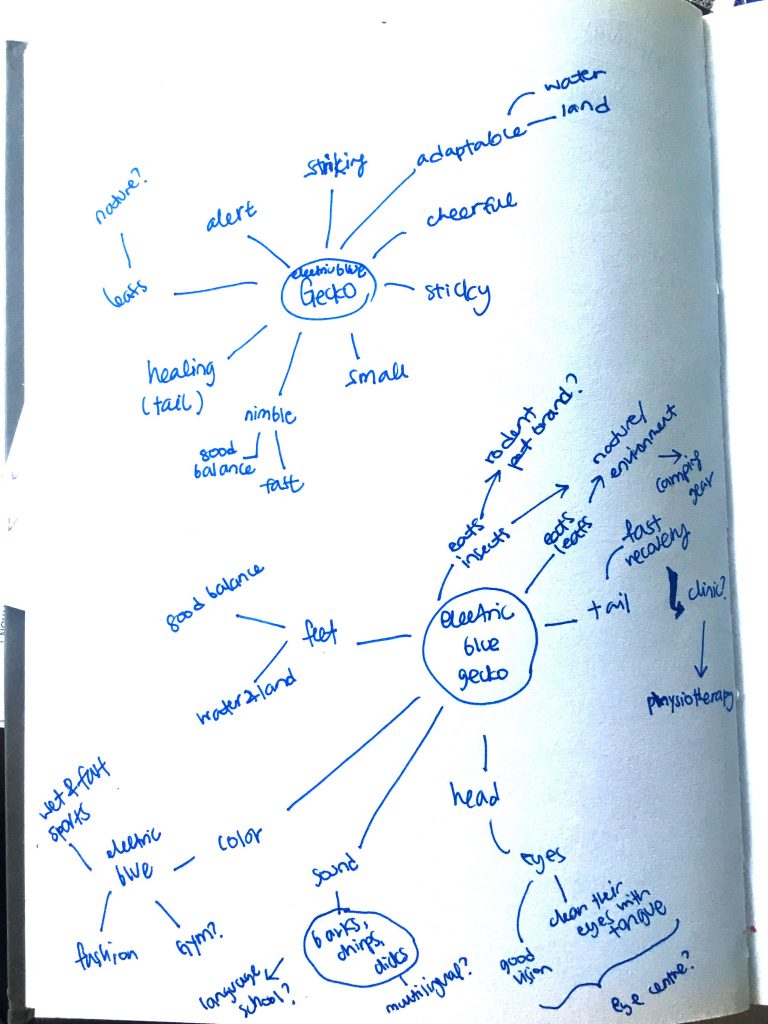 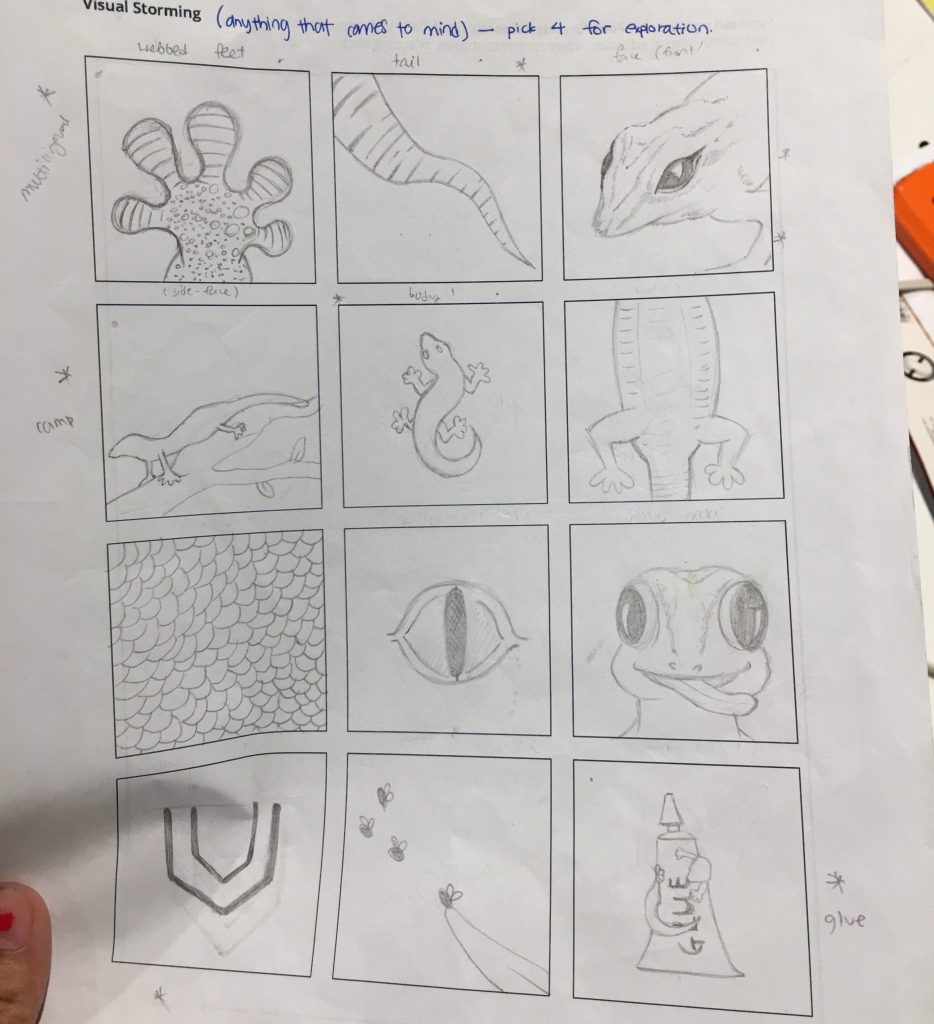 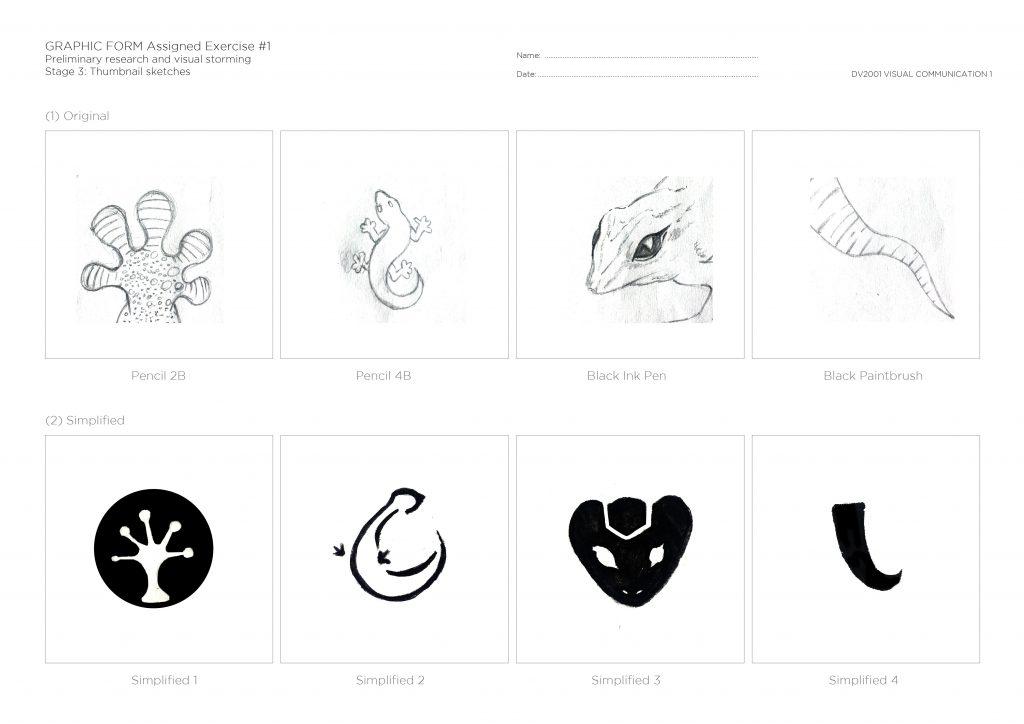 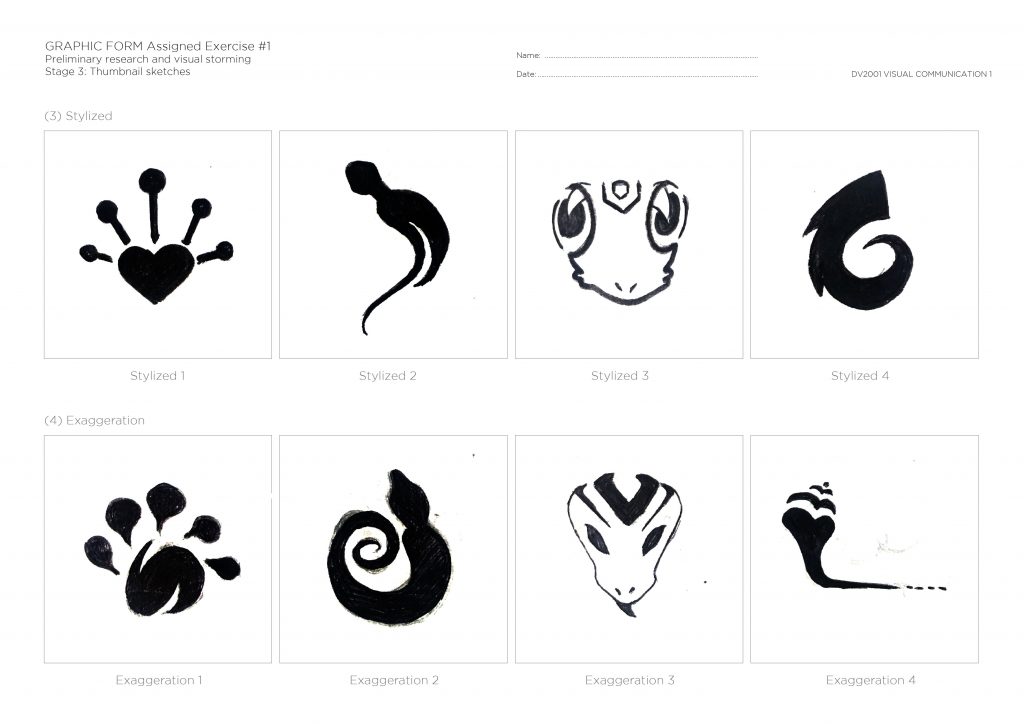 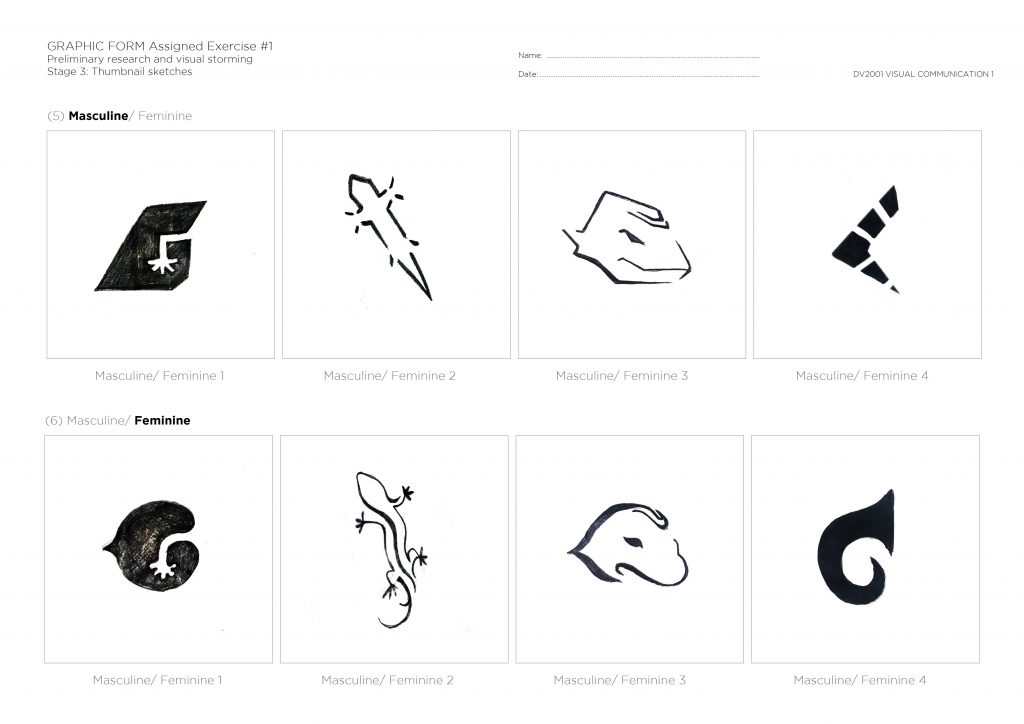 After consultation and feedback from Lisa and friends, I decided to select these 3 options to work upon for my refinement process: 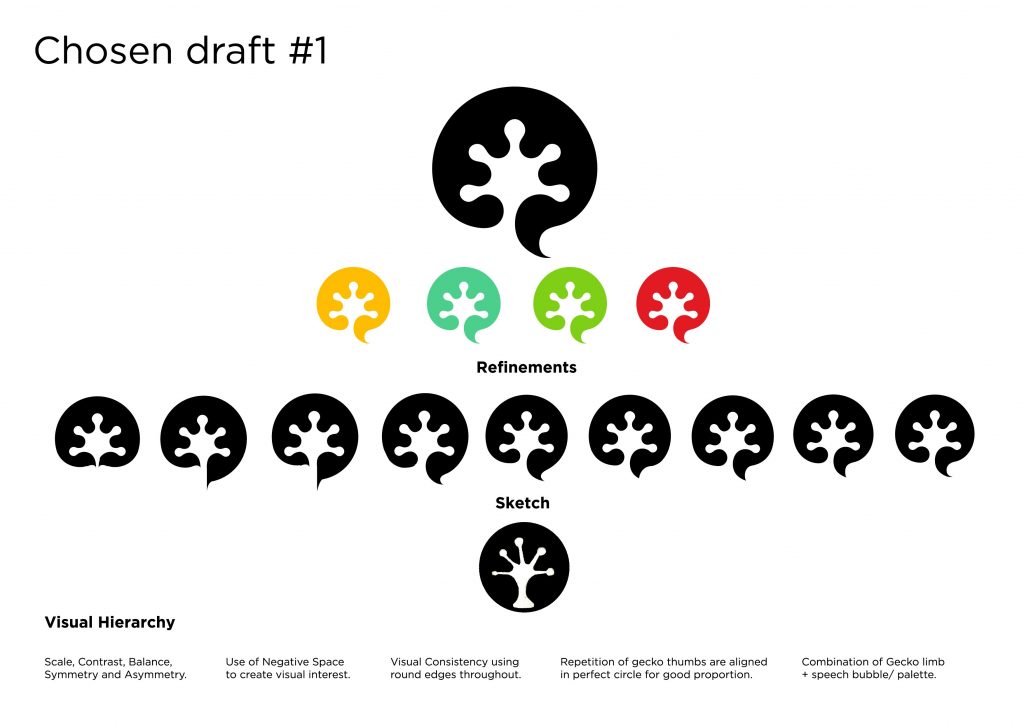 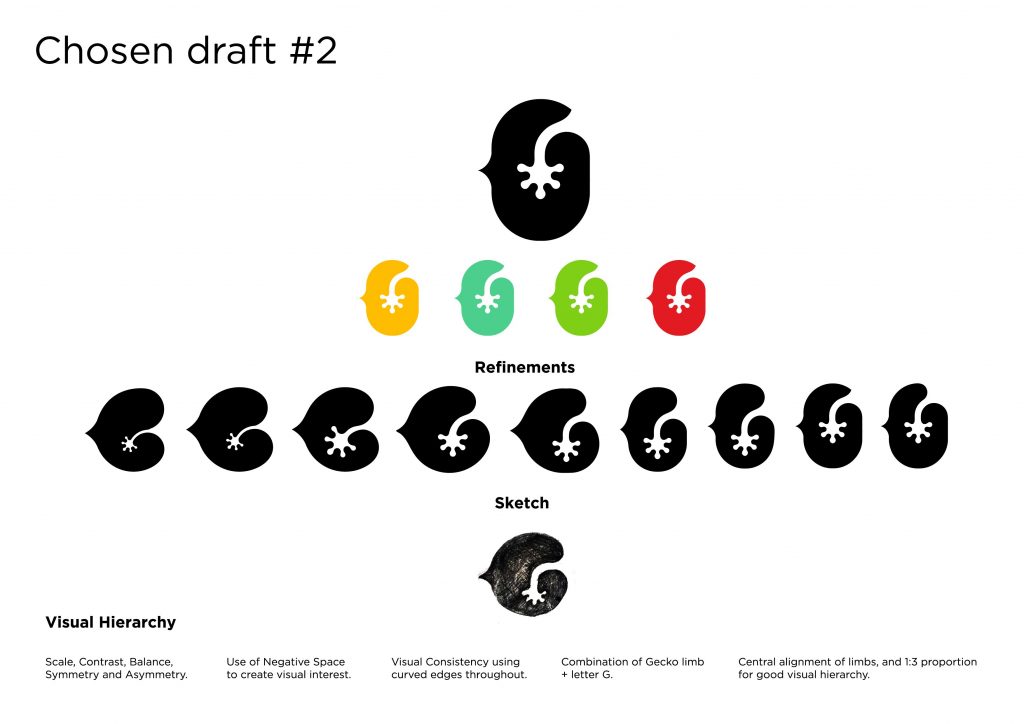 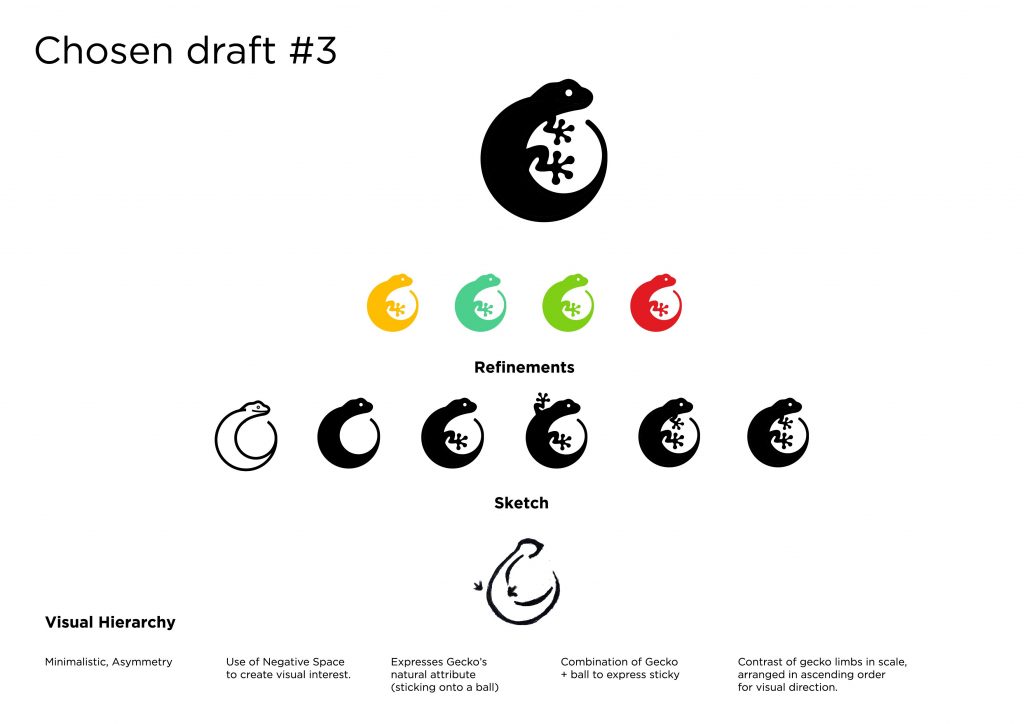 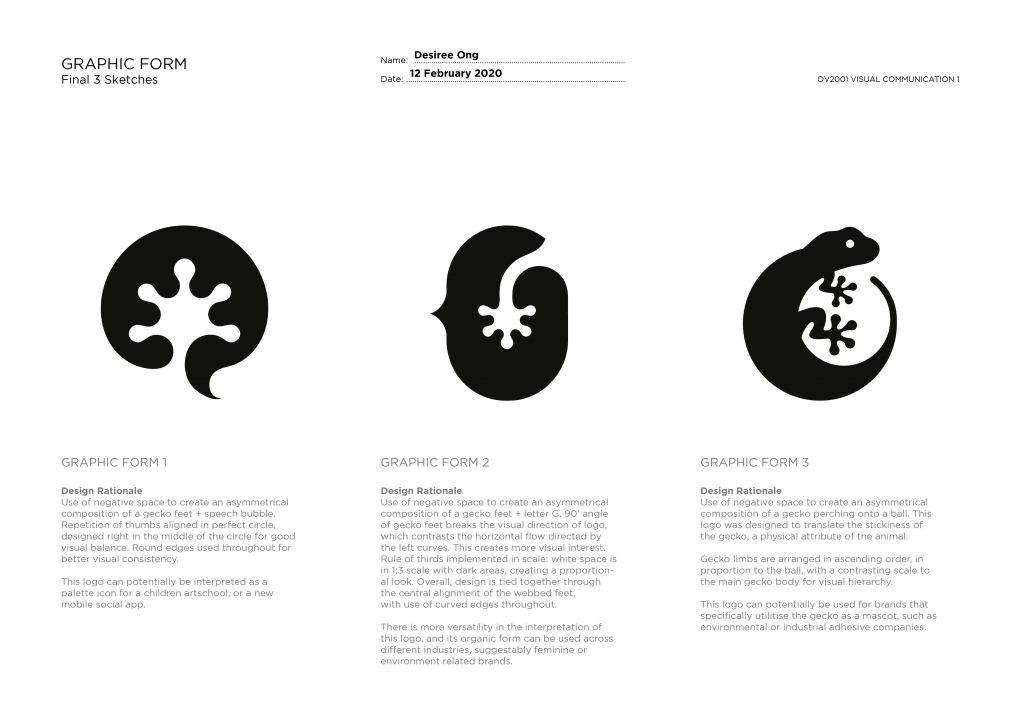 After another round of consultation and feedback once again by Lisa and peers, I continued to work on refining the visual depicting and proportion of the selected logo based on some of the ideas given. 🙂

Inspired by logotypes that utilise visual elements, I decided to combine the letter G with the second option (as seen above – bottom row). 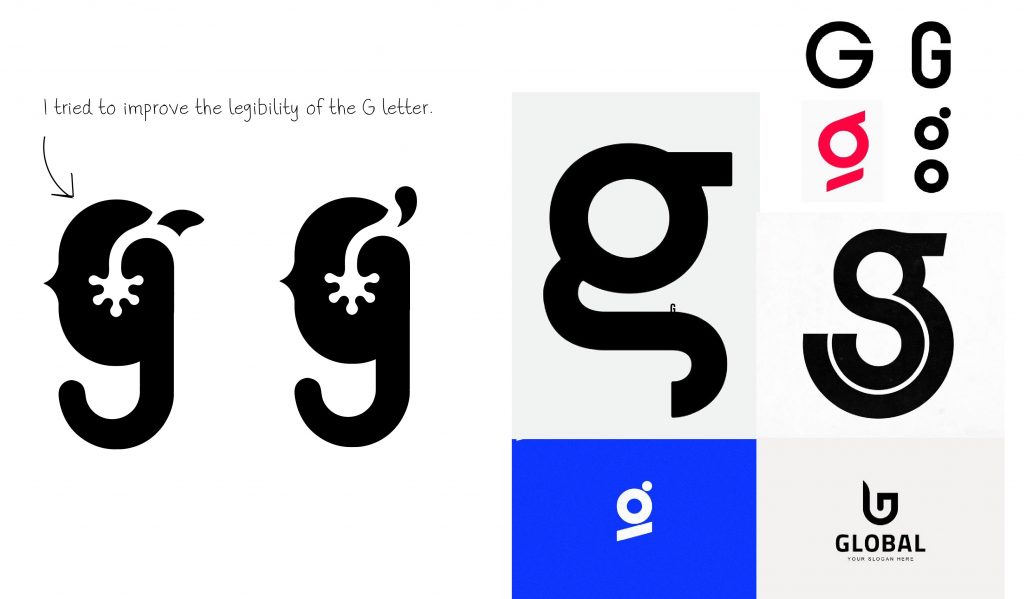 Between these 2, I really like the organic feel of the lizard body, but felt that it is too literal and does not portray the abstract idea of a “G”. The second concept seem to work better, as it not only presents the physicality of the animal, but also leaves room for interpretation especially with the influence of colors (see: color experimentation) 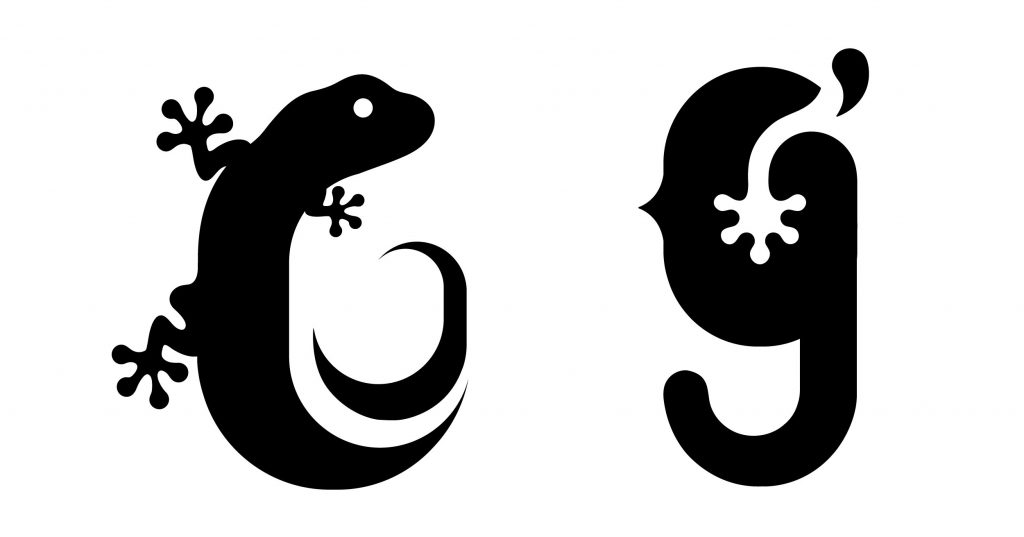 Color Research / General collection of brands that use the various color combinations. 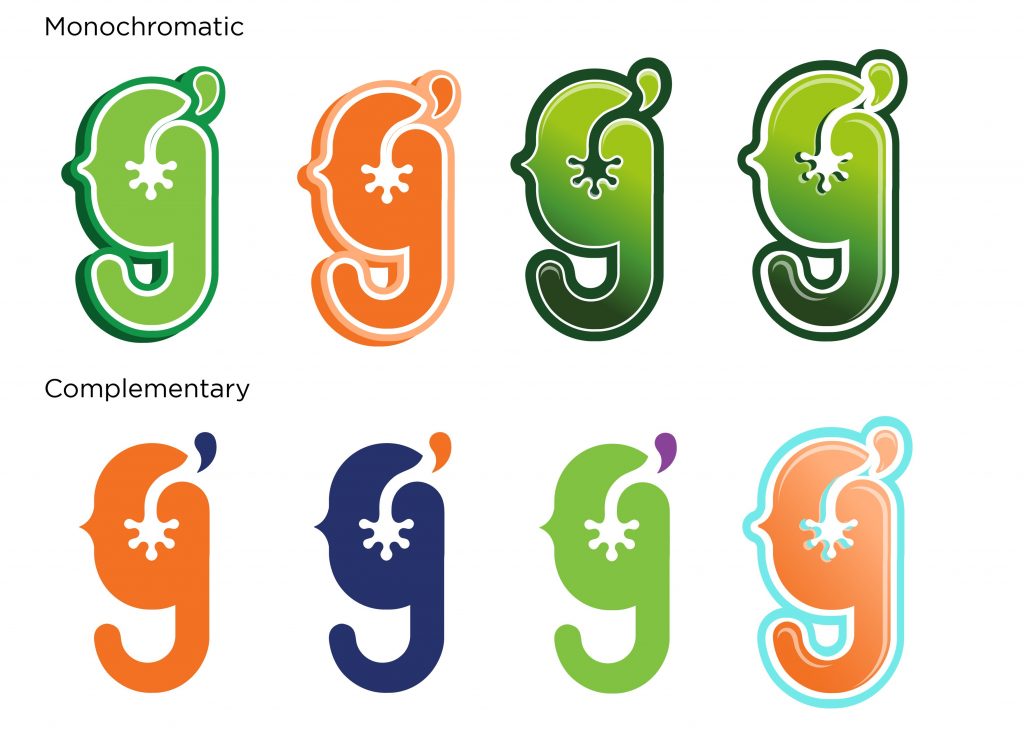 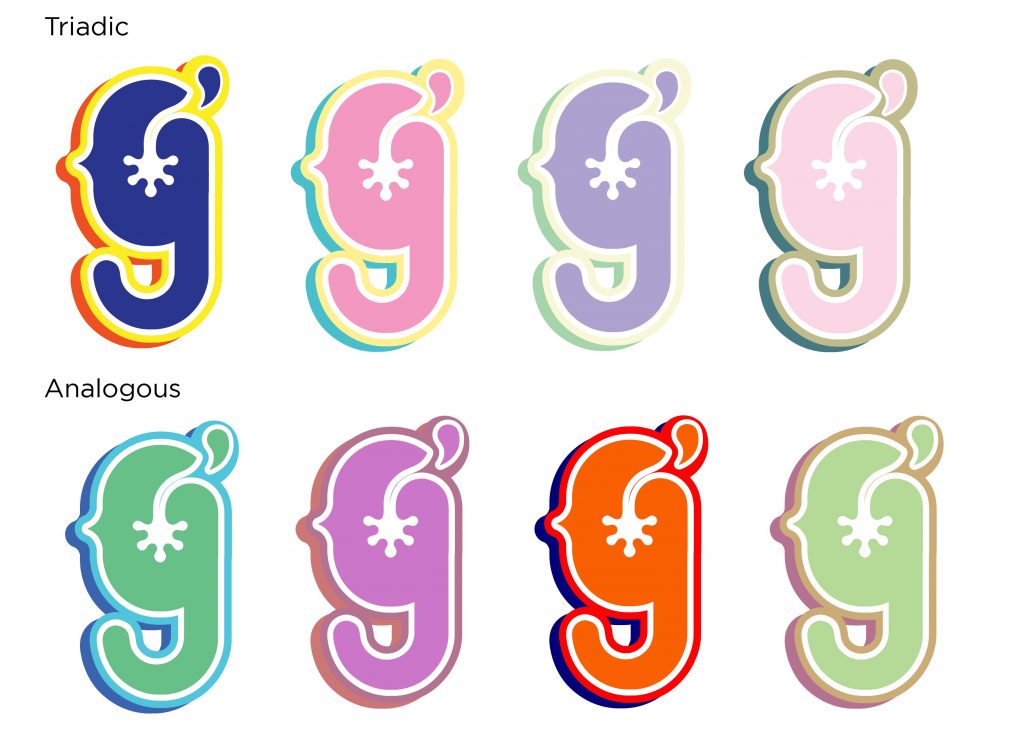 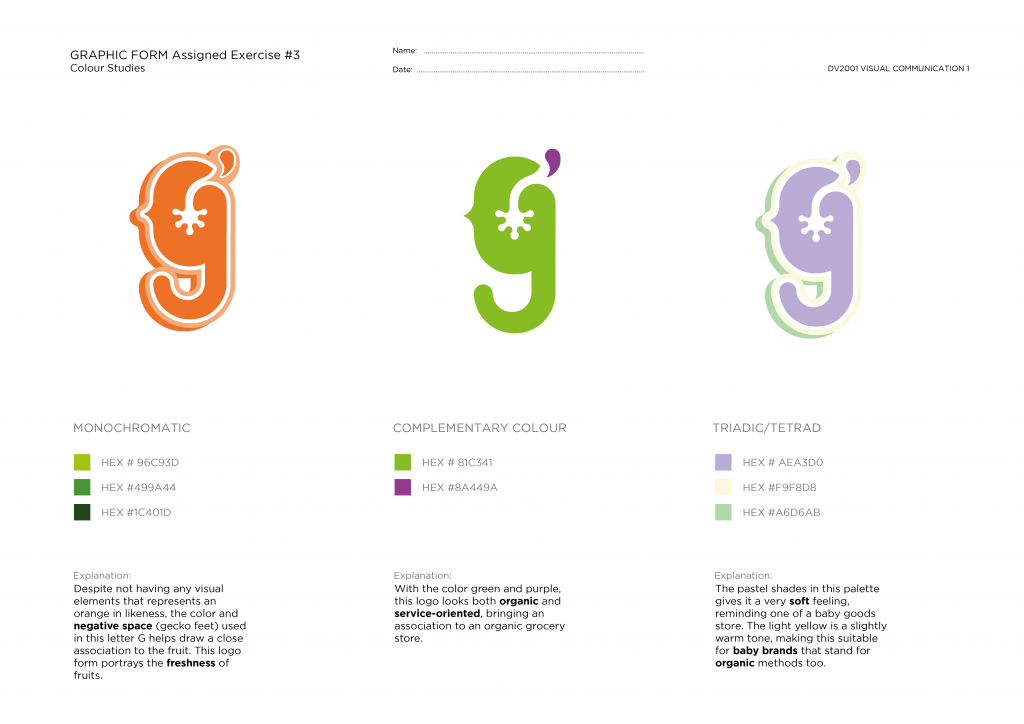 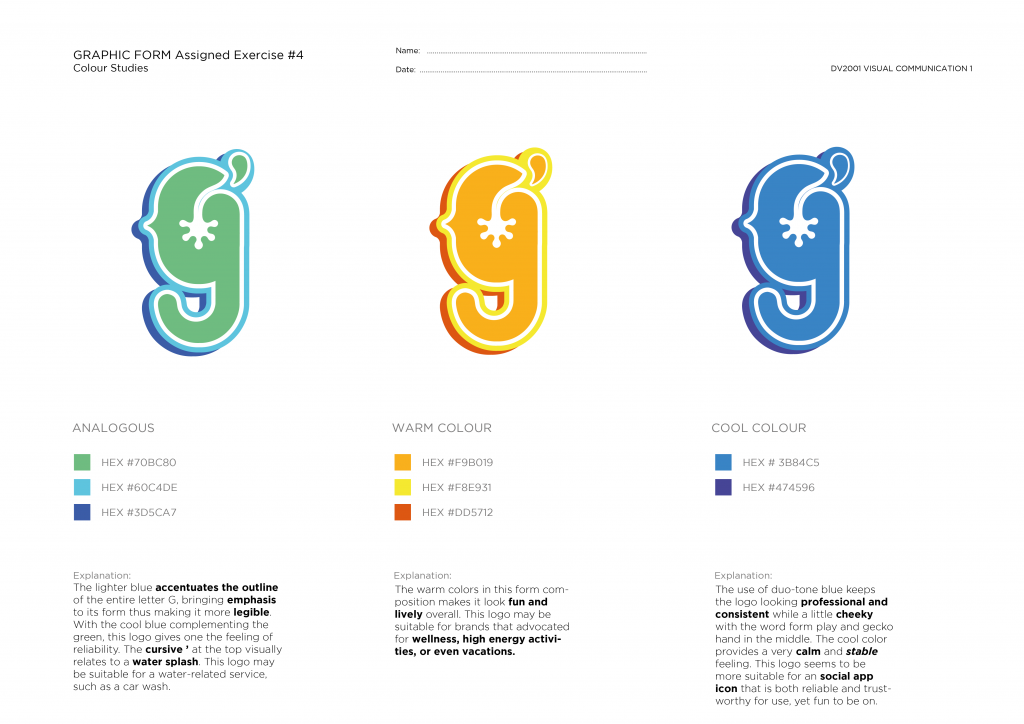 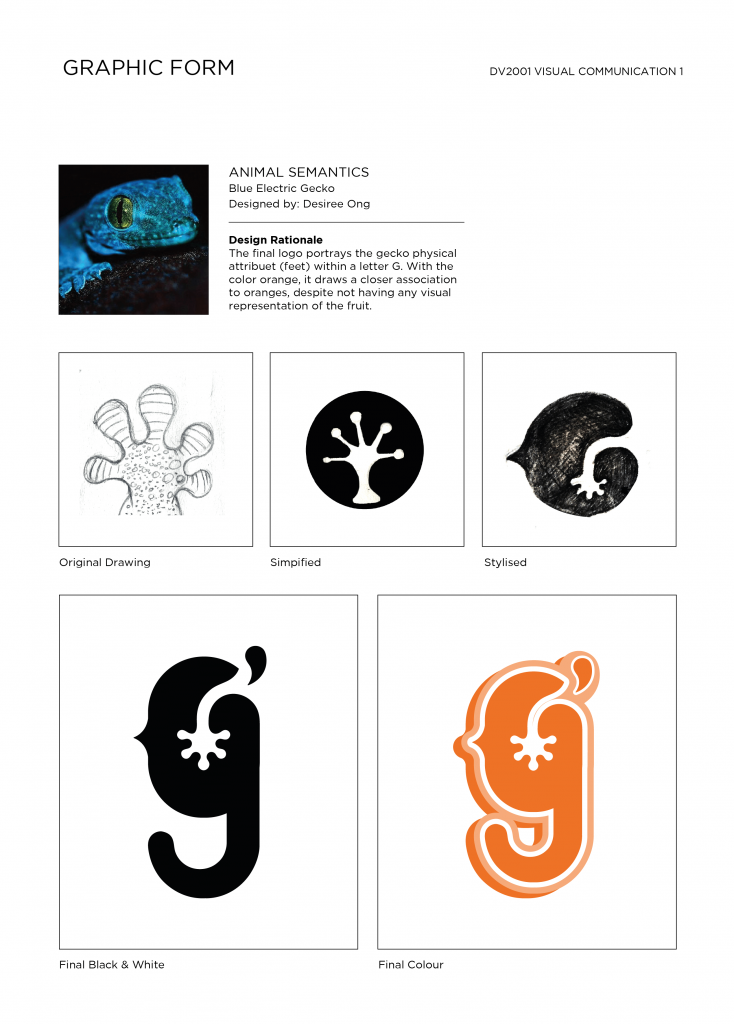 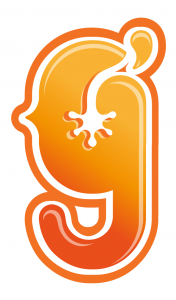