Project 1 was to work with strings, to create a 3d model

My thoughts on the project was that it was going to be annoying, and indeed, it was! Sewing with a needle and thread goes under the “meticulous work which is easy to mess up and undo” and “self-harm” category which I’m not a big fan of. Here, I plan to create a mythical wyvern, which will look like a hybrid between a lizard, a scorpion and a seahorse.

The first step begins with imagining the shape and drawing an outline on the plastic sheet. Then I cut it out and prepare to create the structure. 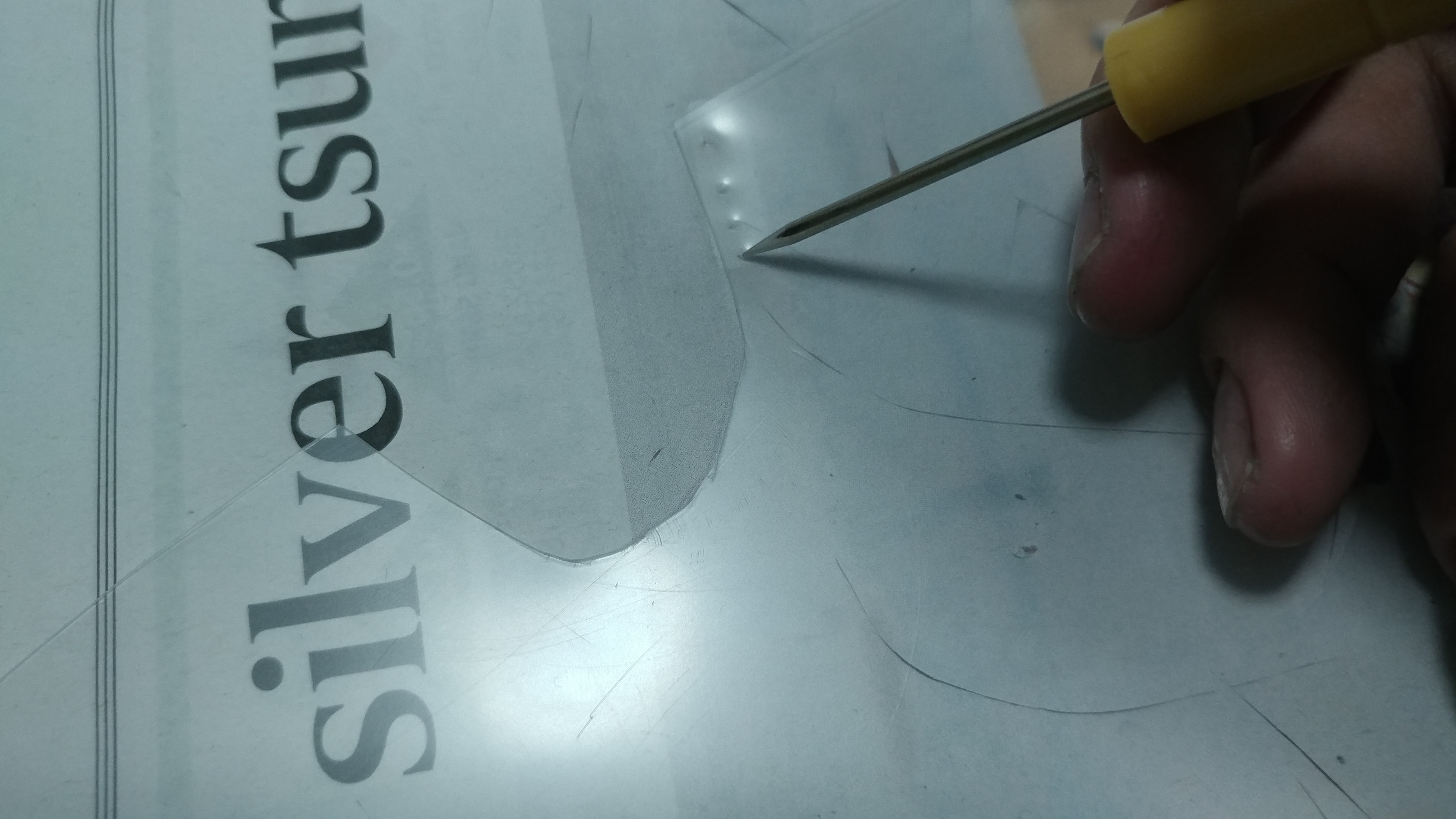 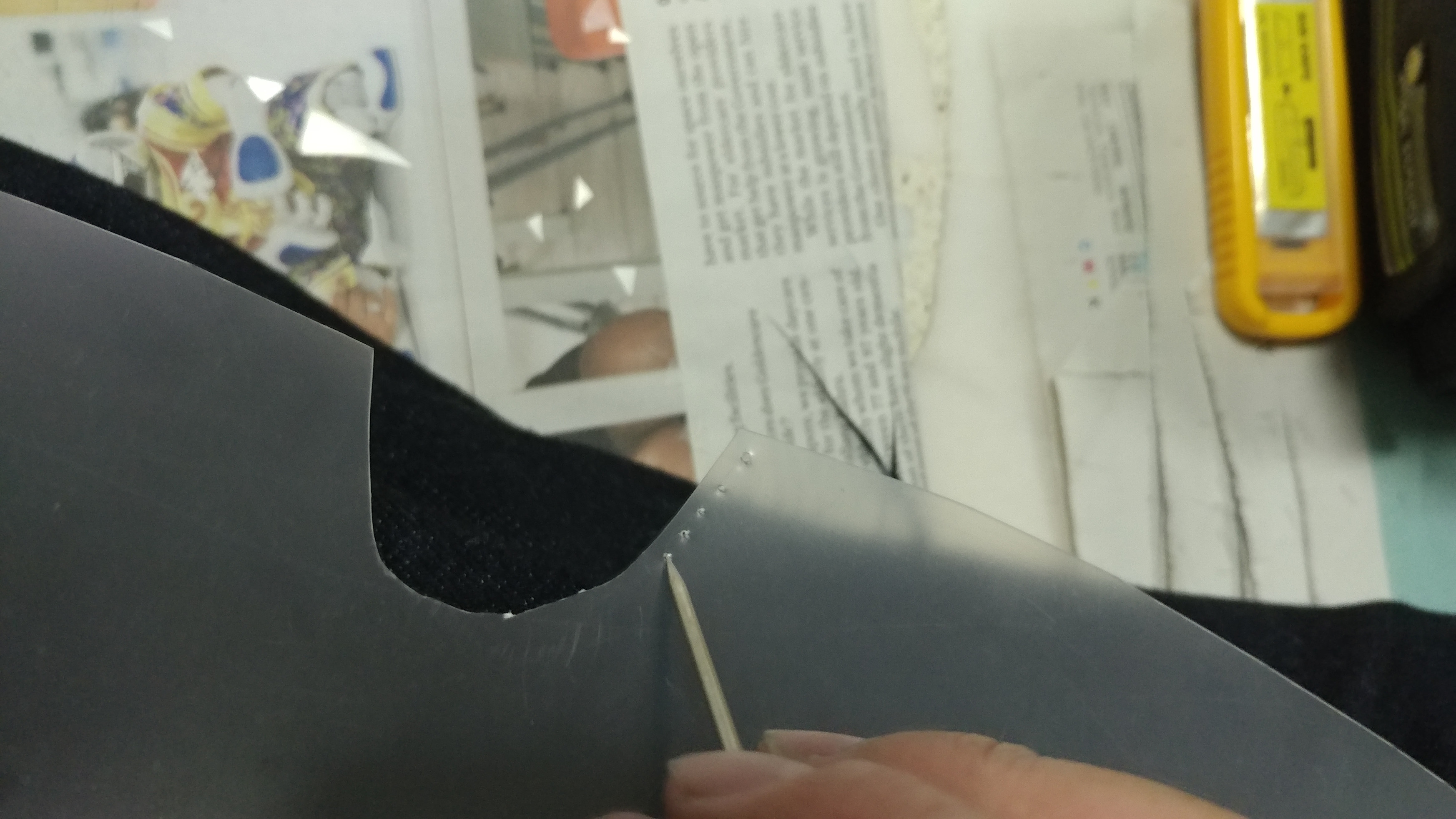 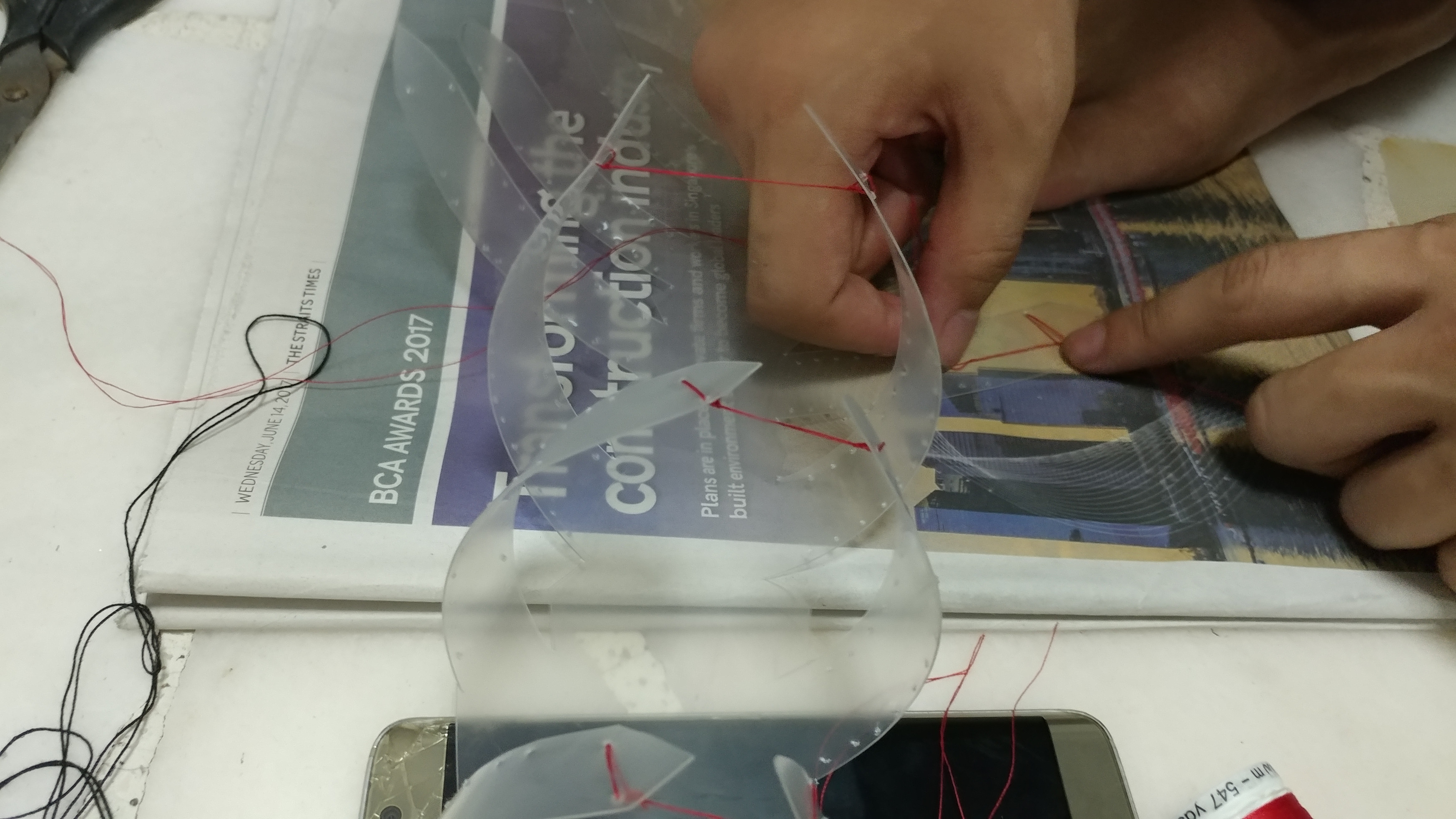 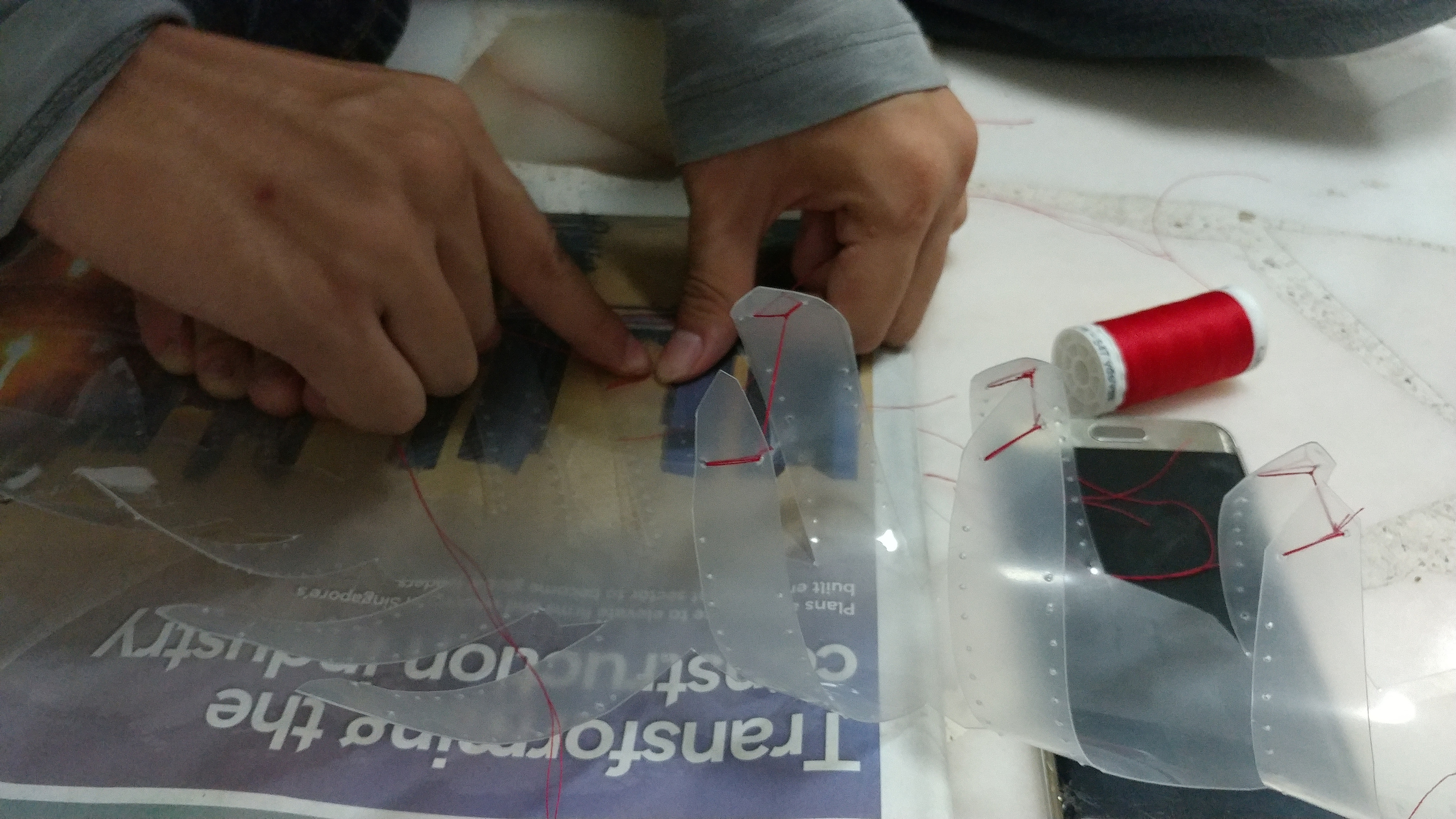 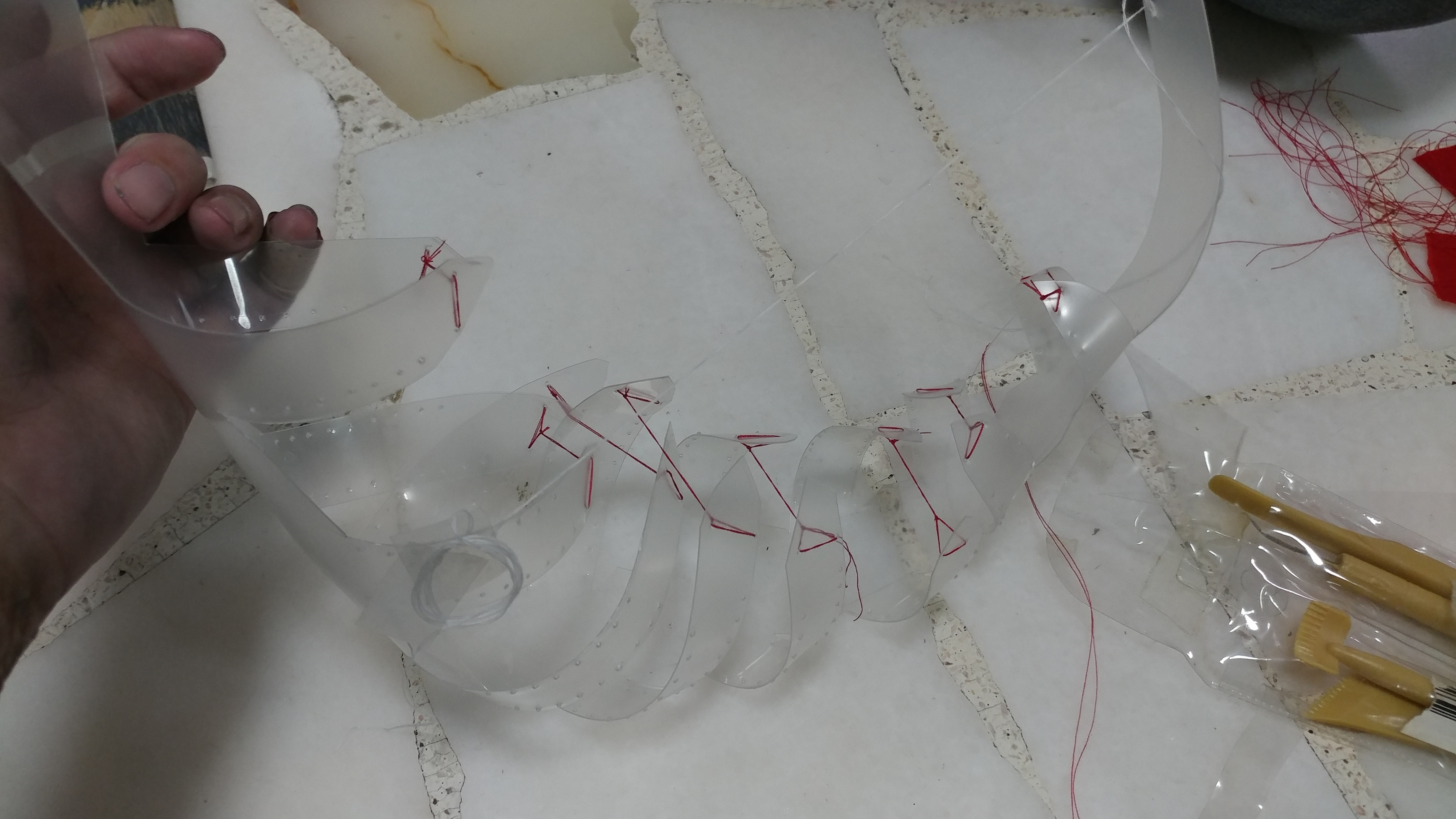 To give the structure more form, I begin sewing the ribs of the wyvern. The wyvern is becoming increasingly visible as I do this. 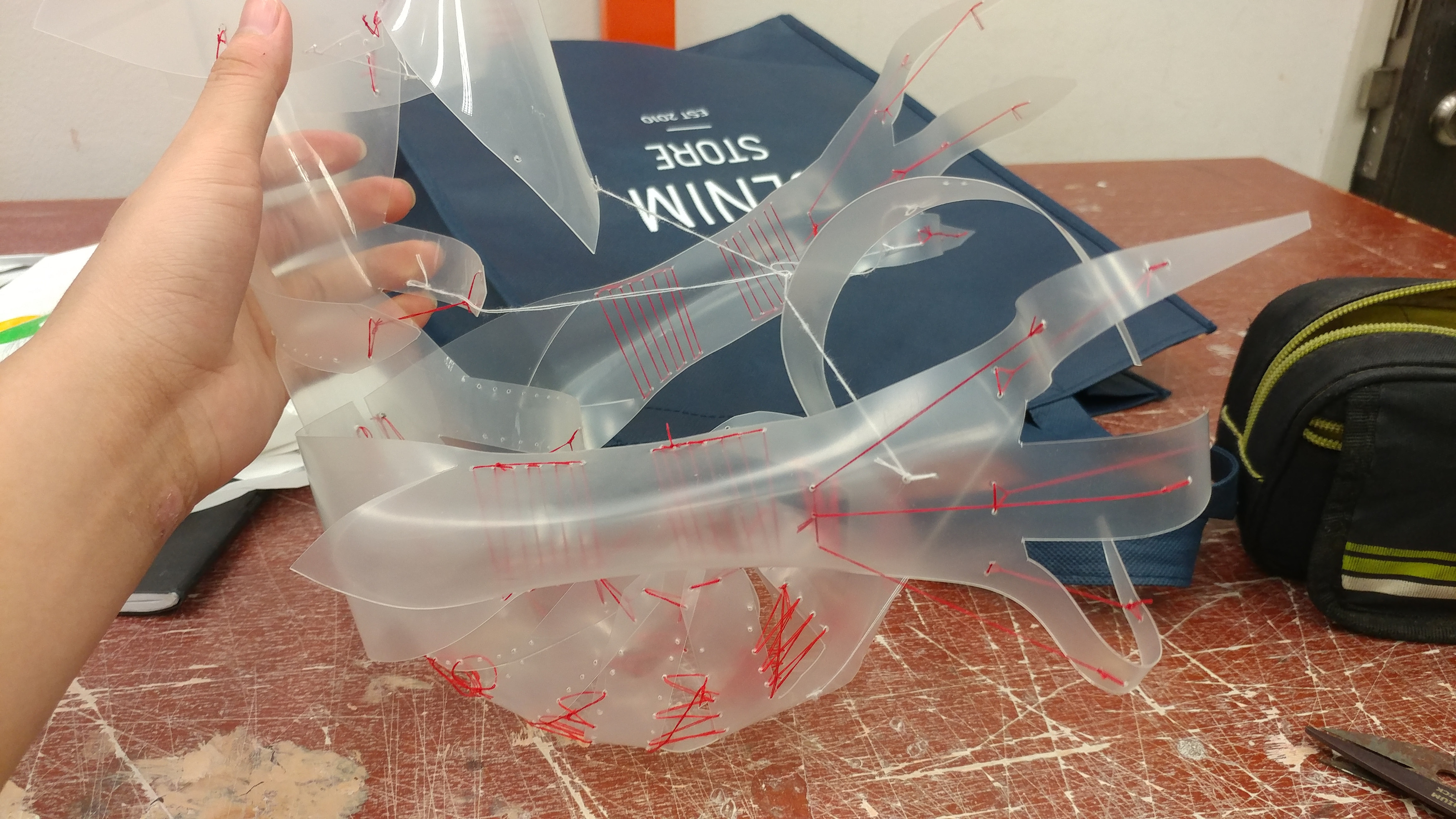 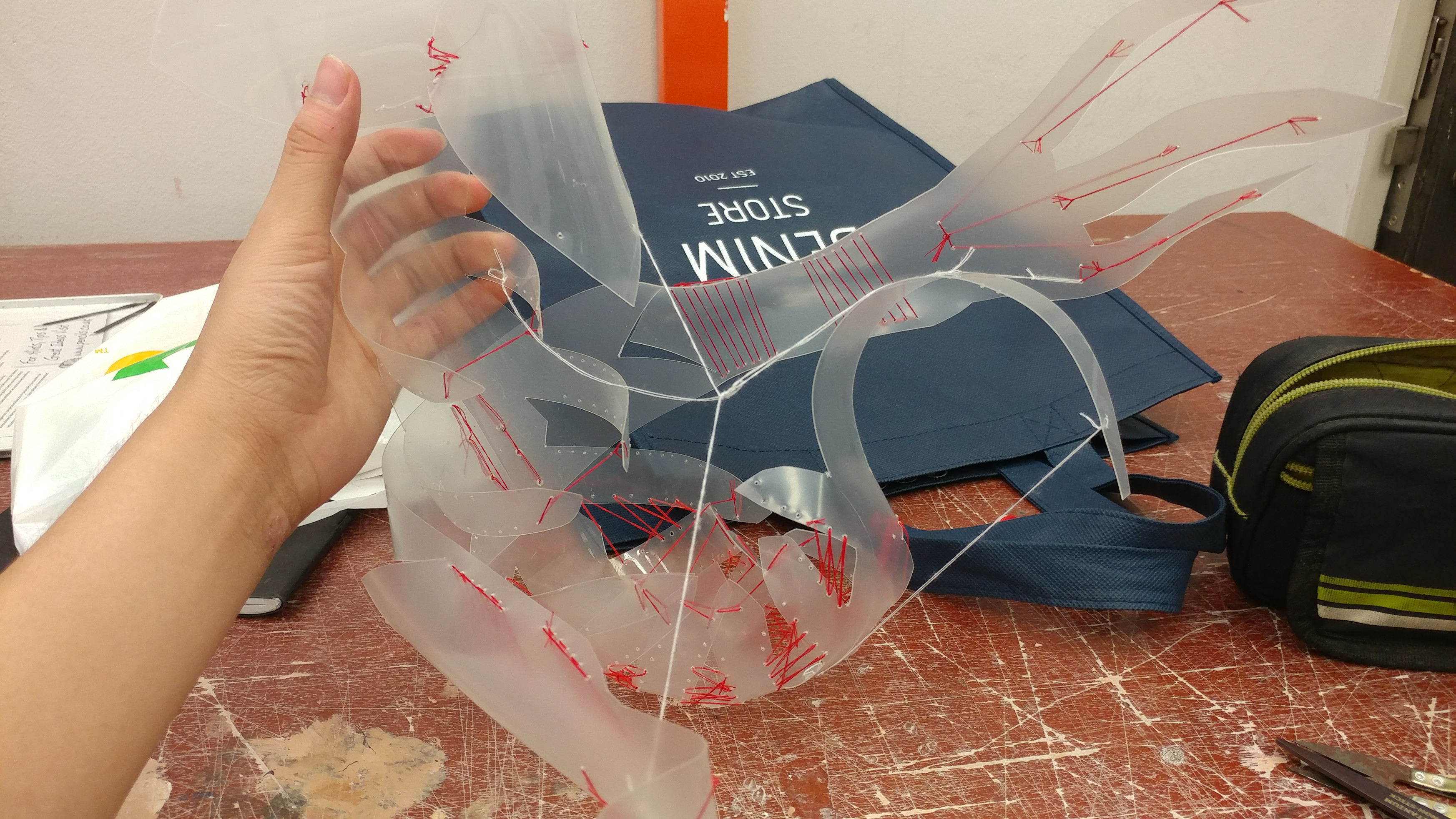 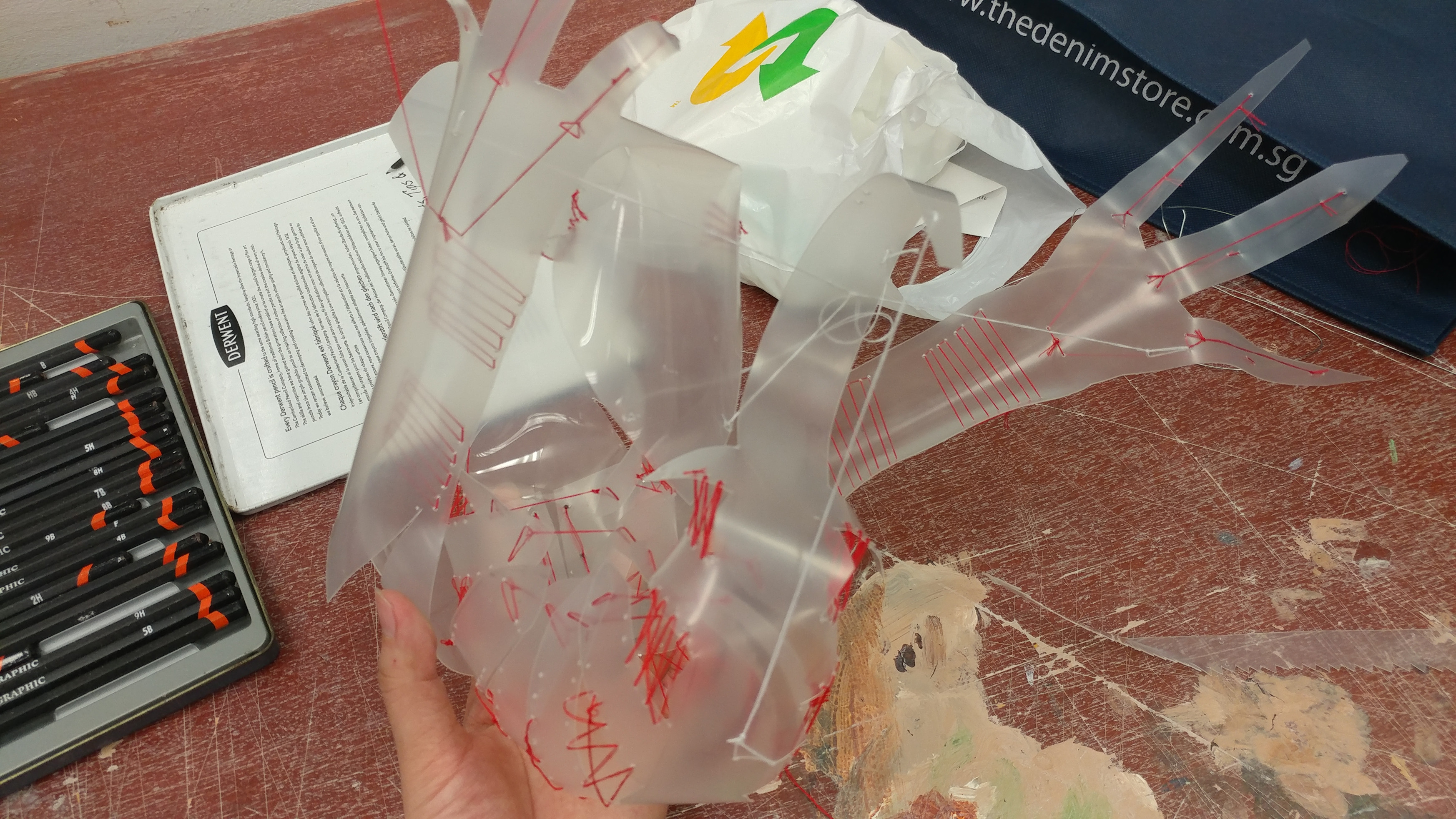 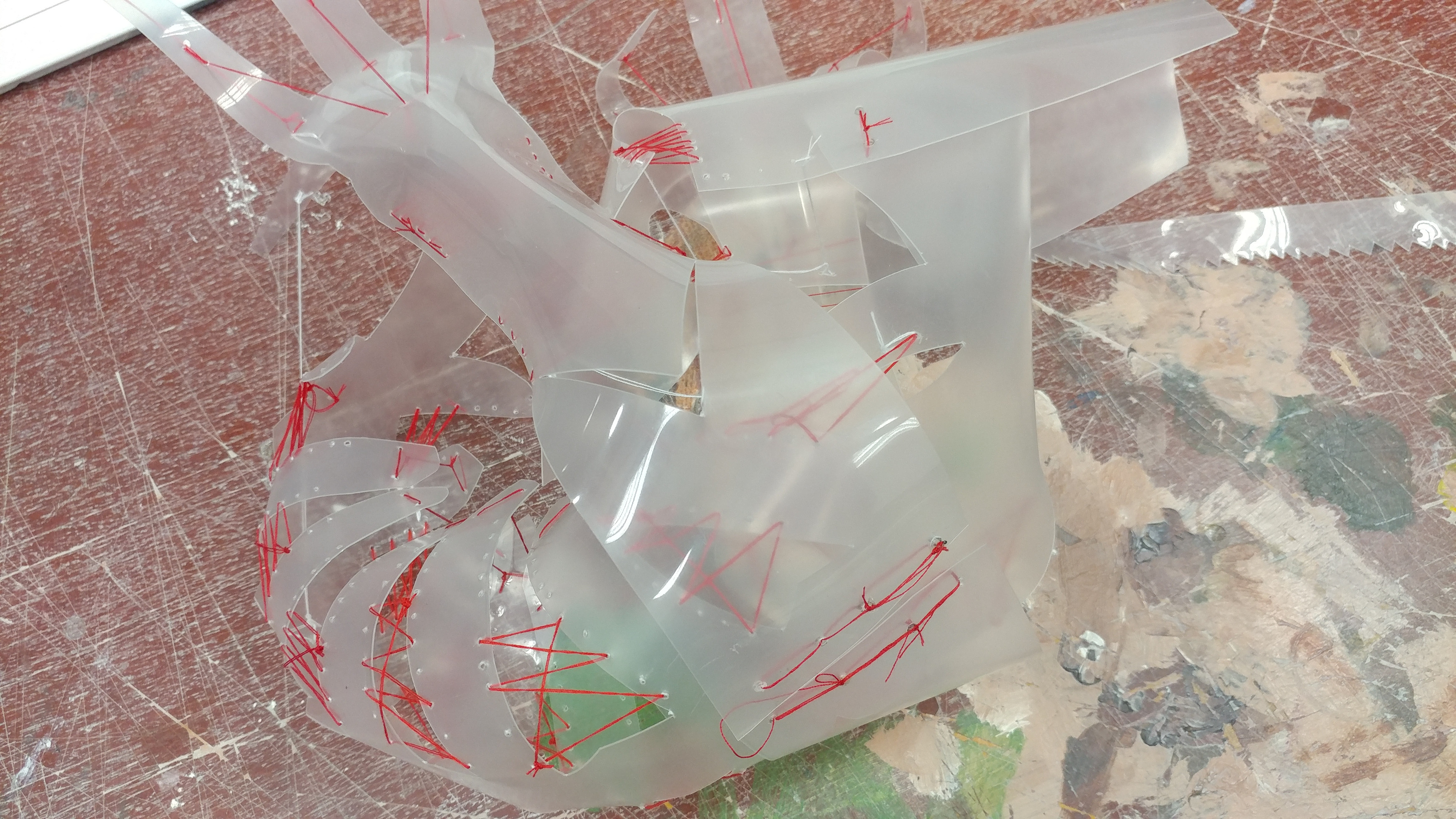 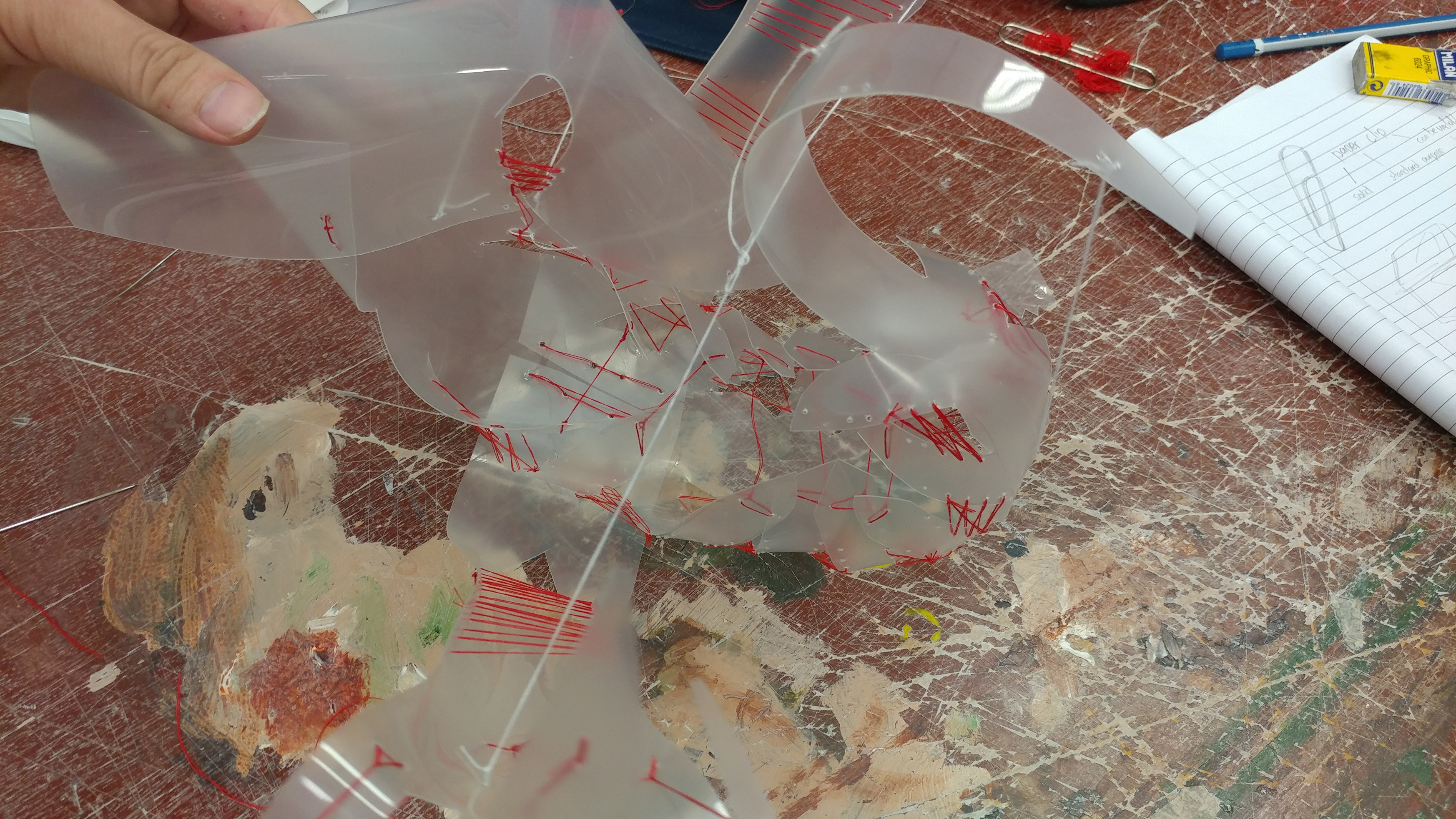 To complete the shape of how I pictured it, I used a red string to flesh out the body, the red string resembled body muscles and also gave the transculent wyvern more colour; white string which was less visible was used to bend the limbs, body and tail, this allows the wyvern to curl inwards, creating it’s final pose. 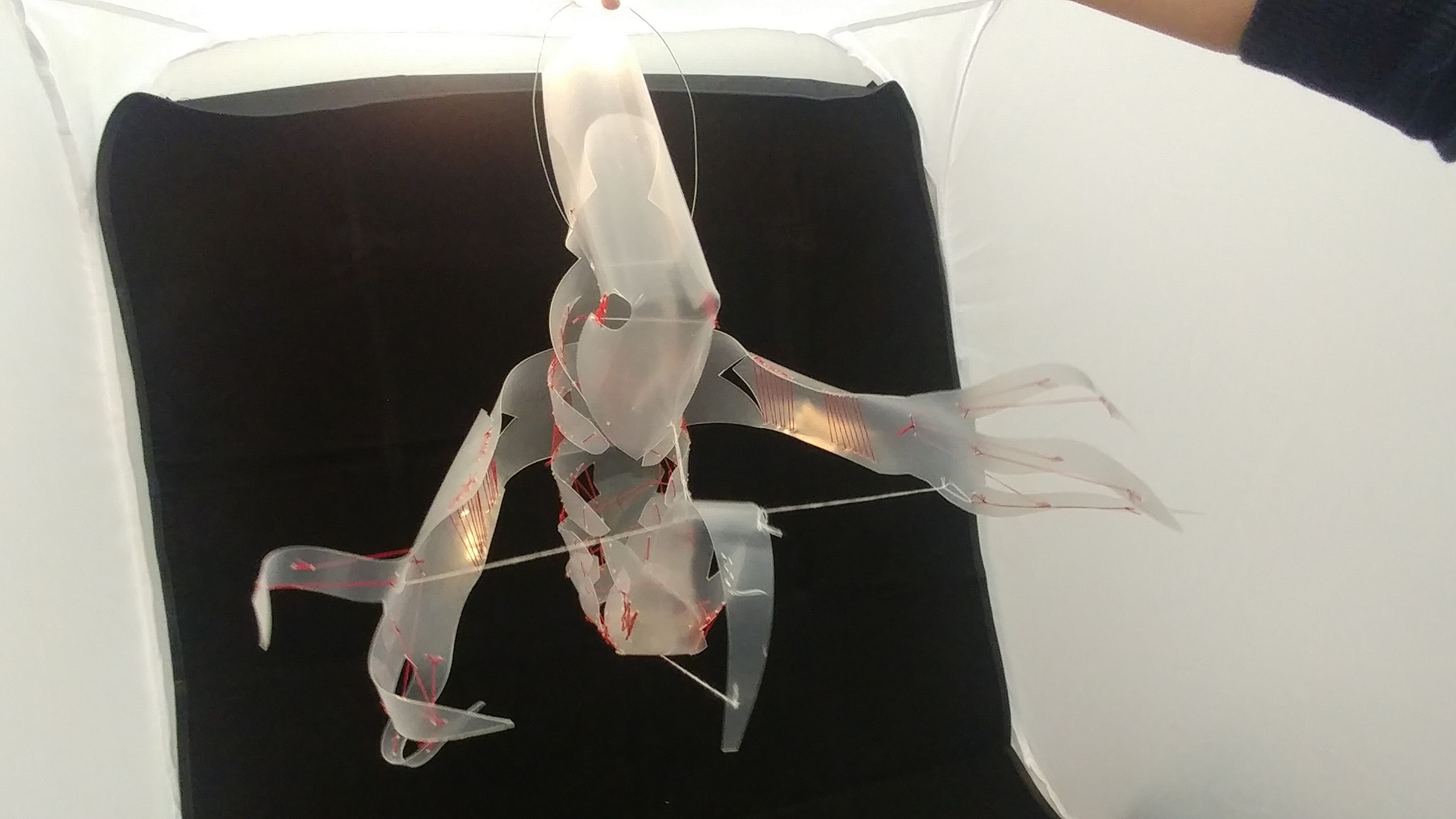 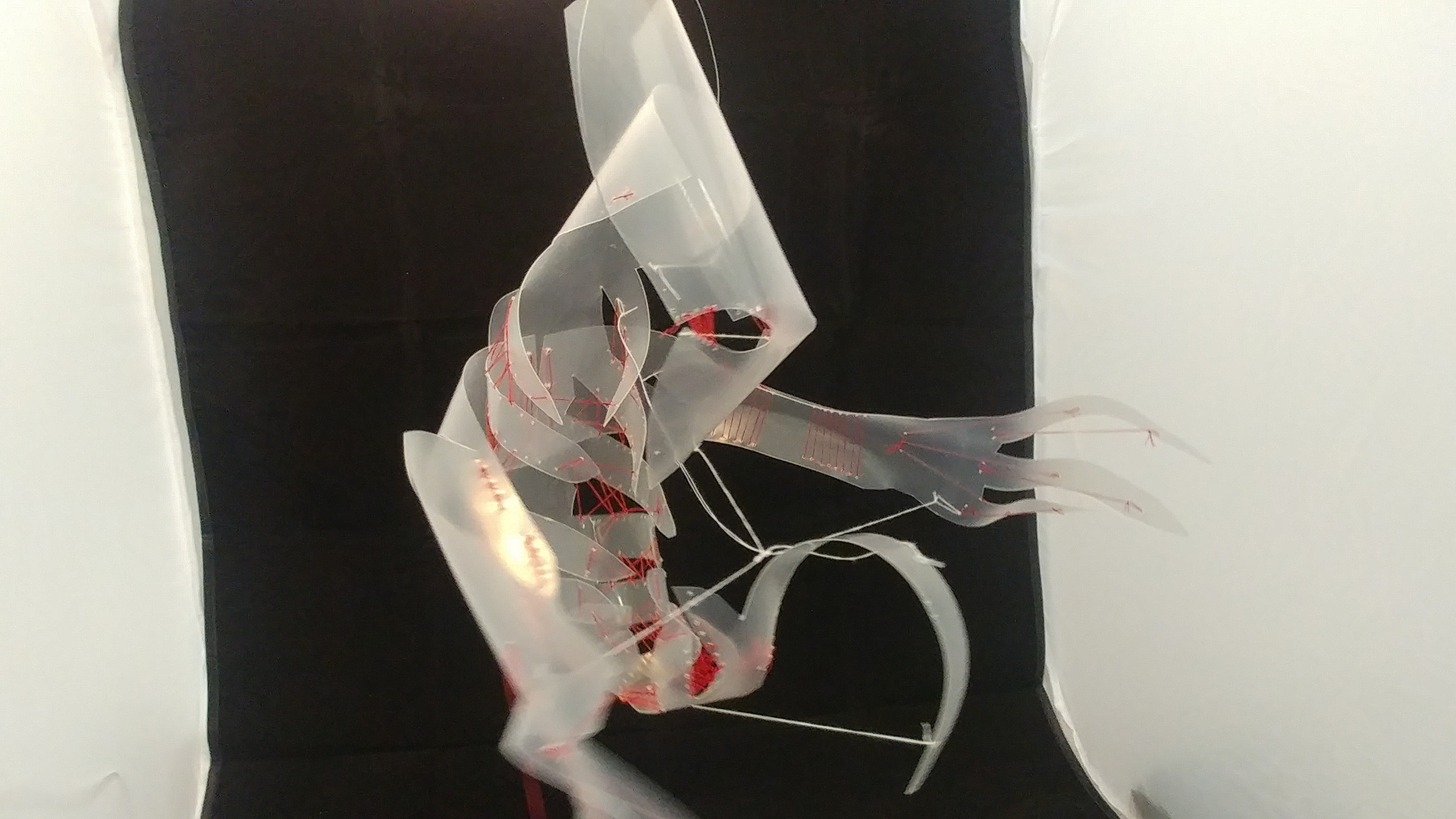 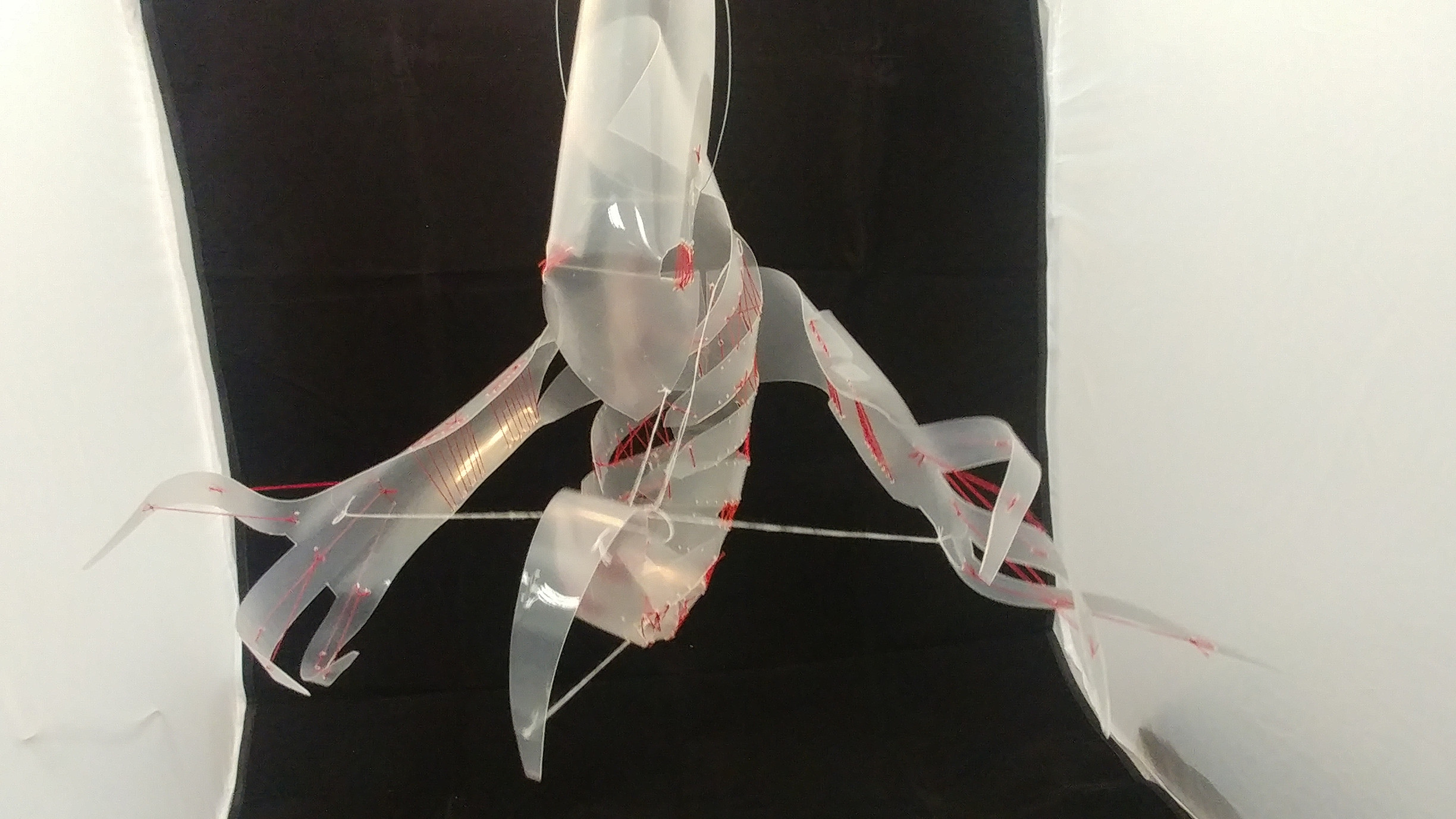 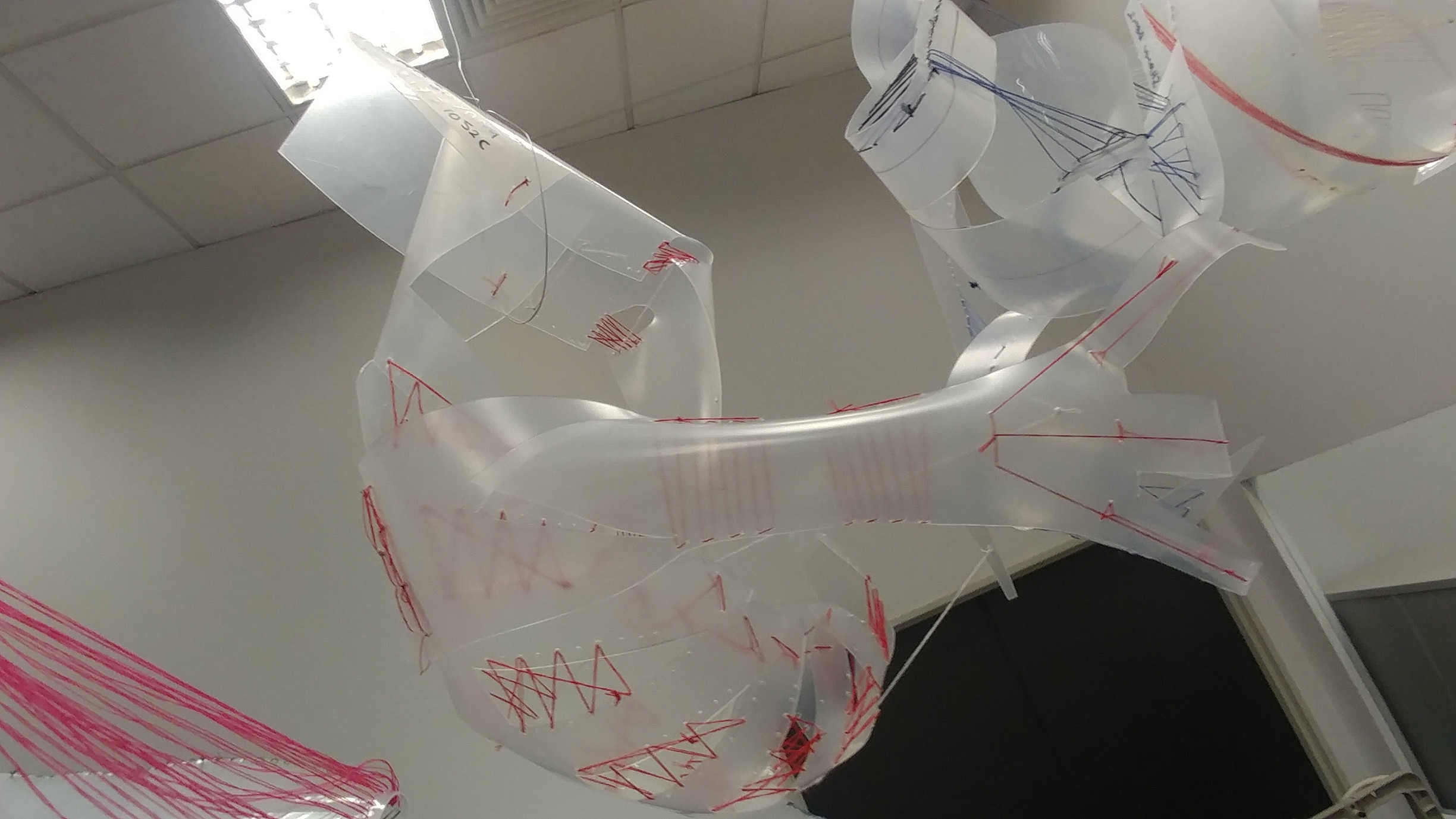 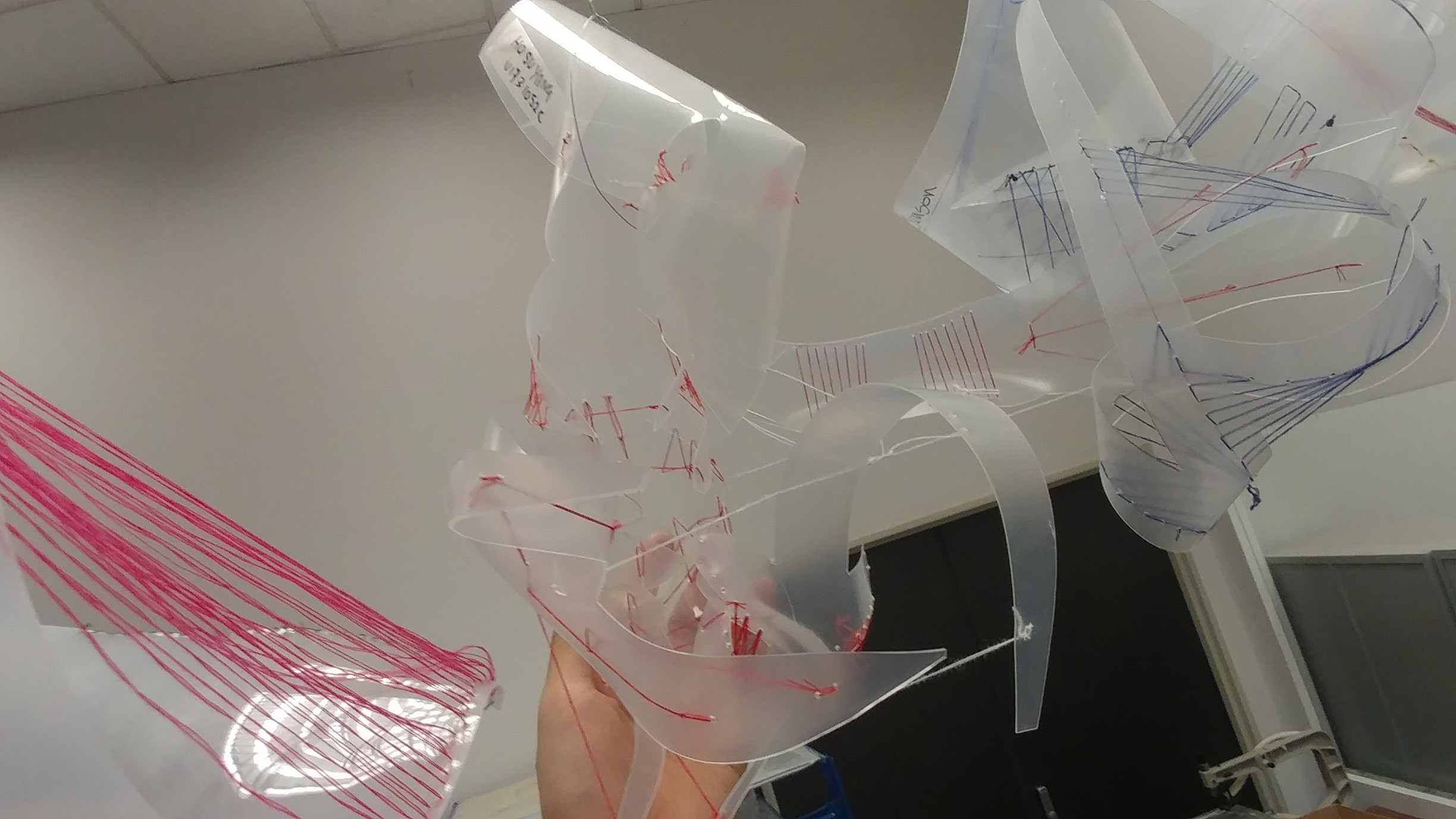 I have mixed feelings about the project. While it was freeform, the restrictions to a sewing medium sure brought a lot of pain (emotionally and physically, needles are prickly). While sewing does create a unique since of a product, I’m not the dexterous person around, and I spend almost as much time repairing broken threads as creating new ones. I do enjoyed working on most of it, but I’d appreciate if I never have to sew another project again hahahahahahaha.