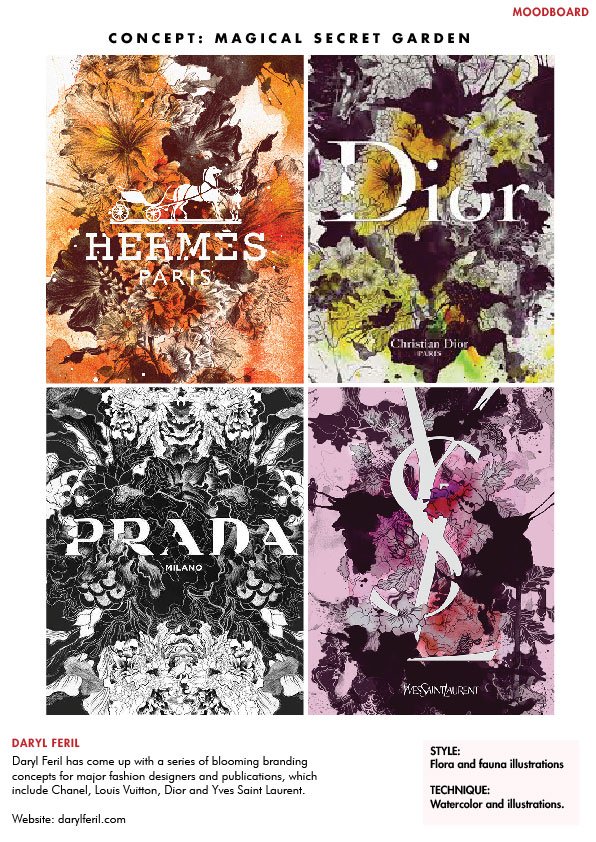 Concept 1 explores the hidden magical garden that exists outside of real world and thus, it focuses on the details and intricacy of the flora & fauna. Daryl Feril works combine 2 techniques: Illustration and watercolor effect. Hence, concept 1 could be the illustrations + acrylic pour technique. 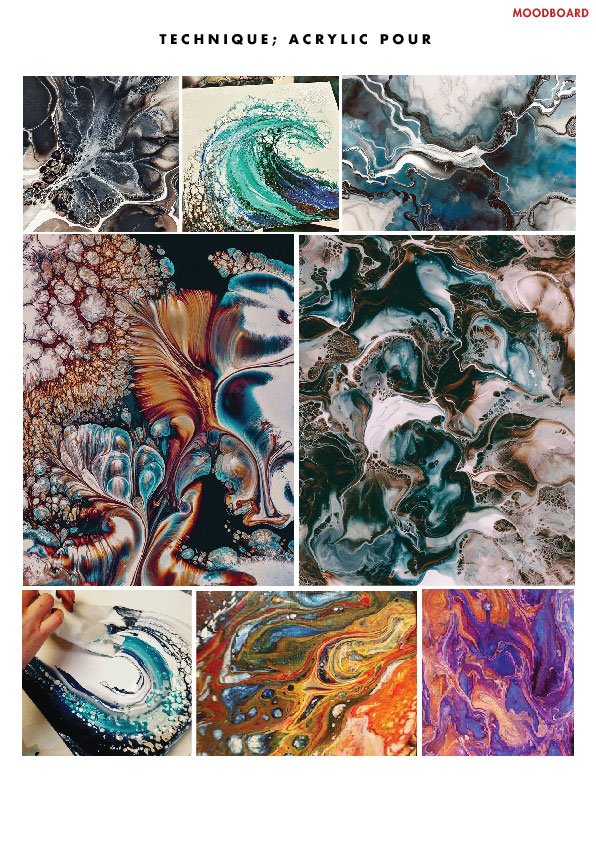 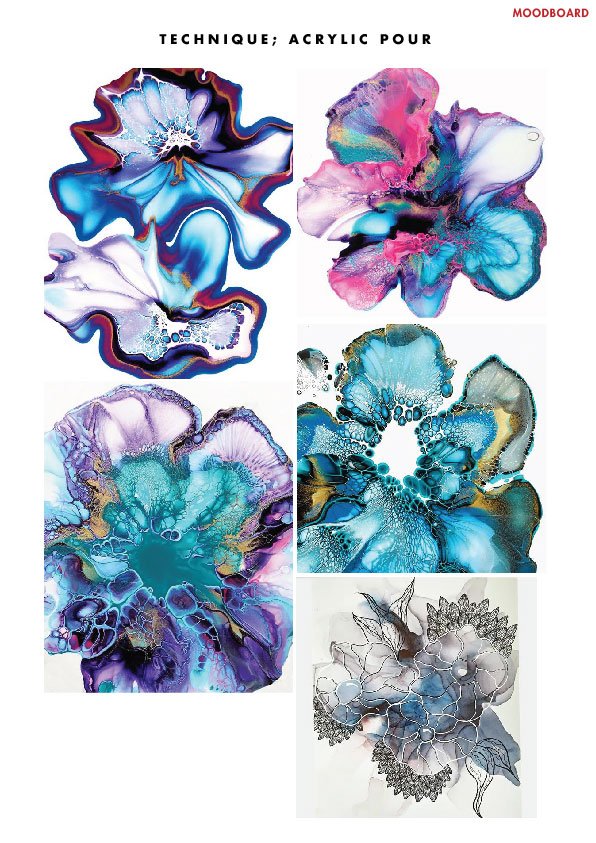 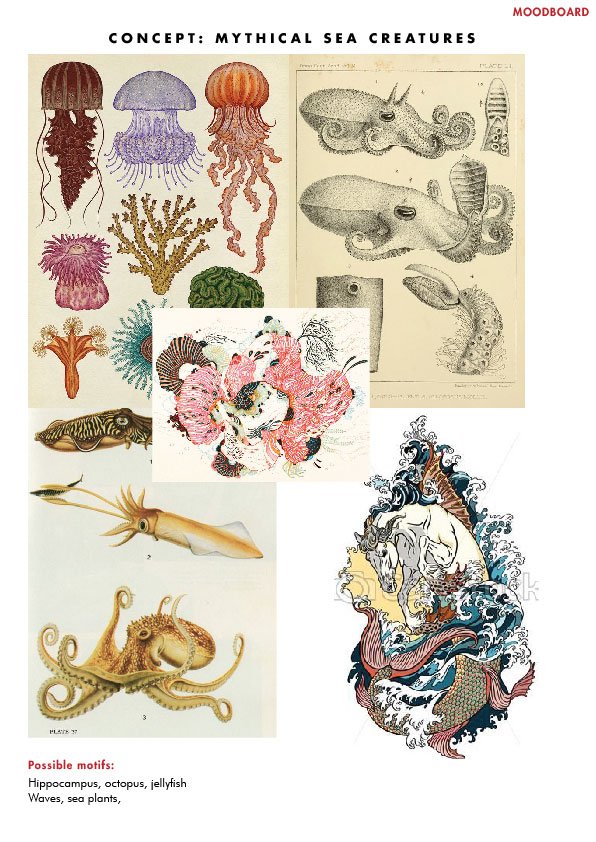 For concept 2, motifs focuses around mythical sea creatures such as hippocampus, and other supernatural sea creatures, generally a hybrid, sometimes part human, whose existence has not or cannot be proved. Possible illustrations could be weird-looking mutations of sea creatures that we generally familiar of. Eg. Seashells, octopus, blowfish etc. 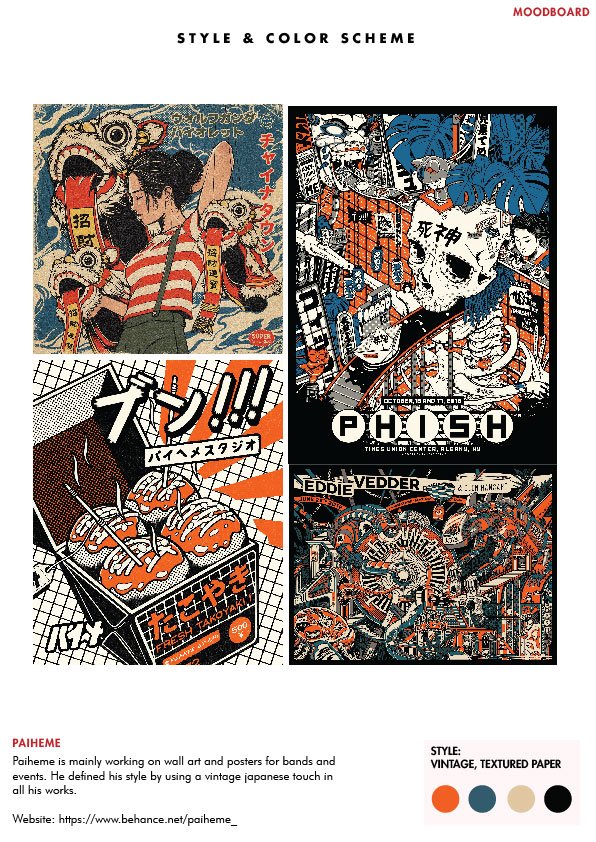 Moodboard/ theme: Vintage style, textured effect to give off this ‘old folklore tale’ vibes about the creatures living deep down in the sea.