Neighbourhood. It is a place where we grew up and holds our childhood memories.

I grew up in Yewtee-a district in Choa Chu Kang for the past 21 years. It became a place of attachment, where my primary and secondary school are situated at. It is certainly a neighbourhood whereby I have many fond memories of and probably will. I remembered playing catching and spending my afternoons at a playground just beside my block. My life was indeed carefree back then.

Below are the pictures that I took during late evening, which are intended to portray a reminisce feeling. 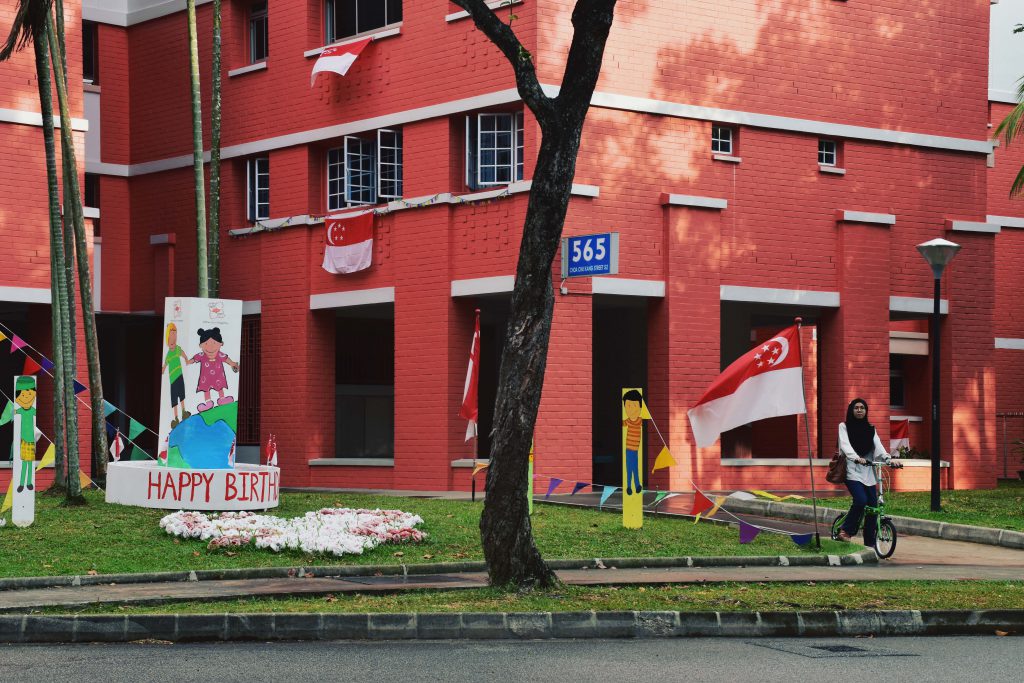 Close up shot of the HDB National Day decorations. 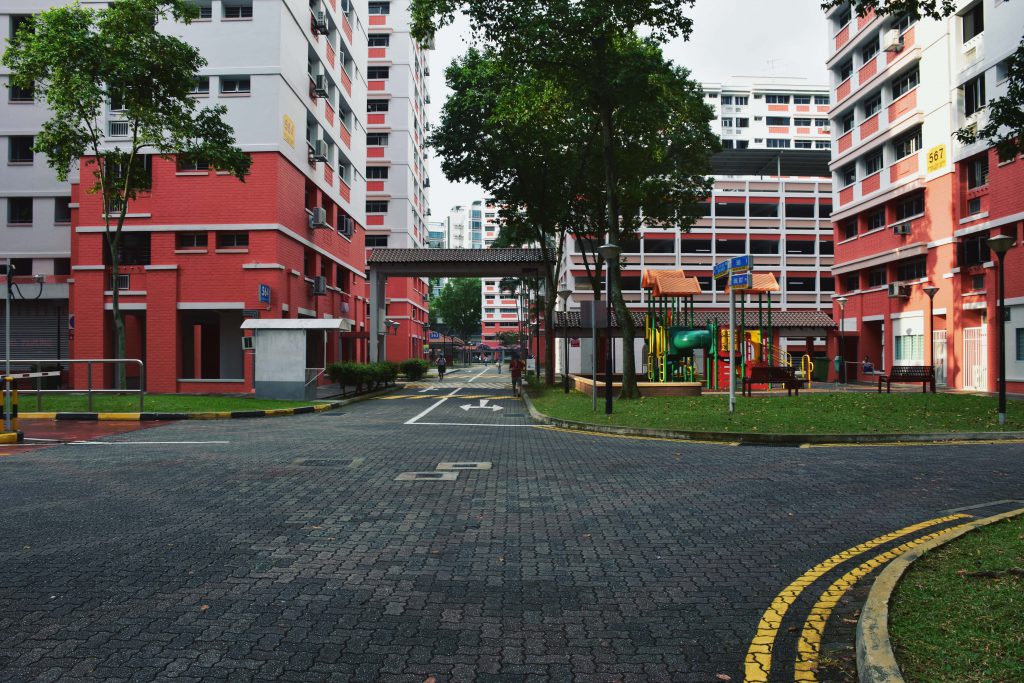 Long shot of the newly renovated playground in the corner.

Events at the HDB multi-purpose hall, malay weddings under the void decks and even the corridors that lined up with pots of plants, holds a personal and meaningful value to residents. Simply because these common areas are located near us and we create memories just by leading our normal everyday life.

Hence, my neighbourhood holds a huge significant meaning to me and it evokes a sense of belonging deep within me. Especially with these National Day decorations in place, it awakens our spirit of patriotism, right? 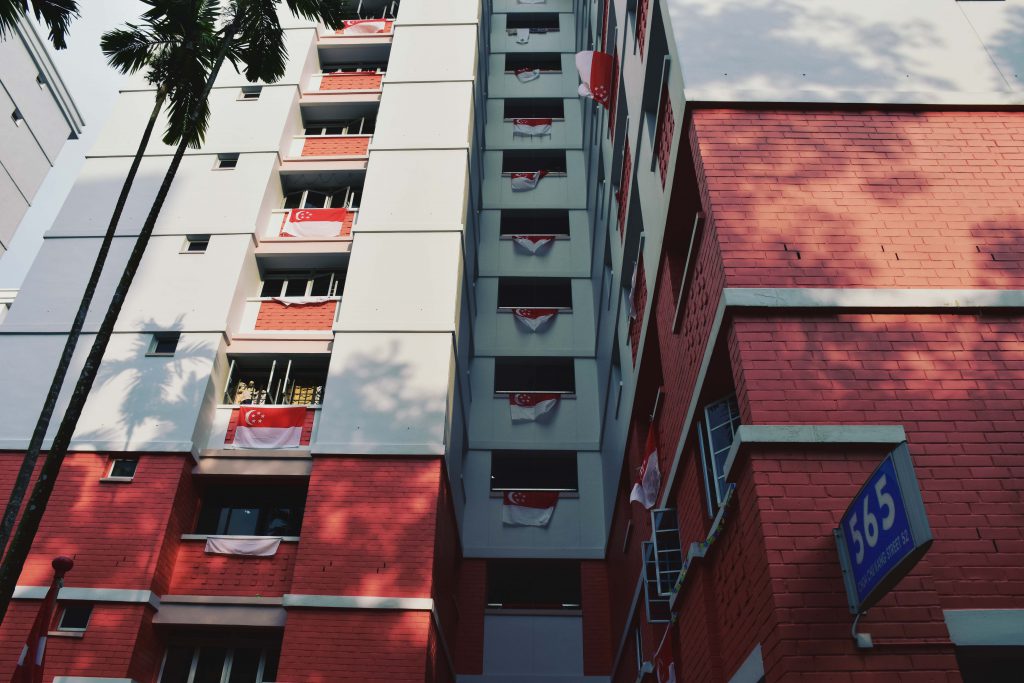 Taken from a lower vantage point. 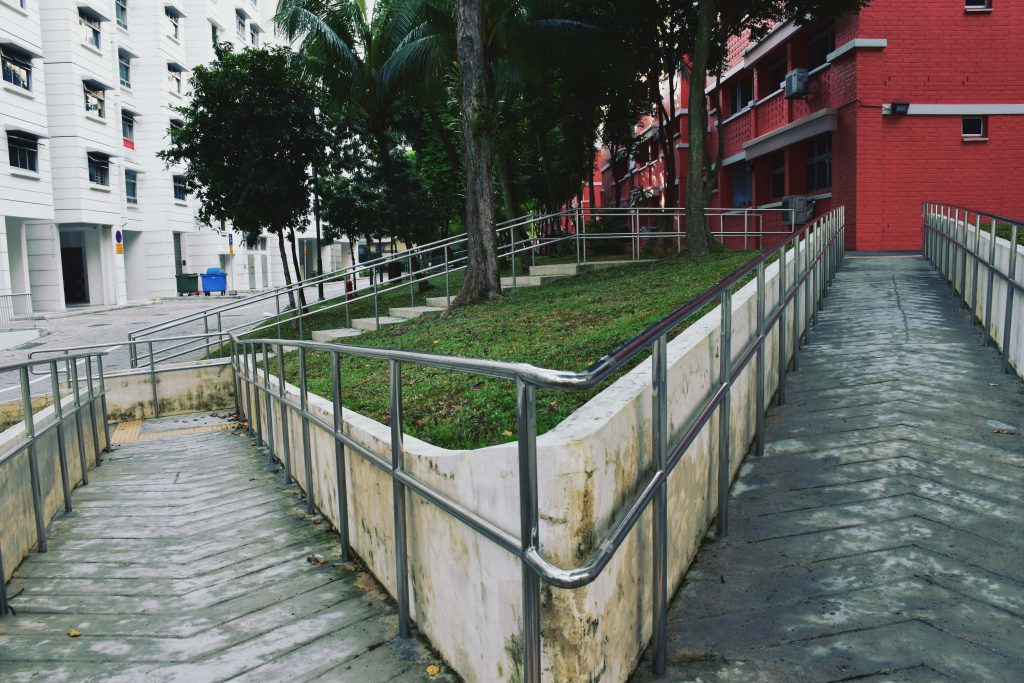 A unique perspective of two different buildings. On left is the new BTO building, whereas on right side is the old HDB flat. 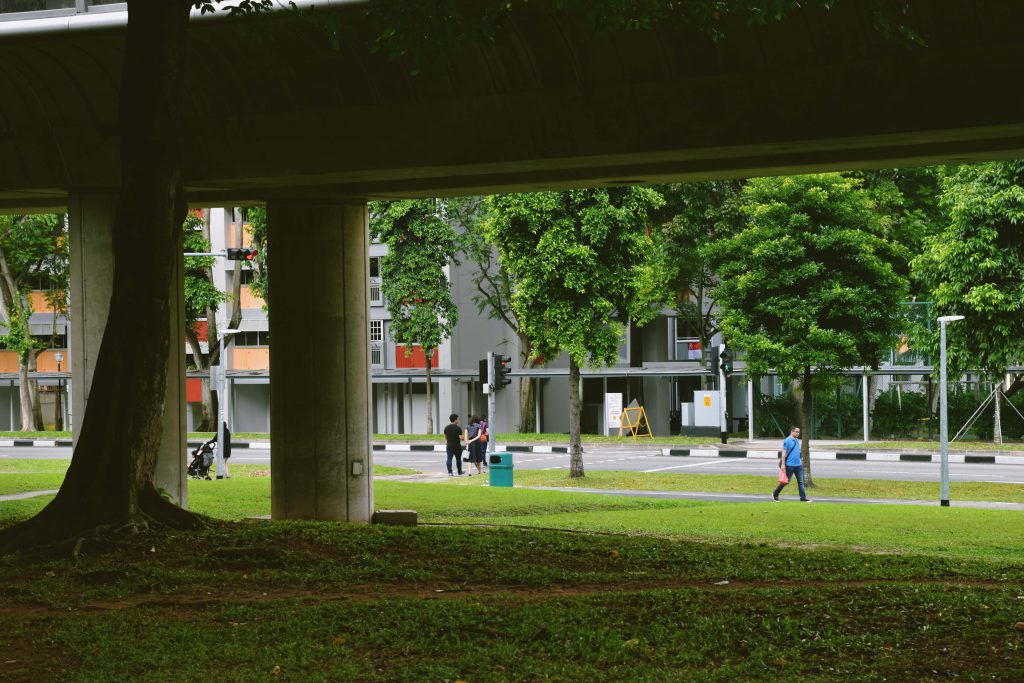 Mid range shot of the path that I frequently used, back when I was in primary school.

My most cherished memory were the journeys to and fro my primary school. I would always popped by the mini-mart near my school for instant noodles, buy ice lollies from my neighbourhood auntie downstairs or sometimes I would buy magnolia icecream from the uncle who came on his three-wheeled motorbike, which parked just right outside Kranji Primary.

Little things like this seemed nothing and normal back then. But as time passes, these memories creates a part of yourself and defines you as a person. The environment of where you lived in and the people- neighbours who you interacts with. It is the people and the familiar surrounding environment that makes this neighbourhood exclusive to me.

My neighbourhood is not just mine alone. And that’s exactly what makes it so special.