Climate change is real. It requires immediate action to prevent the worst possible effects it can have on people and wildlife all over the world. The global mean temperature has rise about nearly 1°C in the past century. Climate patterns change. Extreme and unpredictable weather will become more common across the world as climate patterns change, with some places being hotter, some places being wetter, and some places being drier. What causes climate change: Human activities like burning of fossil fuel, deforestation, cattle ranching – encourages CO2 emissions which increases the global temperature in the long run.

Discrimination is treatment or consideration of, or making a distinction towards, a person based on the group, class, or category to which the person is perceived to belong; according to the dictionary Cambridge. Types of discrimination: Retaliation, race, religion, color, age, gender, national origin, disability.

Elderly care in nursing homes. Nursing homes are usually the first answer people select for care for their elderly parents. However, there are issues/common problems faced by nursing homes.  Firstly, there will be smaller living arrangements. Aging parents will be transitioning from their home to smaller living arrangements. Such sudden changes may impact  their emotional and mental health. Second, living among other residents. This can be viewed in both positive and negative light. They can have interactions and make friends but they may also not get along with some and this leads to fights and verbal insults. Some medical conditions, such as pre-dementia, can also cause aggression that may be directed at your aging parents. Lastly, boredom and isolation. The change to your aging parents’ environment can cause feelings of boredom and depression as they may isolate themselves in their rooms.

Smoking is bad for health. Chemicals in cigarette smoke enter our blood stream and can then affect the entire body, this is why smoking causes so many different types of cancer. People who use tobacco regularly tend to develop a tolerance to the effects of nicotine. This means they need to smoke more tobacco to get the same effect. They may become dependent on nicotine and hence, the addiction. Not only poses health risks to themselves but also to the passive smokers, esp the elderly, pregnant women and children.

Climate change (global warming) and discrimination are topics that I am interested in.

Climate change (focusing on global warming) is important as it can have a disastrous effect on ecosystems, humankind and wildlife all over the world. It cannot be delayed any further. We must act now in order to mitigate this issue, especially for the future generation. Extreme weather conditions (typhoon, flooding, drought), extinction of wildlife, rising sea levels – effect the ecosystem, health and poses damage to human. Climate change that is warming up the ocean will kill off the arctic predators and other marine species like penguins in four decades without emergency action to bring down emissions, according to research. Polar bears and other marine ­species could be wiped out within 40 years as global warming continues to rapidly heat the world’s oceans, new research warns.

Discrimination issue is important especially in building a unified and harmony society. It affects all of us, everyone in the world. Exclusion or rejection directed to you by others for reasons that you often have no control of can cause extreme worry to an individual. People who are discriminated against can suffer significant negative consequences. General well-being, self-esteem, self-worth, and social relations can be severely impacted as a result of discrimination. It results in harmful psychological effects eg. anxiety, sadness, depression and a feeling of guilt and emptiness. These often translate into depression, loss of interest, eating disorders and stress-related ailments.

Both issue requires everyone, regardless of their background, status, nationality etc., as they plays an important role to raise awareness to this issue and  by getting rid of the stigma present in our society. (*Stigma is the negative stereotype and discrimination is the behavior that results from this negative stereotype.)

Anticipate from target audience for climate change: Play a role in mitigate the issue such as reduce your own carbon footprint and keeping reusable bags on hand and recycle.

Anticipate from target audience for discrimination: Promotes awareness to other people, convey the message, change your perspective, accept and do not discriminate others.

How has visual communication contributed to the addressed cause?

Disposable eco bag for greens – able to carry a half kilograms of goods. 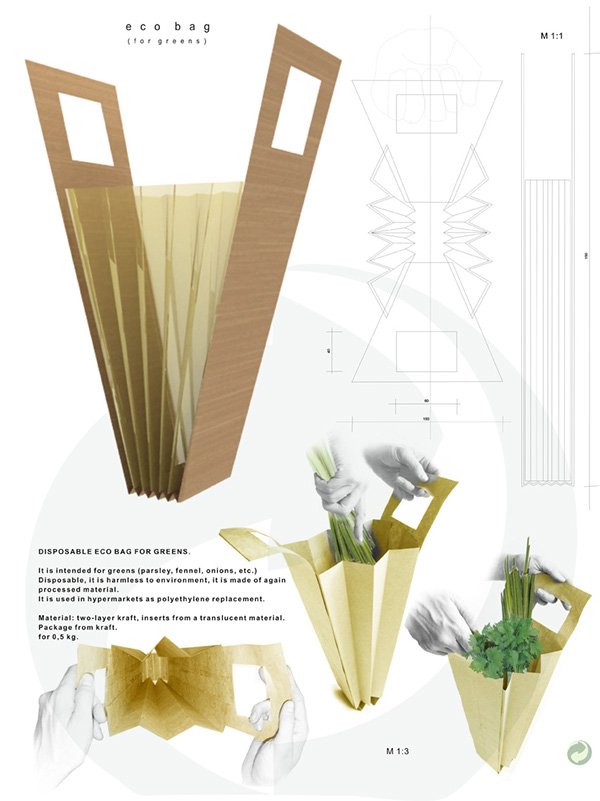 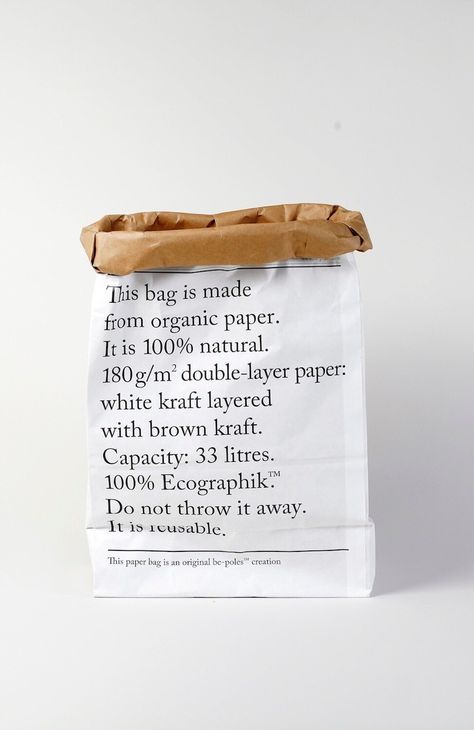 The Bitter Sip gives us moments to think about social discrimination while we’re having cup of coffees in our busy daily lives. By creating an environment that imitates real-life situations of minority being discriminated, it offers hands-on and tangible understanding of these global issues. 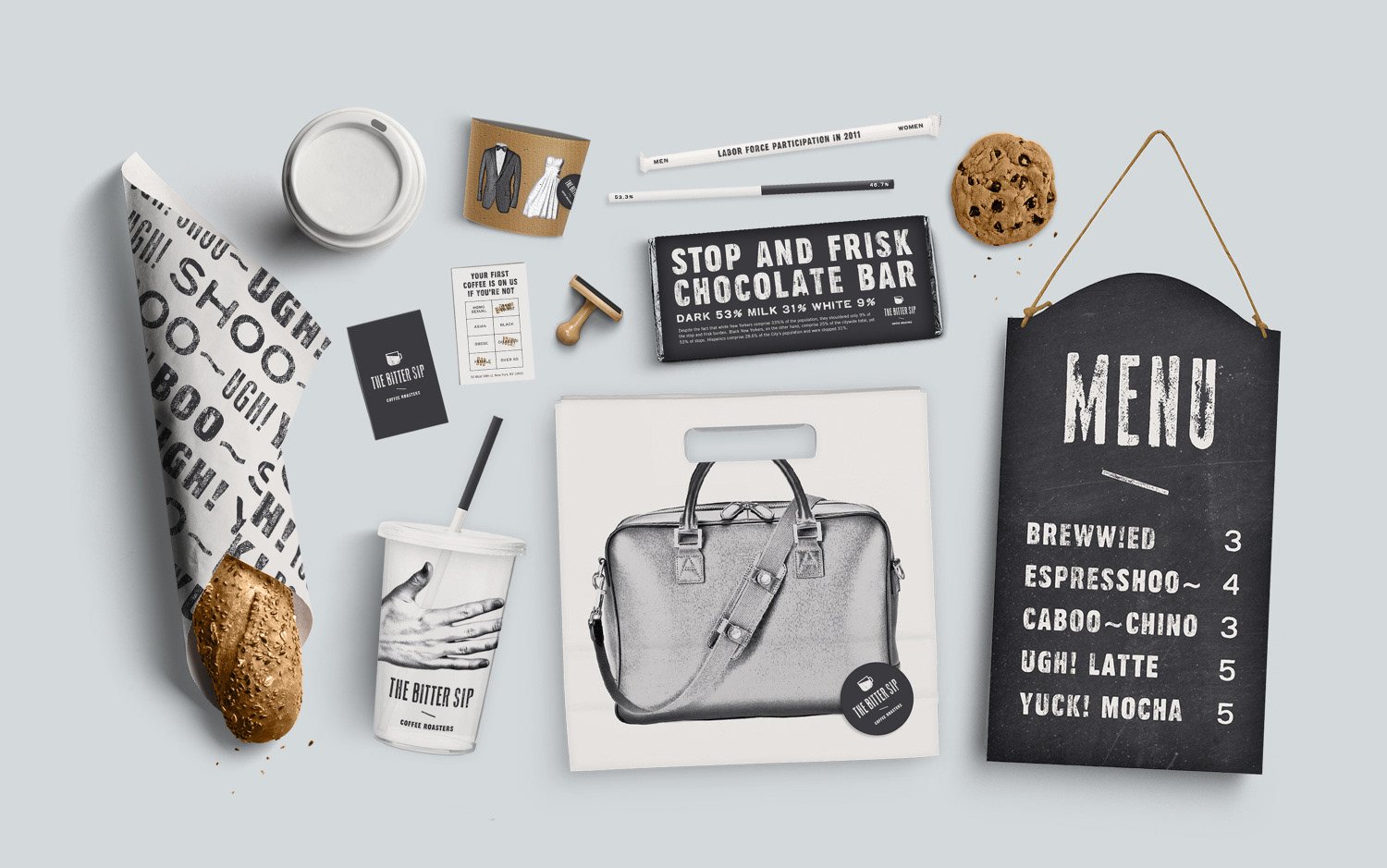 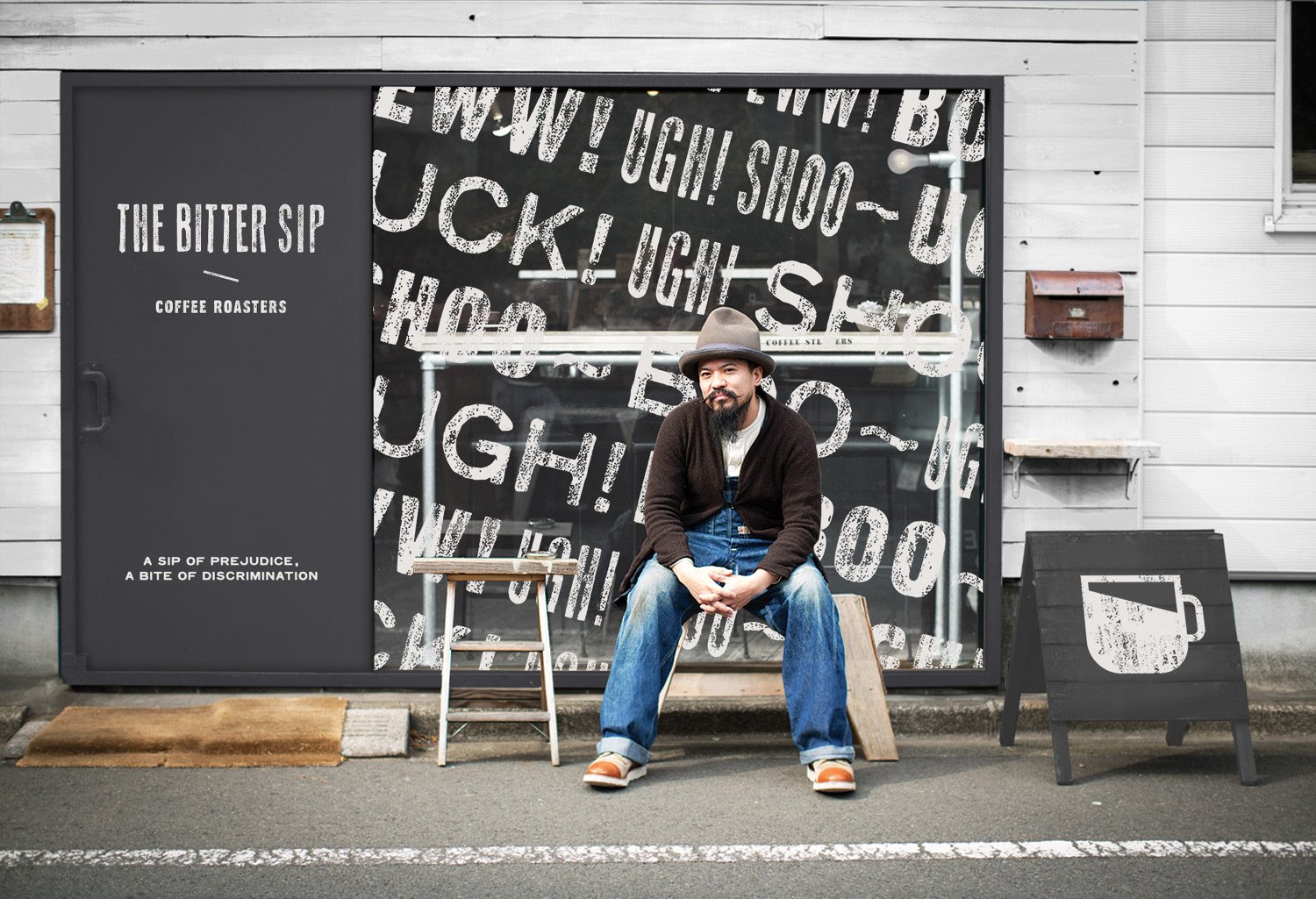 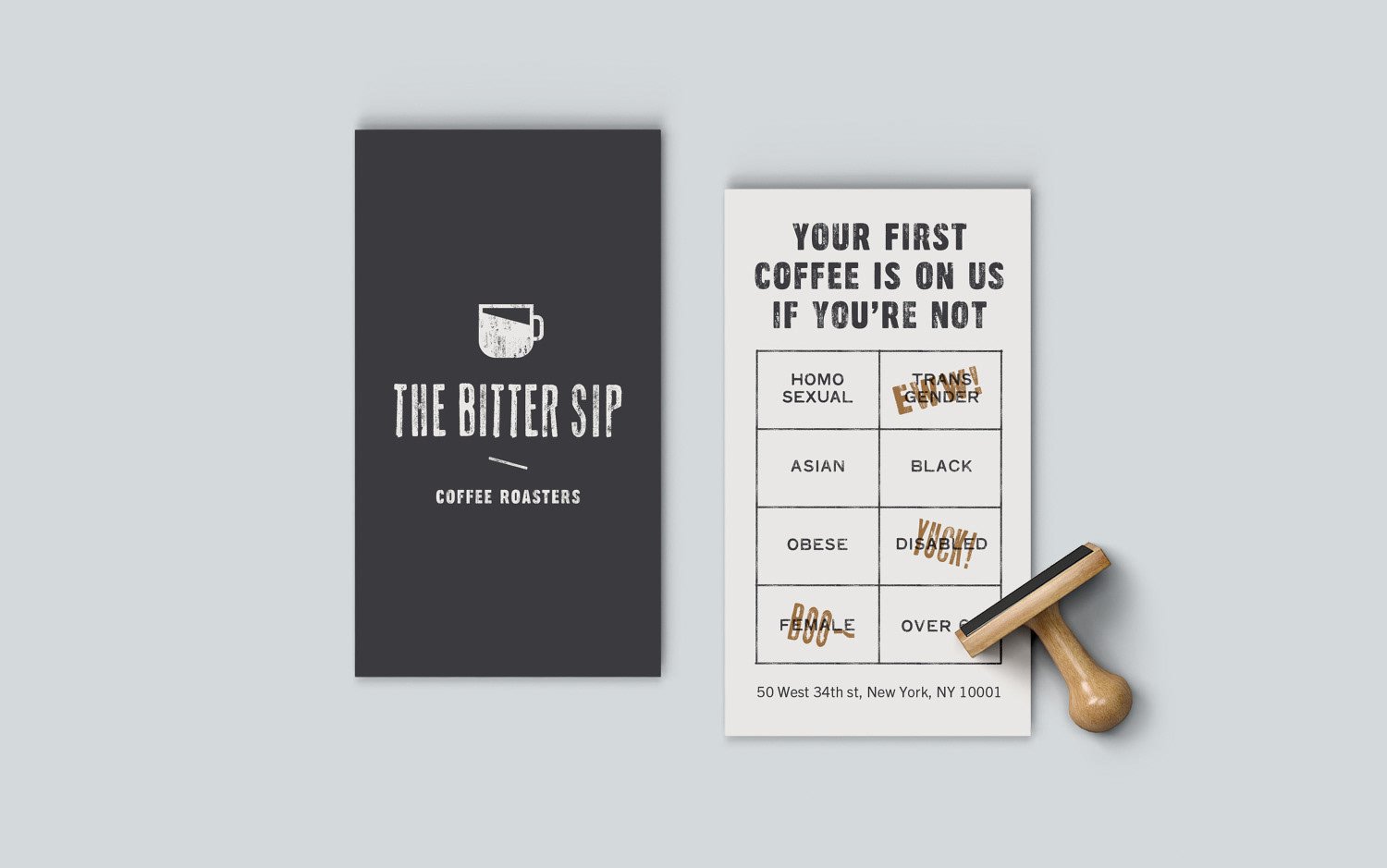 Embodied experimental situations – A menu that intentionally discriminates you. 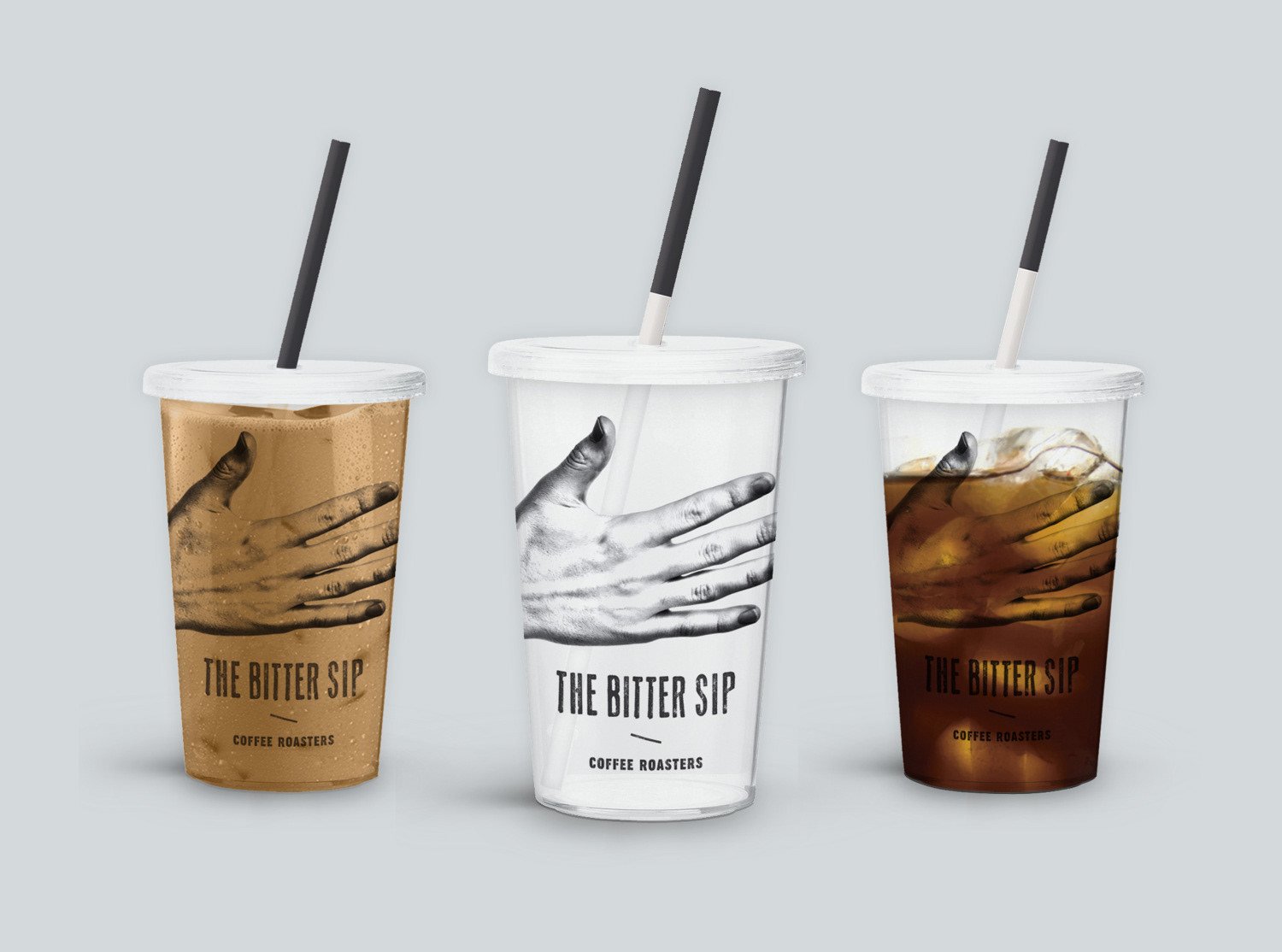 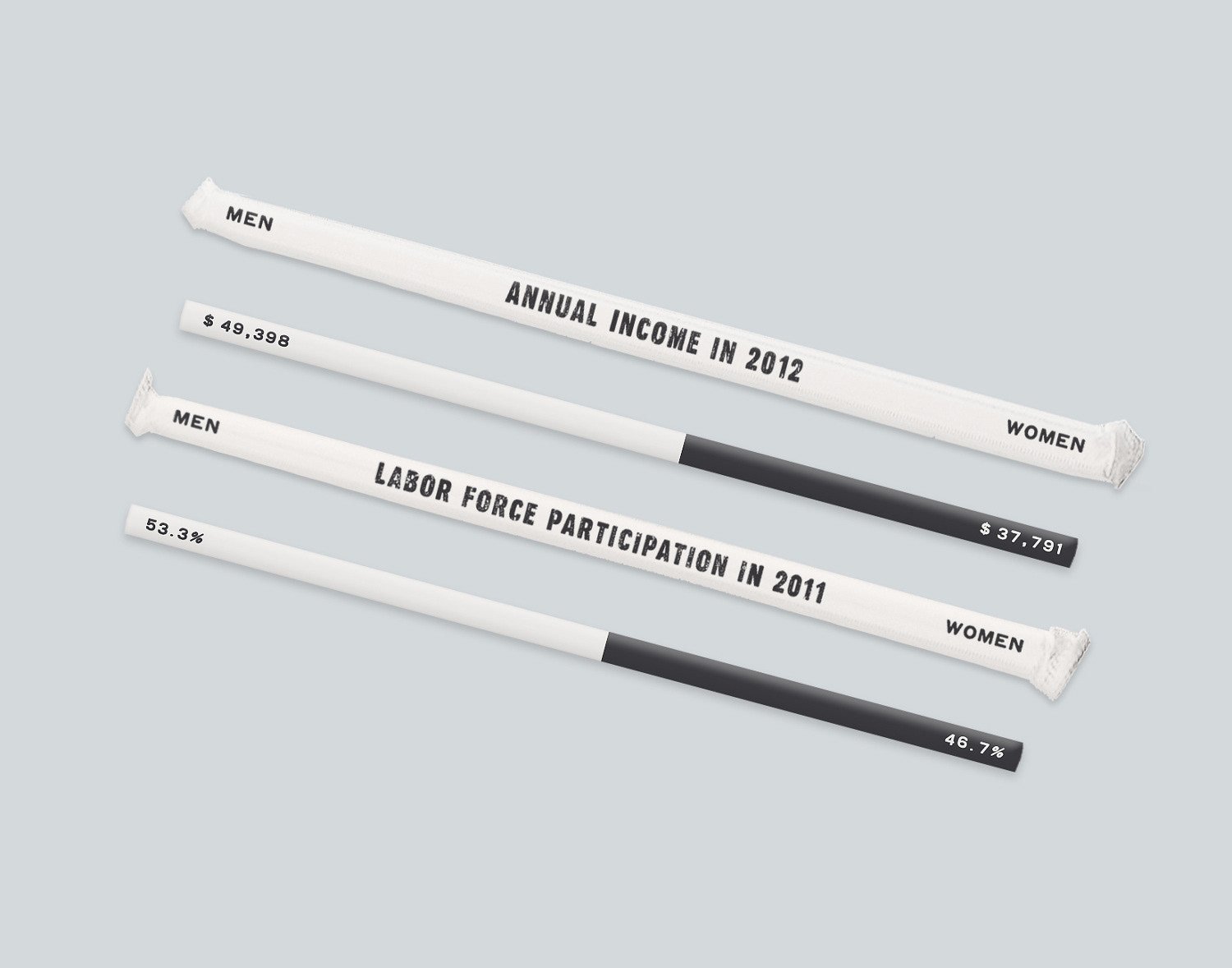 Information on such data provides insights to the people who purchased the drink. Encourages them to ponder upon this issue. 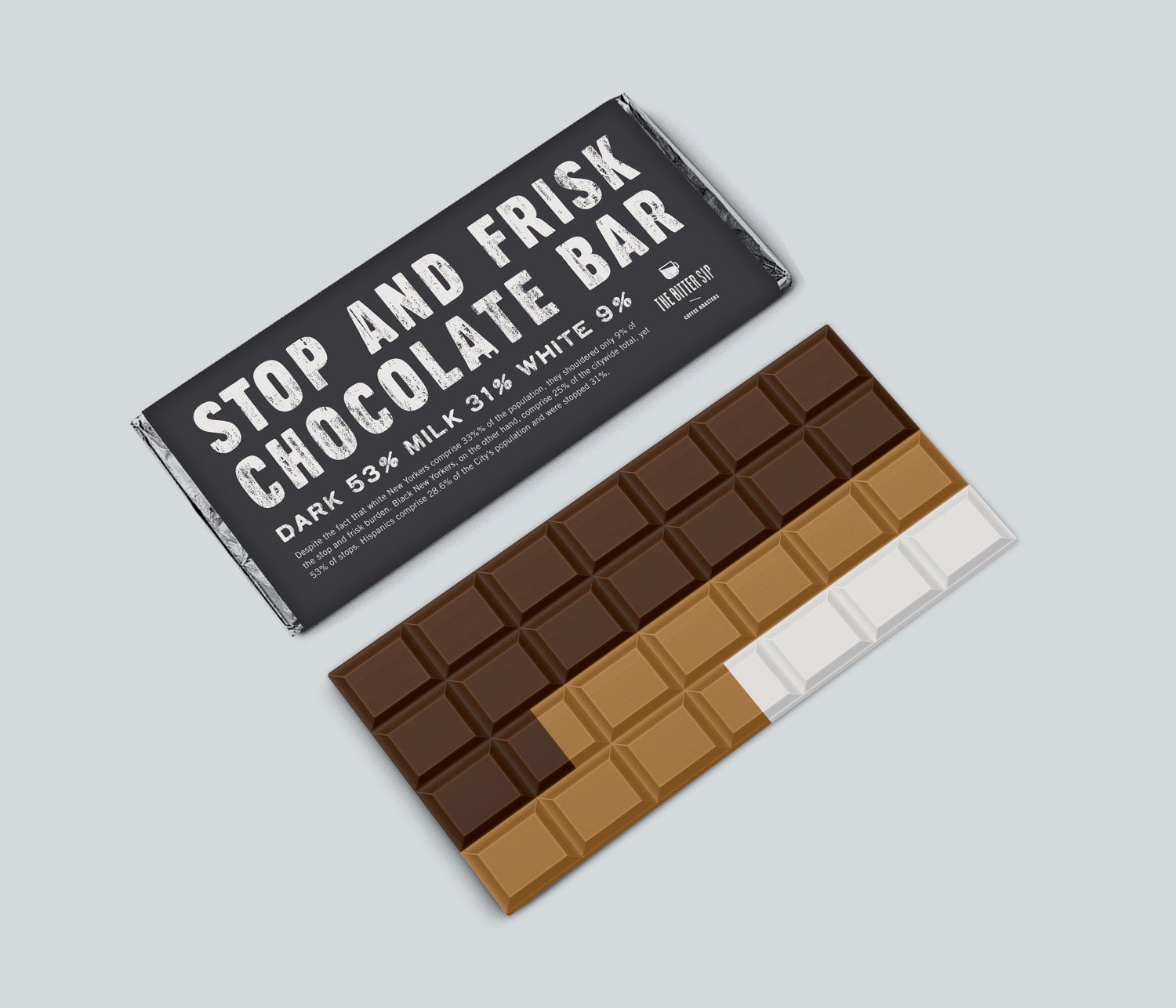 Again, information on the packaging about racial discrimination.