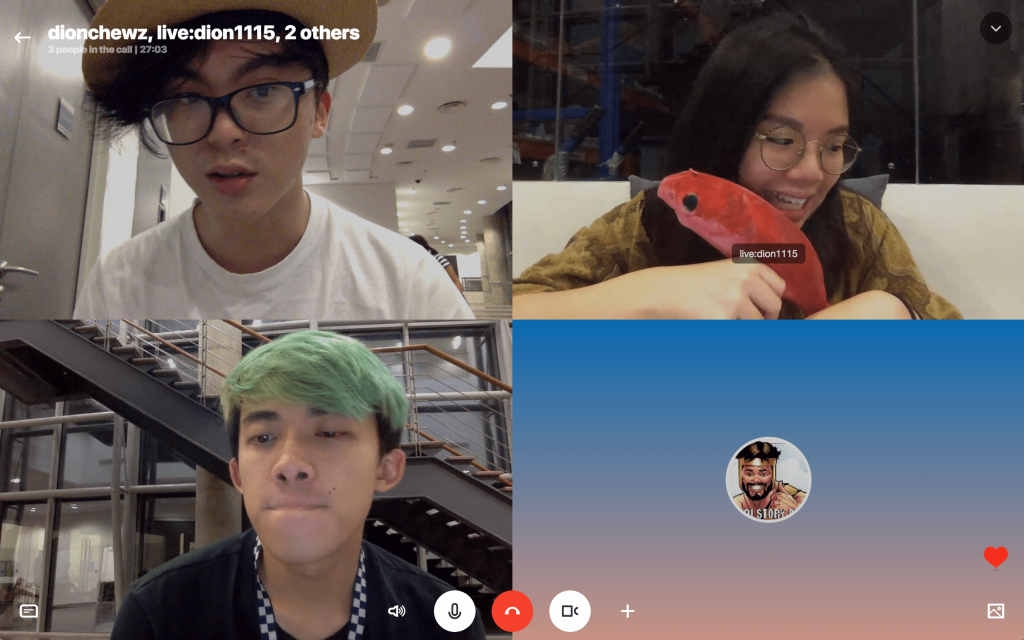 This week, we decided to take things to a third space discussion.

The discussion consisted of rectifying all the issues faced in our trial run (as discussed in my previous post), as well as planning for the actual runs.

We decided on our two pairs of players, where one will be friends while the other will be strangers, so as to see if there will be any differences in the outcome. As such, the other variables will have to remain the same, where they have to have basic standards of drawing and cooking.

We also decided on using a kitchen with better connection so as to prevent any pauses in our livestream. Our first option was Hannah’s (a friend) hall, which is Hall 2, at a different kitchen from the previous one. The next option will be to use a kitchen from one of our own halls, and if all else fails we will resort to going to someone’s house to carry out the game. 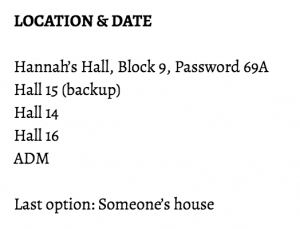 Next, we thought of including audience in our livestream instead of using private accounts and keeping the stream to just the players. This is to play more with the idea of DIWO, where the audience can play a part in trying to guess the drawings as well. The chef may then refer to the comments if he/she faces any difficulty in making a decision.

To ensure that we manage to even have an audience, we plan to broadcast an announcement across our Whatsapp group chats as well as on Instagram story on the respective livestream accounts, one day and before the actual run.

Seeing how we were so unprepared with equipment the last round, we made a list of things to prepare this time and made allocations of who were to bring what. 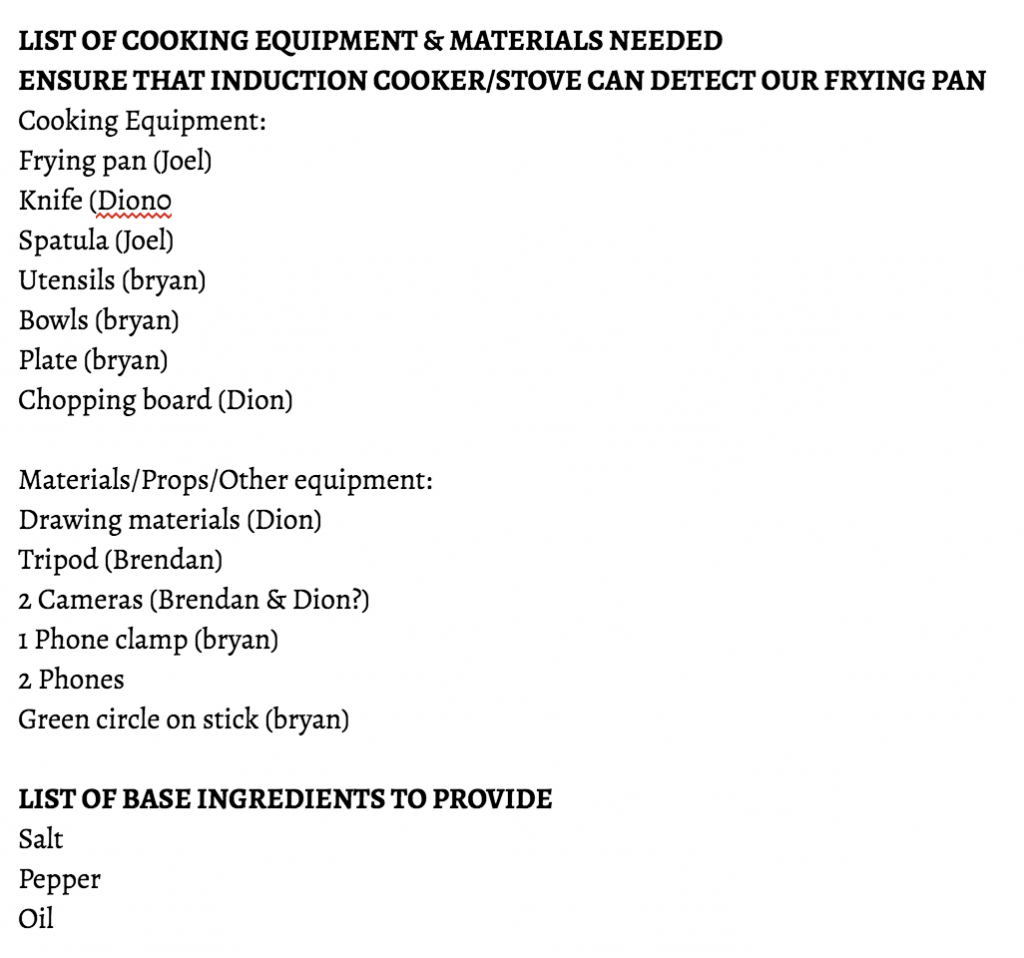 We then decided on making sure that the chefs use as little of their instincts as possible(i.e. doing a step that’s not what they’re told to do) , so as to keep the comparisons between the groups as fair as possible.

Since we plan on using a tripod to hold the live streaming phone on the instructor’s side, we would need constant sound throughout so that the other side can be sure that we have not lost connection, hence the decision of having some background music. The background music may also provide some excitement for the instructor while he/she draws, instead of just being stuck in a silent room and having to draw within a time limit.

As of this meeting, we have not yet decided on a date of when to carry out the actual runs without being too rushed, hence we have not found our players.

Stay tuned to find out what happens next in Split Chef!