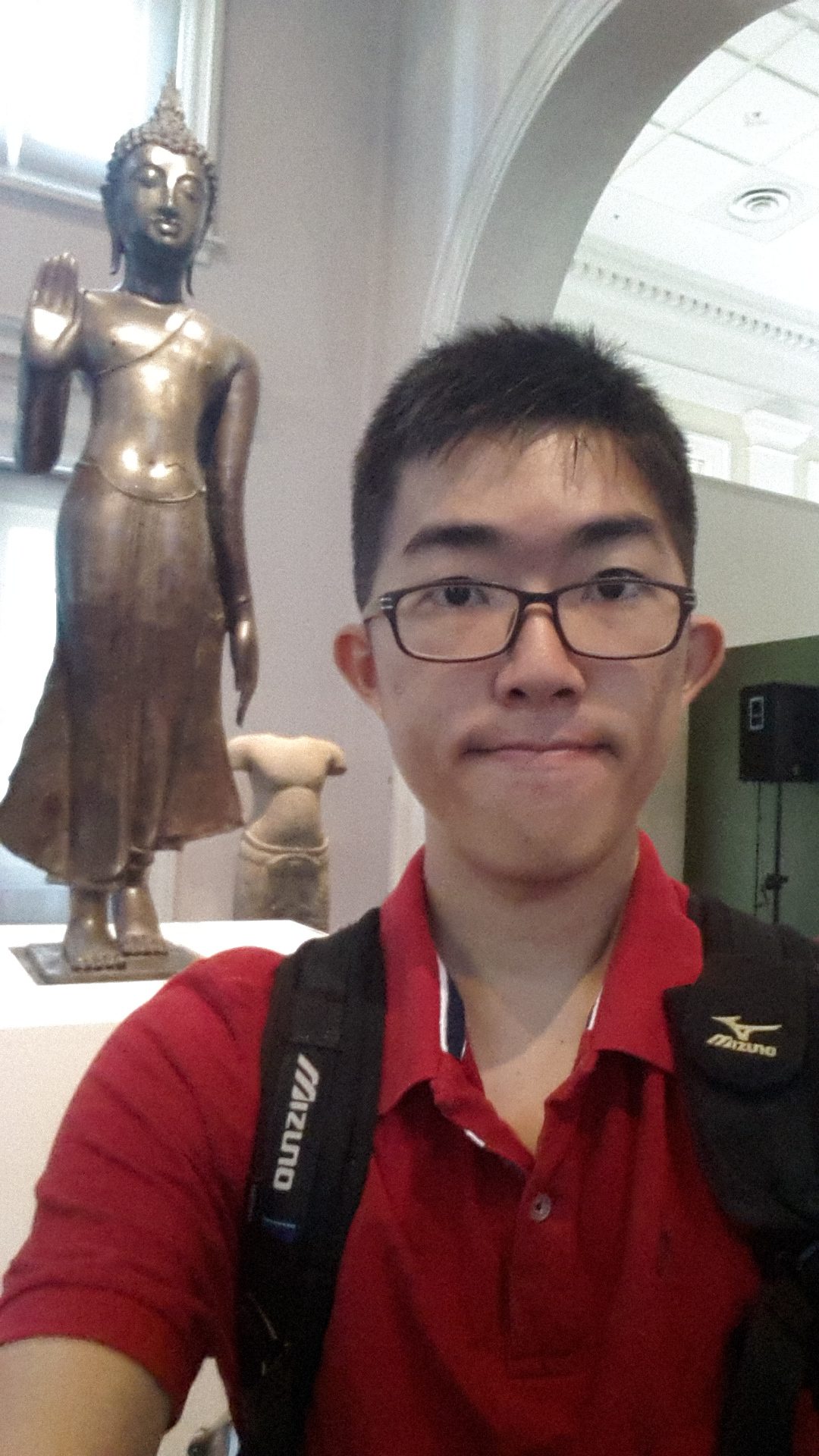 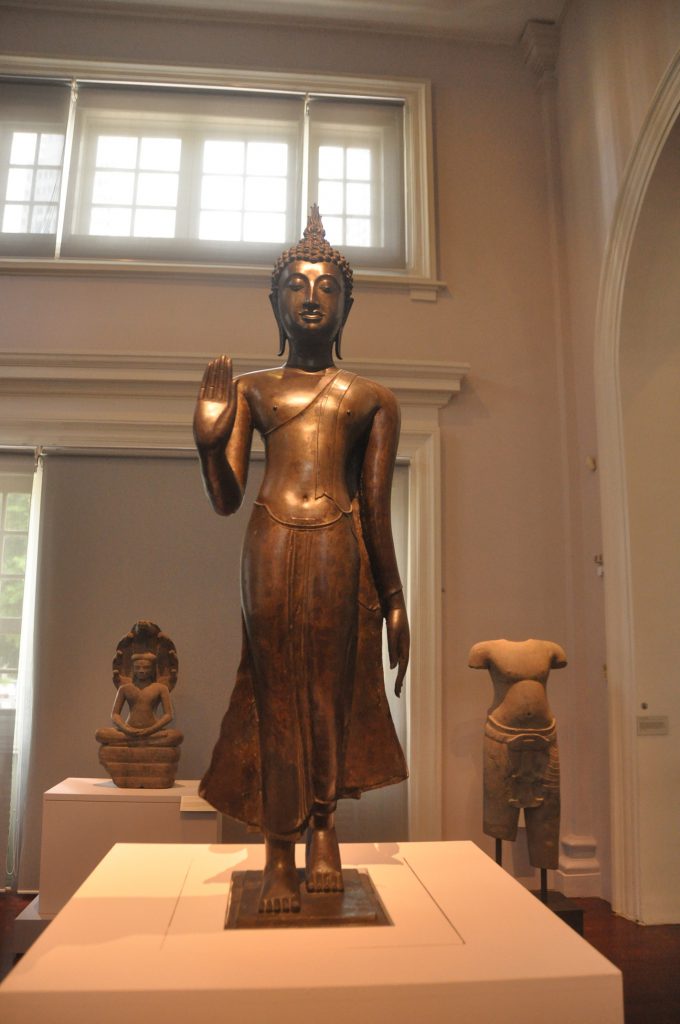 The artifact which I found stood out the most was the one in the center of the gallery, the Walking Buddha from Thailand. The bronze statue was thought to be made since 15th to 16th century Sukhothai period. The bronze material used and the probable lost-wax process used in the production showed the statue was possibly used in temples built by the rich and powerful. 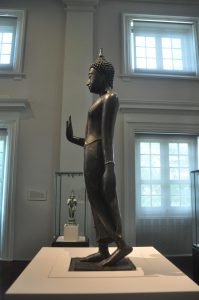 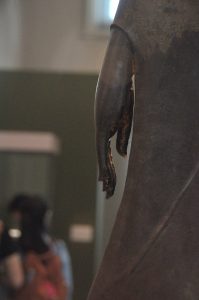 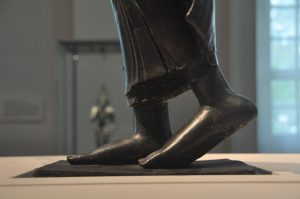 The Walking Buddha heights less than a meter but it was elevated by the museum platform so viewers can observe every detail of the statue. Contrary to other Buddha statues in the gallery, the Walking Buddha was supported by two feet with different postures. The statue depicted the instance of the Buddha walking forward by showing the Buddha’s left heel elevated along, with the left foot placed slightly towards the back, and the left leg bent to the back. The Walking Buddha’s arms were longer than usual as if the Buddha can reach to anyone with ease. The left palm was relaxed while the right palm posed the fearless mudra frontwards. The Buddha’s facial features showed a peaceful expression, soothing to those who gazed upon it. The wisdom knot was replaced a flame top-knot that can be seen in other Thailand Buddha statue as well. 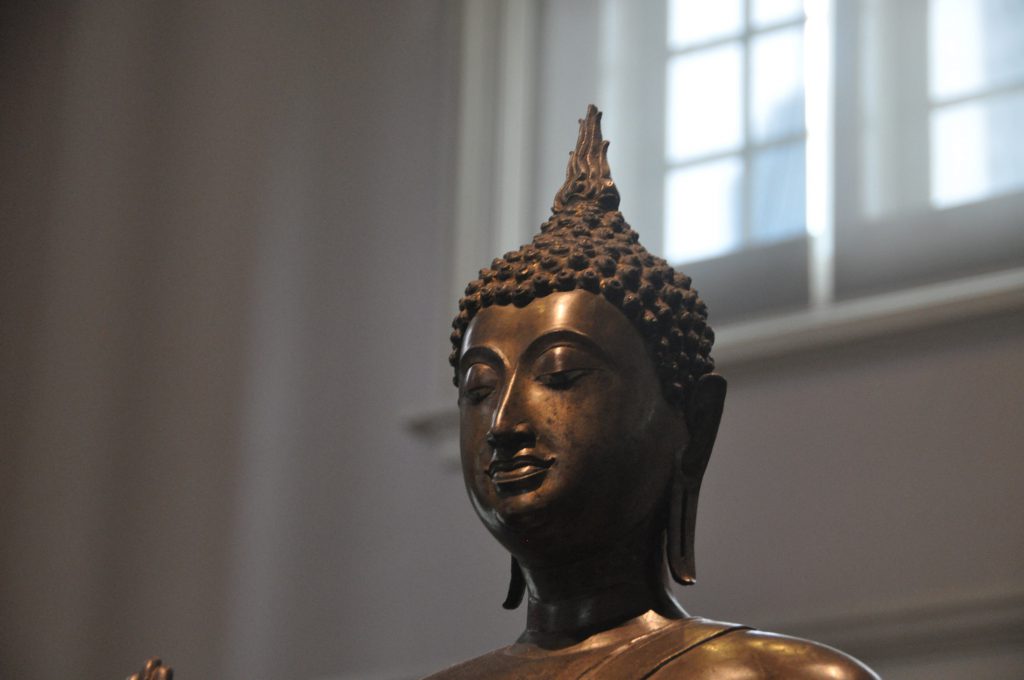 The robe wore by the Buddha is thin enough to show the Buddha’s physique after enlightenment. However, a robe that was supposed to be light and thin remained static in the walking posture. Perhaps this shows that the Buddha walking speed was neither fast nor slow. 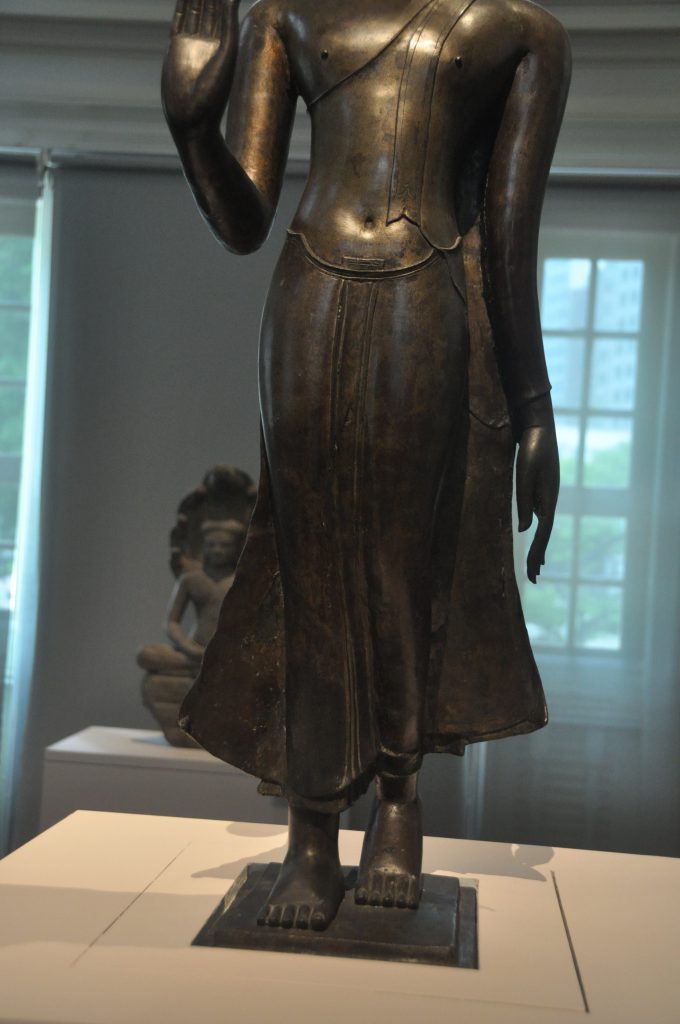