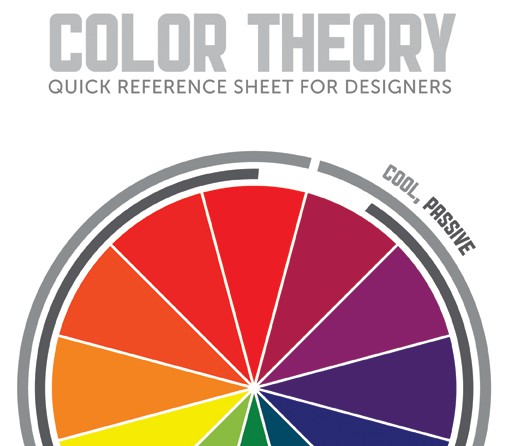 Bless the people who make info-graphics, they’ve saved and produced people with short attention span like me.

Secondly, I need to personally thank Ms. Joy for providing us the color wheel so I don’t have to switch on electronic devices just to get the colors right. I think it’ll be useful in many ways.

Thirdly, let’s take a moment and appreciate the efforts of the researchers that define some thing we take for granted intellectually. Imagine if there’s a whole aspect of the world out there and we are missing it because we don’t have the organ to perceive it? (—The internet) I’m glad we had eyes.

Let’s talk about colors from the things I love, films. My fellow classmates have been doing a lot of research on colors so I don’t think repetition will be the best choice.

So first stop, monochromatic. There are great films in the colored movie decades use monochrome like Schindler’s list or The Artist. Sadly I didn’t get time to watch this masterpiece. So I will be mentioning 500 days of Summer as my point. It uses monochrome in one of the scene where the lead characters were placed in foreign European movies, saying ambiguous dialogues. Monochromatic sets the mood of seriousness, every colors are either absent or fully combined. The lack of vibrancy leads the viewers to focus on the context rather than the pictures. It also focuses meaning from the scene so viewers won’t get another idea from the color.

Analogous are be often found in unified movie settings like Harry Potter franchise, and Zack Snyder films. I found they are usually chose to set the overall mood like how chaotic and dim the wizardry world has become after the resurrection of Voldemort in the fourth movie. After Nolan’s Dark Knight trilogy, superhero movies tend to go dark. Zack Snyder’s Man of Steel went to the extreme and was criticized for darkening the symbol of bright and pure justice.

Complementary can be found on every commercialized franchise movie poster. i.e. Bourne series, Mission Impossible series, James Cameron Avatar, and M.Night Shyamalan shameful Avatar. The dark blue and orange makes every component stands out of one another. The combo makes them a memorable poster, and a reason to add excitement in it like fire, explosion, and scotching L.A.

Split complementary, triads, and tetradics, schemes that used more than 2 colors are usually found in Marvel movies, animations, and light-hearted genres. The combinations create richness to the scenes and emphasized on their aesthetics. They don’t intentionally imply the mood, but try to achieve realism, so you can feel that you’re in the settings and related to the environment.

These just show how important is color grading/correcting.

(The research is based on generalized knowledge and personal analysis. You, who have a better knowledge of the aspect, might disagree with some.)

To be frank, I am not a colorful person at all. Emotionally, I don’t express much. Verbally, I can’t express much. Technically, colored media just isn’t my best tools. Since I was young, I felt that the god of color materials must have something against my pass-life and cursed my ability to use His creations. Just kidding, but I’d always screw up in coloring. I have the sense of color but my last art exams screwed up badly due to my color practice. (Yep there’s other reasons too.) That’s why I’ve always envious about how my sister who’s an artist too utilized her color so well in her works.

But thanks to our eyes, we’re able to appreciate color. So I am not going to repel it but to work with it. THIS is one of my challenge for this next project. To be honest, I never realized or understood how these theory exist. Maybe I’m oblivious about them even if I found some combinations of them in various media and thought, “this is nice.” So the discovery for the theories fascinates me and makes me wonder how will I apply them into my Project 3.

I’ve once read a book about color psychology. The author made her point well on how colors affect us. As people who uses color as tools, artist possesses great power to affect people. Why reject it just because I not good at it? And to start with painting myself is indeed a good way to learn to control the colors.

Whether to stand out like complementary, or harmonious like analogous, or as vibrant as triad, or less tension like split-complementary, the overall goal of my colors will have to be balanced and making sense, and more importantly, represent myself. Either way, it’s all going to be determined by my concept, my ego equations, which will be revealed in another post next time.

The awkward feeling when everyone did an incredible job in conceptualizing their project in such amount of time, even though they’ve told you they’re just getting started. Damn productive guys….They just can’t stop making me think I didn’t write enough 😀