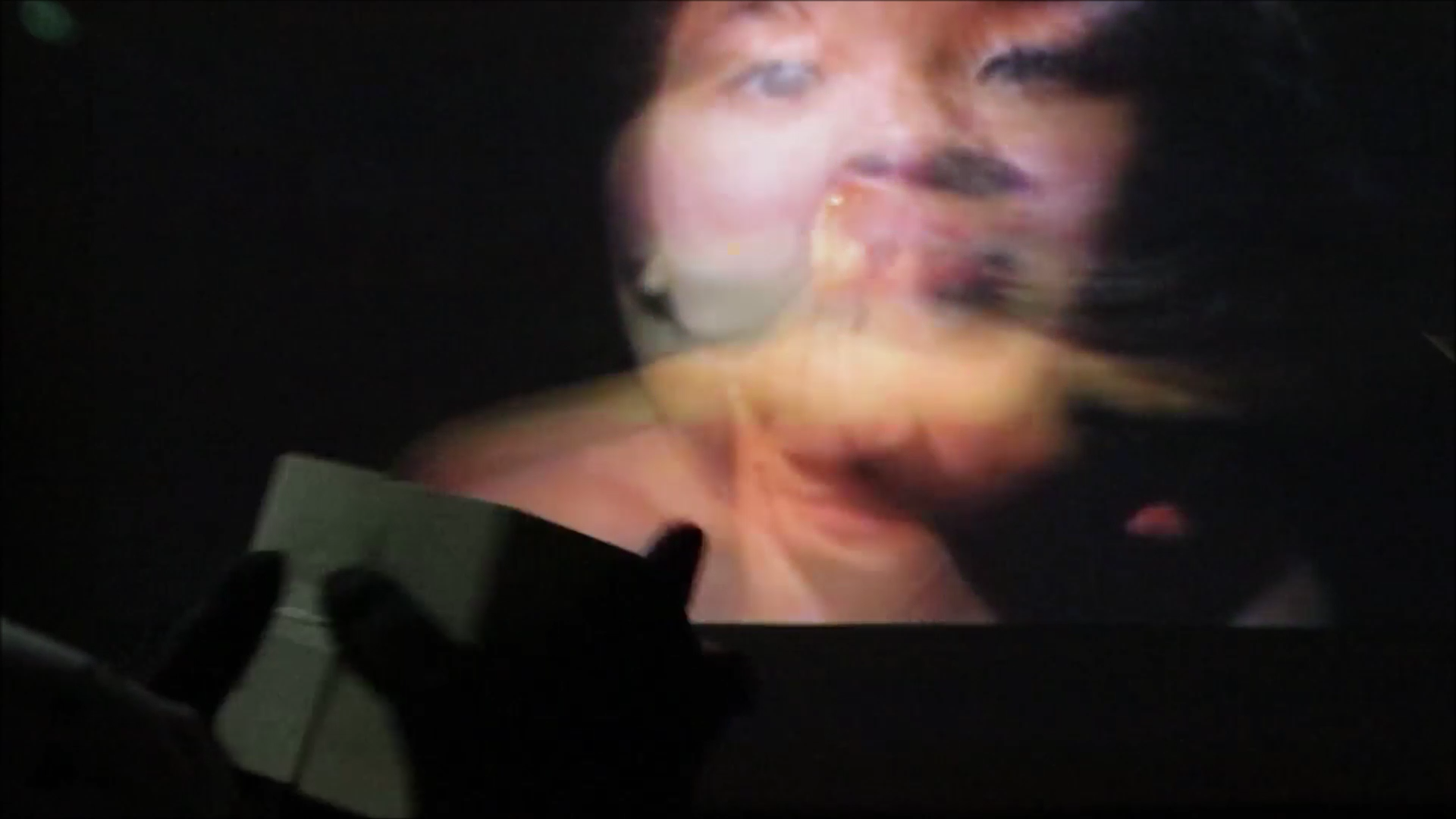 Stretch is an interactive art installation which invites participants to interrupt and manipulate a stretch of time through hand gestures. It distorts sound and movement, mainly through granular synthesis, ultimately creating a frenzied yet stimulating interactive experience.

Participants wear gloves and play with an unfolding cube to control the screen projection and sound in the space. The wooden cube is the main point of interaction and guides the participants’ gestures. The setup includes a base with a pressure sensor to detect if the cube is lifted off the base and in use; this starts up the sound and visuals. Each glove has a gyroscope attached to capture the gestures made. Additional data from the right hand is input into MuBu, a machine learning system, in order to detect when participants shake the cube. The left hand also has a bending sensor to measure grip. 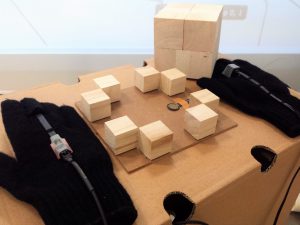 The screen projection is made out of several familiar head actions such as a rotating stretch (typically used for exercise warm-ups) and nodding. The head movements correspond to and act as feedback to the gestures and sound. The visuals were inspired by Modell 5 by art duo Granular Synthesis, as well as the warped portraits of Francis Bacon. I found the face and head to be a suitable subject as we are immediately drawn to it and it catches our gaze.

However, on hindsight, I would have built a physical setup consisting of objects such as pendulums and weights, and filmed clips of it instead of the face. Although the face has its advantages and recording footage of it is much easier as it does not require extra time to build, I do feel that it possibly adds another layer of narrative. This may divert the participants’ attention away from the motions and sounds, to the identity or purpose of the person.

Part II explains the technical elements behind the work: 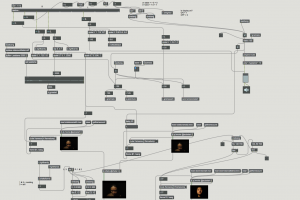 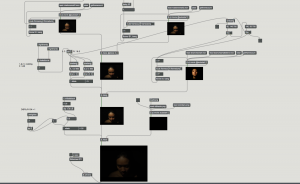 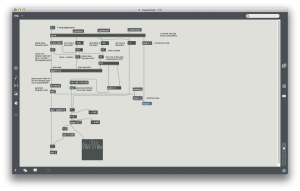 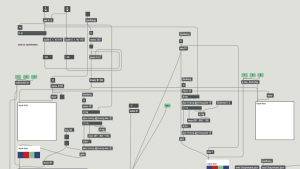 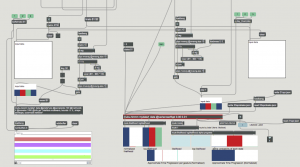 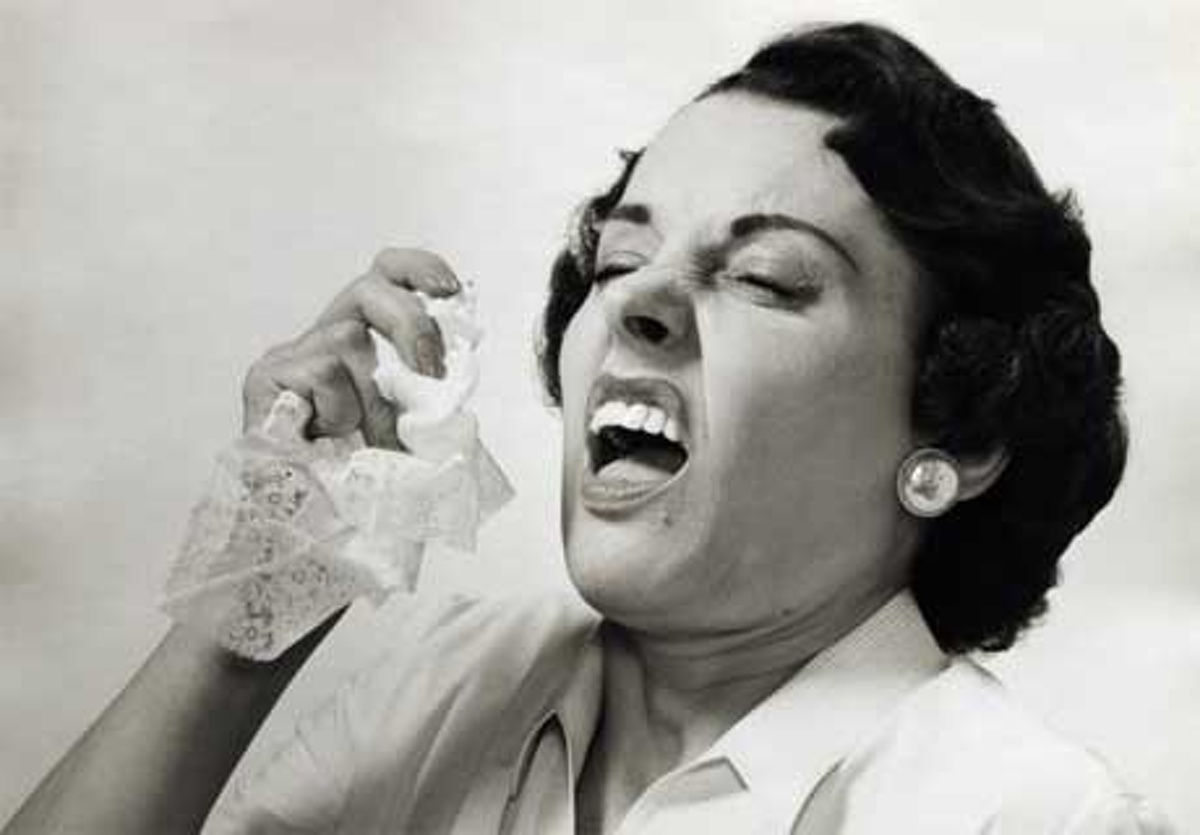 Inspired by the playful and nonsensical nature of Chindogu (‘un-useless’ inventions), I decided to make my own ‘un-useless’ device with some added interactivity. ‘Tissue please’ is an interactive device and the perfect companion for anyone with the sniffles. It offers a tissue when you sneeze and wishes you good health to keep the germs away. 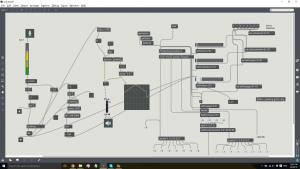