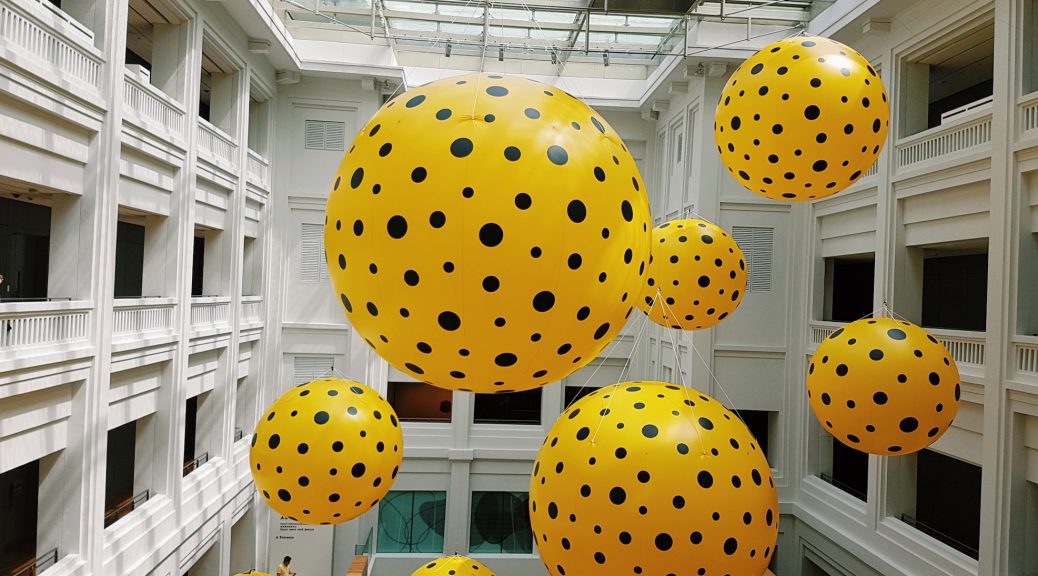 Death of a Nerve 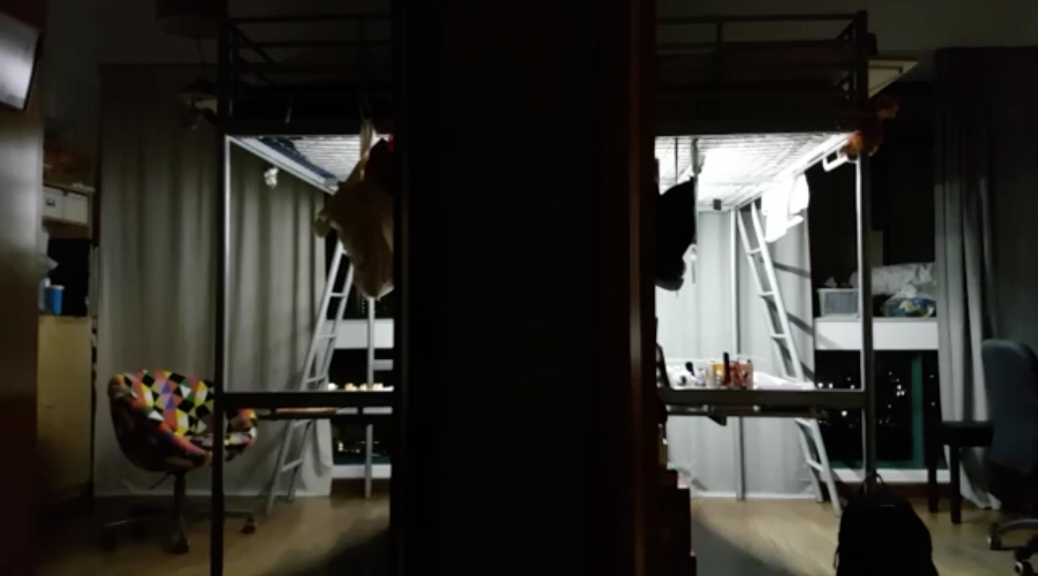 This week’s live broadcast was made in the style of Jennicam (1997). Like live webcam or surveillance footage, the camera was static and unacknowledged, creating a sense of observation and even voyeurism.

I realised that my and my brother’s rooms are mirror images in terms of the layout and furniture. However, we are total opposites and our private living spaces suggest very different inhabitants.

I set up the surveillance camera in the hallway at home; its field of vision (aka the viewer’s field of vision) was framed between these
2 ‘reflected’ rooms, creating a real life ‘split screen’ effect. In addition, save for the narrow dividing wall, the webcam window creates the illusion of us being in the same space, working in a shared study.

“When Ringley was not visible “the set” was ever-present; there to be read as one reads an advertisement — signifiers everywhere, like a Jacques Tati still of a sleepy village evoking a particular mood and era, everything reeking of time and a version of normality.” — Steve Dixon, “Webcams: The Subversion of Surveillance” in ‘Digital Performance’ (2007)

In reviewing the broadcast, I see a likeness to theatre sets. The
identical harsh fluorescent lighting serves almost as a spotlight to these ‘stages’. We perform the everyday in these sets, be it reading, playing piano offstage or typing on our laptops. The ‘reflection’ also creates momentary temporal confusion: are we actors in the same set but from different scenes of the play?

It is surprisingly difficult to show mundane moments that have so far been kept thoroughly private within the walls of my home. Perhaps more so than being interviewed or addressing the camera, these everyday private moments where I am at ease are more revealing. Furthermore, because we live in an age of constant stimulation (the Internet has an abundance of stimulating and gratifying content), despite understanding the value in works like Jennicam, I can’t help but feel a residual tinge of creator’s guilt for letting viewers spend time watching something as ordinary as me in my PJs. 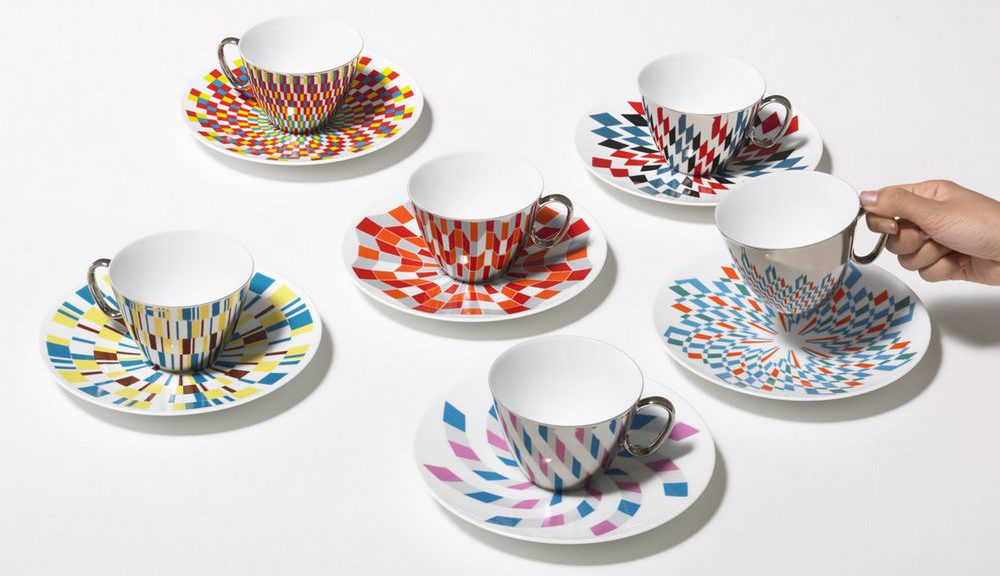 A set of reflective cups and saucers by the Japanese brand D-Bros. Really interesting as it brings in the idea of transferrable and changing surfaces. 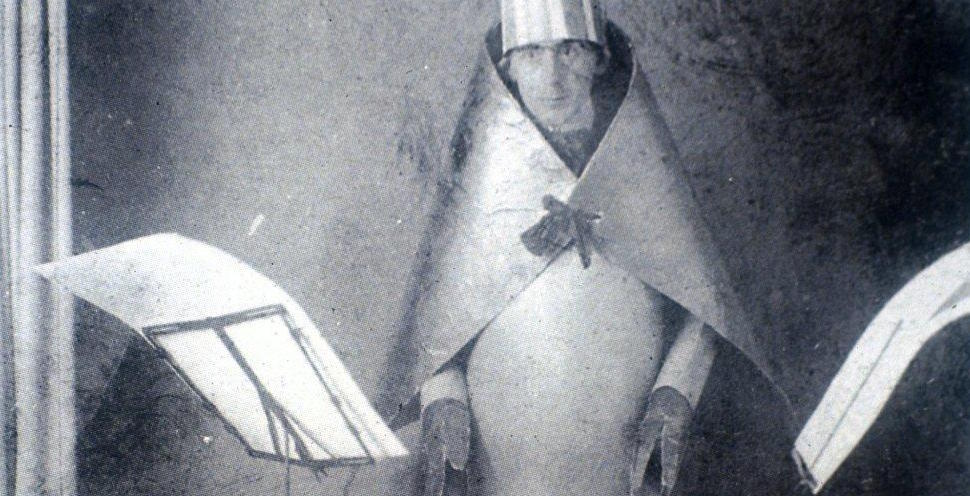 Not unlike the Dada performances at the Cabaret Voltaire during the early 20th century which revolutionised the roles of artist and institution, the open source system is our highly-connected and technologically-fuelled era’s retelling of this art historical narrative of intervention and opposition. Open source shifts the dynamics of art-making from vertical to lateral; anyone can be an artist, curator, participant and critic. It is an inclusive platform, not limited by space or traditional tastemakers.

Open source extends the social aspect of art-making further. Creators, netizens and our peers can provide constructive feedback and contribute to the creative process and product. The open source system can also be a channel of inspiration and learning as it heightens our awareness of contemporary issues and concerns, and allows us to witness ongoing projects by our contemporaries as they develop. This grants us insights into their creative process and methods which are equally, if not more valuable than the finished product.

Our school’s Open Source Studio (OSS) has helped cultivate this practice of sharing, collaboration and openness which are crucial today. Furthermore, OSS offers a comprehensive view of our practice. It does not separate or privilege finished works over ideation, work-in-progress, inspirations or potential projects. Instead, the OSS platform is an integrated reflection of our practice that serves as a portfolio, process log and archive simultaneously, all while remaining accessible to employers, our peers and practitioners all over the world. 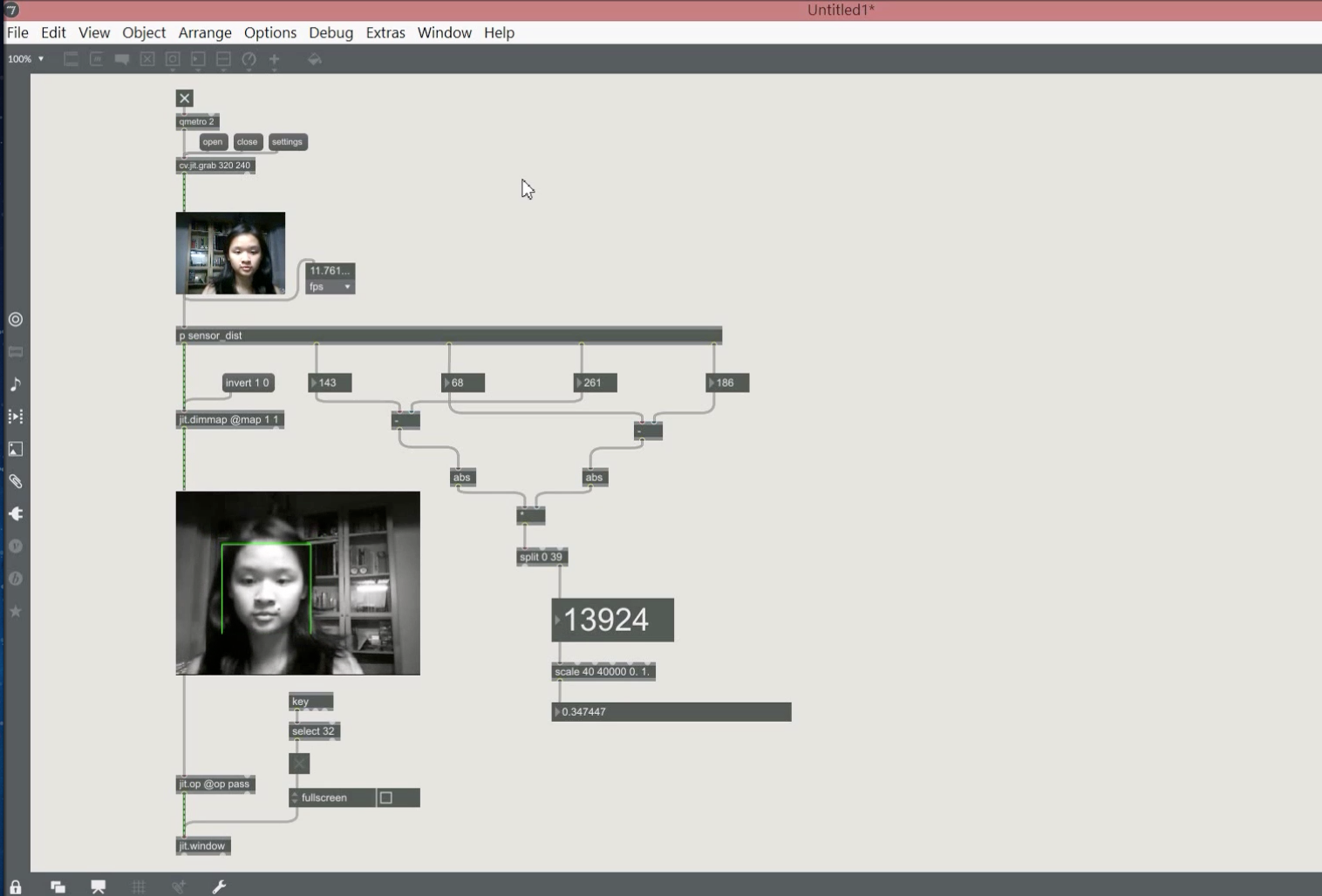