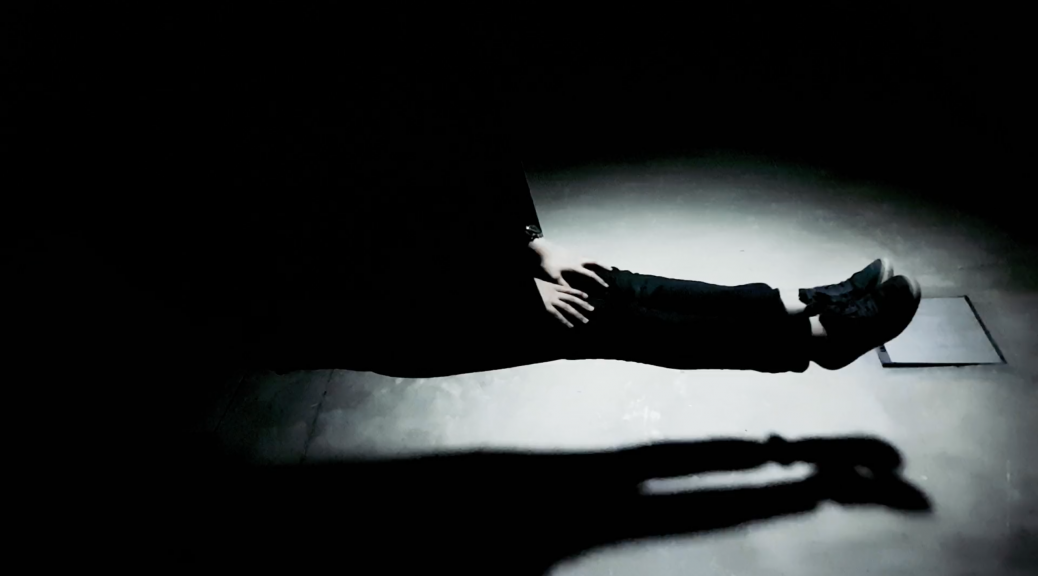 Suspend your Disbelief II is a development of my analogue midterm project. It incorporates sound and light to create an immersive and trance-like audiovisual environment. By introducing strobe light effect and a jarring soundscape, the work is an intervention of a typically peaceful and relaxing play environment. It also aims to distort movement and our perception of time and progress.

Some alterations were needed to customise the swings for the new space (Truss room). I chopped the longest swing into two pieces and made additional reinforcements to the centre. I also shortened the length of the sticks for a sleeker look and to allow for more movement.

The soundscape consisted of a low-frequency drone in the background and 10 randomised accents. These accents were either
created or edited using Ableton Live. I adjusted each accent to make it sound as jarring and ‘noisy’ as possible while remaining unified as a soundscape. Each accent or delay also had a unique light pattern which emphasised its sound.

Some accents had a gradual circular panning effect or sudden jumps between corners but that was not included in the end due to technical difficulties in the space. Multichannel panning would have enhanced the effect of movement and confusion in the space, however, overall I think the result was alright without it. Oh well! 🙂

Interestingly, when pairs of friends experienced the space together, they often wanted to hold hands and swing in unison. Their response was unexpected, but nonetheless very endearing.