Art can certainly change the life of one person who had been deeply impacted by an artwork, yet, I highly doubt art would be able to solve poverty or world hunger within a single exhibit. If such a thing was possible, no doubt we would already be living in a world of pure peace and joy; an oasis.

While I do appreciate and enjoy viewing works related to social practice, I always preferred not doing works of such kind. As such, this article truly resonated with me, and made me think deeper into the reasons why I may have avoided these topics.

To me, art is something more personal and less about the whole world, to put it in a bad way, something more selfish and self-gratifying. In other words, whether the topic be about one’s self or world issues, it stems from the artist’s own feelings for the topic, and it would be seen in a more extravagant light. Perhaps one may argue everyone in the world is doing things based on their own personal agendas, and that I do concede, but what differentiates art from science is the mundane, systematic, raw data and facts from science, as compared to what art may bring – a more aesthetically based, potentially-biased, emotional level of work.

I think this view of what art is influences the way I see social practice art, which on occasion seems to attempt to make changes that in my personal opinion would require a more dire solution which is built on a more solid foundation compared to one that also puts half the attention on the overall look and experience of the solution. What I mean to say is, perhaps trying to solve world issues such as homelessness is not as easy as building a row of houses by artists.

The Project Row Houses by Rick Lowe sounds like an amazing project, yet, as said in the article, it had failed to solve the problem it had aimed to solve. Instead, the situation had gone worse and yet they were praised worldwide.

Is this strand of art a starting point for addressing social problems, or a distraction that keeps us from seeing their true extent?

True enough, one would begin to wonder if those who heard of the Project Row Houses began to research and start to help the homeless more. Or if the government had taken action after the project. Or… Did they sing praises of the project, get amazed by the collaboration of artists doing a “good cause”, and then think the whole problem magically disappeared just from building a few houses?

I do agree this may be a negative way to think of things, yet, I believe the effect of such one shot projects may make others believe the situation is easier to solve than it is. Such projects have been done out of goodwill, yet, it perhaps is also done in rose-coloured glasses, where the artist themselves also truly believe their artwork may make a huge difference. However, reality may not be the case and there may be other factors that people fail to recognise in such big lasting problems.

Reading about Project Row Houses was amusing as, interestingly enough, I had considered doing something similar. While I may speak harsh words of the social practice arts, I would be lying if I were to say I had never thought of doing an impactful work that could help the lives of many. Yet, this beautiful thought is naive, and my eyes were opened by a friend I spoke to, who often did volunteer work to help the homeless.

I had proposed to her about the possibility of creating tiny homes in Singapore to help the homeless. As a product designer myself, I wanted to create space saving and multifunctional furniture, that could help save space while being affordable, thus creating a HDB of sorts made of small apartments for the homeless. In turn, she told me that it was not so easy to solve the issue. The homeless in Singapore had varying problems and reasons for them being homeless. Some did have homes to return to, yet found more company among the homeless, some just wanted someone to chat with, which was what their organisation did, but would reject any more help. More pressing, the government would highly reject the idea, as it would be seen as an encouragement for more to leave their homes, and instead seek shelter at the tiny homes.

Shamefully, I realised my mindset had been too shallow, and likewise to Rick Lowe, maybe we have failed to consider firstly, the true reason for homelessness and how to solve it, secondly, the other parties involved in this “art project” (the government and the homeless themselves), and finally the implications and possible outcomes of the project.

Yet, upon research on how to truly solve the problem, it would seem the solutions often involve education sectors, the government, and other parties that the arts would have little relation to. However, going in depth on the situation and looking at the pragmatic ways to solve it, it would no longer really be an “art” with a more beautified take on the topic. Which brings us to:

The very fact that “social practice” focuses on tangible issues means that, quite often, its aesthetic aspect is downplayed.

In this scenario, following my idea of what art is, I would no longer consider this “art”, but rather just social work (focusing on the issue rather than the aesthetics), that is made pretty. Not to say that it becomes less important or less valuable, but it would not be classified under art in my definitions.

Of course, that is not to say that the arts have no place in social issues. Social practice art yields a very positive outcome for topics that are focusing mainly on awareness. For topics such as domestic abuse, sexual harassment (both men and women), LGBTQ, etc, the arts can play a large role in helping those facing the fear to speak out, or the fear to allow themselves be who they are. For example, it had been thanks to the increased awareness of sexual harassment cases that many victims finally feel safer to voice their own experiences and get the help and comfort they need. In these situations, no doubt the arts may help open up conversations on these sensitive topics, and help people understand what it feels like to be in the victim’s shoes, creating a more compassionate society.

In other words, it seems there is a limit on when social practice art is highly beneficial. It may instead cause misconceptions and downplay of the severity of issues at hand, only looking at the issue superficially. Artists must know how to carefully thread on these lines, and ensure they view the problem in an all-rounded unbiased way.

My name is Tjoa Wei Lin, a Year 3 Product Design and Interactive Media student in the School of Art, Design and Media in Nanyang Technological University, looking for job opportunities in this field.

My passion lies in making functional artisan works, fusing form and function to create a well-rounded work. Being keen in creating highly conceptual works, I have a strong interest in exploring topics surrounding human nature and behaviour, usually creating intimate projects that are in relation to human presence and mind.

To accomplish my goals, I have refined skills such as model making, computer aided design rendering and worked with multiple software. These software include Unity, Processing, Arduino and HTML. 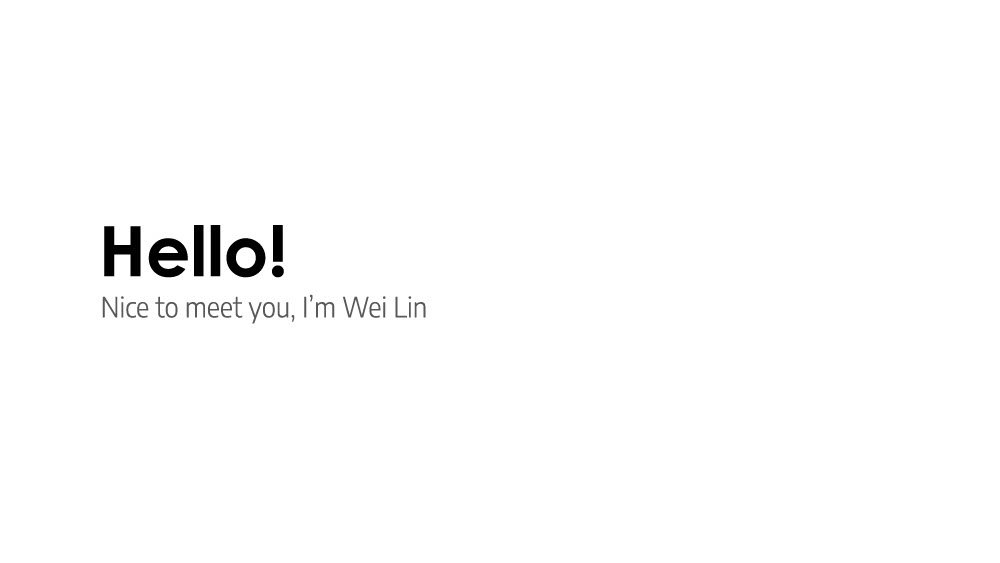 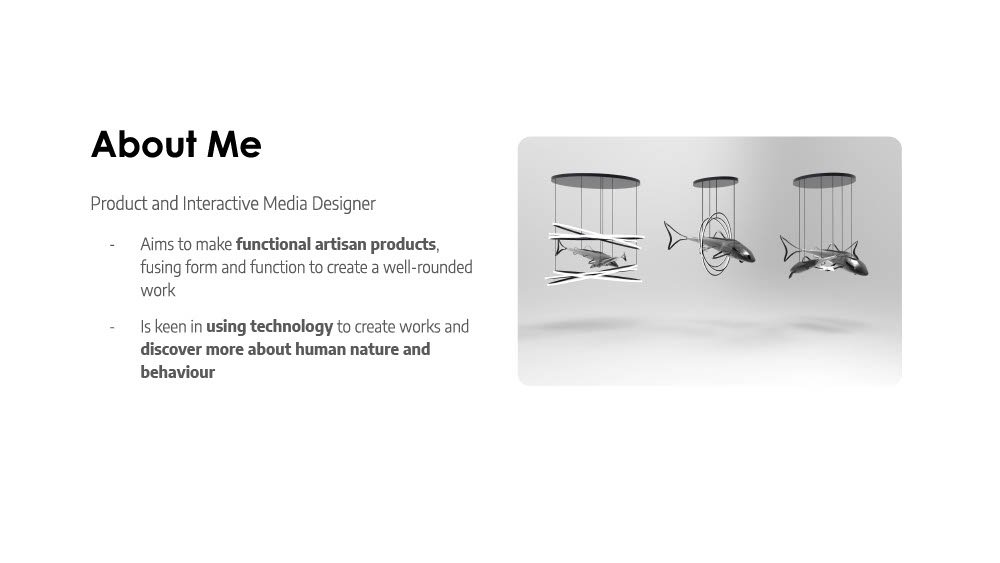 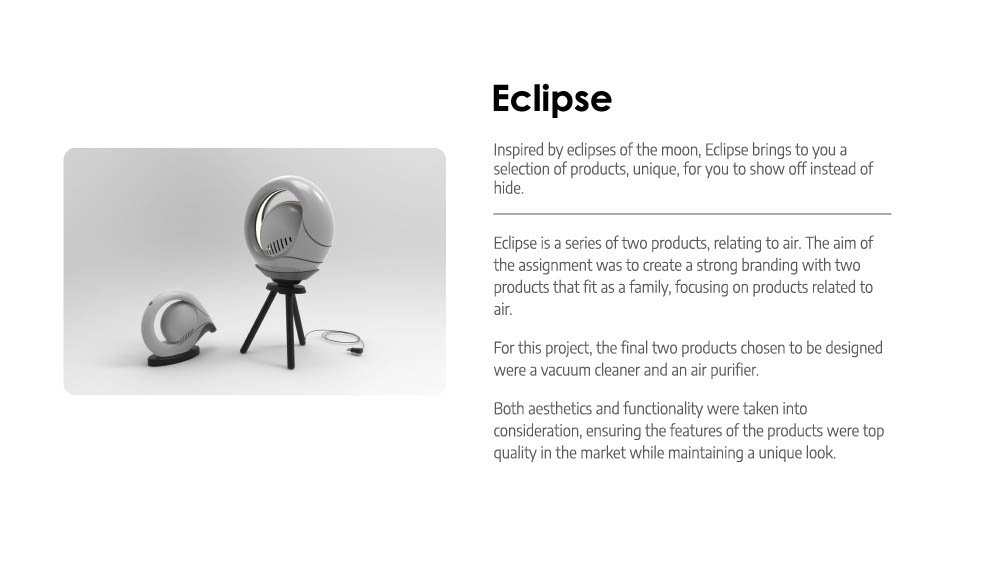 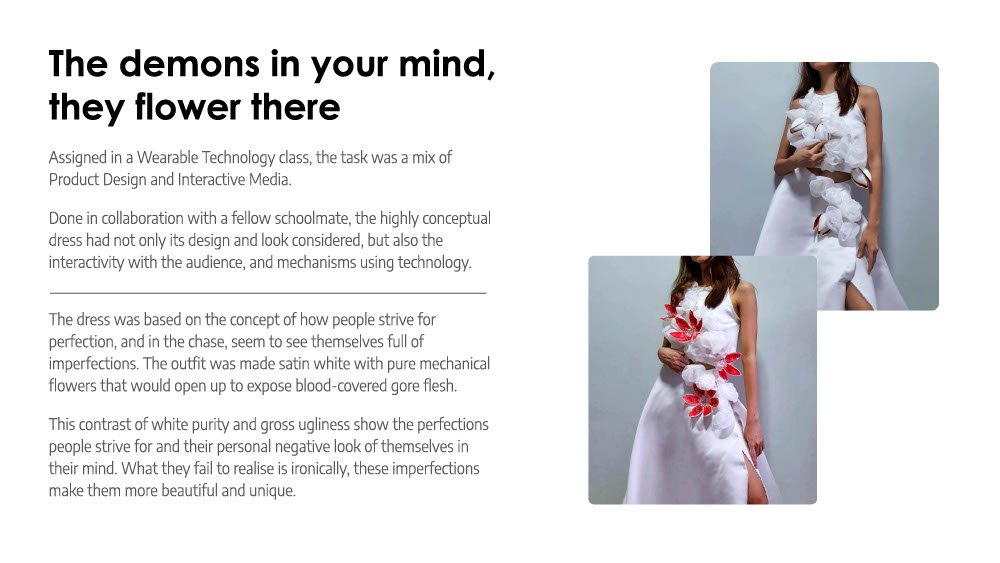 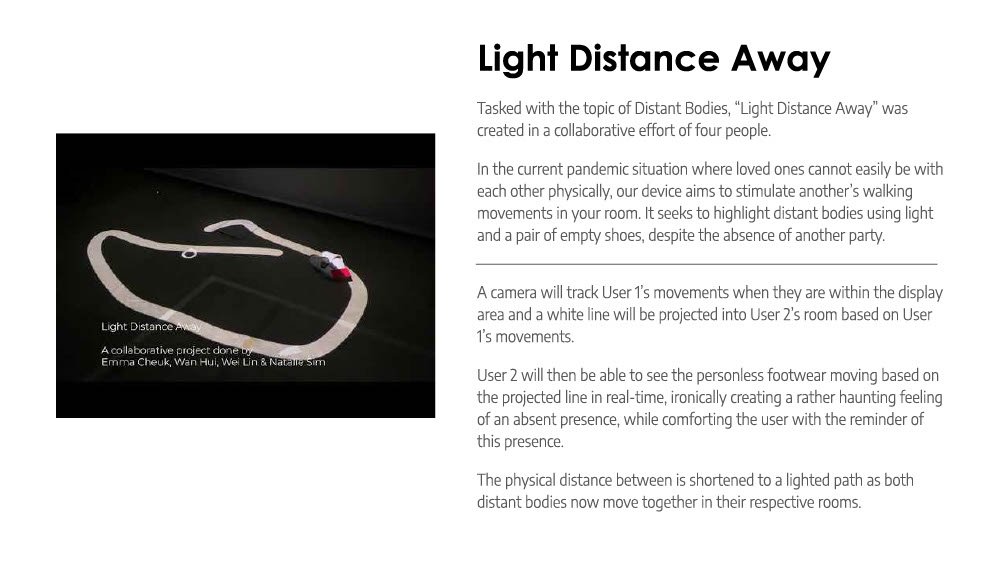 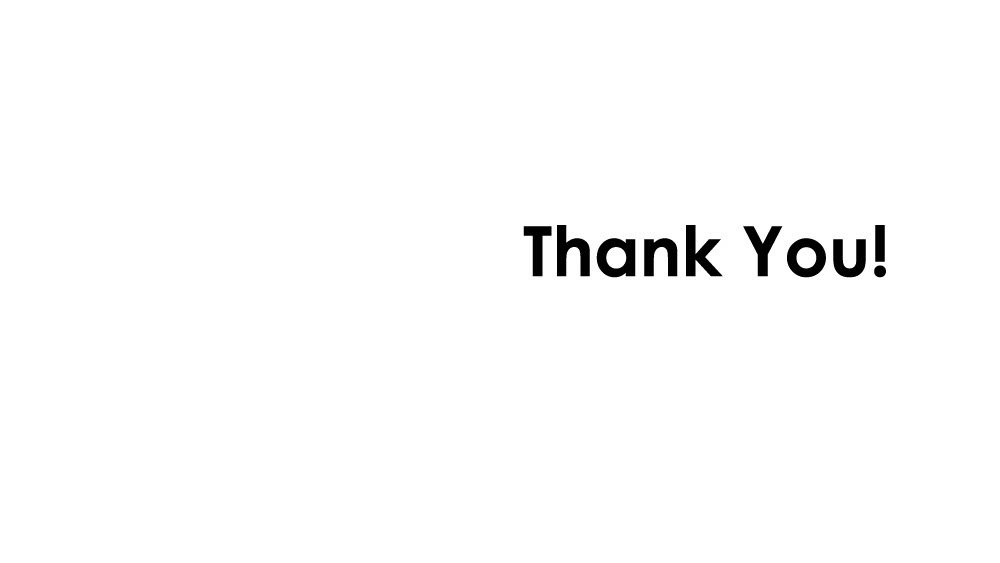