This week’s Micro-Project II came about through the exploration of the complex yet simple concept of DIWO. Here’s what my team (Kai Ting, Ying Hui and myself) came up with:

We were inspired by the literal suggestion of the term ‘DIWO‘, that is, doing it with others, to create a work that is essentially created by the audience as artists themselves.

As discussed by Marc Garrett, DIWO “examines the grey areas of creative (idea) control, the nuances of power exchange and what this means for independent thinking artists and collectives working within collaborative contexts, socially, culturally and ethically.

“It also asks, whether new forms of DIWO can act as an inclusive commons. Whereby it consists of methods and values relating to ethical and ecological processes, as part of its artistic co-creation; whilst maintaining its original intentions as a de-centralized method of peer empowerment in today’s multitude?”

How is G04 Feeling Today?

Due to time constrain, we focused on the aspect of inclusive commons where our audience could come together to create a work of involvement and peer empowerment, rather than challenging the collaborative contexts as mentioned above. For example, unlike Yoko Ono’s ‘Cut Piece’, ‘How is G04 Feeling Today’ does not involve the need for consideration of any social, cultural or ethic context such as how ‘appropriate’ or ‘inappropriate’ a viewer would have felt and affected the way he or she cut away certain pieces of Yoko Ono’s clothes.

(*This project was originally intended to be crowd-sourced from the entire ADM, therefore being “How is ADM Feeling Today”. However, the limited time of doing the project in class led us to crowd-sourcing from our classmates only. Should the time be based daily, our audience would be ADM instead.)

“How is G04 Feeling Today” is a ‘survey’ where the class is given a range of emotions that are tied together with a specific colour, where they will choose the one that best fits their mood of that day: 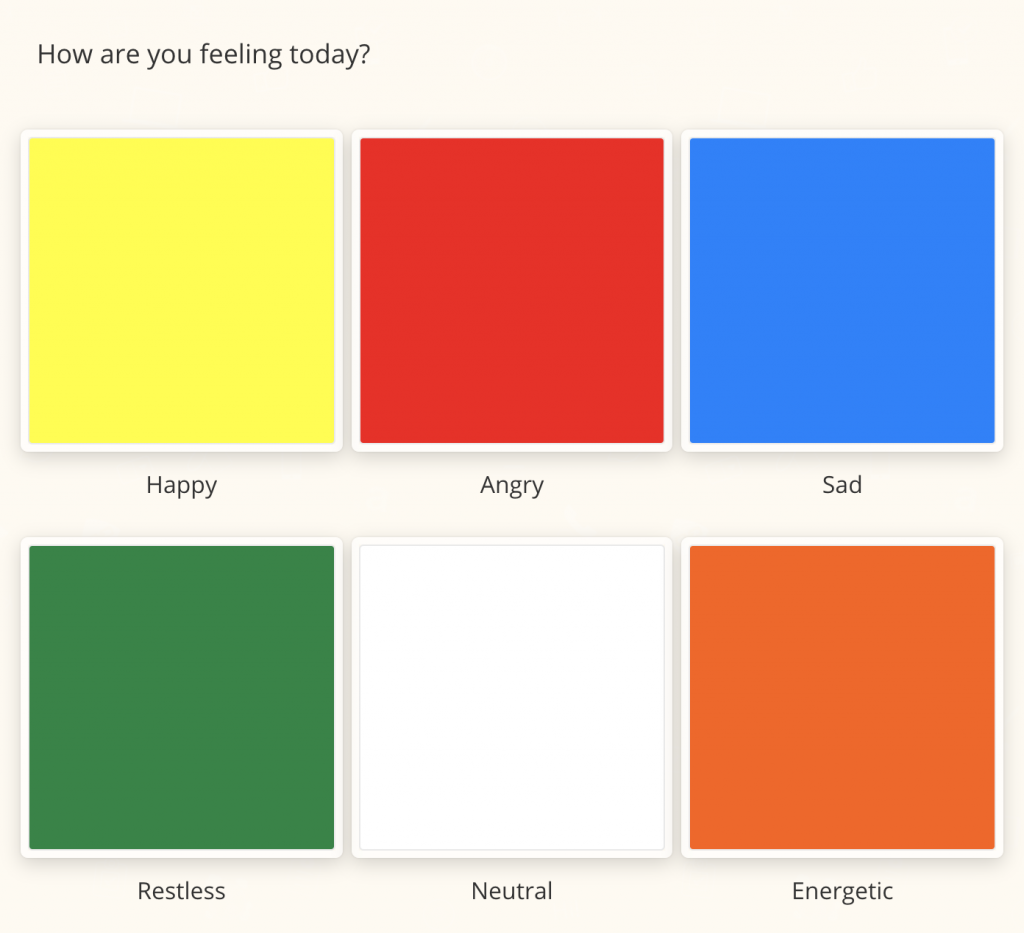 Simultaneous to the live survey, a large screen will project the colour that comes in average as every vote is made. For instance, let’s take a look at the results for how G04 was feeling that day: The first few audiences to vote had been feeling ‘sad’, hence the screen projected blue. With the addition of the ‘neutral’ white, the projected colour turned lighter. However, as more ‘restless’ votes come in, the screen had slowly shifted over towards a teal/turquoise and eventually, the average of ‘restless’ took over and therefore the final projected colour became a light green. 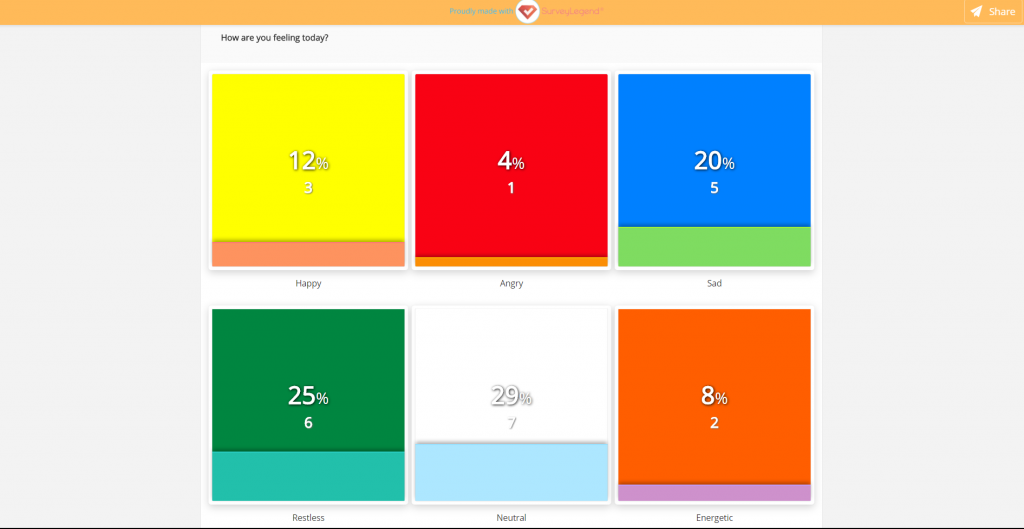 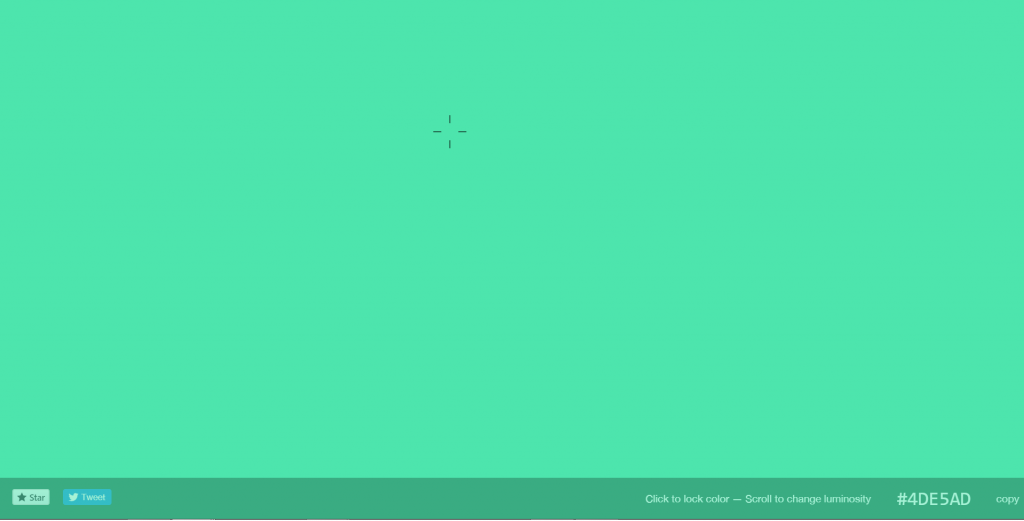 At the end of the day, the viewers have become the artist where their individual selections of colours have contributed to the final colour, therefore creating a collective artwork. While this may seem as an equal collaboration amongst viewers, the artist still holds some control over the entire work. The controls that the artist still holds are the selection of colours that have been made available to the viewers, as well as the fact that the outcome will only be one colour.

Tying it back to the quote by Marc Garrett, the way that the viewers may feel empowered by this work is the simple fact that they have made their own contribution. Furthermore, viewers will be able to see how the people around them have been feeling that day, which may or may not take them by surprise should the colour turn out to be the same, or not the same as what they had voted. For instance, Joel and Lei had voted for ‘happy’ (yellow), and were surprised that majority of the class was feeling rather restless in comparison. The rest who had voted for similar emotions (i.e. restless, sad) may then be able to feel that they are not alone in feeling that way that day, and may even be empowered by peers who had voted for more positive feelings, since the results are available to all.

While the micro-project may be done manually without the web, it may become too hectic for the counting of votes should the project be brought to a larger scale (i.e. not limited to G04). If more time could be invested in the project, it may even be coded so that the projected colour will be able to adjust on its own in accordance to the survey.