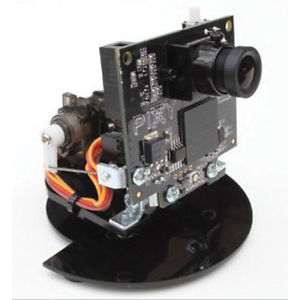 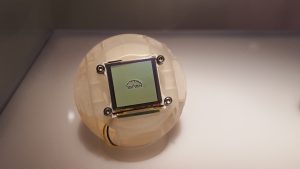 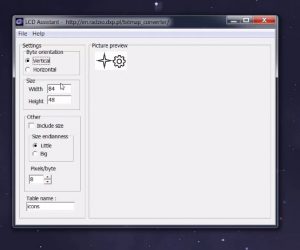 Our project is a Mukbang broadcast. During the broadcast, we all ask ourselves if we’ve ever done something. Another aspect we’ve incorporated into this performance was the use of chroma keying, so as to add an additional dimension into our performance, and not only separate our broadcast laterally, but to show a sense of depth. The theme of the broadcast isn’t necessarily about the Mukbang itself, but is more about ice-breaking, and finding out about ourselves. The hope is that this very intimate moment would break the distances between ourselves.

In short, the project could be summed up as 70% preparation and 30% execution, and even then there were a whole set of unforeseen circumstances that had to be fixed on the spot. The first issue was with the alignment of the perspective. Isaac, Anam and I were able to set the perspective on the foreground elements just fine, but things started to change as we decided on setting it up on isometric, rather than have it converge on a vanishing point. By the time we began setting up the background, the tables were no longer aligned. Due to the dreaded bandwidth latency, adjusting the perspective on any of the 4 broadcasts was difficult. We eventually settled with a collage-styled broadcast, but ran into several more issues with the alignment of table props. Initially, we were able to assemble all of the chroma key screens. However, when the broadcast came up, we had to immediately get into position, as OBS was known to cut intermittently. As a result, we were unable to set the color settings right, and some of the broadcasters ended up becoming keyed out.

To solve the issue of bandwidth latency, we added an additional Skype chat so as to communicate with one another.

Mirei was involved in setting up the broadcast on my end with the help of her laptop. We decided to leave the sound off so as to remove any unintentional feedback loop with the Skype chat. She was also responsible with helping to setup both screens for the chroma keying. However, due to the fact that we were limited in our supplies, and due to the fact that the fabric costs $30 per 4 square yards, we settled with whatever material we had. The issue with using orange for chroma keying rather is that orange slightly matches the skin tone of a person.

Isaac was involved in putting everything together in OBS, and although the broadcast was lagging in parts, and had several broadcast interruptions, he was able to keep the broadcast from being cut off, which was a common occurrence on my end.

Anam was involved with setting up his end of the broadcast, and set up the Skype call for all of us. He was also involved in other logistical aspects of the production. Anywhere from setting up the space and camera orientation.

On my end, I was involved in getting the greensuit made, and did a few tests on the suit to see if the software was able to key myself right. It was crucial that i got the measurements correct as any loose part of the clothing would cast a shadow on my suit and affect the overall chroma keying. Removing it in post-production would not be an option due to the live nature of the feed. I initially thought of making the inside of the suit show another video, but decided against it due to memory usage.

All in all, we’ve spent a total of 2 and a half hours setting up everything, and although the final broadcast was riddled with unexpected issues, there are a few things that I’ve learnt from this experience. It is rather difficult to plan something as complicated as a broadcast. Rather, the approach to go would be to have an improvisational approach, and see where the waves take us. We were inspired by the works of Kit Galloway and Sherrie Rabinowitz, but personally, I had been inspired by the hole in space exhibition that was created in 1980. Some of the ways used to describe the artwork was intriguing in and of itself, with some calling it an “interactive sculpture”, “Satellite arts” and even an “interactive portal”.  Though the emotions  felt in the exhibit that day were of surprise, intrigue and connection, ours was filled with tension, inquisitiveness (due to the quiz) and vigilance (as we were not only participants in the broadcast, but were monitoring it ourselves)

The other thing that I took out of this project was the fact that although we were looking directly at a greenscreen, and wasn’t able to see the end result (we could only see our own feed without the chroma key effect being applied), we were actively acting as though we were all a part of the same space, and never for a second treated the medium as if it were a barrier. We intentionally left the final touch of the performance in the hands of the audience, who are able to witness the whole exhibit and has effectively completed the narrative of the work. 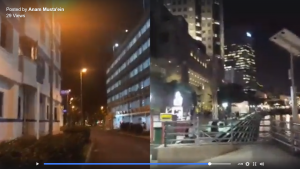 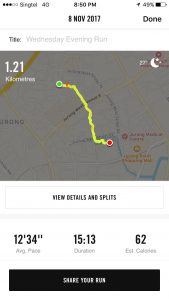