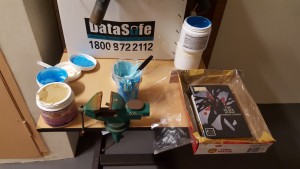 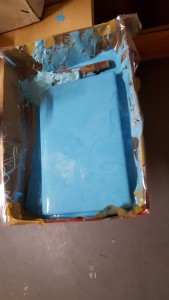 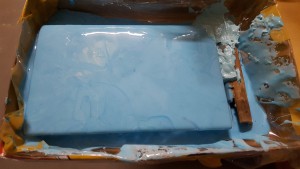 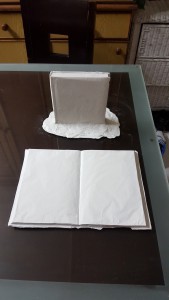 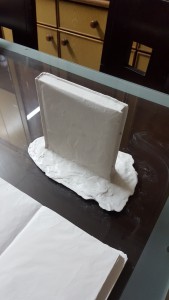 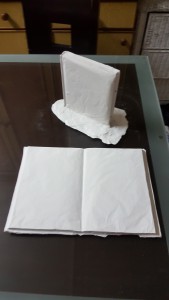 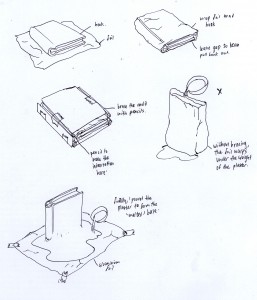 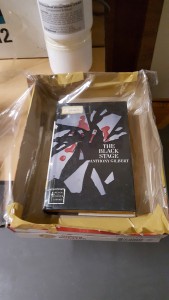 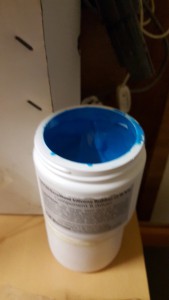 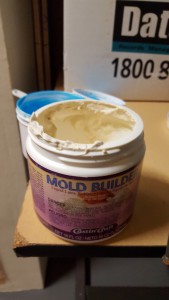 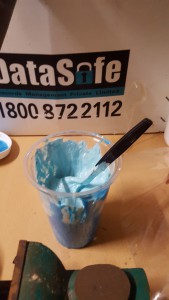 So it’s time to talk about the final assignment. It was a long struggle to get to the end but I firmly believe that i’ve done the best.

For the final assignment. I did a mold out of aluminum foil and placed it on top of a book. Afterwards, I added some additional details like the grooves and the edges of the book. The detail of the book pages are easy to make for the horizontal version. However, the vertical version proved harder as the weight of the plaster cast was too heavy that the sides of the mold started warping . To mitigate that, i attempted to add some cardboard to strengthen the sides. The end result was a cast that was still a little warped at the sides, but not heavy and bloated at the bottom.

I had initially experimented on using A and B mixture of resin, but faced the same issue. The mold was not only prone to flexing and warping, but was also prone to breaking apart should the mixture be uneven.

After casting both molds, i initially intended on breaking the book with a hammer to show how the antiquated (in my opinion) medium was falling apart, but settled with creating a melting effect as the dust particles from the plaster broken book would pose as a health hazard, especially when inhaled by accident. So i mixed more plaster with enough consistency so that it’s neither too diluted nor too stiff. I placed the book cast on the foil and poured the additional plaster. The opened book began fracturing in certain places, which was part of the intention. In the future, i may consider breaking it apart, or place it outside of the library and tempt users into breaking it with a blunt instrument.