We found this youtube tutorial on how to make images into a mesh and affect it with audio input. This takes the brightest points and extrude outward to the viewer. see here 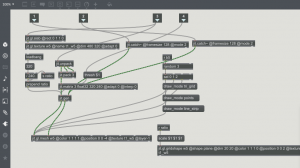 We altered this by taking image from the webcam instead of using images as in the youtube tutorial. For the webcam image, we got it to randomise brightness, contrast and saturation every 5 seconds.

We also had to deal with positioning and orientation of the webcam input because we wanted it to mirror the viewer. So had to make the mesh orientate in the same way as the matrix we get from webcam. Matrix can be re-orientated with DimMap object, but for the mesh we had to play around with the values of its position in the Jit.World objects.

We also got it to display lines and grids based on the peak amplitude and pitch of the sounds being generated. 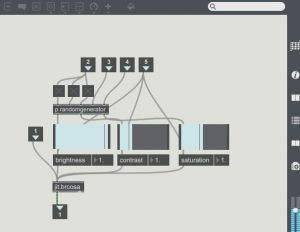 Randomizer for saturation, brightness and contrast 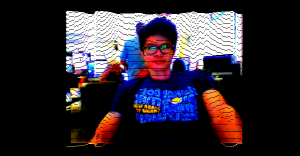 though i’m not a big fan of obscurantist literature, i’d have to say that the methodology of disseminating information through steganography is quite fascinating. In fact, there exist a condition called typomania in which the sufferer is obsessed with seeing his or her name in publication.

There was a similar incident in real life, where members of Al Qaeda hid secret messages in pornography . If not for the fact that one of the members was arrested in Germany, investigators would not have looked into this video, as it was typically known that pornographic material was frowned upon in the muslim community.

As for the writing style itself, there exists a literary technique in which story writers would write a sentence and have others complete the sentence. The third individual who follows up on the second story writer would then be unable to see what the first person has written, while the fourth writer would only see what the third person has written, and so forth.  The end result is a chaotic and meandering experience, and in certain cases would be used as a framework for writers seeking to break away from procrastination. 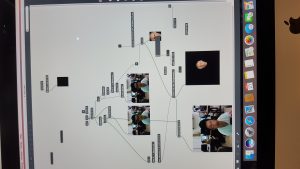