The Ruben’s tube is basically a metal tube with a couple of holes, which work similarly in principle to the Bunsen burner. The interesting application comes in when the flames move up when the gases in the pipes are exposed to low to high frequency music . This creates a wavelength effect. The following installation has about 2500 holes installed in a flat 2 dimensional surface, and although the visuals don’t look all that impressive while doing a pitch test, it starts to take form when drum and bass style music is being played.

Although the video doesn’t go into specifics as to how the device is programmed, I feel that the aesthetics of the device is interesting enough to show here. 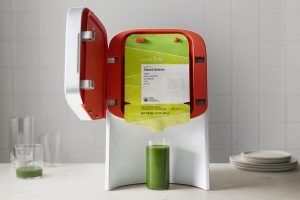 The next product is something that i would like to talk about, especially when it comes to snake oil-like salesmanship. The reason why I think it is relevant is because people seem to be technologically illiterate about technology in general. The device is the Juicero machine, and it is basically a device that squeezes out a packet of organic juice into your cup. It advertised itself as a device that can be operated on remotely through a wifi signal. The force of the push was also advertised at a whopping 8 tons.

The problem is that the device has to be constantly logged into the wifi network in order to work, and an additional app has to be used in order to operate it. On top of it, the packet itself posed a huge problem. Firstly, it has to be mail ordered, thus making purchases inconvenient. The packet also has a QR code, which has to be scanned before operation, this throws away all hope of using other branded juice packets. To make things worse, the QR code also takes in expiration date information, meaning that packets that have expired cannot be squeezed out, even if it has only expired for a few minutes. This feature, according to Jeff Dunn, was added so it could immediately recall the sachets in the event of a product recall.

The final nail in the coffin was drawn when videos emerged where were squeezing the sachet manually by hand, and without much difficulty. This eliminated the need of paying $699 for the Juicero machine altogether. The company has since reduced the price to $200, and has laid off 25% of the staff. It eventually shut off, after issuing an apology.

I’m not a big fan of adding in wifi signals or adding additional features for the sake of novelty, and less of a fan of people using this novelty to sucker people into donating big bucks into their kickstarter project. 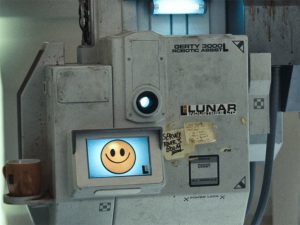 The next installation that I would like to talk about is the interactive art device called Tangible media.The device is a new take on the Pinscreen, a popular desk toy that allows you to create a rough 3-D model of an object by pressing it into a bed of flattened pins.

In this build, the pins are connected to a motor controlled by a nearby laptop, the camera from the kinect takes in infra red signals from the user and projects them onto the pinscreen.

This project had me thinking about how I would be able to do something similar with a much smaller budget. Using a webcam, I would then aim it downwards onto my arm and have the setup lighted downwards so that the image registers contrast clearly and keeps the shadows on the corner of the arms, rather than having it one side over the other.  I would then be able to use the rgb values/luma values and use cellchecker in max to get values from each individual pixel before sending them to each individual pin.

There are a few limits with this setup however, although the pins slide up/down fairly well, they are’n’t entirely 3 dimensional and still require the user to look at the installation from one single vantage point. I could see this installation being applied towards representation of data or physical topographical representation in maps. On a much larger scale, i could foresee this being used to redefine topological/partitioned spaces in shopping malls, depending on the kinds of events or roadshows which would be presented in the atrium.

One small device which may use this application would be a morphological tactile surface controller, similar to a keyboard that changes ergonomics, which brings me to the next device…

Another device that tries to use the same principle of a modifiable tactile surface is the customizable MIDI controller. The thing that makes this controller different is in the detection of velocity and dynamics, creating a more nuanced controller that can play notes of varying volume. This principle is also applied to the stylus pad, allowing users to paint more naturally, compared to the rigid wacom intuos 3 stylus, which has to be custom controlled, and has a more limited tilt and pressure sensor which has to be calibrated. The selection of brushes would also be limited there. However, the sensel skips the hassle of brush selection online.

The touch pad itself is intuitive, and is a simple more plug and play configuration. Other configurations include the trap set, keyboard and the MPC controller. 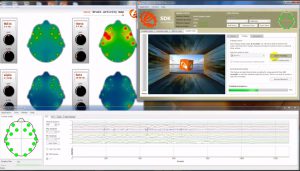 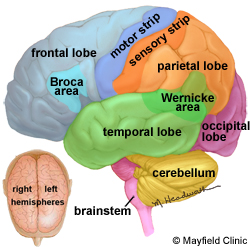