The Dominant sound would be the Xylophone. This because it resonates and lingers afterwards. (as seen by the decreasing sound waves)

Whereas the Sub-dominant, rhythm stick, has a cleaner end. It does not lingers and quite straightforward. Hence the straight line(refer to the sound analysis).

The Sub-ordinate which is the zig zag block, has a ragged heavy sound that has a presence despite its lower pitch.

The Dominant sound would be the rhythm sticks. This because it holds a huge presence throughout the sound(as seen by the concentrated yellow lines) and makes up the whole base of the sound.

The Sub-ordinate which is the xylophone,  lingers for a while. And only makes its presence every 3 sets of rhythm sticks. 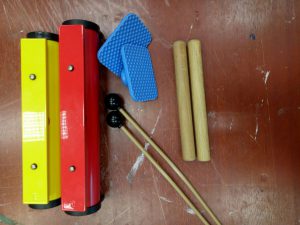 Please listen to Soundtrack A above while viewing the GIF below 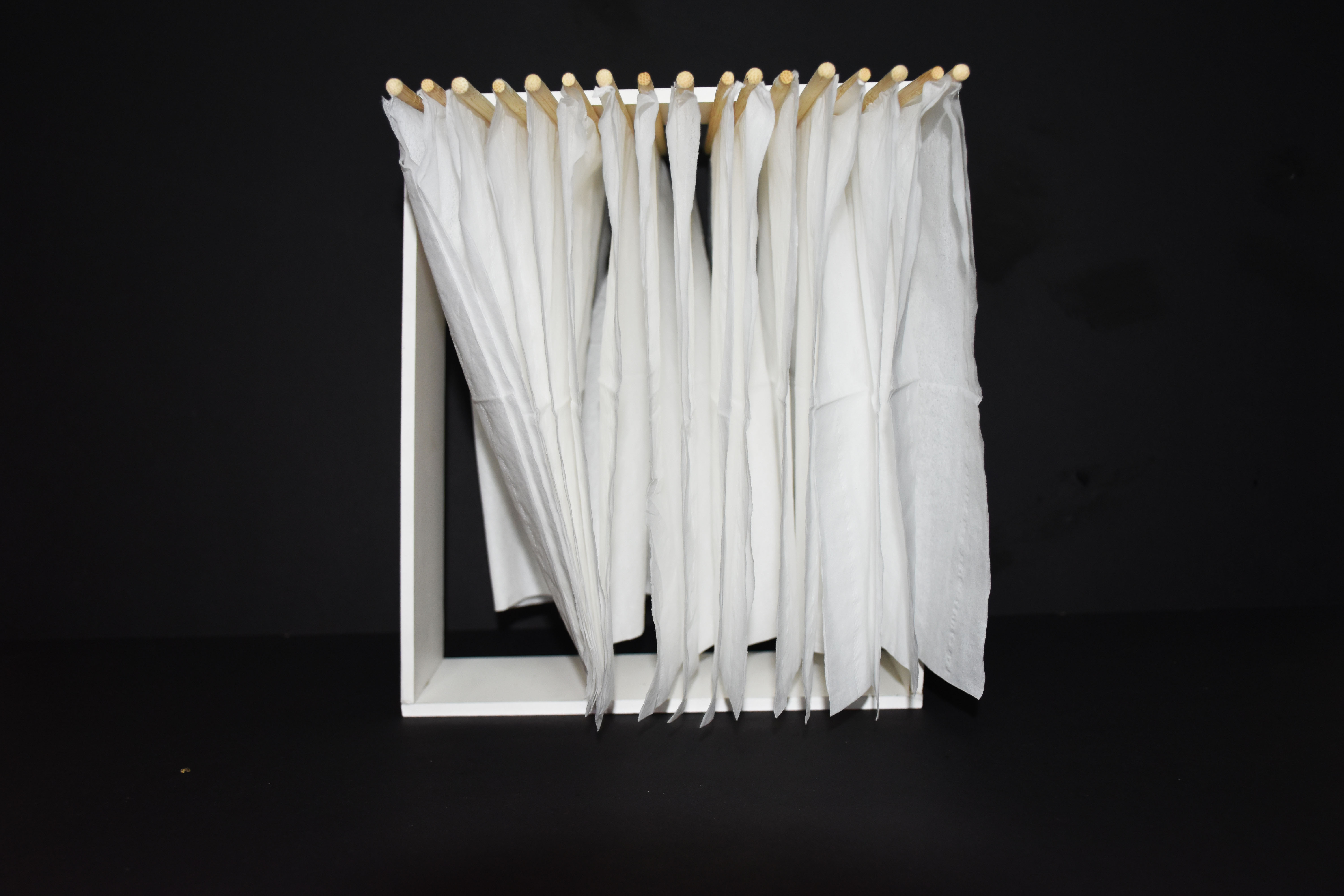 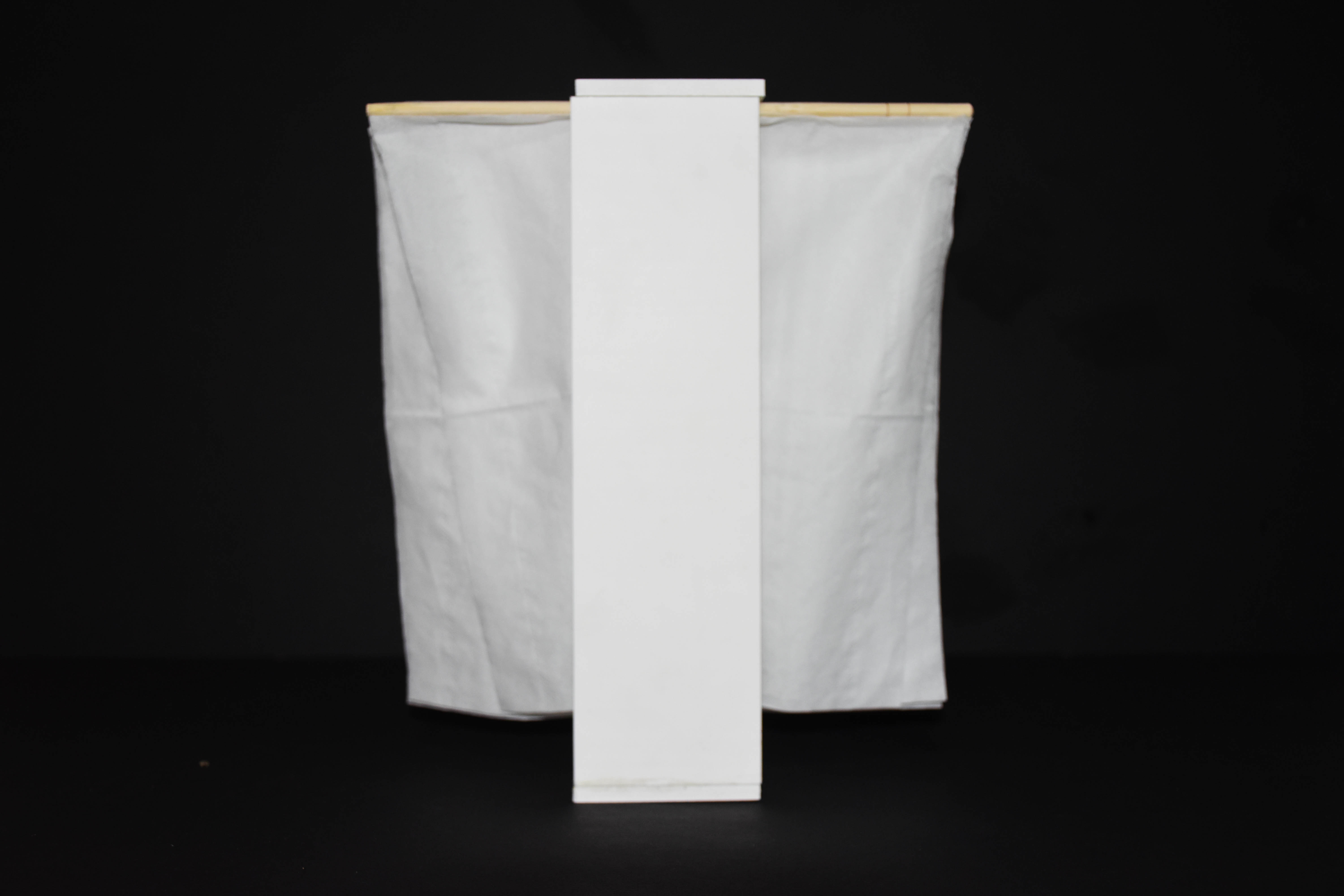 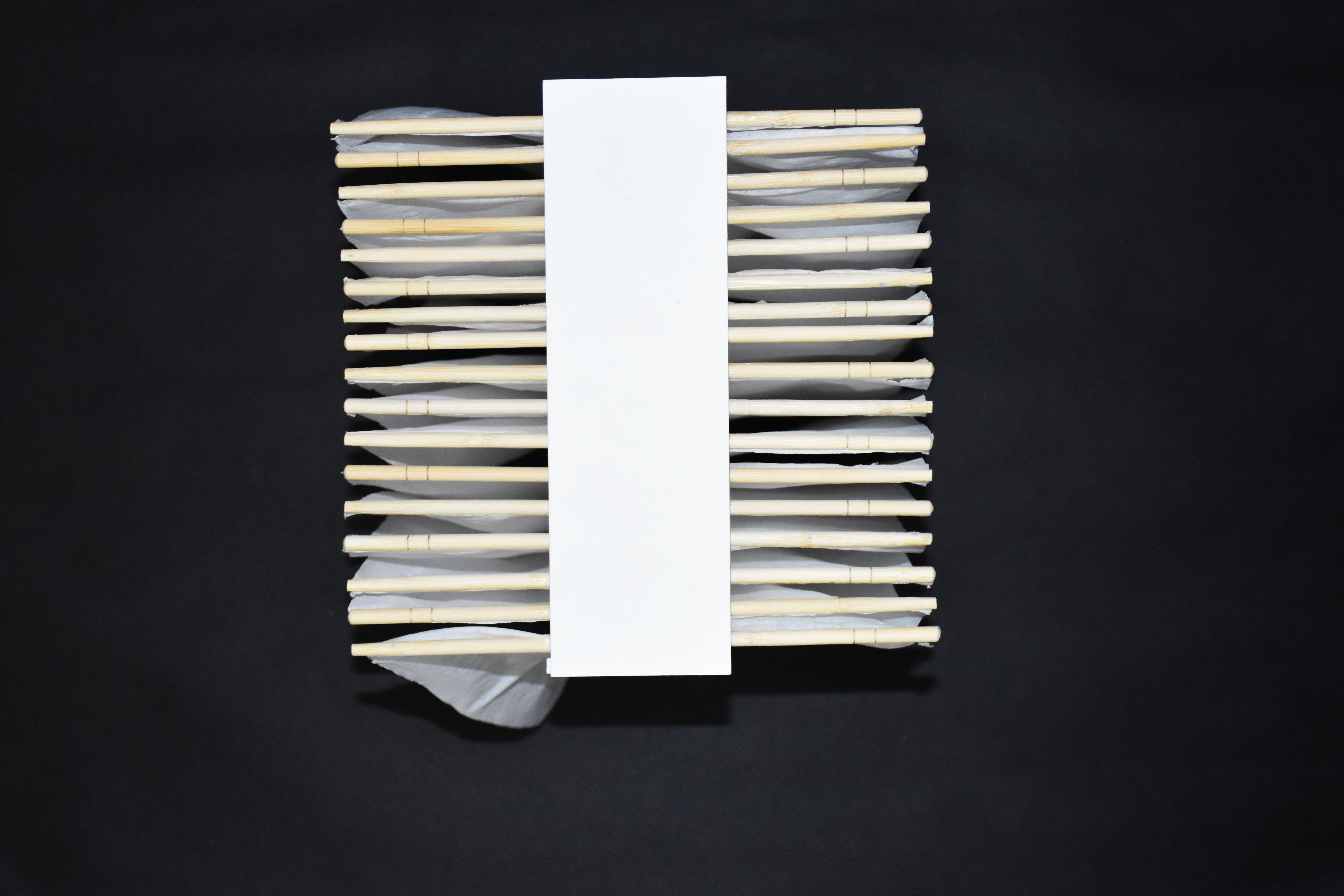 This moodbox is based on Sound A.

Interpret Sound A as calming, airy and associate with pure/white.

Sub-ordinate element would be the framing that holds the entire frame. The frame are sturdy and heavy, which replicates the heavy sound of the zig zag block. The white frame are not too thick as the zig zag block has a lower pitch and the flatness of the frame

Reflections
Spacing arrangement of chopsticks can be widen, according to the rhythm.

The Sub-Ordinate element can be further improved, and better represent.