After deciding on a storyline, we set up a timeline to help us properly picture how the story would progress, making changes along the way. This was done using a spreadsheet as shown below.

Our story was about domestic and sexual abuse, and we planned to portray the other members of the family finding out this situation, telling viewers how the entire thing unfolded and its ending.

We used a children’s storybook approach, throwing viewers off from the actual horrors of the story. The plan was to make viewers do polls and vote without the knowledge of the truth unless they look further into the details within the different accounts.

Evelyn was the one who had the drawing account, made as a way to de-stress and draw out her thoughts from the trauma she was experiencing. Adam, on the other hand, is a diva who posts things from his day to day life.

For Evelyn, since we wanted to avoid direct throwing of information, we used a metaphorical approach, such as describing the sexual assault she faced as a “sleepover”, something people would only realise later on when they think beyond it being a children’s book.

Time was an important factor in our story as when the posts were posted pointed to different hints. For example, when the monster hurts Sir Bubblegum, Adam posts about his sister getting hurt (bad scrape on her arm). 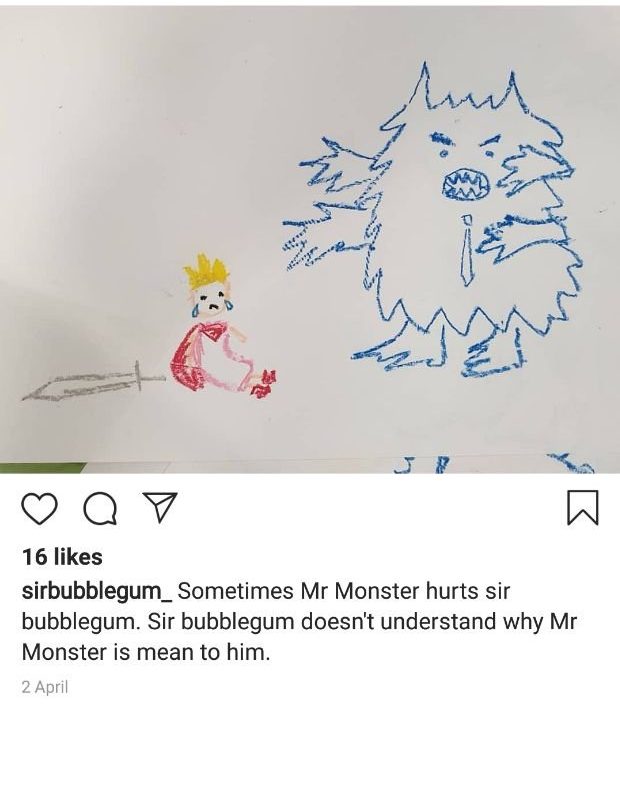 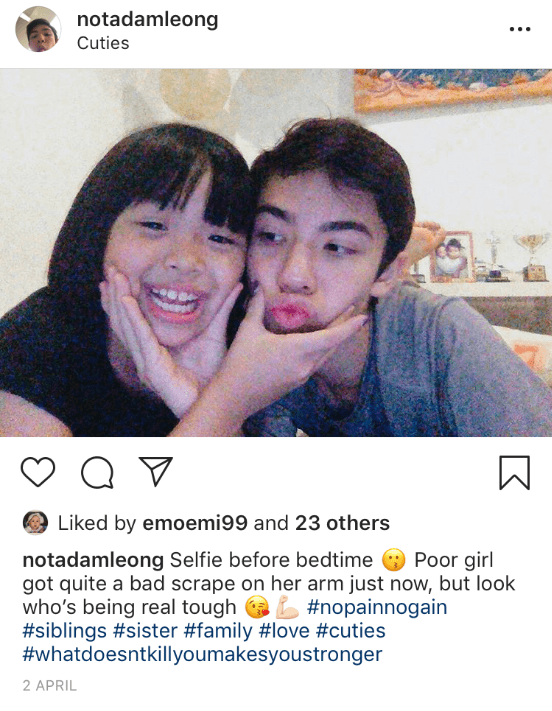 It was an interesting project as many people had different views of our project. There were many different speculations as to what the story meant. But as we released mo

re info, more viewers began to understand what had been happening.

Our project differs slightly from the others in that the interactivity is only at its peak when one follows the story as it is released. Since Sir Bubblegum releases the posts in a story format, viewing it after would not have the same effect.

The adorable style of the drawings had been a driving force in viewers’ interest in the story – making them believe that it was just a cute fictional story made by a child. This resulted in different speculations of the story with most believing it to be a fun story.

Most people tried to find a link of Adam and Evelyn’s story, and they often figured things out towards the middle.

Our story has 4 events happening, but 3 main segments.

The first segment involved setting the scene and introducing the characters. This is when most people are still very much unaware of the situation. Hence, when we had a poll during this time, some people chose the option that actually was detrimental to Evelyn, due to the lack of information.

During the second segment, which was the interaction week, it had been mainly more polls from both ends, and the peak of the story occurring, with more viewers, slowly uncovering the truth. The polls now decided the outcome of the story, and it was amusing to see the reactions from friends who knew of the story watching those who did not choose options that had a bad result.

The last segment also required more interactivity through searching. Where sir bubblegum now has no more posts and people must uncover the truth through the mom’s facebook post.

Overall, it had been a unique project and a fun learning experience for us all.